Its been a while since we’ve taken a look at a Seagate product and our last Seagate SSD review was the Seagate FireCuda 510 back in 2019 when the company was still spinning off their SSD efforts. Fast-forward to today and we now have the latest iteration of SSDs from Seagate: the FireCuda 530 and the company has really caught up quickly with the rest of the market.

The Seagate FireCuda 530 debuted along the same time as Sony announced their firmware support for M.2 storage expansion. This announcement came with Seagate announcing their FireCuda 530 heatsink option which confirms tightly with Sony’s size dimensions but also goes the extra mile by working with industry cooling veteran EKWB to add some hefty cooling to their 2nd-gen PCIe Gen4 drives. Seagate sells non-heatsink models as well for motherboards that have an integrated shroud and M.2 heatspreaders.

That said, the interface isn’t just the only new thing we have here as Seagate moves to 176-L TLC NAND. Coupled with the Phison E18 controller, its template PCIe Gen4 7000MB/s specs and Seagate ensures that for non-performance seekers, quality is backed by the Seagate name.

In this review we’ll take a look at the 1TB option of the Seagate FireCuda 530 Heatsink model and this review introduces our Playstation 5 and storage tests for gaming by UL. Read on to find out more!

Seagate’s premium touch for their products begin with the packaging. Seagate ships their SSDs in full-colored box with a 3D mascot of their product line. For the FireCuda, we have a 3D dragon adorning the front with the orange series colors. A small hero image of the actual product is on the package to indicate the actual model.

Inside the package we the actual SSD and a bunch of paper works e.g. quick star manual and a sticker sheet. Seagate also includes a Rescue data recovery voucher with this drive.

The Seagate FireCuda 530 is a standard M.2 SSD. While the non-heatsink version would only have a sticker adorning the it, the heatsink version will be pre-installed with an EKWB heatspreader engineered in collaboration with Seagate. While standard heatsinks will usually have dissipation fins, the Seagate FireCuda 530 is a solid piece of metal. A special coating treatment also further helps the thermal performance of the drive but unlike other solutions, it relies little on active airflow. Removing the heatsink is very hard and is not recommended. I removed to show you the chip layout which is the same as the non-heatsink version. Standard M.2 heatsinks will range from 5grams all the way to 12grams from the ones we’ve tested from the likes of Corsair, Adata and Patriot. The EKWB heatsink on the Seagate FireCuda 530 is a hair under 32 grams. That is a significant increase in material density.

Most motherboards will have integrated heatsinks especially high-end ones. For maximum compatibility, the non-heatsink version is best used on these scenarios. For those that have more open slots, the heatsink version works well. Seagate designed the FireCuda 530 Heatsink version with the Playstation 5 in mind. Sony has indicated a very tight guideline for clearance, seeing the FireCuda 530 fit like a glove shows how much EKWB maximizes the dimensions for the best possible results. The Seagate FireCuda 530 1TB saturates its SLC cache around 390GB and tops out at 5.5GB/s. The speed drops to 800MB/s afterwards and recovers a bit near the end of the write load. Seagate is very adamant in positioning the FireCuda 530 as a top-end solution for gamers but particularly focuses on Playstation 5 and performance backs this up. Talking about the heatsink version specifically, Seagate’s cooling choice is a very good one. Cooling on SSD is not just about prolonging product life but to avoid performance drops. Most SSDs will either throttle performance or totally shutoff when temperatures go past their thermal limits.

In the case of the Seagate FireCuda 530, the heatsinks helps it stay below 70*C. Most of the drives we’ve tested hovers around 78*C on full load with a graphene heatspreader. The FireCuda 530 tops out at 65*C on a fully passive setup. This is beneficial for set-it-and-forget-it usage like on the Playstation 5 where active cooling is not a particular strongpoint of the device. Seagate curbs this limitation with pure mass.

Overall performance backs this up and the Seagate FireCuda 530 is easily one of the fastest M.2 SSDs we’ve tested. This does come at a cost: the 1TB models for the Seagate FireCuda Heatsink models go for Php13,500 while the non-heatsink model is around Php12,500. In comparison, Samsung’s 1TB second-gen Gen4 SSDs go for less than Php10,000 with Taiwanese brands like Kingston going for roughly the same.

Seagate even things out with extra value with their recovery bundle as well as their more extensive after-sales support. Seagate’s warranty is far better than the majority of many competitors and this sets them apart far from the rest of the market. As with everything related to data, backup is very important so please keep a backup of very important files as no warranty will save you from potential data loss.

The Seagate FireCuda 530 is a very well-made SSD and as most products will be measured by their performance, Seagate goes out of their way to really make quality a little more stand-out with the heatsink version.

Seagate backs the FireCuda 530 with a 5-year warranty. I give  out B2G Gold Award for performance. Should We Have This Meeting? 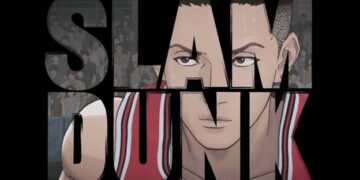