It has been over a decade since smartphones and mobile apps become an integral part of our lifestyles and the way we interact with each other. Did you know that by 2022, the number of smartphone users was estimated to be 6.648 billion, or 83.89%, of the world’s population? That’s a lot of collective screen time!

With numbers this high, the mobile app market is enormous and growing. In 2021, there was a rise in the popularity of some apps from 2020, while a couple of new titles made the top favourites list.

Unsurprisingly, the most downloaded app for 2021 was TikTok, which saw a download count of 656 million compared to the 850 million downloads it had in 2020, when it was also in the top spot. To date, TikTok has a whopping 3 billion users located around the world.

The mobile apps that saw a massive downgrade in downloads compared to 2020 were WhatsApp, with a downgrade of over 200 million, and Messenger, which saw a downgrade of around 150 million. In fact, Meta, which owns both WhatsApp and Messenger, saw a 20% reduction in stock price in early 2022, when the company reported that it was losing a significant portion of its market share to TikTok.

What Apps You Need to Have on Your Phone

Apart from the regular apps, mobile games have also grown massively in the past few years, making up a large part of the gaming community. In 2021, 88.9% of all gamers included players that play mobile games. In numbers, that means 2.4 billion out of the 2.7 billion worldwide gamers are mobile game players.

With a player count this big, it’s no wonder why game makers are constantly launching new mobile games into the market and updating their existing games with more modern graphics and interesting gamified features.

Online gambling on mobile has become a very popular activity amongst players in recent years, particularly when the Covid-19 pandemic temporarily closed down land-based casinos. Today, mobile online casinos have become extremely popular and offers players the chance to try their luck on a tonne of game genres like slots, jackpots, live casino games, bingo and game shows – all on the go!

Many reputable online casinos have started developing their own mobile apps with the purpose to offer their service to players through an easy-to-navigate mobile casino app. These mobile casinos give players a chance to enjoy some of the incredible casino games any time they want, from any place in the world.

Mobile casino apps can be downloaded on your phone or tablet and are frequently updated with the latest game releases and titles created by renowned and reputable game studios.

Apart from mobile casinos, plenty of sportsbook sites have also embraced the shift to mobile by creating their own sports betting apps. Here, players can place bets on all kinds of sports like football, horse and motor racing, basketball, e-sports and much more. Some apps also include the option to bet on non-sporting events, such as entertainment shows or political elections.

When selecting a sports betting app, you’d want to make sure you’re confident with the layout of the app and that the app doesn’t lag when refreshed. This is particularly important if you plan to place bets on several live games at any given time.

The trend line is clear – people enjoy playing games as well as betting on the go and won’t be stopping anytime soon. Give some of our suggested apps a try the next time you find yourself stuck in a queue or looking to pass away some time! 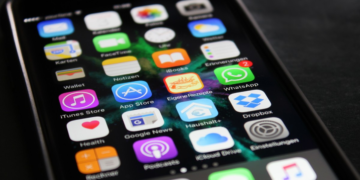 What Apps You Need to Have on Your Phone

Here is a shortlist of some applications you need to have on your phone.

Consoles: Are They a Good Fit for Esports?