ASUS Zenfone line of smartphones has received a resurgence in popularity thanks to its pricing position but that’s been mostly observed in the top-end of their phone stack. In the mainstream lineup, ASUS has been competing neck-to-neck with other mid-market brands with no clear winner. The emergence of smartphone gaming and mobile eSports may change that as ASUS does feel comfortable being in a gaming market. The Philippines is a sizable mobile gaming market, not just in games development but as well as playerbase. With ASUS holding on to a recognizable gaming brand, it’s inevitable they’d want to dominate this market while still eschewing the ROG branding for their phone line. Announced midyear 2018, the ASUS Zenfone Max Pro M1 is ASUS’ answer to gamers who need extended battery life for long game sessions while still delivering excellent overall user experience from its UI all the way to the camera. 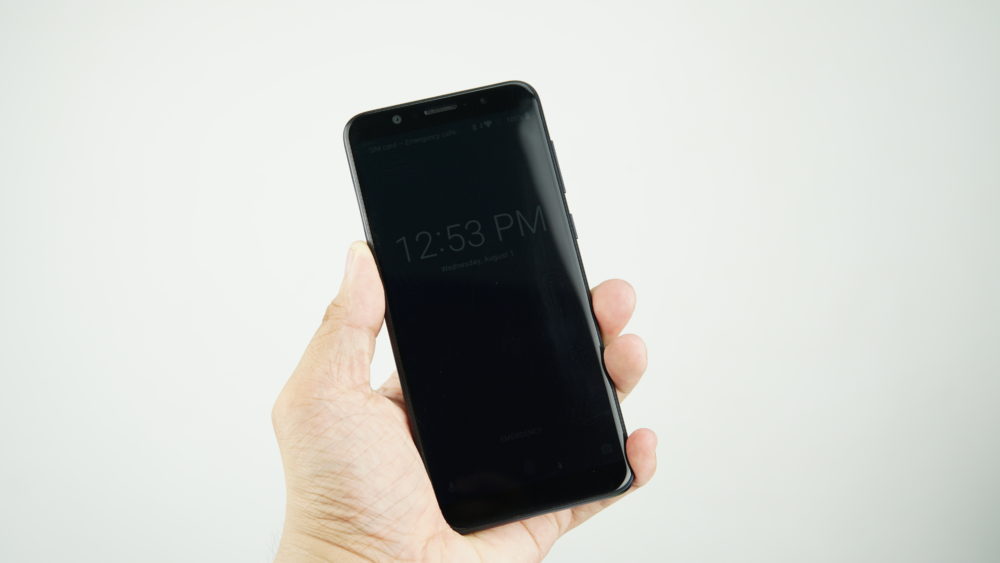 There are multiple variants of the Zenfone Max Pro M1 in the market right now. The sample we have is the ZB602KL.

Out of the box we receive a couple of accessories with the phone. We have the USB charger adapter, USB cable, a pair of earphones and a protective clear case.

Looking closer at the phone, its clear ASUS was going for is a clean, subtle look. Something about this kind of styling exudes elegance and a premium aura and the Zenfone 5 line for the most part follows this trend. The Zenfone Max Pro M1 does belie some underlying changes in the materials used versus the more premium models but for the most part, it’s a sturdy phone and feels well-built. Solid, as I mostly put it when asked by people asking about it. The face of the phone, when the screen is off doesn’t have any glaring physical feature and most of the flat slate is unassuming with only the front camera and speaker.

The back of the phone continues the sleek look of the Zenfone Max Pro M1. There’s little to nothing that breaks the look that even the cameras and flash all are tucked in one tight space that they don’t attract much attention to them.

Running along the edges of the phone are the SIM and memory card slot, the power and volume buttons, and along the bottom edge are the microUSB port, headphone jack and loudspeakers. Everything just blends in so in terms of look, if you’re into that sleek, subtle look this one definitely pulls it off quite nicely.

At 6″, the phone is quite a handful if you’ve got relatively smaller hands but on mine, it felt just right. Typing with one hand needed a bit of extending or 2-handed operation.

Internally, the Zenfone Max Pro M1 features a Snapdragon 636 chipset, 3GB of RAM and internal storage of 32GB. The phone does support expansion up to another 128GB via microSD card.

Pretty standard for most mid-range phones you’ll today and majority of its rivals will sport the same spec sheet give and take a few details or unique features. There is also a 4GB RAM variation of this phone available there so if memory is a concern for you, that’s another option. The 4GB/64GB retails for PHP 13,995 and comes with 16MP+4MP rear cameras.

The biggest and most notable thing to note here is the 5000mAh battery capacity that the phone has. If ASUS has anything going on for it aside from gaming performance, its uptime for this phone. Dashing through the gaming performance, its pretty capable of delivering a smooth gaming experience as you’ll see later but the real beauty here is ASUS packing in 5000mAh in its sleek body. 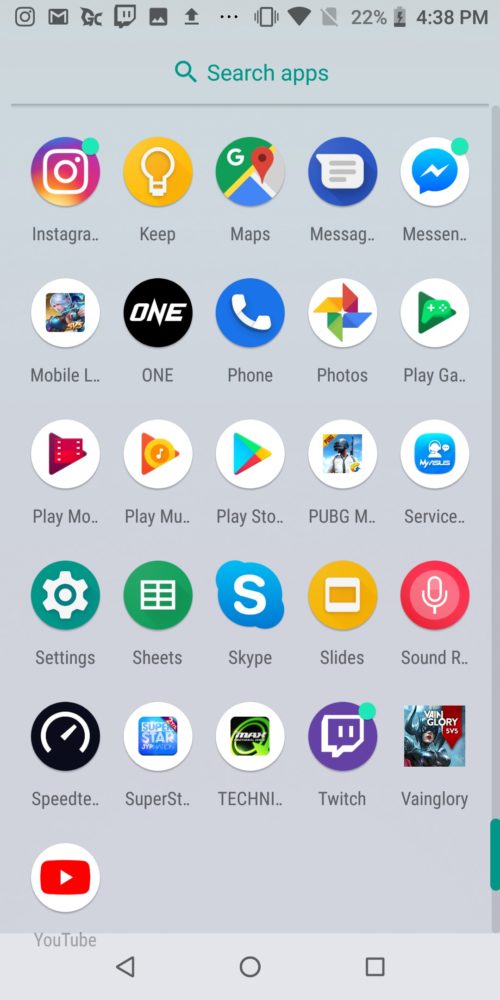 ASUS also talks a lot about the stock Android experience on the Zenfone Max Pro M1. Close to launch, ASUS has actually went ahead and delivered several updates to the Android 8.1 Oreo-powered device. It’s a lighter experience especially for those coming off older Zenfone releases.

Battery performance yields decent daily usage with up to 48 hours on my end on constant FB calls, messaging, browsing etc. Saturating a full charge on a strictly gaming basis, we get a solid 4 hours in PUBG Mobile before we see that battery dip to 15%. Your mileage may vary as I like audio maxed out on the loudspeakers when I’m alone in the office. Charging time is quite good with the phone peaking at around an hour or so to get back to that 100% recharge.

The Philippines is a hotbed for mobile games and has one of the most devoted fanbase when it comes to these. In this segment we’ll show you actual gameplay videos of the ASUS Zenfone Max Pro M1 in action.

As seen in the video, we see fluid performance in these popular games which is a big deal especially for those looking for a fluid experience especially if you’re pursuing a leaderboard rank or even an esports career in these segments. The extended battery life also assures you’ll get no pop-up ingame when on a beefy charge. To further demonstrate this, all games above were played on a 20% charge to demonstrate that the Zenfone doesn’t throttle nor drain fast. At 15% the phone will notify you to recharge and we didn’t get those popups here.

Pre-launch units of the Zenfone Max Pro M1 reported suffered from stuttery performance when using Portrait+Beauty mode. Recent updates have corrected this and while there is still processing involved after taking a shot, the Zenfone Max Pro M1’s camera manages to perform decently when used properly e.g. still subjects. 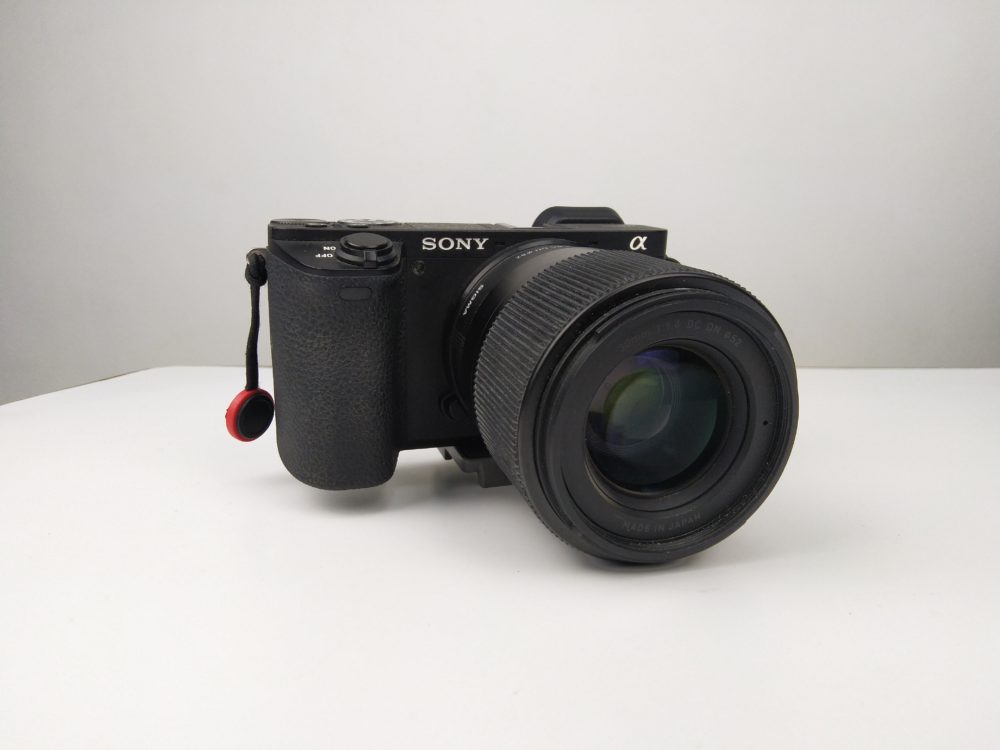 In well-lit situations, the rear camera performs well and images are sharp when viewed zoomed out. Zooming in, the details look like they’re blotched together though and it doesn’t need a pixel peeper to see that the images aren’t that rich in details as well. Still, for most users who aren’t into mobile photography, the camera is plenty good enough for stills for Instagram or Facebook. 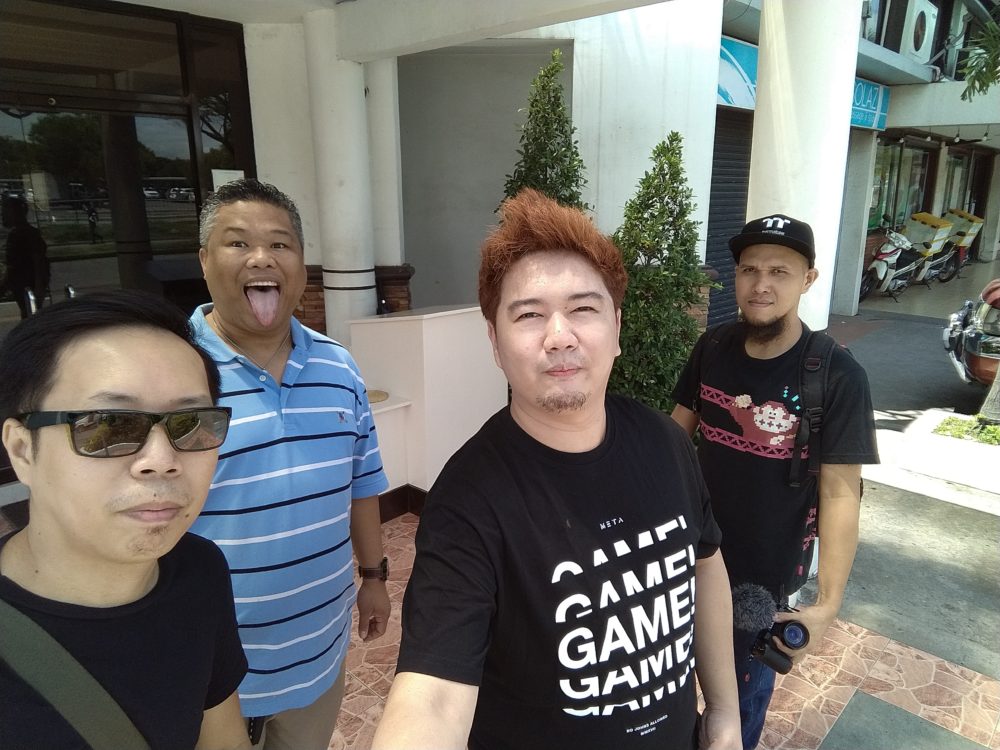 The front camera is a bit more muddier in details but is good enough for social media in well lit situations. 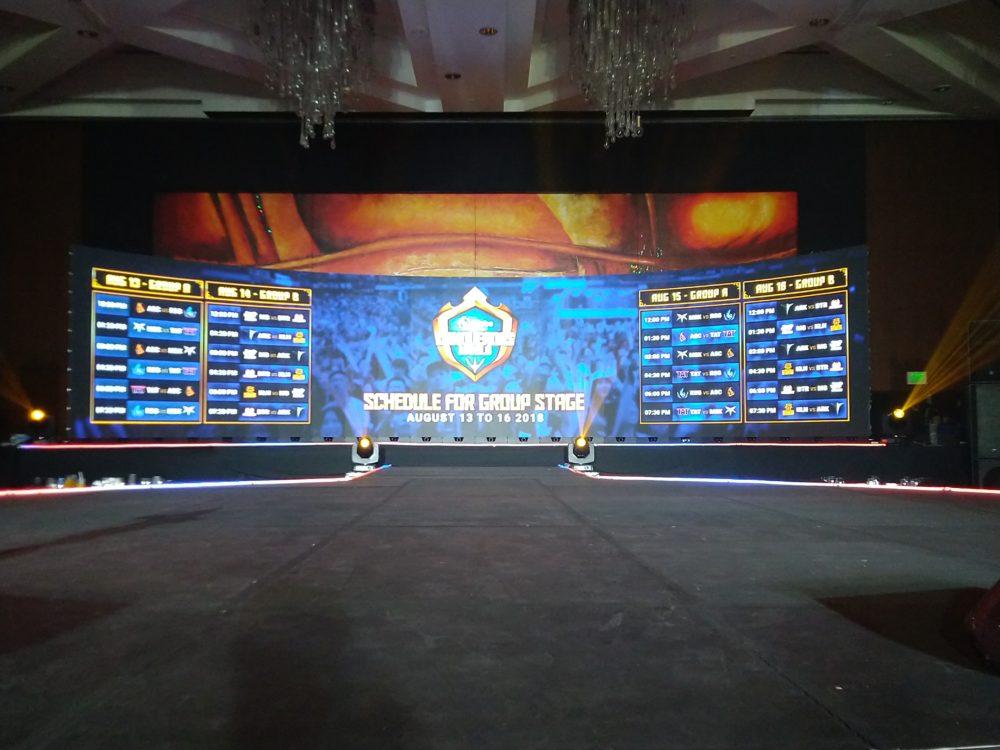 Indoors is heavily dependent on how still you hold the camera and while it can hold some details the camera loses focus easily.

In well lit indoor situations, the camera does alright but noise is apparent. With beauty mode on, our world-famous model strikes a pose in the image above.

Depth effect is for those looking for that bokeh without bringing out the portrait lenses. The phone does most of the heavy lifting, allowing most shots of people to be separated from the background, blurring the rest of the image for a nice look. Its becoming a trend and while somewhat overdone about now, with the proper composition, its a great touch for some shots. The ASUS Zenfone Max Pro M1’s handling of depth effect is decent, and while it requires some manual intervention when capturing the subject, overall performance is acceptable to a degree, again, for most social media enthusiast.

Talking more about the more basic functions of the phone. First off, the typing experience is great and the stock keyboard is pretty responsive and offers flexibility for those after a bit of customization on their keyboard tools. The phone supports dual SIM alongside a microSD card so you don’t loose functionality of your 2nd SIM slot when using expansion memory. WIFI connectivity is a bit of a letdown with the phone only able to connect to 2.4Ghz band. The Zenfone Max Pro M1 tops out at around 60Mbps which is quite acceptable for its intended audience but for those who have a 5ghz band wifi router looking to max out their connections for better transfer speeds, might feel a bit short. It’s not deal breaker in terms of game experience as ping matters more but for concurrent downloads while gaming, you’d want something better.

Display is excellent and while not the most vibrant nor color-accurate out there, its crisp and clear enough to appreciate videos, games and images. Its bright display also makes sure its viewable even outdoors on a sunny day. The loudspeaker on this phone is loud. Take note: LOUD. It’s very audible on max gain but its still a compact speaker and it does sound muddled out and distorted on full blast. We really advise against maxing out the volume on your phones in any situations especially in public, but if you do need to do so, you’d be impressed how audible the Zenfone Max Pro M1 can be.

Focusing more on the gaming side, it’s a sweet deal for a phone. ASUS has been beating the gaming and battery king drum since launch day and they are not doing so without reason. The extended battery life and smooth performance makes for a great combination, enough so for ASUS to work closely with game publishers to use their phones on gaming events. It’s a smooth gaming experience backed by a lengthy battery life.

Should I buy it?

The Zenfone had its roots in the entry-to-midmarket when they debuted and this is where ASUS got its start. With the Zenfone Max Pro M1 offering a Snapdragon 636, 3GB of RAM and 32GB of storage packed in a well-built, premium-looking sleek body, there’s little to no competition. You can argue the closest would be the Redmi Note 5 Pro but finding one in PH let alone having decent support may be an issue. Samsung’s Galaxy J6 also is making a play for the mobile gaming market but with a lower resolution AMOLED screen, you’ll be trading battery life and resolution for an arguably better screen.

All in all, the ASUS Zenfone Max Pro M1 hits all the right boxes if you’re a mobile gamer predominantly. The phone works as a phone and works great as a gaming device, offering you the best value in terms of gaming experience amongst the rest in the market today.

The ASUS Zenfone Max Pro M1 3GB/32GB model retails for Php9,995 with occassional sales dropping it lower. Be sure to check out prices at Lazada!