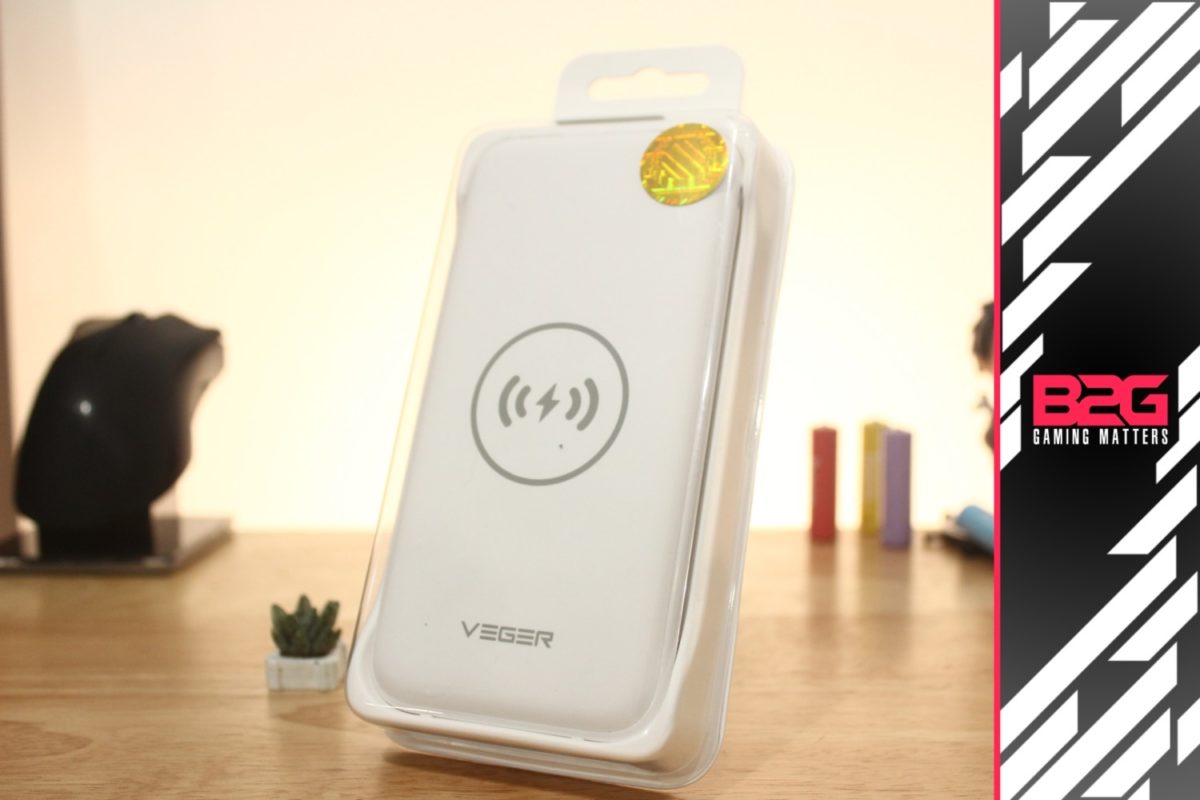 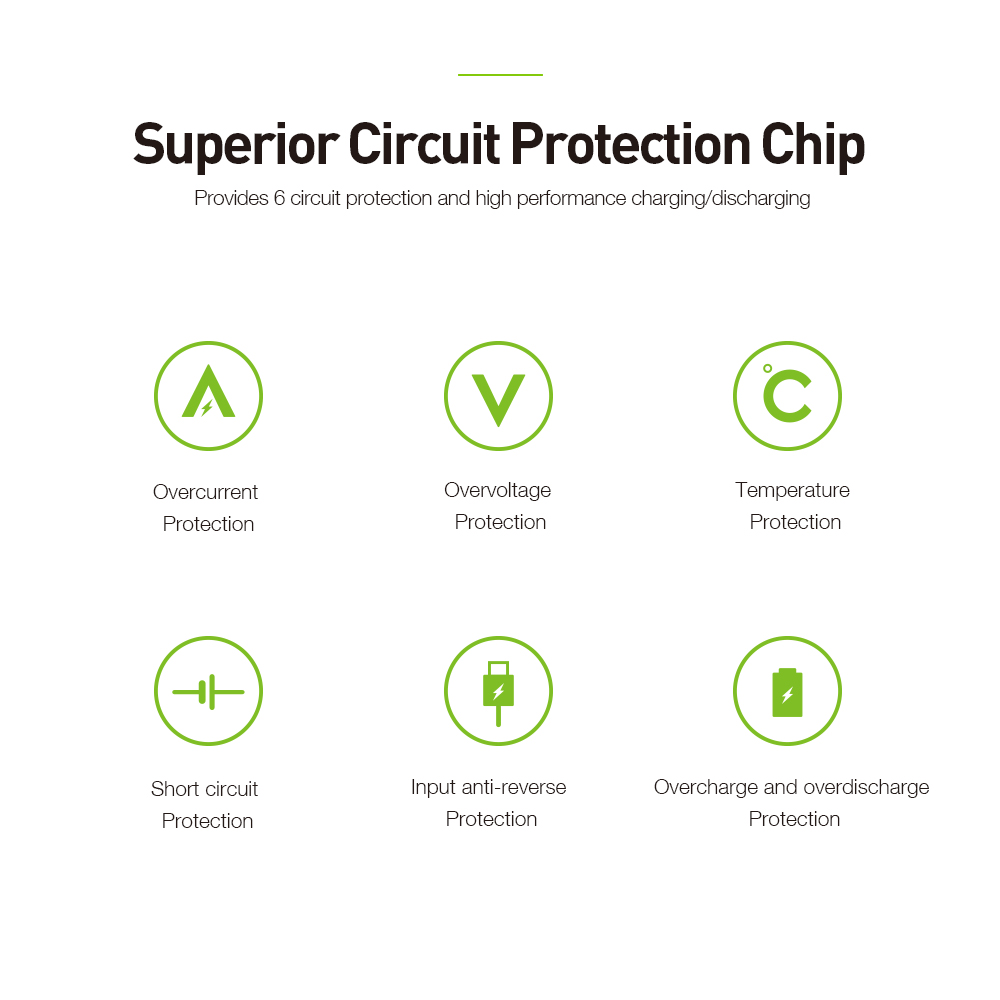 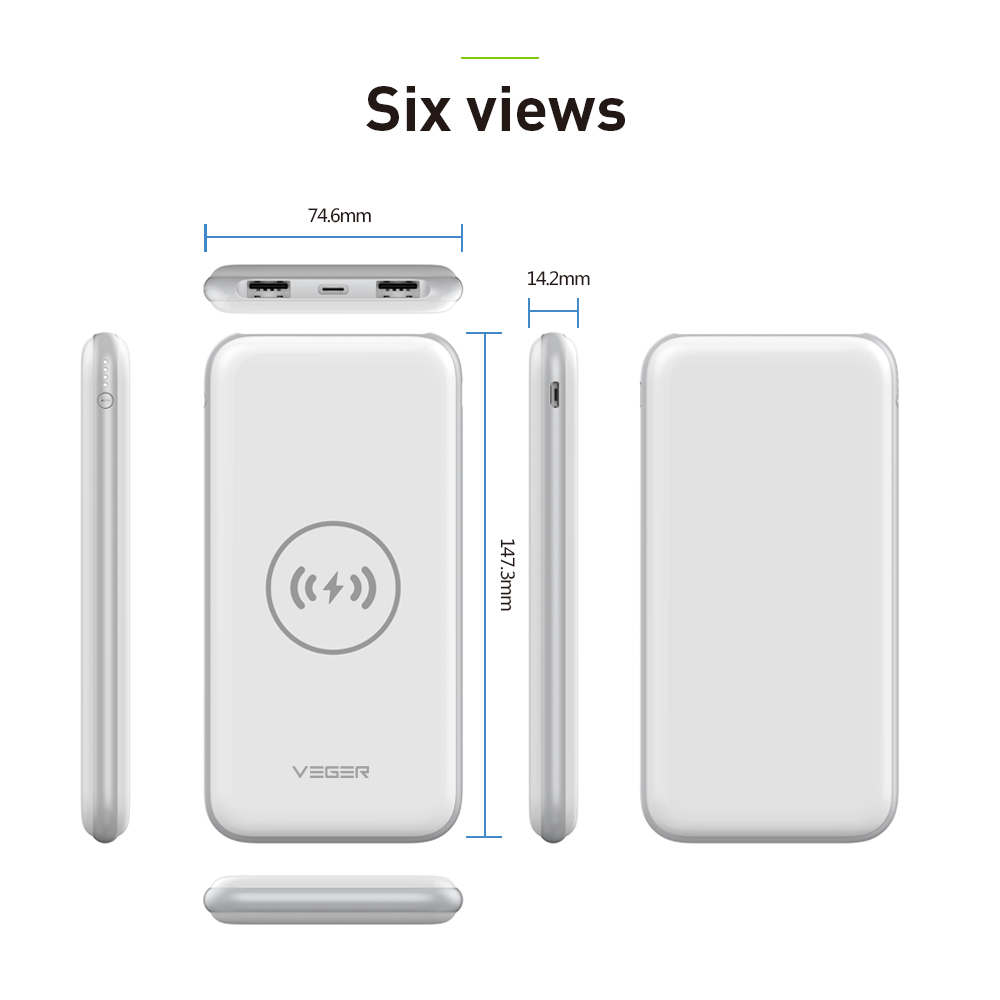 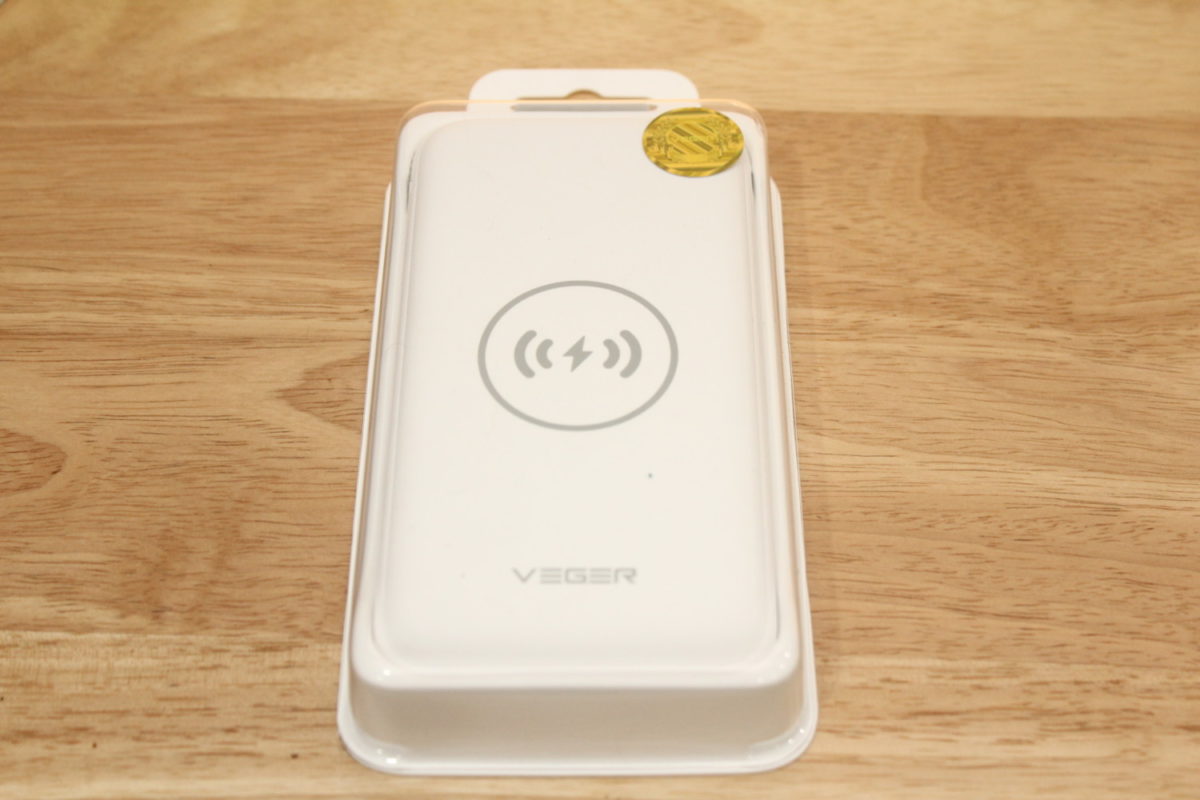 The VEGER VP1010-TW Power Bank is packed inside a hard plastic packaging. The front is of a clear hard plastic that has a golden sticker at the upper right corner. This sticker is simply a certification that the product is an authentic VEGER product. Another sticker can be seen at the top part of the packaging. The sticker simply highlights the brand name, brand website, a “Scratch Coating” phrase, and a QR code that redirects you to their website. 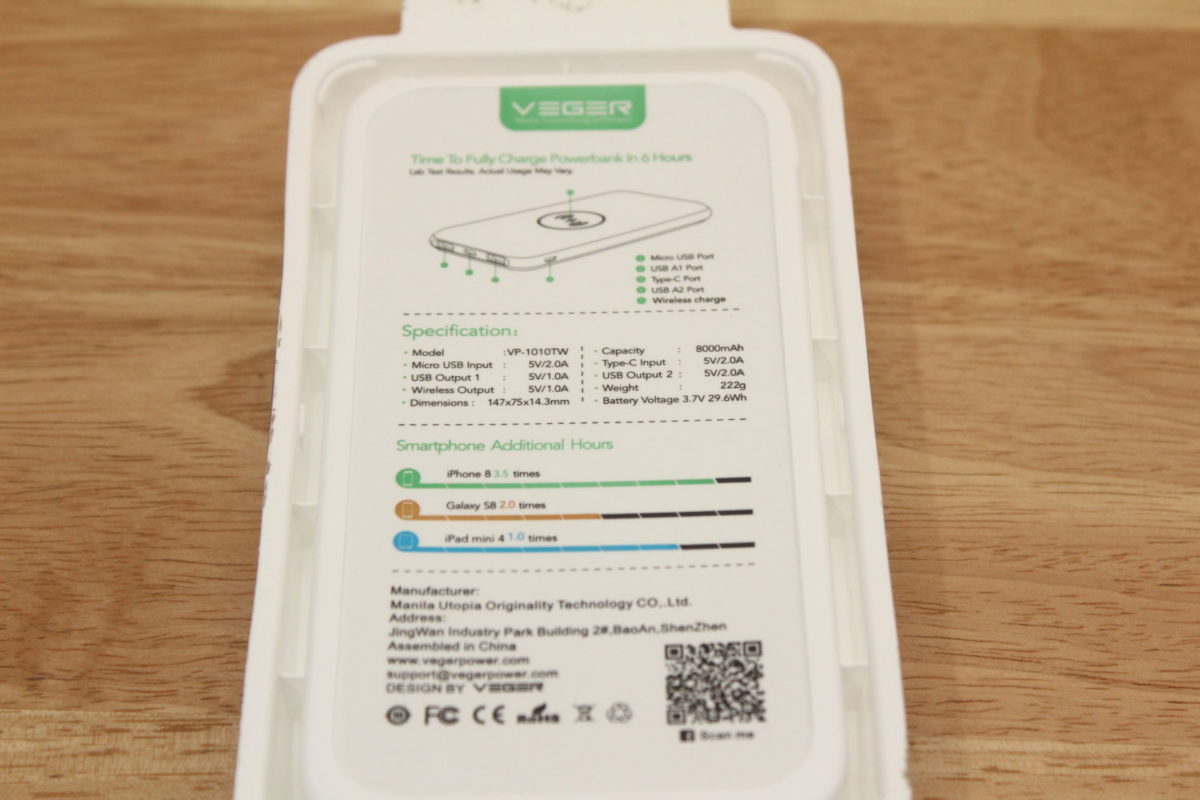 The back of the packaging is of a white hard plastic. This white base hard plastic holds the accessories and the power bank in place. It also displays the specification and the product manufacturer as well. 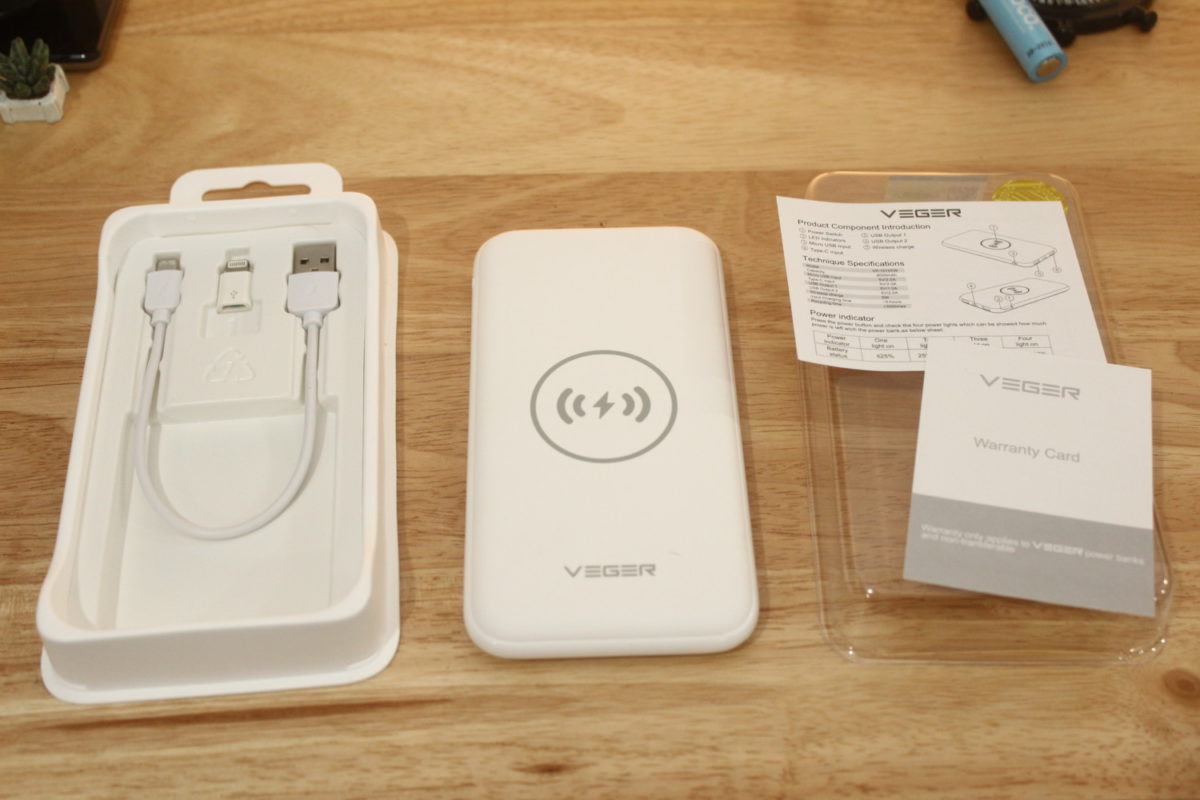 Opening the power bank was fairly easy. Simply hold the top part of the base plastic while pulling off the top part of the cover plastic. Once done, it simply reveals that the power bank comes with 2 accessories, a USB Type-Micro B to Lighting Adaptor, and a USB Type-Micro B to USB Type-A cable. It also comes with a manual user guide and a warranty card. In their shop, it states that the VEGER VP1010TW has a 1-year warranty. 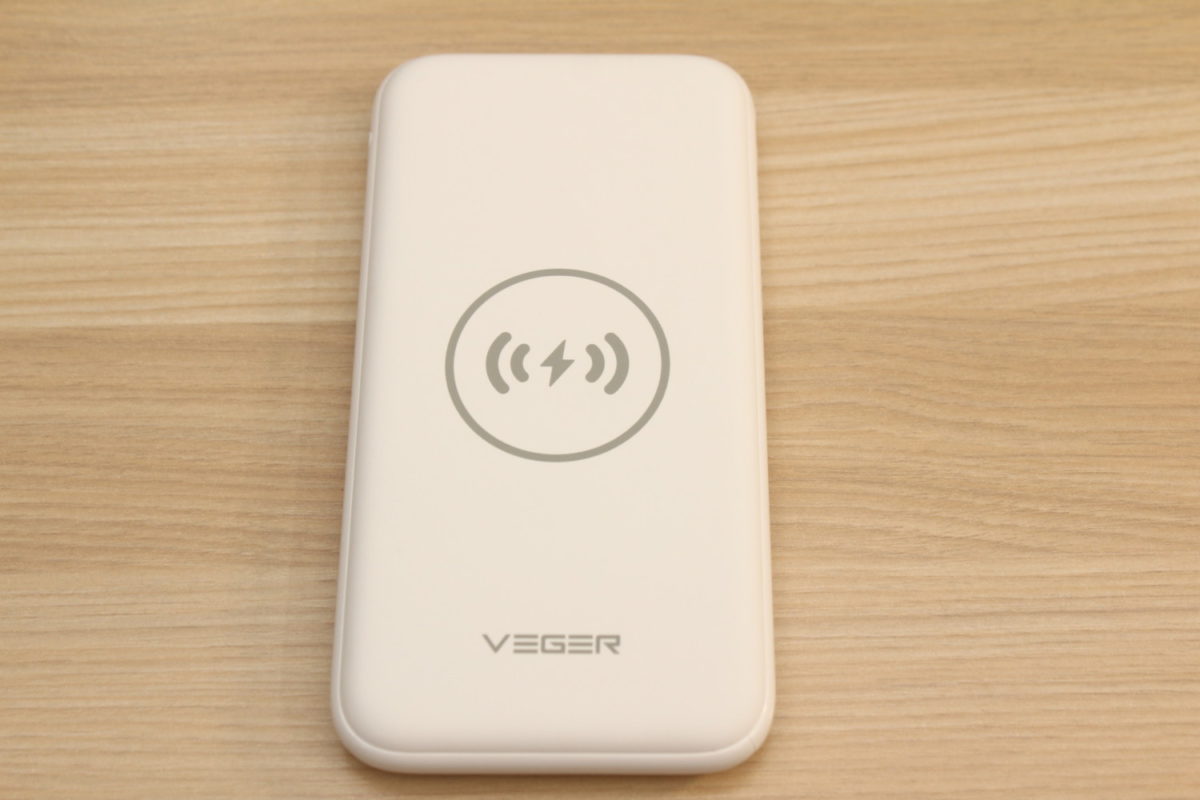 The first thought that came into my mind after holding the VEGER VP1010TW Power Bank is that it feels premium. The quality and build are there once you get a hold of it. Its rubberized ABS coating really does give a premium feel overall.

The front part highlights the brand logo and the wireless charging logo. 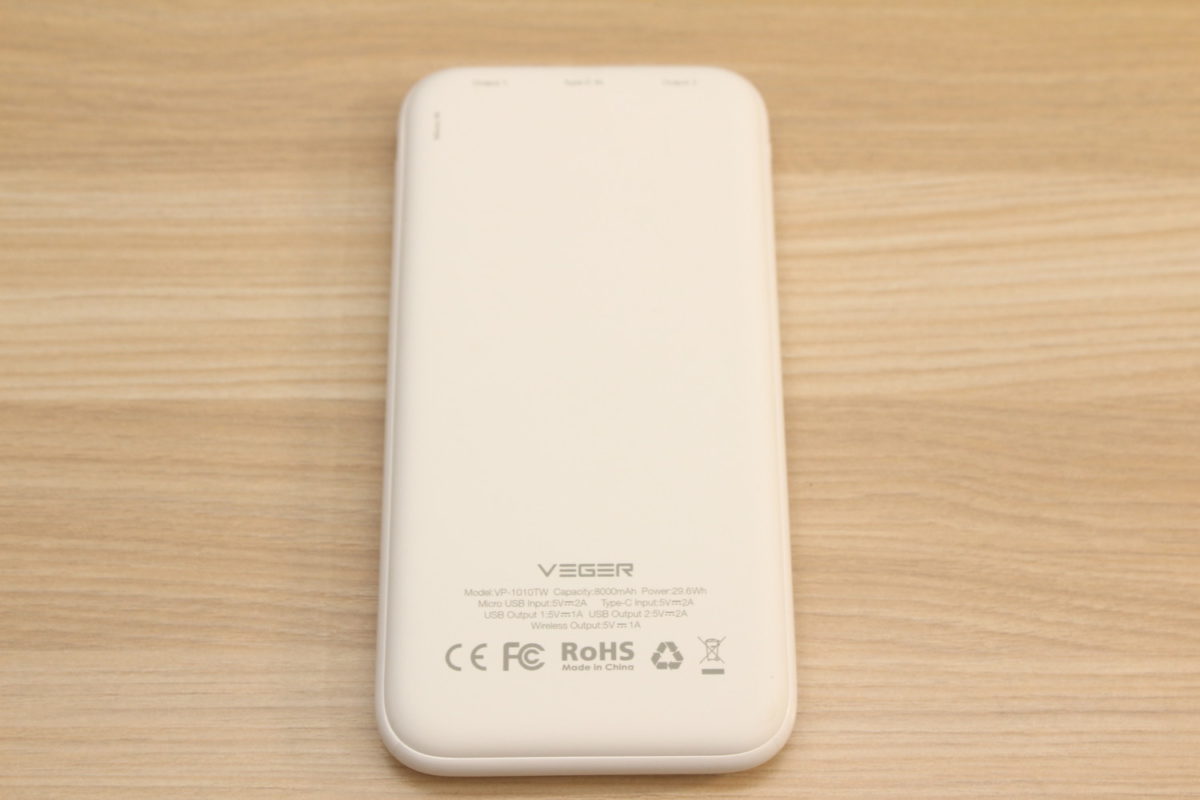 At the back, the product specification is also highlighted as well as its certification such as RoHS, Recyclable, Do not throw to trash, CE Certification, and the FCC Certification. The top part has labels for each output and input. 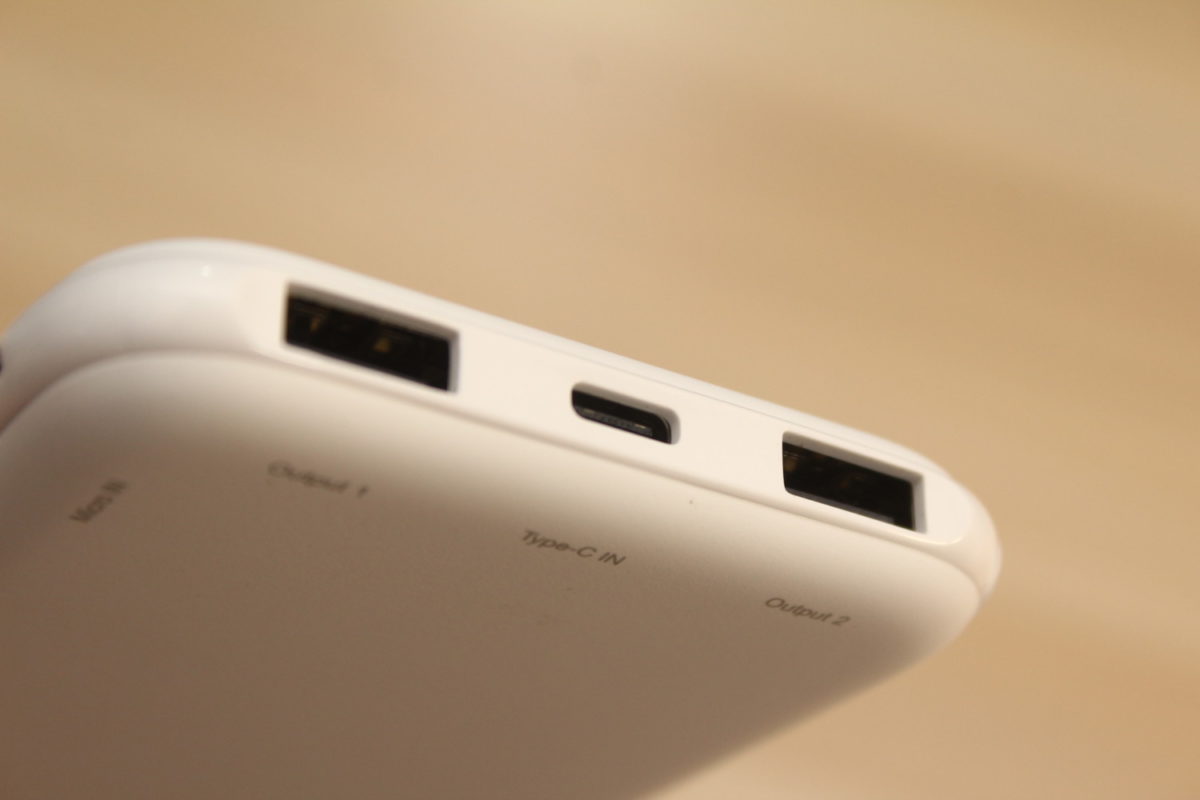 The top part features the majority of the I/O. In this part, you will find the two outputs and the type-C input. Do take note that each output has a different charging rate which we will discuss later on. 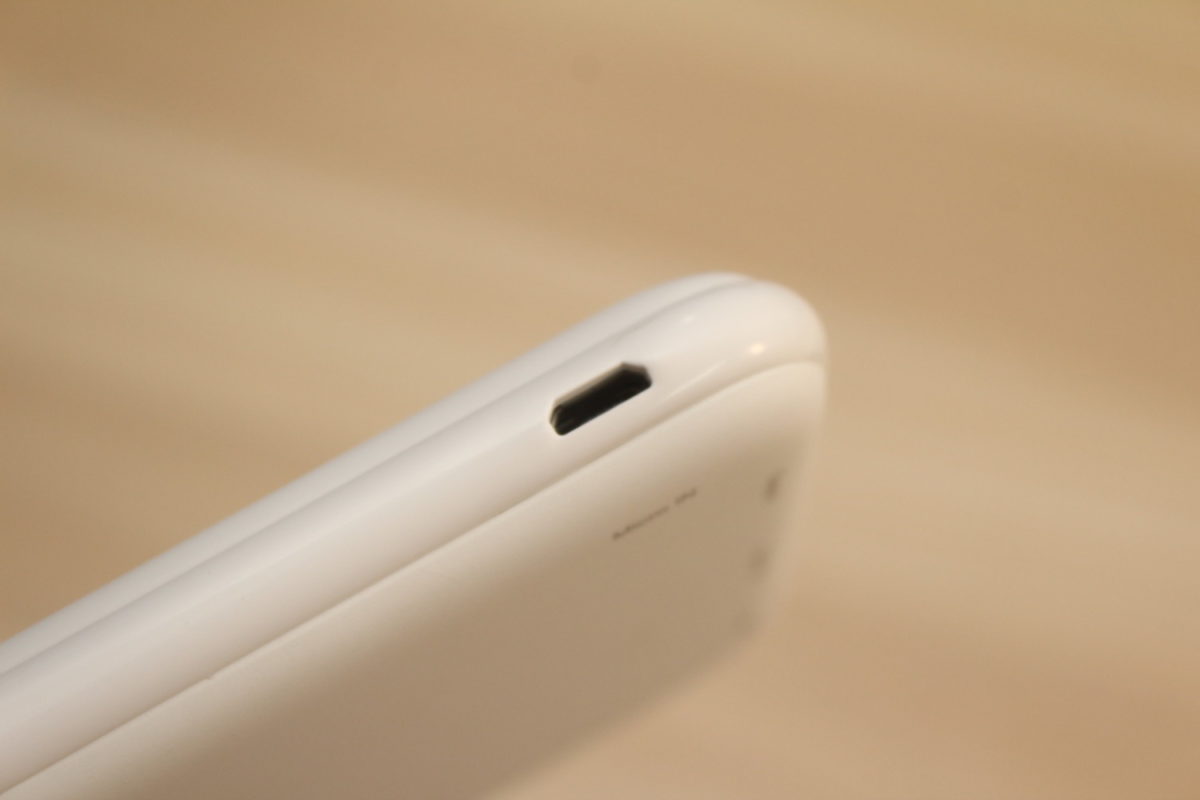 On the side, you will find the type-micro B input. So basically, this power bank has two inputs. Supporting type-C and type-micro B for flexibility. It’s probably designed that way to have support for most, if not all, various USB supported devices of today. 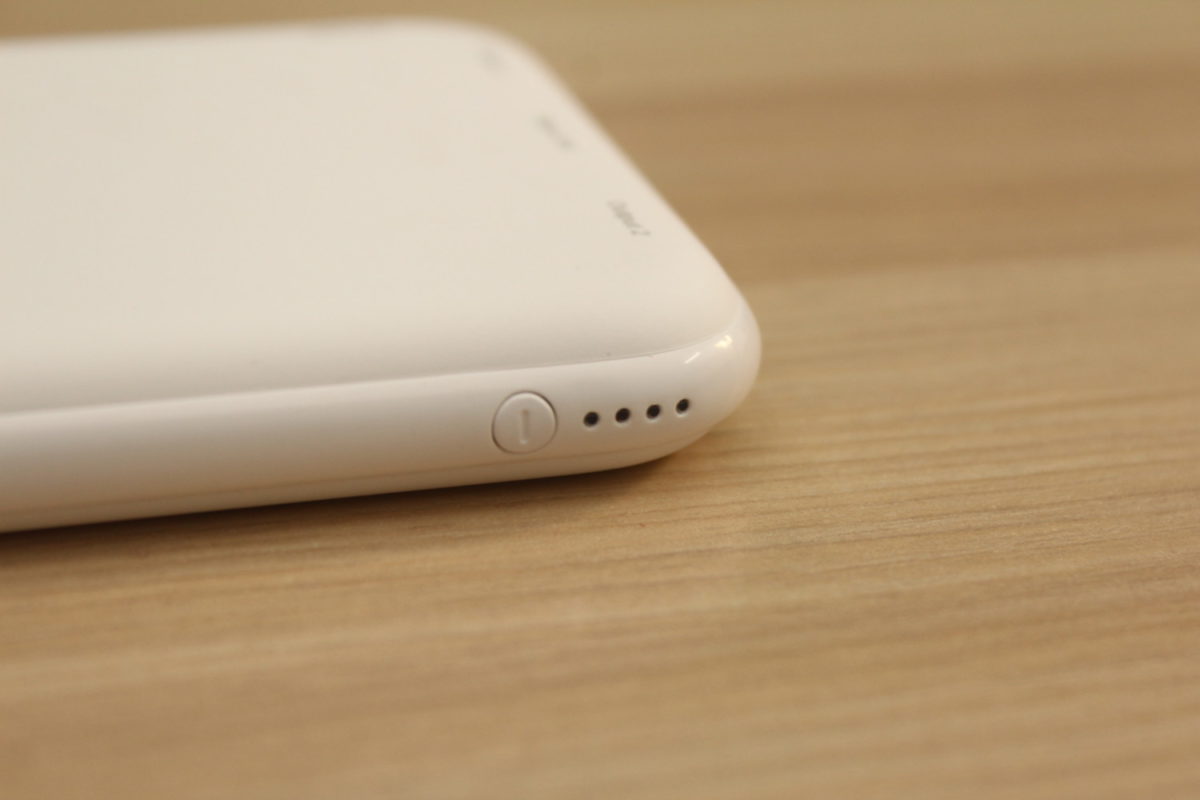 For this section, we are going to test the power bank using different methods to calculate its overall performance. From charging to discharging and testing its overall features.

In terms of charging the power bank, there are two inputs with an identical rating. Basically, the USB type-micro B and type-C inputs are rated 5Volts and 2Amps. Converting that to wattage, that’s about 10Watts based on the formula Watts = Amps x Volts.

For this test, we drained the power bank down to zero. This is for us to get the initial power draw once we start charging it using one of its two inputs. For charging, we used a charger that has an output rating of 5V and 2.4A. We also used two different cables that correspond to the inputs. In which, both cables support fast charging of up to 5V and 3A. We also used an OMNI multi power meter to measure that actual power draw from the wall.

Do remember, in this method, the only thing that we want to see is the wattage since the voltage will be irrelevant. The voltage will drop down to 5V before it enters the batteries of the power bank. 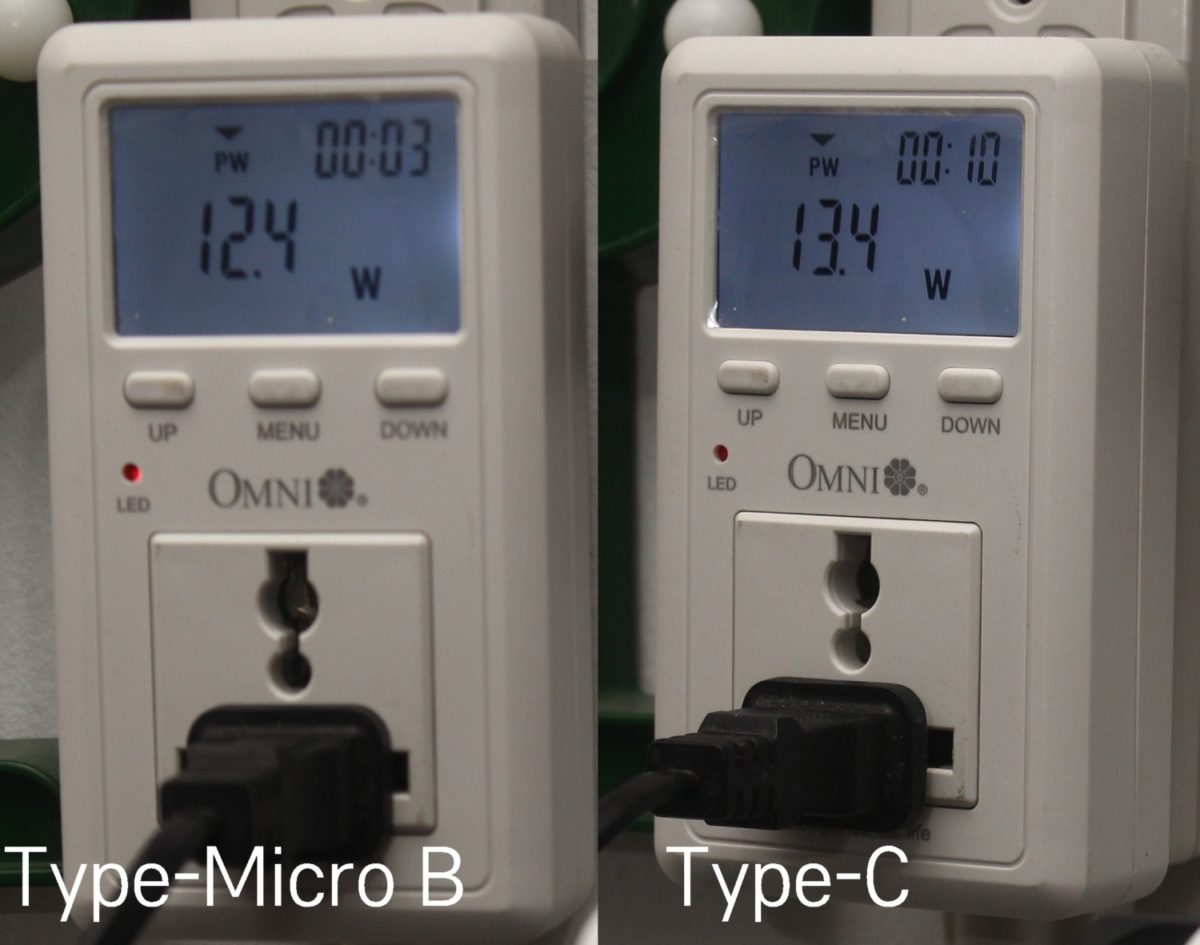 The time it takes to Fully Charge the Power Bank

Considering the result of the first test that we conducted, we can simply compute the time we need to fully charge the power bank. Simply take the best result we got from the first test and that’s 13.4W from the Type-C cable. Converting that to Amperage, that will equate to 2.64Amps using the formula W=VxA and in this case, this will be 5V instead of 220V. For us to get the time it takes to fully charge this power bank, we will also need the power banks capacity which is 8000mAh or 8AH.

Using the formula, mAh=mAxH, we can compute that the time it will take to fully charge this power bank is 222 minutes or 3 hours and 42 minutes. Of course, this will not be the actual result as we also need to consider the efficiency lost during the charging over time since power factor plays a major part in a circuit flow and no loss is basically impossible in all sorts of an electric circuit system.

Now, we will test and see if our computation is within the 10% margin of error once we start charging the power bank. 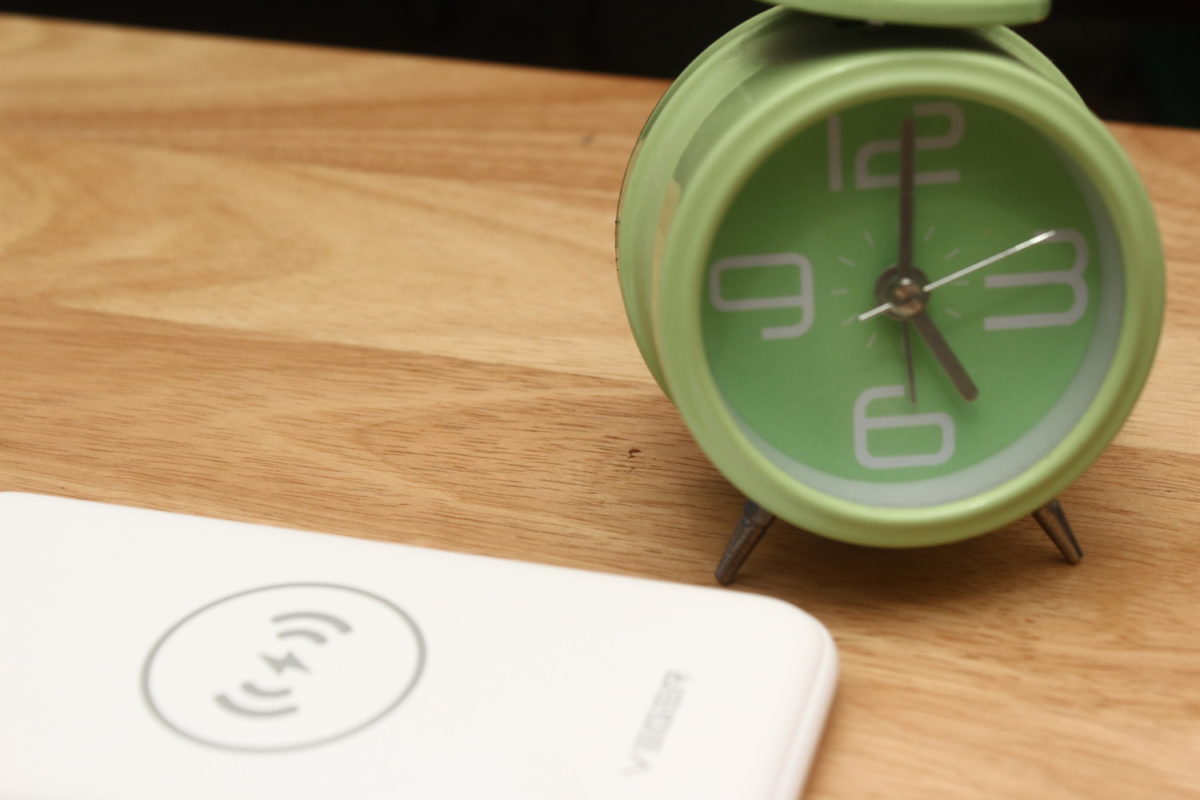 We started charging the power bank at 5:00 PM. 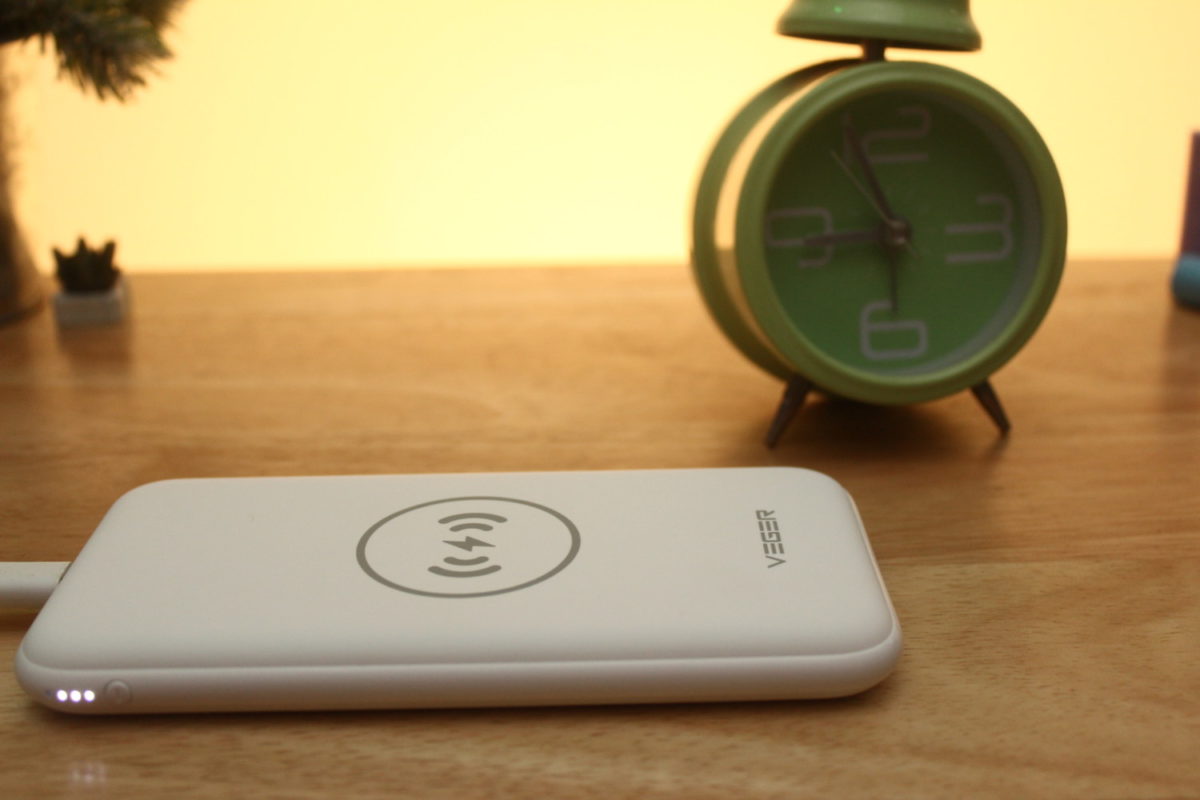 After performing the two tests above, some of you might start wondering if it is possible to use both inputs to charge the power bank faster. The quick answer is no. 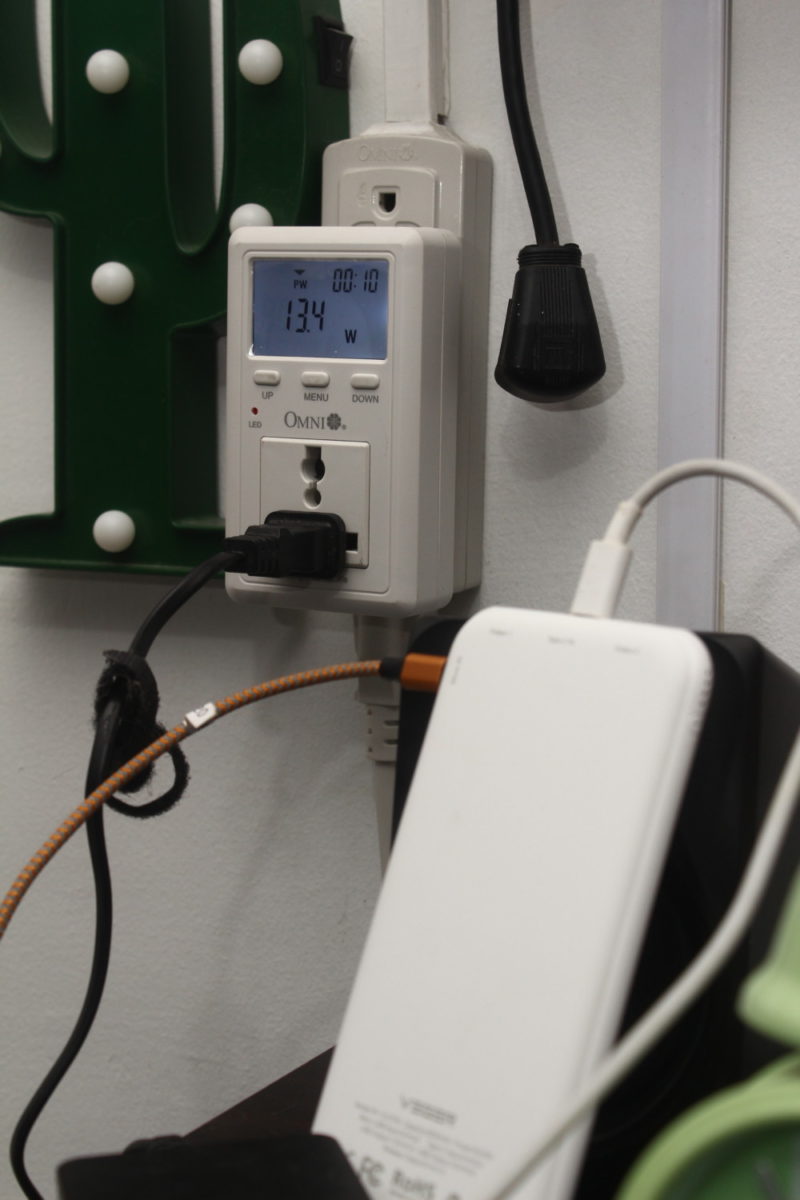 If you’re not aware, the market right now has a ton of power banks available. However, we are pretty certain that the majority of them are faulty, false marketing, and can probably drain the battery of your device instead of charging it. Such issue exists and is most commonly found using power banks that are bought cheaply online.

Fortunately, the VEGER VP1010TW Wireless Power Bank sports 6 safety features. Most of these features are to protect the power bank and your device from exploding. A great example is when a lightning strikes while you’re charging your power bank. It can potentially kill your power bank but the VP1010TW has over voltage, over current, and over temperature protection. You also don’t have to worry about it if you forgot that you left it charging. Because it also features an overcharging protection.

You also don’t have to worry about any reverse charging issues with the VEGER VP1010TW. A diode, a semiconductor device that controls the flow of current in one direction only, is present within the circuit of the power bank. Assuring you that the power bank will not drain the battery of your phone.

Here’s a list of phones that supports QI Wireless Technology:

Now you might be asking if there’s a way for your device to support wireless charging. Actually, there is. Simply buy a Universal Qi Wireless Tag Receiver and equip in on your device.

Make sure that you’re buying the correct receiver that comes with the same USB Type input that your device has. 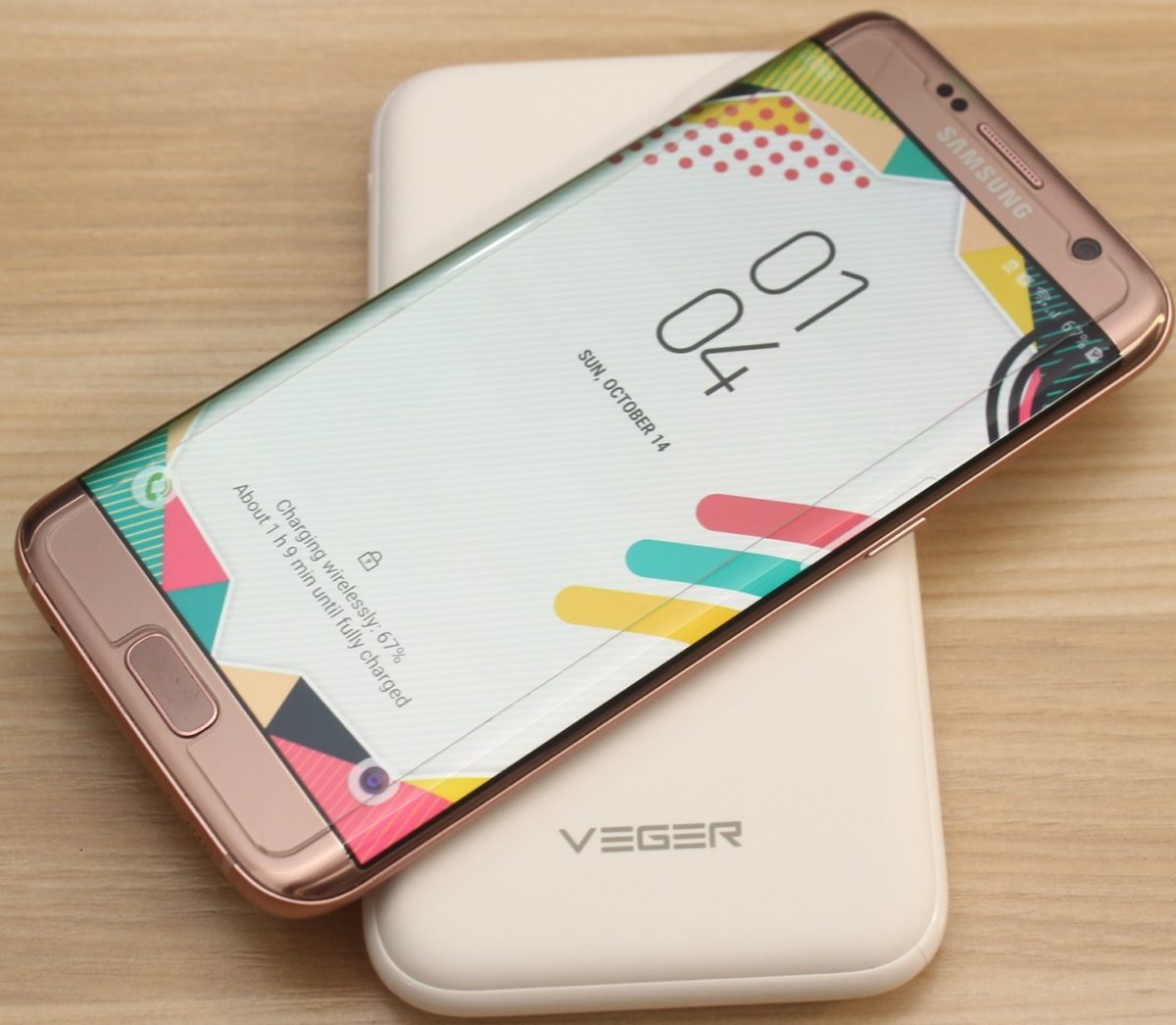 This power bank is actually capable of simultaneously charging 3 devices. 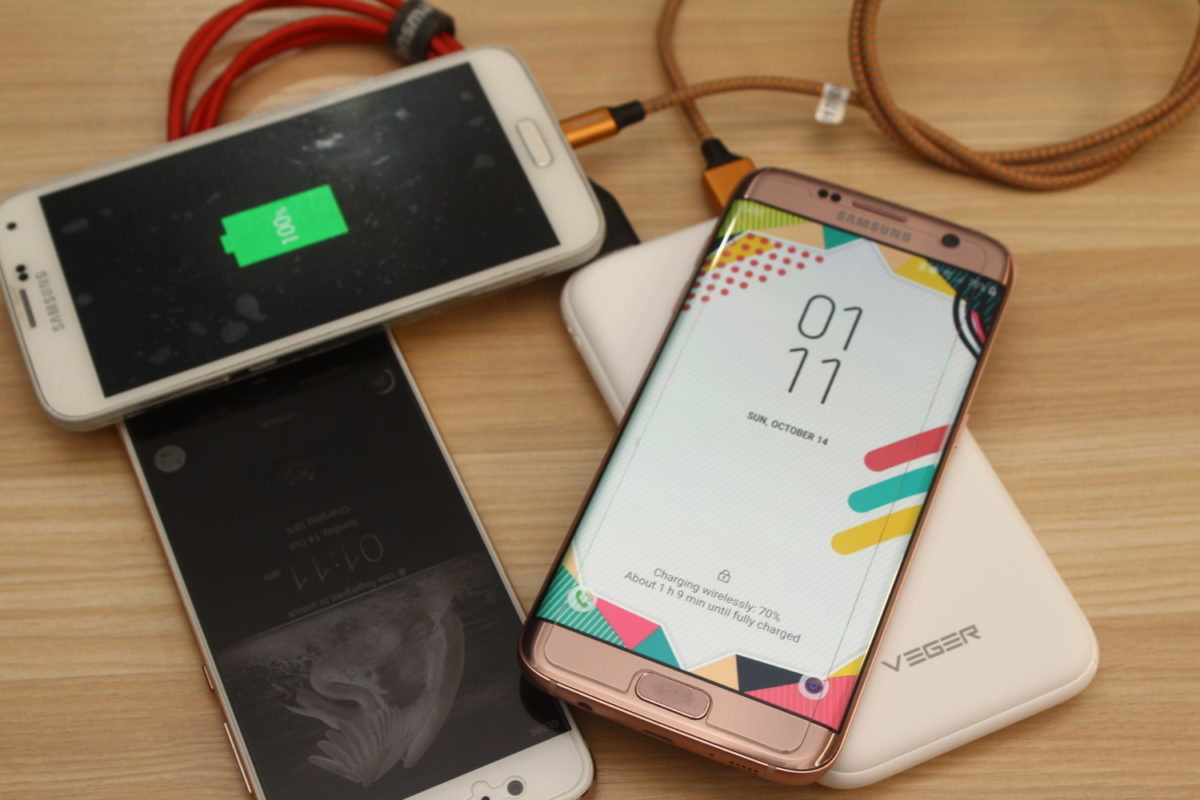 Although one important thing to note here is that the USB port with the label “Output1” has only a 1A charge rating while the one with the “Output2” label can output 2A. So if you want your device to charge fast, you should charge it using the Output2 port. 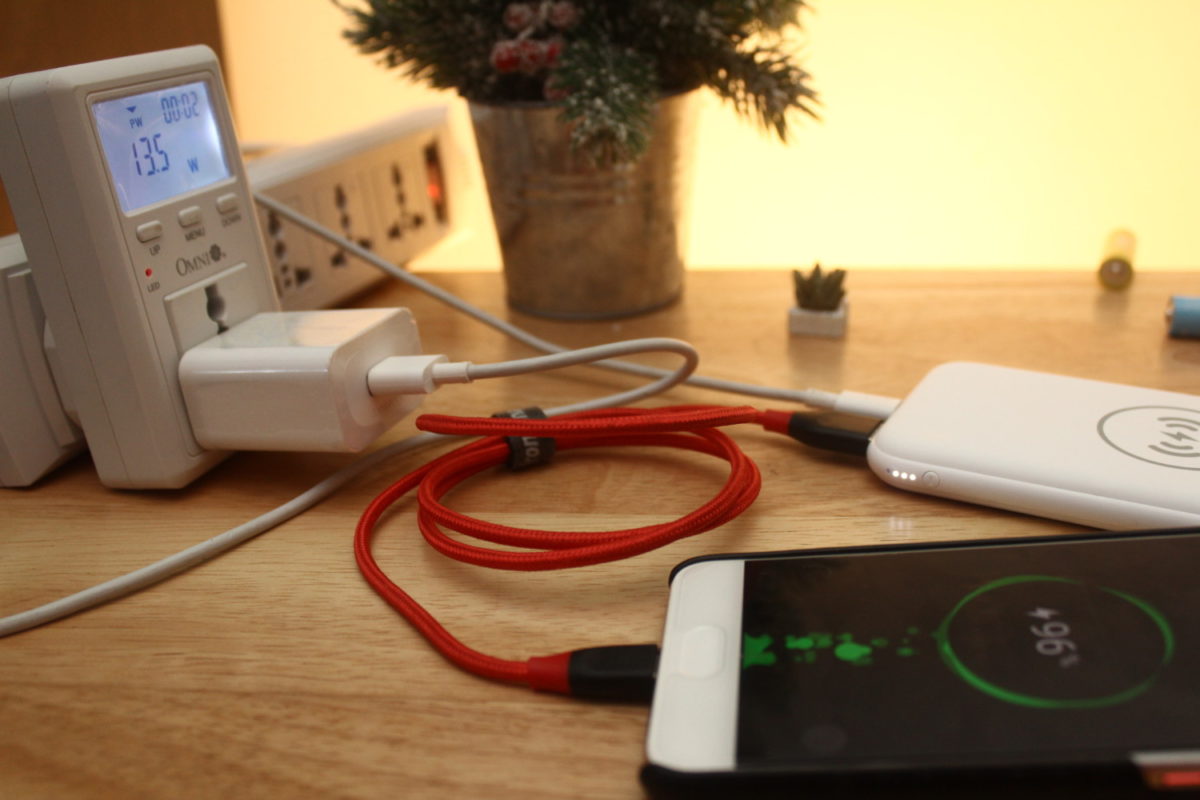 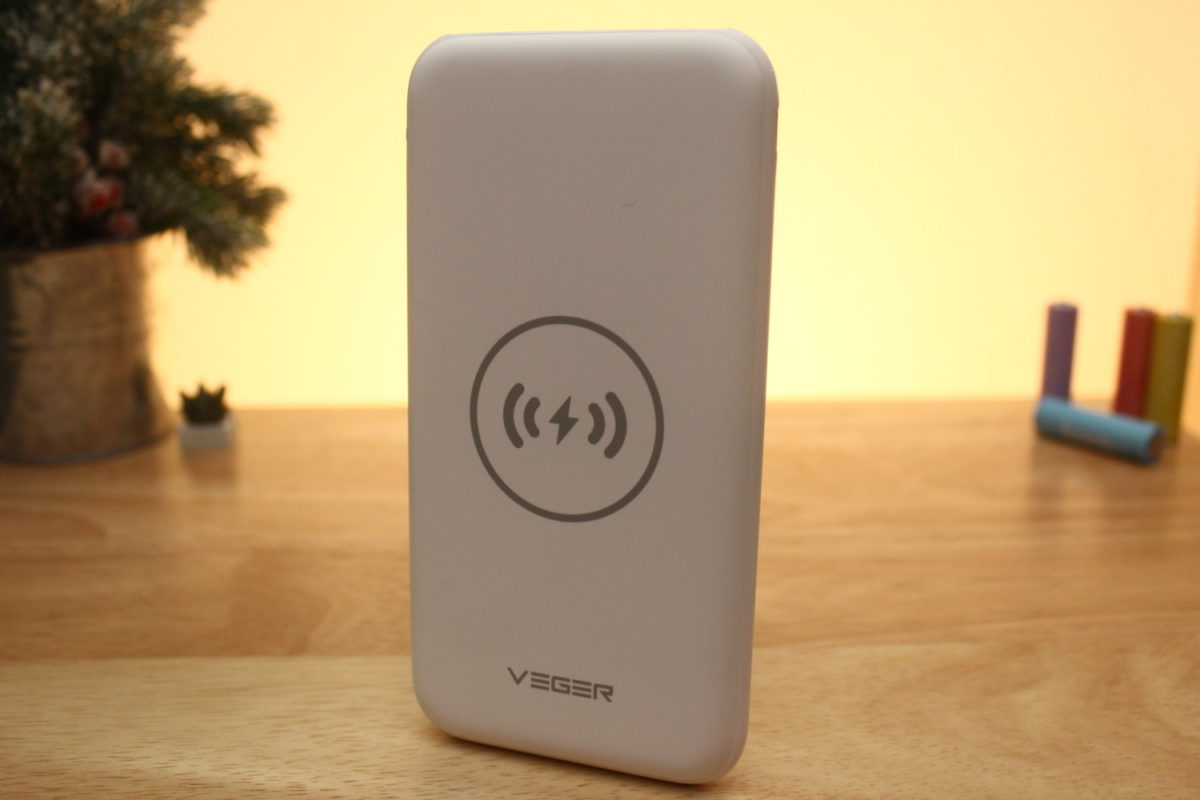 The VEGER VP1010TW 8000mAh Wireless Power Bank is definitely a premium quality product in the market right now. Though it’s still far from perfect. The main selling point of this power bank is its wireless charging capability without compromising the quality of the product. Other things such as its 6 safety features, simultaneous charging, and anti-scratch coating are bonuses that anyone would love to have.

The design might be basic and lacks some aesthetics but its simplicity definitely catches the eyes. Though some might find it expensive, the price and value you get are definitely worth the money you spend it with. Power banks should not just be disregarded as simply a power bank. Everyone needs to know that power banks should be an investment as well. The same goes as how you invest in your devices. Pretty sure, you don’t want anything bad to happen to your devices right? That’s where the 6 safety features of the VEGER VP1010TW comes in handy. Assuring protecting for your device and the power bank as well.

Probably the only concern we have is that the VEGER VP1010TW doesn’t feature any fast charging technology. Especially in this generation where batteries of the latest phones have bigger capacities than ever before. Reaching up to 4000mAh. That will take about 2 hours and 30 minutes or so to fully charge a phone from 0 to 100% with a 4000mAh battery.

Overall, the VEGER VP1010TW is leaning toward consumers who want a quality power bank that features wireless charging with simultaneous charging abilities. However, if fast charging matters to you, then there are other better options out there. Like the VEGER VP1027, a 10000mAh Power Bank with Triple Fast Charging System — 2.4A Fast Charger + Qualcomm Quick Charge 3.0 + PD Power Delivery. 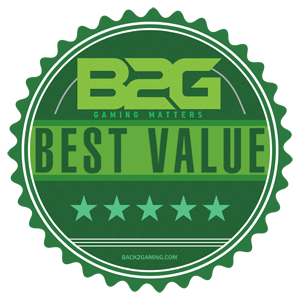