Sony Has Completely Blocked Access to the Old PlayStation Store

Sony appeared to have blocked access to an old online store through which players could access games for the PS3, PS Vita, and PSP. It is most probable that the stores will be closed forever soon.

Some predictions are as follows:

Fortunately, players will still be able to use games, videos, and multimedia content that they were initially playing. However, they will not be able to buy digital copies of that content with in-game payments or spending funds from Vita, PS3, or PSP wallets.

In return, the company is going to concentrate its powers on the PS Store for the new consoles. Earlier, Sony promised to keep the PS4 up to date and release new PS4 games until, at least, 2024. There, of course, will pass several years after which PlayStation 4 owners will be able to use PlayStation ROMs services until they are disabled.

Coming back to the subject, the PlayStation 3 was released in November 2006 and has been in service for over ten years. During this period, Sony shipped over 87 million PS3 units. The portable PSP was also popular with the audience and sold 80-82 million units. However, PS Vita doesn’t look very strong against the background of the rest of the PlayStation family with sales of 15-16 million by the end of its life cycle in 2019.

Sony Will Give a Second Life to the PS4

The PS5 will replace the PS4 very soon, but there are several reasons to keep the PS4:

The Sony PS Remote Play apps for Android and iOS have already been updated to be run on the PlayStation 5. Besides, Sony has recently updated its main PS app with a new interface, built-in messaging, voice and video calling, and full-fledged store access.

It’s worth noting that despite the closure of the online store and the fact that global PS5 sales outnumber those of the Xbox Series X/S rivals, the Sony console cannot be said to be alright. If this trend continues, analysts say that total PS5 sales could account for less than half of PS4 sales. According to the reputable portal LearnBonds.com, over 109 million PS4s have been sold worldwide to date. Let’s see what will happen with PS5.

The best phones for mobile gaming

How to Make Money for Your New Venture during Covid-19? 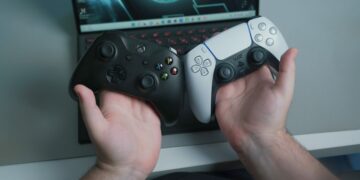 Which gaming console provides the best online experience? Read our article to find out.

What Can Gaming Fans Expect from the PS Plus Premium Package?

How to Make Money for Your New Venture during Covid-19?

5 Smart Tips to Manage Crisis in Your Start Up