As Sony plays with nostalgia for this 25th anniversary installment of Gran Turismo, many will see this game as their racing game in a while. With Forza Horizon cementing itself as the arcade racer of choice for many gamers, Gran Turismo’s GT Sport outing didn’t fare well in maintaining the franchise’ legacy despite the global Gran Turismo tournaments being held to further cement Gran Turismo as an esport alongside efforts from F1 and other simracing titles.

Thus, Gran Turismo 7 is the first Playstation 5 for GT and Polyphony’s first title in a while that attempts to birth a generation who may be either playing for nostalgia or playing their first Gran Turismo game. For the most part of the last quarter-century, Gran Turismo has held a position for console for its photorealism and realistic approach to driving physics. Whether its the original PS release or the PS3’s Gran Turismo 6, many a story has been attached to Gran Turismo but this has faded over time as people gravitate towards arcade racers.

In a decade where Need of Speed became king, it was uncontested as the racing title to play for most gamers. But as NFS faded into obscurity, a rise in simracing and more realistic driving games has changed the landscape of driving games. This is the world Forza Motorsports and its open-world brother, Forza Horizon managed to take roots but Forza in itself isn’t a driving simulator. Its got realistic driving mechanics, sure, but the open-world of Forza Horizon coupled with its obsession with street racing still sees its roots in the old Need for Speed or Fast & Furious lore.

This is where Gran Turismo 7 wishes to stick to its roots. While GT Sport, the 2017 Gran Turismo title for the Playstation 4, aimed to be an esports platform for Gran Turismo, it only served to kickstart what Polyphony and Sony wanted as their vision of racing esports’. It managed to get a few things off the ground but the greater Playstation gamer-base wanted a game that stayed true to what Gran Turismo is: an elegant, single-player experience that’s tailored to scale from beginners all the way to professionals.

For those new to Gran Turismo, Gran Turismo 7 will harken back to the older Playstation and Playstation 2 titles. That familiar menu ping and simple menus will feel quite familiar and will easily guide players on to the next objective without restricting too much on what can be done. This will ultimately end up feel to restrictive at the start as Gran Turismo 7 would like to have you take your time.

Progression is dictated by the game’s relaxed pace and while the cafe music on the main overworld doesn’t ignite that drive to race, the game’s relatively slow economy where in you earn a paltry sum from races will sometimes really send players to just ditch the cafe’ objectives to and just get those licenses and money rolling in.

Gran Turismo 7’s bulk for new players will revolved around the cafe and you can opt to totally ignore the objective’s set forth here and just pursue cash and licenses but many of the new cars will be provided from the objectives from the cafe. This gives new players some new rides to play around with as well as get intimate with some of the history of popular make and models.

Outside of that, this bit of handholding will serve as the bulk of the game’s campaign narrative until you’ve cleared enough of the content that you’ll understand when and what to do. By the time you’re around chapter 10 or when Brand Central opens up where you can pretty much buy anything in the catalog (if you get the in-game credits, of course) you’d already be familiar enough with the game that you’ll chug along by yourself without much of the handholding to help you earn some of those in-game credits.

The game will feel like an RPG at this point where you can grind to get that card you always wanted whilst also gearing your current ride to the point where its competent enough that you’ve managed to soup-up  your Toyota Aqua to the point where it can go toe-to-toe with a stock exotic of a higher class. You will need to unlock more cars so you can have access to a larger, more advanced modding kits from street kits all the way to racing parts.

This is where most of your cash will go-to and where you will need to clear your licensure exams to get quickly ahead of the competition. If you’re pretty well-versed enough in racing, Gran Turismo 7 presents various assist options during gameplay. With complete assistance all the way to total simulation. Out of the box, Gran Turismo 7 also features support for a couple of popular racing wheels. I personally use the Logitech G29 with a shifter and works quite well with Gran Turismo 7.

The game features scaling realism in both handling and graphics. Gran Turismo 7 takes full advantage of the Playstation 5’s raytracing capabilities but is smart enough to utilize raytracing only when it is best used, and that’s on the replays. During actual racing, Gran Turismo 7 defaults to 60FPS Responsive Mode which gives the game the most responsive experience during gameplay.

Once the race is over, a replay mode with full raytracing is enabled as well in some bits and pieces of the game for improved visuals but in any part where you need to control the car, you’ll be in Responsive Mode. You can change this to default to responsive mode even in replay but not the other way around or fix raytracing mode as a permanent graphics setting.

One of the graphical marvel that Polyphony pulls off greatly in Gran Turismo 7 is climate design as well as fog effects. When the track is foggy or rainy, expect visuals to really behave realistically. Your opponents tail lights will be obscured and add to that the in-game physics that makes the tracks behave according to your car weight and wheels which really affects how you drive.

For now, anyone who’s missed the Gran Turismo experience will feel that sense of nostalgia revving at the back of their heads coupled with the classic revs of the older cards from systems of old. Newcomers to the franchise need to understand this isn’t an arcade racer where you get served R35’s, Ford GTs or Murcielago’s on your first race. Gran Turismo 7 is an elegant appreciation cars and the game endears the love of cards thru the GT Cafe or Idris Elba’s rapping but regardless, the game drops players off to a new realistic world, one that aims to be the simracing to beat for Playstation and Gran Turismo 7 is effectively a good start.

Gran Turismo 7 launches March 4, 2022 and is exclusively available for the Playstation 5 and Playstation 4. 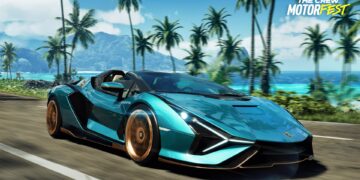 Today, Ubisoft announced that The Crew franchise will enter a new era with its next installment: The Crew™ Motorfest. The...

4 Ways You Can Make Great Money from Your Mobile Game

4 Major Factors That Make a PC Game Interesting to Play