So I stumbled upon this game via Play Store’s recommendation and title really caught my attention so I installed it… and allow me to admit that I still have no grasp the complete goal of this game so allow me walk with you guys as I introduce you to 10 Billion Wives for Android. 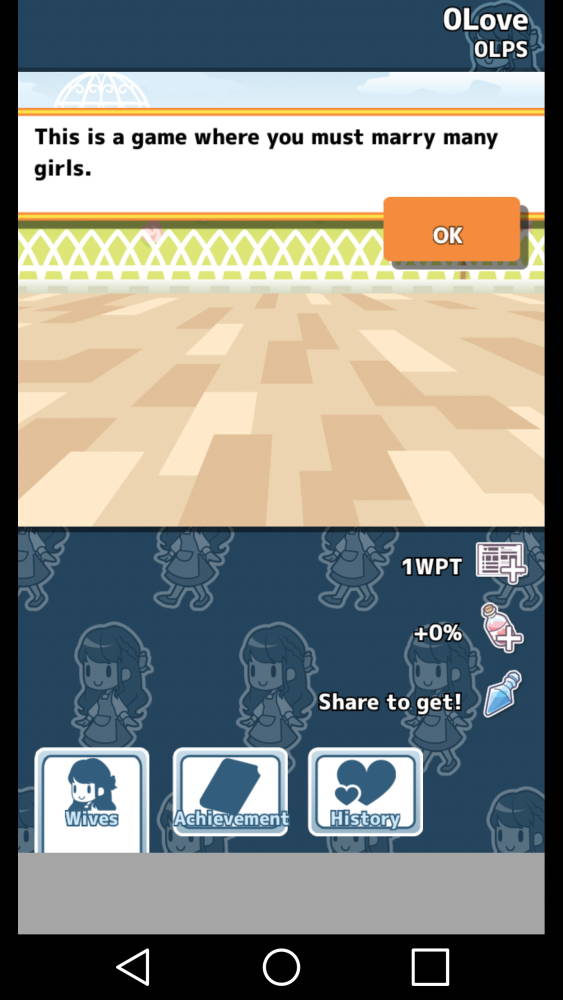 The opening screen of the game introduces us to the core goal of 10 billion wives and that is to marry many girls. Real-world issues aside, the 10 billion denoted in the title isn’t readily mentioned in the game as an actual limit so that’s mostly where the real draw of the game comes from: to try and achieve that much. And that’s where it really gets addictive.

The game is presented in a simple screen with a couple of buttons, the most important of which is the wives button which brings to the list of wives we have and can buy. Before you can buy a wife though, you need Love. And there’s a couple of ways to generate love: one is via tapping on the screen and second is passively generated via the girls as denoted by their Love per Second or LPS. The game generates Love even when idle or not in focus in your device. 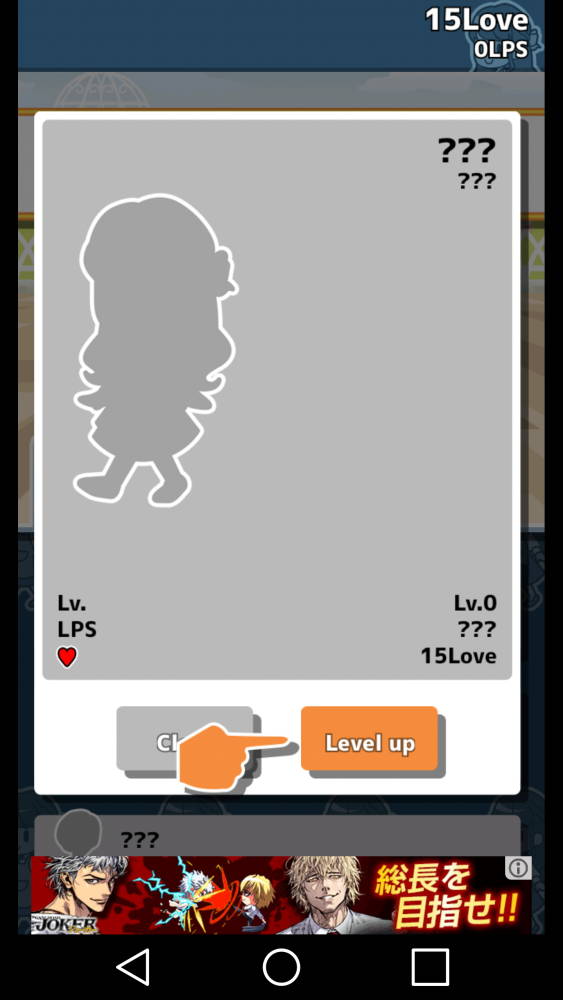 To marry a girl, click on the blank wife and hit level up and YOU’RE OFFICIALLY HITCHED to this girl. The first girl in my playthrough is ApronWife followed by a dozen more xxxxWife. 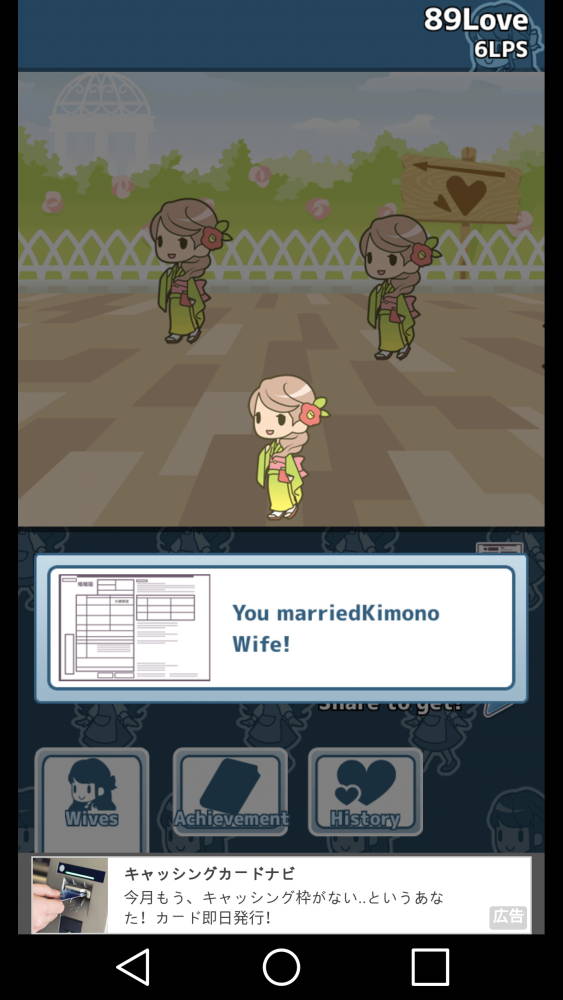 Each wife varies in design and name, but that’s purely cosmetic and you’ve got no way of knowing which is which aside from their silhouette if you’re already somewhat familiar. As you get more wives, their Love cost increase but so does the LPS generation of the later wives. 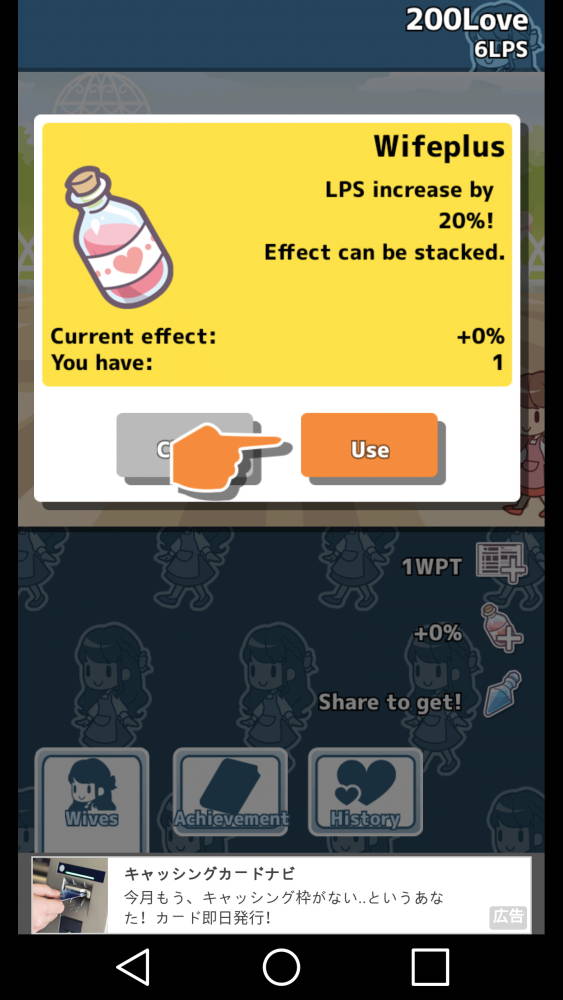 Power-ups are available in-game increase your tap love generation or boosting LPS. If you’re patient, you’ll pretty much won’t use power-ups but the game does offer to give you power-ups in exchange of watching in-app video advertisement. You can’t skip these, but at 30-seconds only, they’re fine. 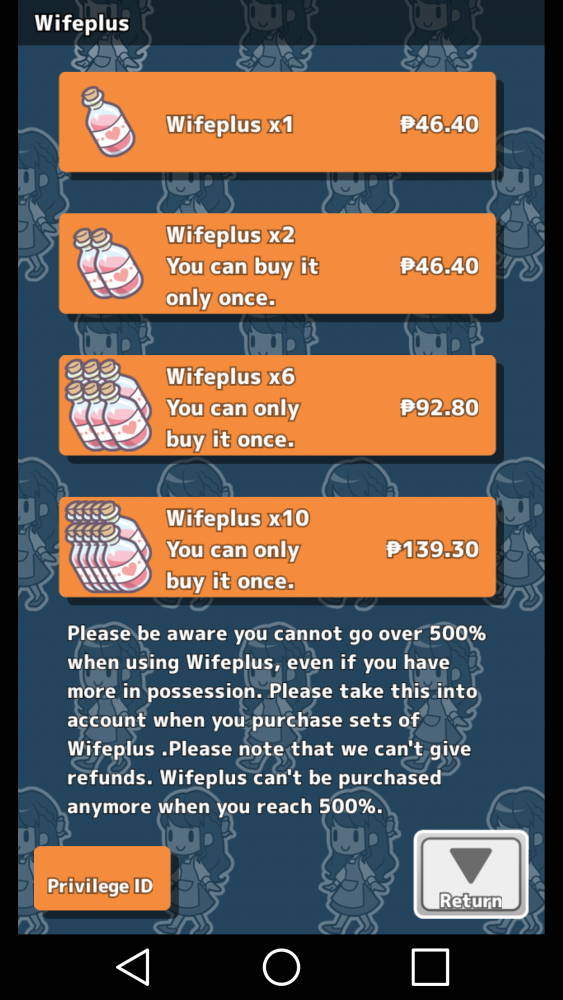 The only power-up that can be purchased in game is Wifeplus which boosts your LPS by 20% and will stack up to 500%. These are one-time purchases only and will increase your LPS generation permanently. Buying more to receive more than 500% LPS boost will not do anything as explicitly stated in the purchase screen. 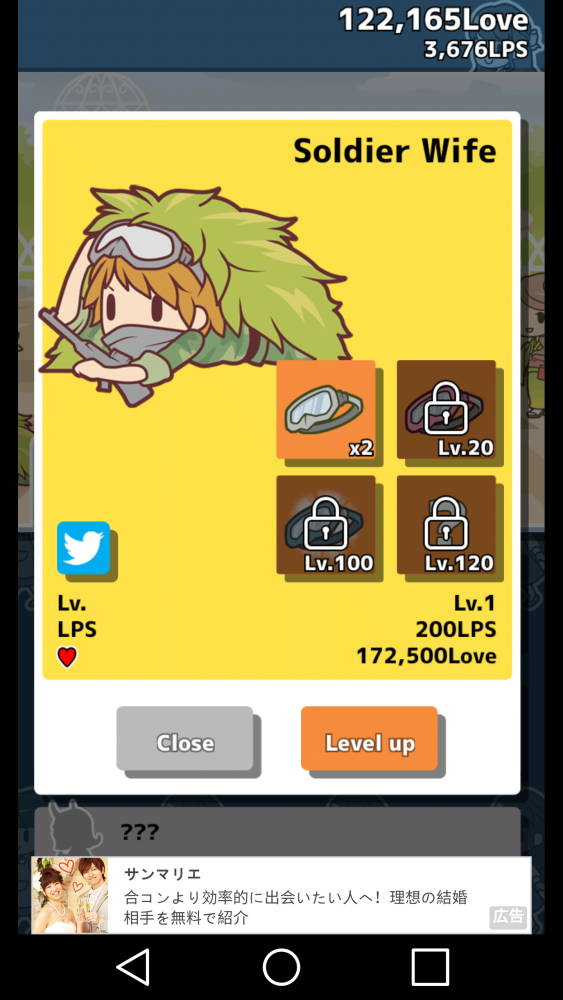 The game gets progressively difficult in terms of acquiring more wives as you get more wives. Each wife will generation more LPS but will require higher Love points to level-up and purchase. Also their add-ons also cost more. Managing these aspects and maximizing your LPS is the key to building an economy to fuel your ambitions of farming wives and this is what really what 10 billion wives is all about: it entices players to stick around by rewarding them with numbers but in reality, this game is quite hollow and has no goal whatsoever. Chasing numbers is the most thrill the game offers and there’s really no depth to it. Still, for those that do enjoy the idea of farming wives and effectively creating a Love-generation harem the game is well-executed and the sounds and in-game graphics are well-made. The tutorial also covers everything about gameplay and its as simple “generate Love points > buy more wives.”

Overall, this is a good time-waster and despite its lack of any reward besides the feeling of acquiring more items in-game that technically makes the game harder, its an enjoyable game for quick bursts of random stupidity.

If anyone has 10 billion wives already, kindly leave a screenshot.

Sweepstakes and Casinos (The Phenomenon Explained)