However, what if you’re looking for something familiar that you can play over and over again whenever you have a few minutes of free time without ever feeling bored? What would you recommend?

If this is the case, then the top five best Solitaire applications described in this post could be just what you’re looking for.

Have you ever looked into downloading one of the Solitaire applications available in the Google Play Store?

If you have, then you are aware that there are hundreds of possibilities accessible, and it is not simple to determine which of them are the finest since many of them have fantastic reviews and a large number of downloads.

Aside from that, the software with the highest quality Solitaire game does not necessarily need to be the most downloaded.

Our attention was focused on the following selection criteria to differentiate between the top Solitaire applications and those that aren’t worth the trouble of downloading:

Repeatedly playing the same Solitaire variant is not very entertaining. Applications that support more than 200 different permutations will keep you interested longer than apps that support a single permutation.

It’s acceptable if you want to play easily won games, as some people choose to do. The issue is that some of the Solitaire applications available for Android do not come equipped with a settings option for winnable games.

Although we aren’t opposed to paying for a game of Solitaire, we dislike it when it’s overrun with advertisements or relies on dishonest methods of making money.

Approximately once a year, Google unveils a new version of Android, which always comes packed with interesting new features for developers to experiment with.

To be considered a good Solitaire app, it is not necessary to take advantage of every new feature; nonetheless, it should be updated often enough to function faultlessly, even on the most up-to-date devices.

The greatest applications for Solitaire should have a wonderful look and feel. It is usually fantastic when an app allows players to pick between different card faces since some favor traditional card faces and others appreciate minimal card faces. Players should be able to choose whatever card face they want to utilize in the app.

Following an extensive evaluation of many popular Solitaire applications using the selection criteria outlined above, we have chosen the top 4 best Android Solitaire games for you to enjoy in 2022.

The timeless card game of solitaire that the company provides for free and featuring the one-of-a-kind gameplay of Garden is an excellent option for unwinding and stimulating the mind.

By solving the solitaire puzzle, you may unlock gardens, get sun shines, grow lovely flowers, create and design your magnificent gardens, and share them with your friends. You may manage your flower store and kitty shop by playing solitaire. When you play Klondike solitaire card games, in addition to the standard games, there are other events in which you manage a cat store and a flower shop.

You will be given tasks and then have to accomplish those orders by playing solitaire card games to earn money.

In many respects, Solitaire by Oddstream is the complete antithesis of Solitaire: Decked Out. For example, the app’s user interface is straightforward and not crowded with advertisements. Oh, and have we mentioned that it has no cost? Because it is!

The creator of Solitaire by Oddstream isn’t a big fan of Klondike due to the low possibility of winning each game (about 33%), which is why he incorporated a lot of other entertaining versions of the game, such as Agnes, Blockage, FreeCell, Osmosis, Scorpion, and Pyramid. He also doesn’t like Klondike.

The original version of Patience Revisited Solitaire was made available to the public for the first time in 2010. Since then, the game’s creator has been working ceaselessly to make it compatible with newer Android operating system versions.

This program has 57 solitaire card games, including Klondike, Spider, Freecell, Pyramid, and Canfield. It works and looks fantastic on mobile devices of all kinds, including smartphones and tablets. Patience Revisited may be downloaded without cost and does not include any advertisements.

This mobile game is a modern take on the time-honored card game known as Spider Solitaire. This software is ideal for taking breaks and time outs since it presents you with new challenges daily in the form of puzzles and games.

PopReach Incorporated is the company that created the gaming application known as Solitaire 3 Arena for use on Android smartphones. You have the option to compete in a tournament of solitaire.

There are new competitions to participate in every day. You may also play the traditional card game Solitaire by yourself.

The classic card game of Solitaire can be picked up and played anytime one feels the need to kill some time. You may download a wide variety of Solitaire games from the Google Play Store in 2022, including the games that have made it into our list of the best four.

I hope that lady luck is on your side today! 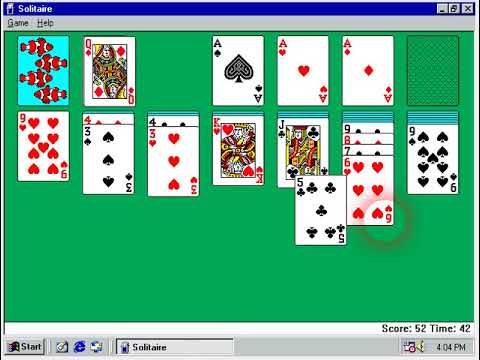 The game was introduced with Windows 3.0 and has been included in every version of Microsoft Windows since then. However,...

The Best Minecraft Mods for Realism