Kingston is celebrating its 25th year in the business and the 10th anniversary of the HyperX high-performance product line aimed at enthusiasts and gamers. As a testament to this achievement, Kingston is releasing the limited HyperX 10th Anniversary Edition memory modules to commemorate this milestone. Today we take a look at the these modules and see what 10 years of HyperX excellence brings to the table. Let’s check out what the Kingston HyperX 10th Anniversary Edition Memory can do and let’s make this extremely showy!

As previously mentioned, Kingston is celebrating a couple of milestones and the Kingston HyperX 10th Anniversary Edition memory modules are the symbol of the HyperX celebration. As the latest addition to the HyperX family, this product has much to prove to live up to its Beast and Predator big brothers. Let’s get going but first some specs and images. We have the DDR3-2400 kit of 4 for testing so we’re hoping for some serious performance!

Open World and RPG Games to Watch out for This Year 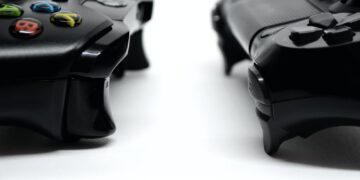 This article looks at the top tech trends used for creating a more engaging online gaming experience. Let’s dig in!

Open World and RPG Games to Watch out for This Year