What are Optical Switches?

Optical Switches use laser/infrared technology meaning that these switches use infrared light as the key component for keystroke registry.  A mirror or lens is used to bounce the infrared light to the Photo Sensor to register a keystroke instead of using pins that contact each other when pressed. With the use of optical switches, BenQ claims to have a major reduction in “double pressing” compared to mechanical switches. Additionally, BenQ’s implementation of optical switches differ from other brands like Bloody as they claim that their switches are able to maintain a consistent keystroke feel.

The packaging of the Celeritas II has a minimalistic look with only the Zowie logo and keyboard name popping out thanks to its red gamer-y color. If you try to look harder you’ll notice that the enter key is outlined in the keyboard indicating that the Celeritas II uses an ISO layout, which is popular in European countries, instead of ANSI. Moving to the back, there is only a Zowie logo displayed at the center along with serial and warranty information at the lower right.(yes, we the keyboard was shot upside down)

The packaging contains the Celeritas II Gaming Keyboard, User Manual, Warranty Card and a USB to PS/2 adapter. The PS/2 adapter is needed for one of the keyboard’s features which will be discussed later. The inclusion of the adapter and the feature however, might not be useful as there are very few boards using PS/2 since Intel’s 6th generation release and AMD’s Ryzen.

The Celeritas II has a generic look compared to other gaming keyboards in the market. It’s not the type of keyboard that will give non-gamers a wow reaction at first glance, but we must not judge a book by its cover. It has a chin that also acts as a wrist rest. The back shows 4 rubber strips positioned near the edges. And yes, there are no flip stands as the keyboard is intentionally elevated for an ergonomic typing experience.

The keyboard has a matte finish giving it a clean look despite its simple design. The matte finish makes the keyboard attract sweat marks from your palm especially wrist rest area. F1 to F6’s alt-function are for media control. F7 to F8 controls the keyboard’s brightness.

F9 to F12 are controls specific to the keyboard’s Real Time Respond(RTR) Function. This function is carried over from the first Celeritas keyboard that is useful for RTS and MOBA games. Essentially, RTR lets the keyboard receive and register multiple keystrokes for a short period of time unlike some gaming keyboards that skip some keystroke registry.

Going back to Optical Switches, BenQ uses a cherry like mechanical housing for custom keycap compatibility. Do note that you should look for ISO layout keycaps to match the Celeritas II. BenQ uses Flairtech as their OEM but they claim that the specifications, especially the actuation force, are tailored to BenQ’s standard. This means that the switches found on the Celeritas II are unique and different from other brands who also use Flaretech for their switch.

A quick sound comparison between the Celeritas II and the Rantopad MXX Gateron Red Switch.
*Video will be available as soon as its finish uploading(RIP internet) 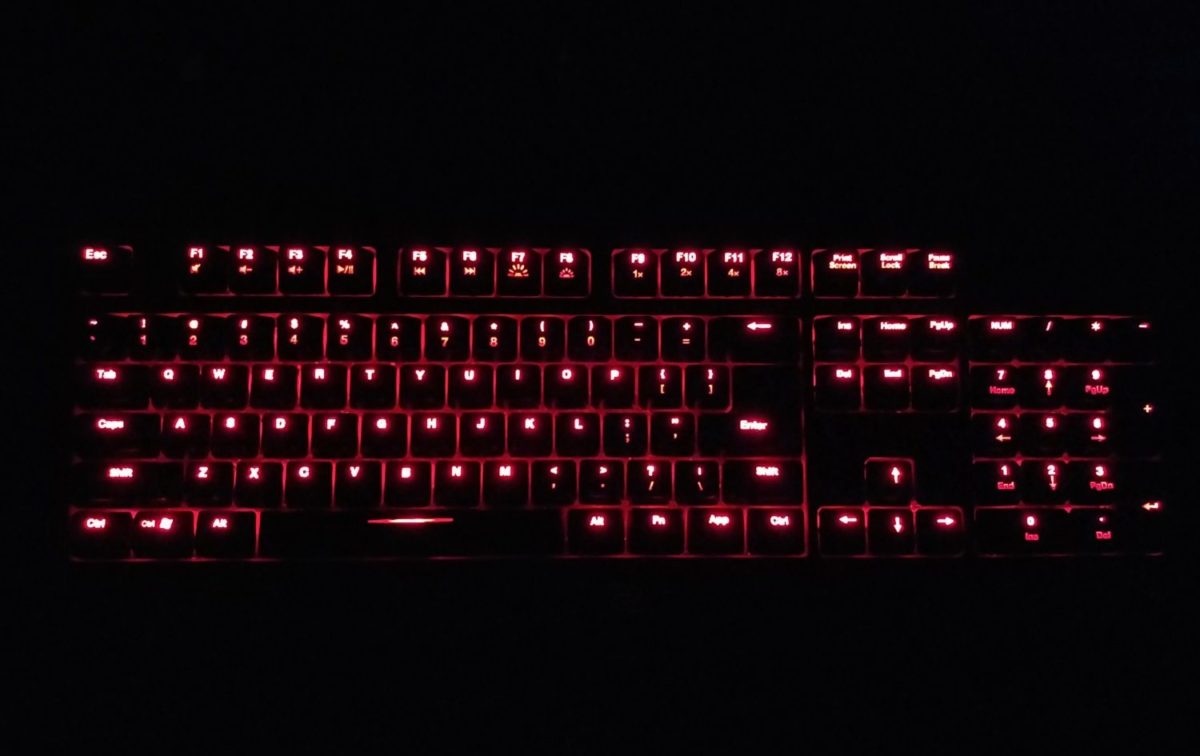 Let’s break it down:

Performance. The Optical Switches do give a different feel when it comes to gaming. There is a noticeable difference in actuation that eliminates misclicks and unintentional double pressing, a common problem of red mechanical switch users. The consistency when performing a keystroke gives the user a pleasurable typing experience despite the lack of a tactile feel like a blue or a brown switch. It’s easier to wiggle your character / spam A-D while looting enemy crates in PUBG. Switching weapons, peaking Q/E in PUBG is smoother overall as I don’t have to be distracted by the inconsistency of pressing down compared to red switch mechanical counterparts. Spamming buttons for skills in DOTA 2 is also smooth thanks to, again, the consistency of the switch. The feel makes it easier to react in tough situations such as locating from where you’re being shot at and looking at the area of an explosion. The wrist rest provides comfort in extended gaming periods.

Build Quality. The vanilla look and all plastic construction of the keyboard doesn’t entirely speak of its quality. The keyboard is rigid enough to resist flex when stressed. The keycaps have less wobble compared to their mechanical counterparts.

Functionality. The Celertias II features a plug&play driverless design that eliminates the hassle of having to tinker with a software for configuration. The trade-off here is the user doesn’t get customization options for their keyboard. The RTR function is more of a niche since its designs for games requiring multiple inputs in a very short time(eg. RTS games). RTR helped me in DOTA where I used invoker as inputting different Quas-Wex-Exort combinations to Invoke skills were registered without any skipped keys or double press.

Bundle. Content wise, the addition of the PS/2 adapter and its hot-swap capability(meaning that no restart is required) is a nice touch but the RTR feature would be deemed if your motherboard doesn’t have a PS/2 port. The Red LED might be a turn-off for some considering that its the era of RGB.

Value.  For an SRP 7,500 Php, the keyboard sits at a premium considering its lack of extra features such as RGB, dedicated macro keys, dedicated media keys and the like. What you get, however is a simple plug and play keyboard that eliminates any hassle interms of customization.

BenQ’s approach in the gaming keyboard market is unique and commendable. However, there are still points of improvement as the features goes. The RTR function can be a substitute for macros since it guarantees full keystroke registry. The trade-off over macro is that, players can still commit human error with skipped or misclicks, not to mention, the extra amount of effort used compared to just pressing a single button that will do everything for you. But overall, we have seen an improvement over the past Celeritas. A little polish of its features would have justified its premium pricing and making it the perfect keyboard for eSports.

With that said Zowie backs the Celeritas II gaming keyboard with a 1year warranty, and we back this up with our Silver Award! 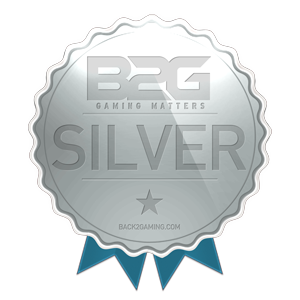