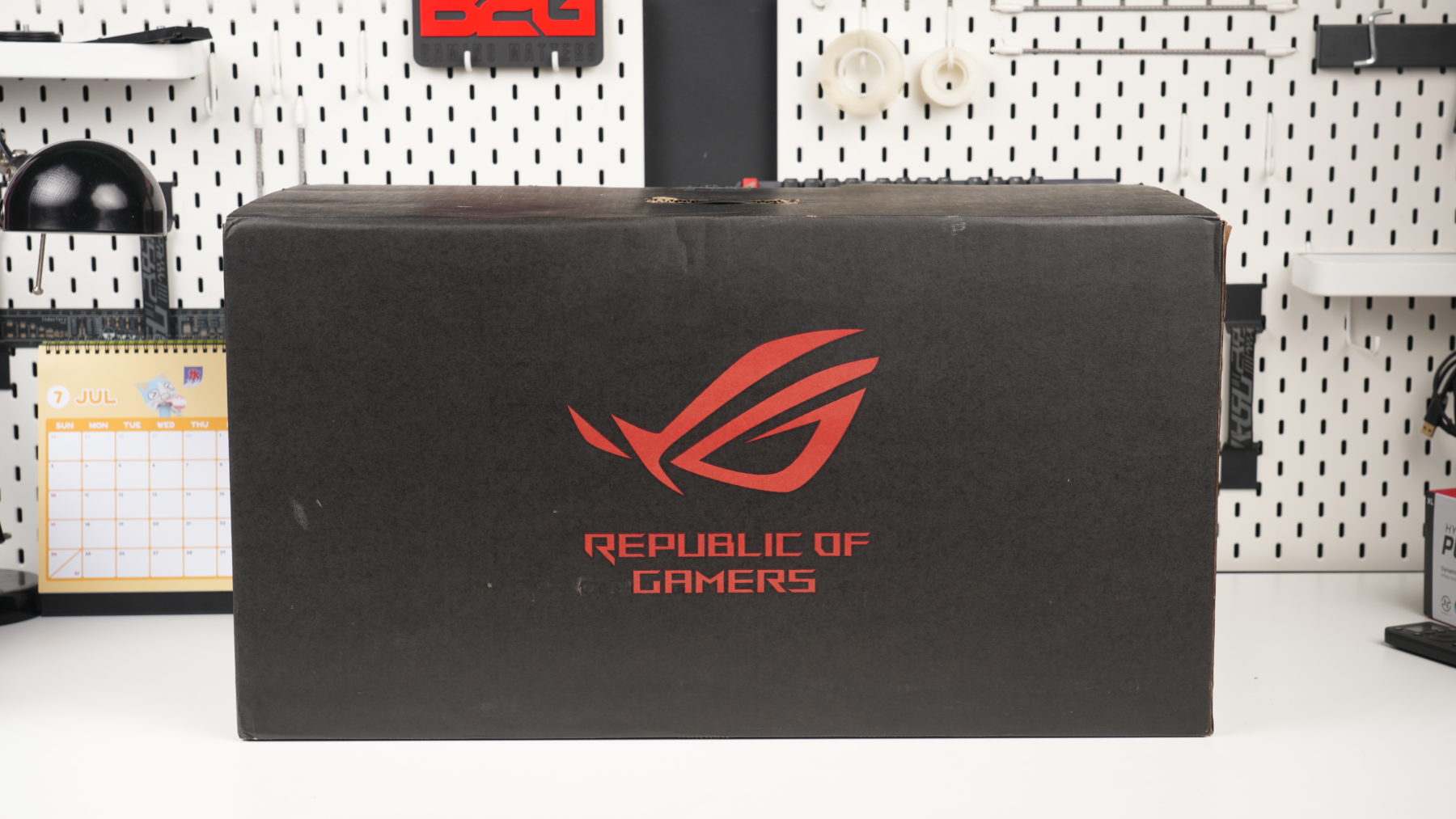 With its premium price, ASUS ROG makes sure this is a premium bundle. The box alone is one of the largest you’d see unless you’re a rockstar and have owned the likes of the ROG GX700 before which came in a luggage. Obviously, the large package isn’t for the laptop alone and inside we have a nice phat bundle which includes an ROG Ranger backpack, an ROG Delta headset, an ROG Claymore Core gaming mouse, a 100W PD charger, a larger 200w power brick and the laptop itself. Here’s the bigger part of the bundle for your reference. 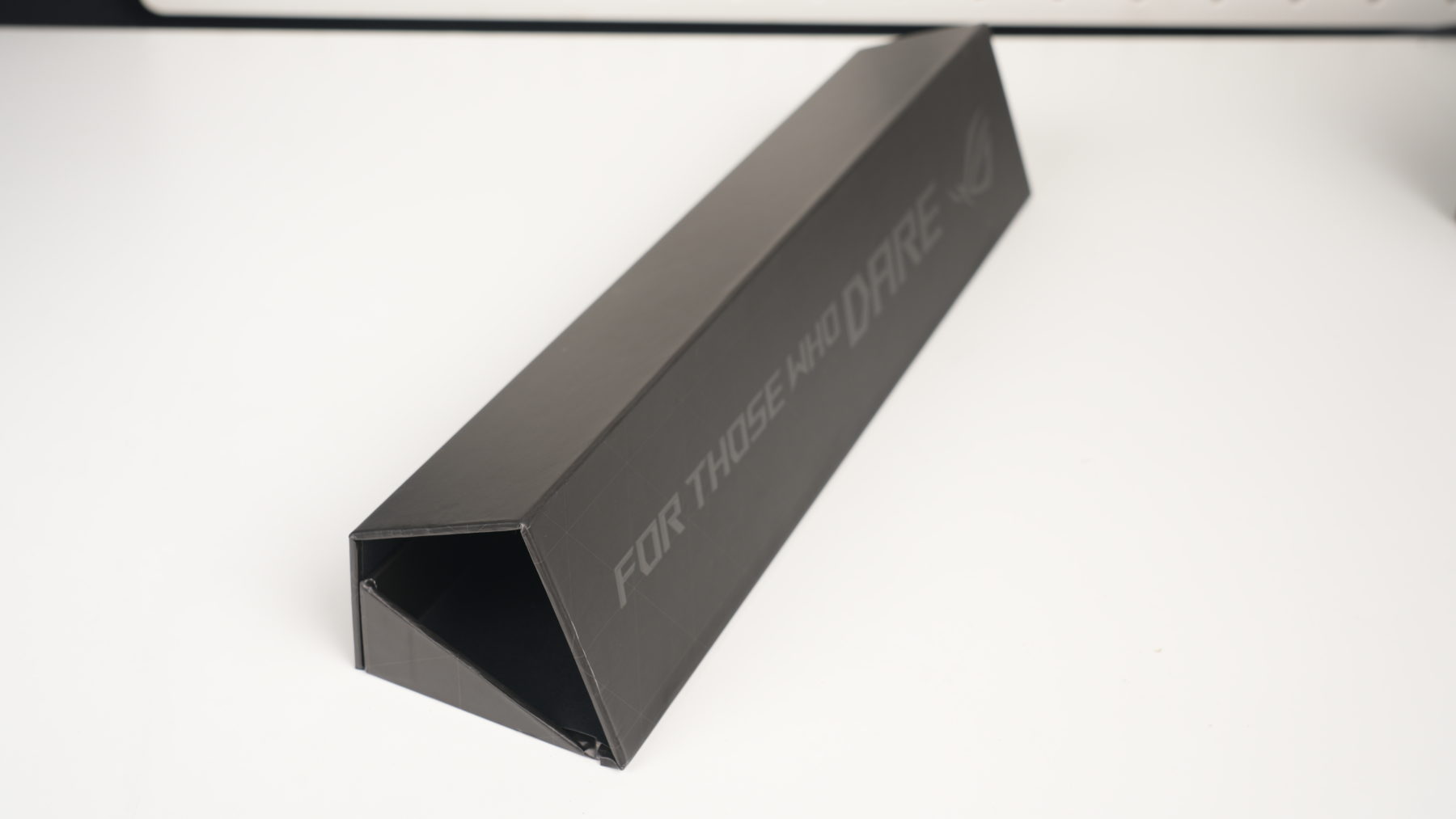 A nice little bonus is this folding stand which is inserted in the laptop box. It folds to serve as a kickstand of sort for the ROG Zephyrus Duo 16 2022 to improve your viewing angle. 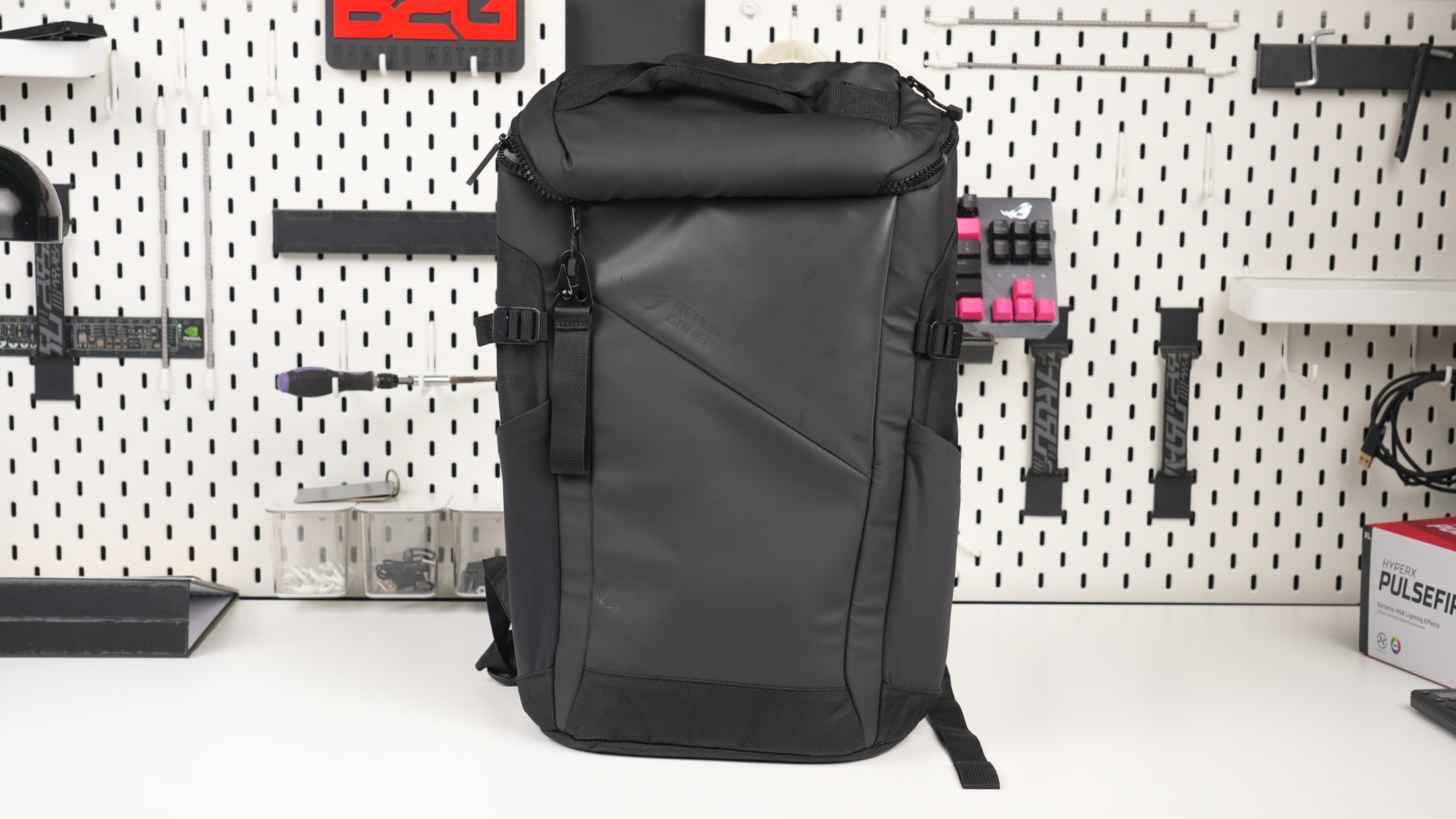 The included Ranger backpack is a toploader, rider-style backpack. From what I can tell, this is exclusive with this laptop and is not sold by itself. Modern ROG laptops are the fruits of various design experiments that ASUS has done throughout the 2010s and has resulted in their current design language. We rarely see the LED-backlit ROG logo on most laptops now with modern ROG laptops like the ROG Zephyrus Duo 16 sporting a badge. This year’s model has a more subtle RGB fade on the treatment complemented by the “slash” that divides the metal lid top. The bottom is bare as expected but curiously, ASUS ROG has made a visible outline of the intake fans as seen in the image above. This is also similar to the speaker ports in the bottom of the photo.

At 20.5mm at its thickest side, ROG has little port options but they make do with the space already consmed by the ROG AAS and touch screen. ROG’s IO options aren’t as rich as the the more standard ROG Strix SCAR but plenty enough for most uses. The right side features a single USB Type C port and the left side houses the DC jack, a USB-A port, another Type-C port, a microSD card slot, and a audio/mic combo jack. Take note that all USB ports on the ROG Zephyrus Duo 16 2022 whether Type A or Type C are 10Gbps capable. The left Type C port also serves as the primary DisplayPort output and features G-Sync compatibility while the right side, although supporting display output, does not support NVIDIA G-Sync.

Opening up the ROG Zephyrus Duo for the first time is a wonderful experience. The lifting second screen just looks so high tech but seeing it all fold up in the standard body is similarly astounding. ASUS ROG boasts some incredible engineering in their ScreenPad Plus and says it features a lot more rigidity than ever before. That means its tougher and can endure more hard presses. The keyboard remains largely the same. There is now a design bar just above the keyboard as the ScreenPad Plus opens up. The transparent bar above the keyboard serves mostly for aesthetics and has RGB lighting. Other than, it is just for looks. Unlike previous models, the ROG Zephyrus Duo 16 2022 has a 720p webcam. Its not as great as a separate webcam like the ROG Eye but it works enough for Windows Hello. It does feel a bit disappointing as something this grand feels weighed down by a fairly lackluster webcam.