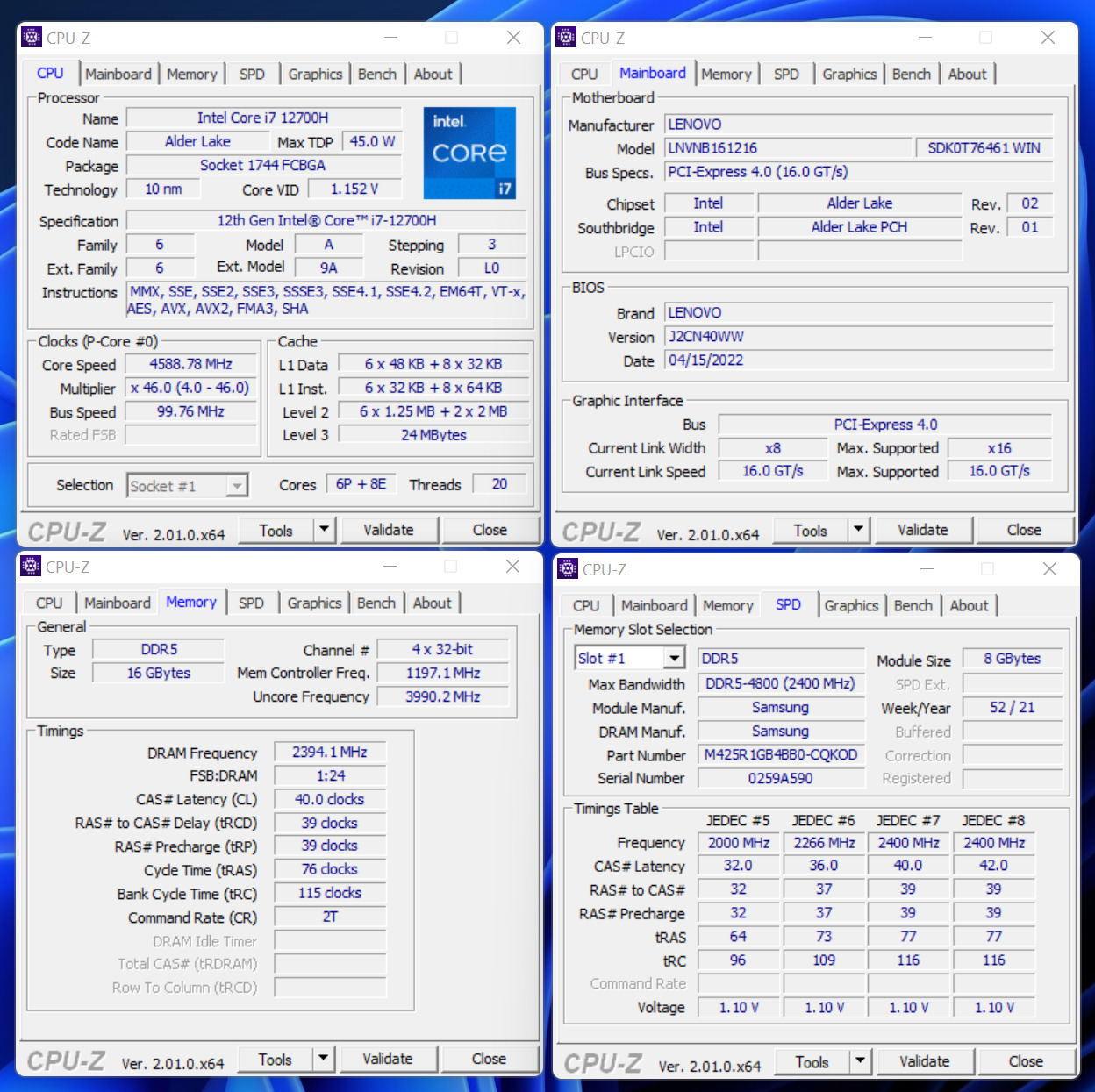 Back2Gaming is proud to partner  with OCCT for this test to  allow us to set various stress loads without using mixed-load benches like AIDA64. OCCT allows granular control on the testing. It also features monitoring and logging for troubleshooting problems and performance analysis . OCCT is available  for free for all users with a paid version for power users and businesses.   This stress test goes through different workloads with 5-minute breaks in between. The loads run for 10 minutes and goes through SSE, AVX and AVX2 workloads. The last test is a combined CPU and GPU test which should push our unit to a very intense loading scenario which should show us a good indicator on the peak load temps of this laptop. 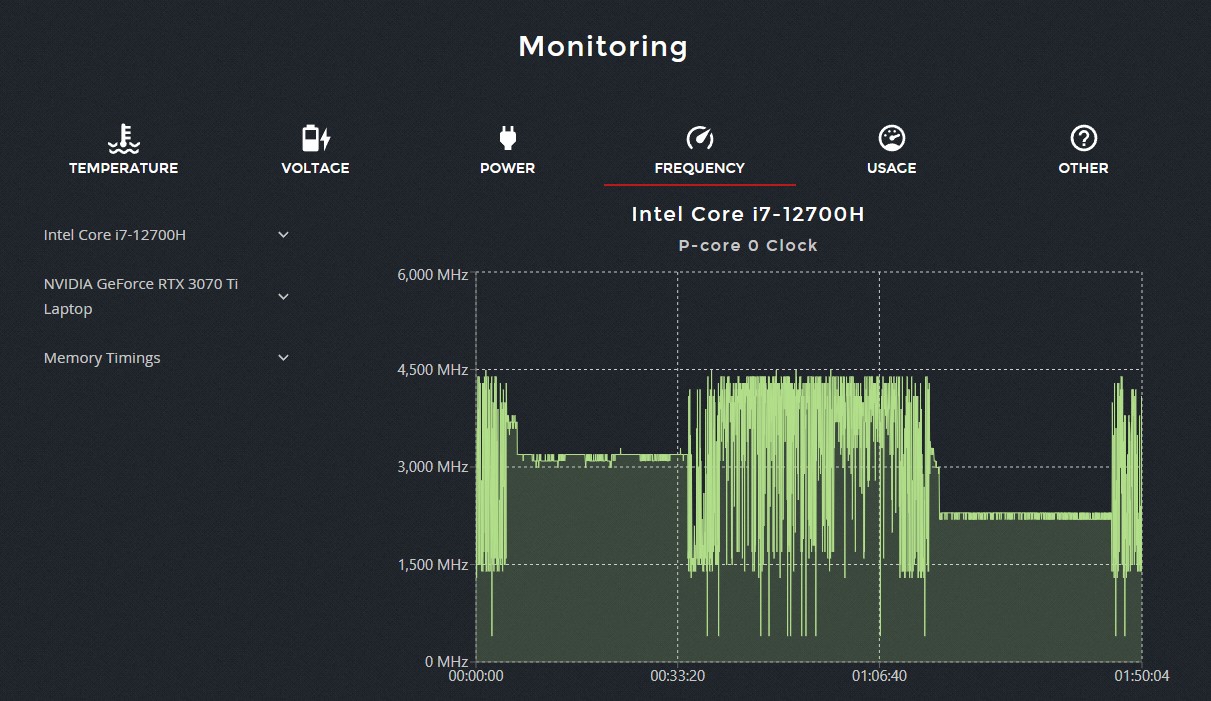 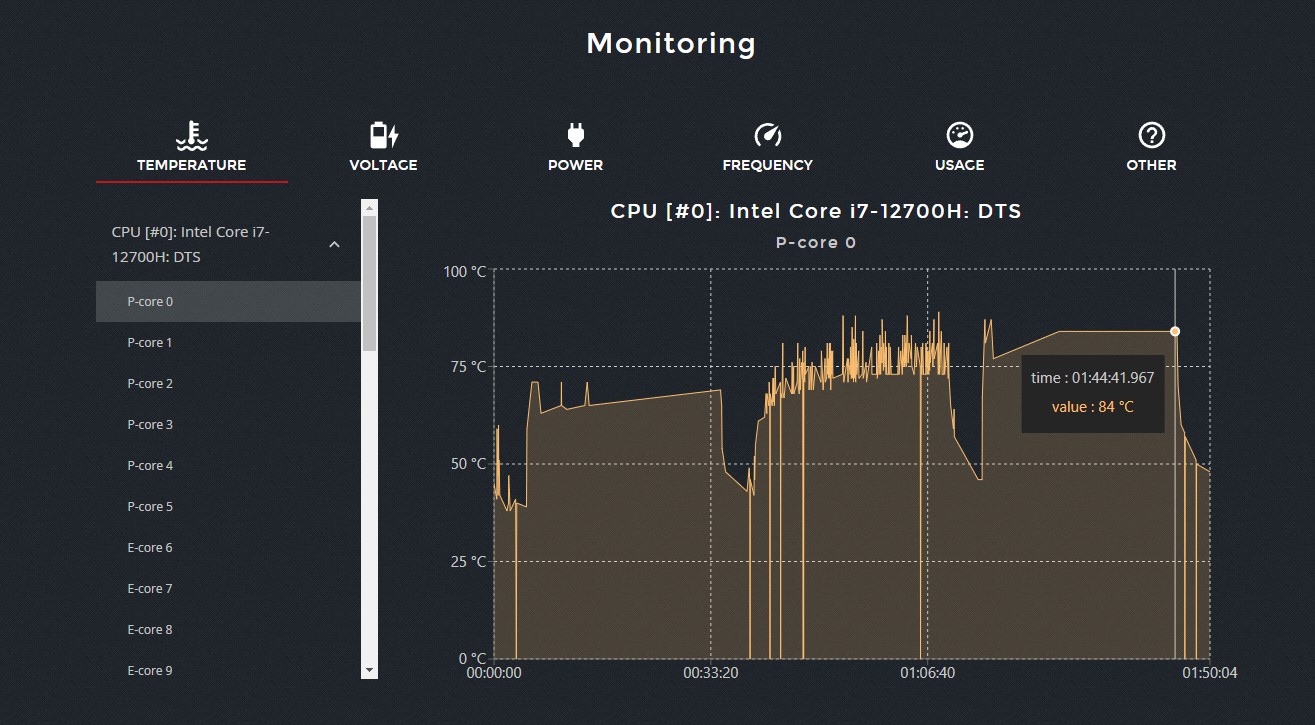 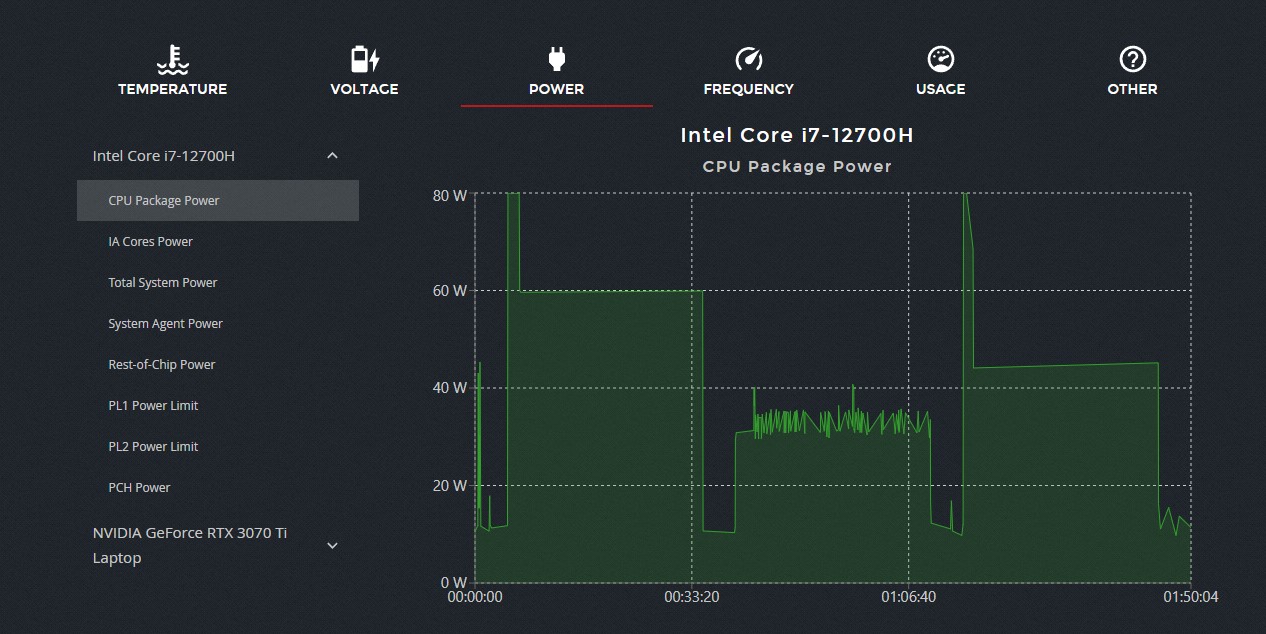 Our extended endurance test is a near 2-hour stress test that stresses the 1) CPU then the 2) GPU and lastly both 3) CPU and GPU to test cooler endurance and performance.

In the first arc of the test, our CPU AVX2 test pushes the CPU to the higher 60W as its a dedicated CPU workload, this sees temperatures rise to 75*C with CPU clocks dropping to 3.2Ghz. AVX2 is a very intense workload and while this CPU can boost further than 60W, an SSE workload won’t be much of a challenge to Lenovo’s cooling as even a 60W CPU took nearly 30 minutes to reach peak temperatures.

On the 2nd arc of the test, we have our GPU test. We’ll discuss the GPU on the next section and go straight to the 3rd arc which is another 30-minute stress test but now combines the CPU and GPU. As you can see in our CPU power chart, the CPU now drops to around 40W with the GPU operating at 100W. The CPU clock drops to 2Ghz to adjust for the added load of the GPU on the system.

To fully utilize the maximum potential TDP/TGP of the configuration, you’ll need to run in Turbo mode. As most laptops have multiple profiles and overclocks on top of their turbo profiles, we’re testing using out-of-box settings which means Balanced mode for the Lenovo Legion laptops. 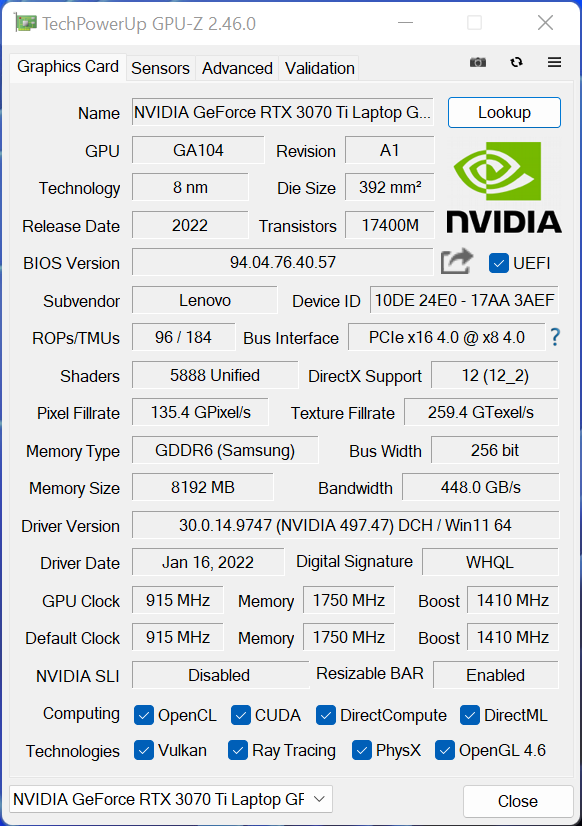 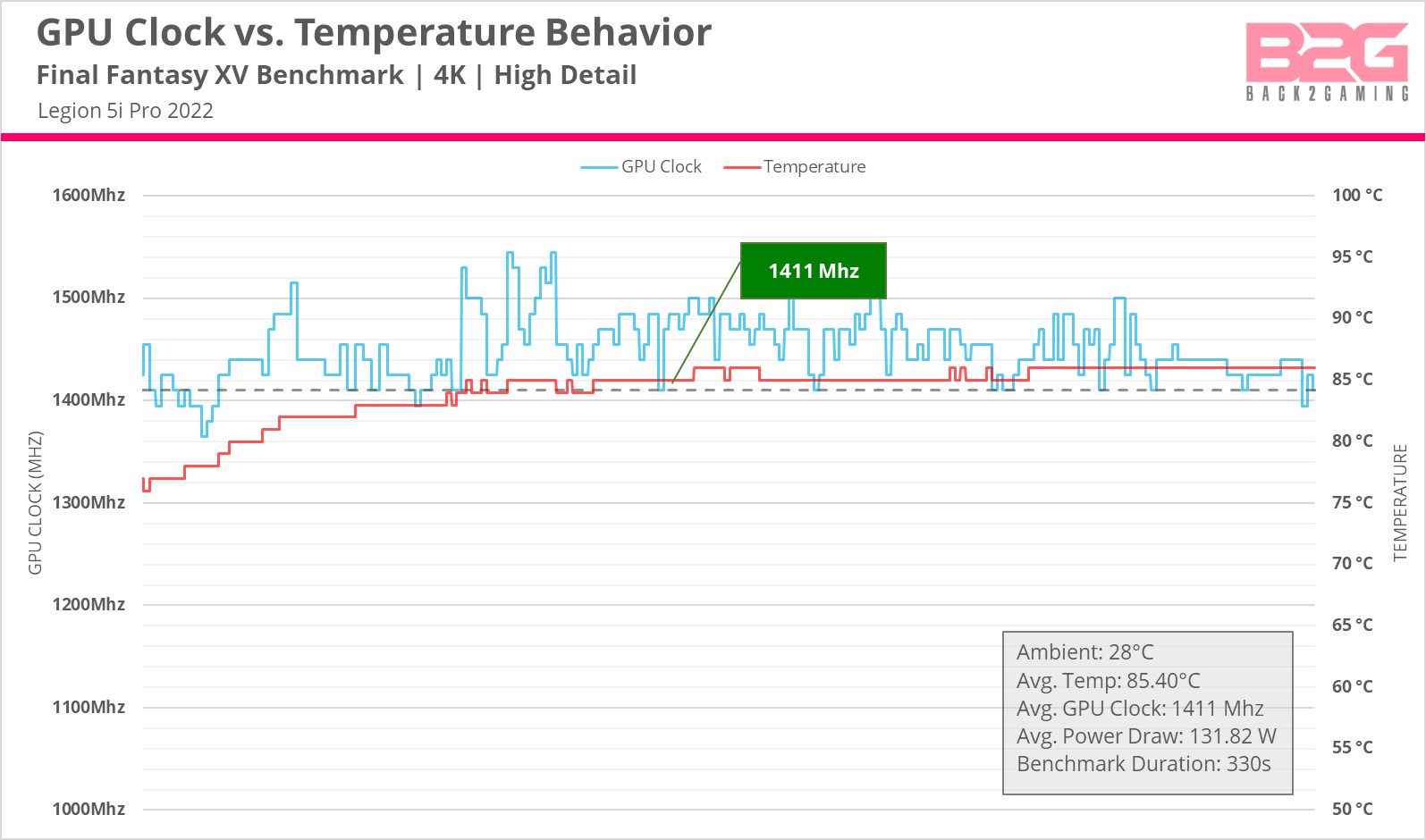 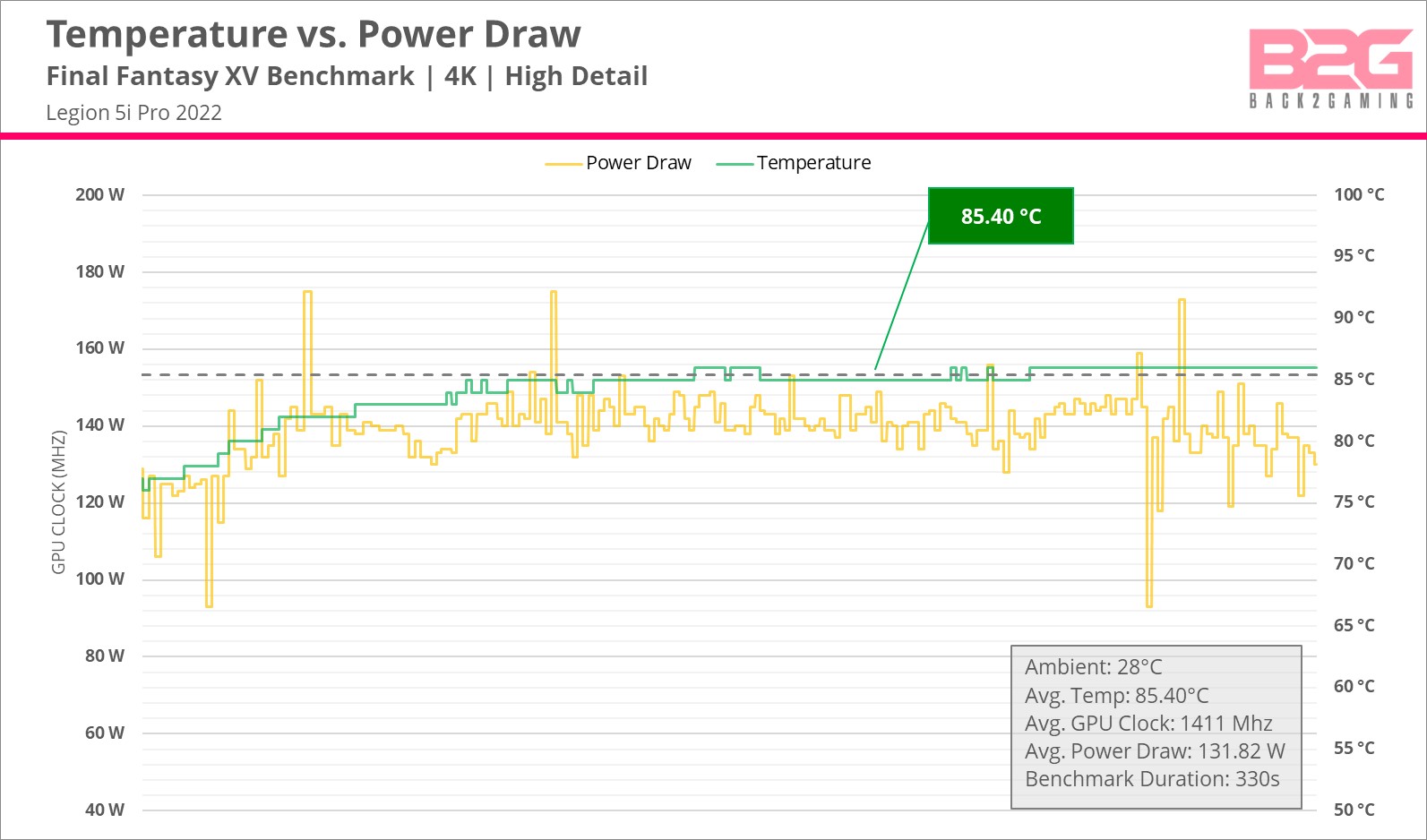 Lenovo lists their TGP for their RTX 3070 Ti at 150W. This is actually broken down into the maximum NVIDIA rating of 125W and another 25W from Dynamic Boost. In our gaming chart above, we can see Balanced Mode sticking to a modest 100W TGP but keeps the GPU at 80*C which is an ideal target for most users. In exchange for a bit more power, Turbo Mode gives us an extra kick on the GPU but costs us around +5*C in average temperatures. The actual value of this boost is dependent on the game you’ll be playing. In our test, there is only a +4FPS increase so that heat penalty is surely not worth it. In lighter games though, this will surely mean more with CSGO and Valorant being games who can take advantage of such an increase.