Closing the performance gap with desktops and the competition

There was a lot riding for Intel prior to the launch of their 12th-generation Core-series CPUs aka Alder Lake. Our launch review of the Intel Core i9-12900K shows just how much Intel jumped from their last-generation and expectations was set higher for the laptop release of Intel’s 12th Gen Core CPU for mobile. Today we’re taking a closer look at exactly with the Intel Core i9-12900H.

Featuring the same hybrid architecture that brings up to an impressive 20-core CPU to laptops, Intel’s hybrid P-core + E-core strategy is paying off with excellent performance advantage. in this review, we’ll dive deep behind 12th-gen Intel Core’s system performance, particularly the Core i9-12900H paired with an NVIDIA GeForce RTX 3070 Ti in our ROG Strix SCAR 15 2022. 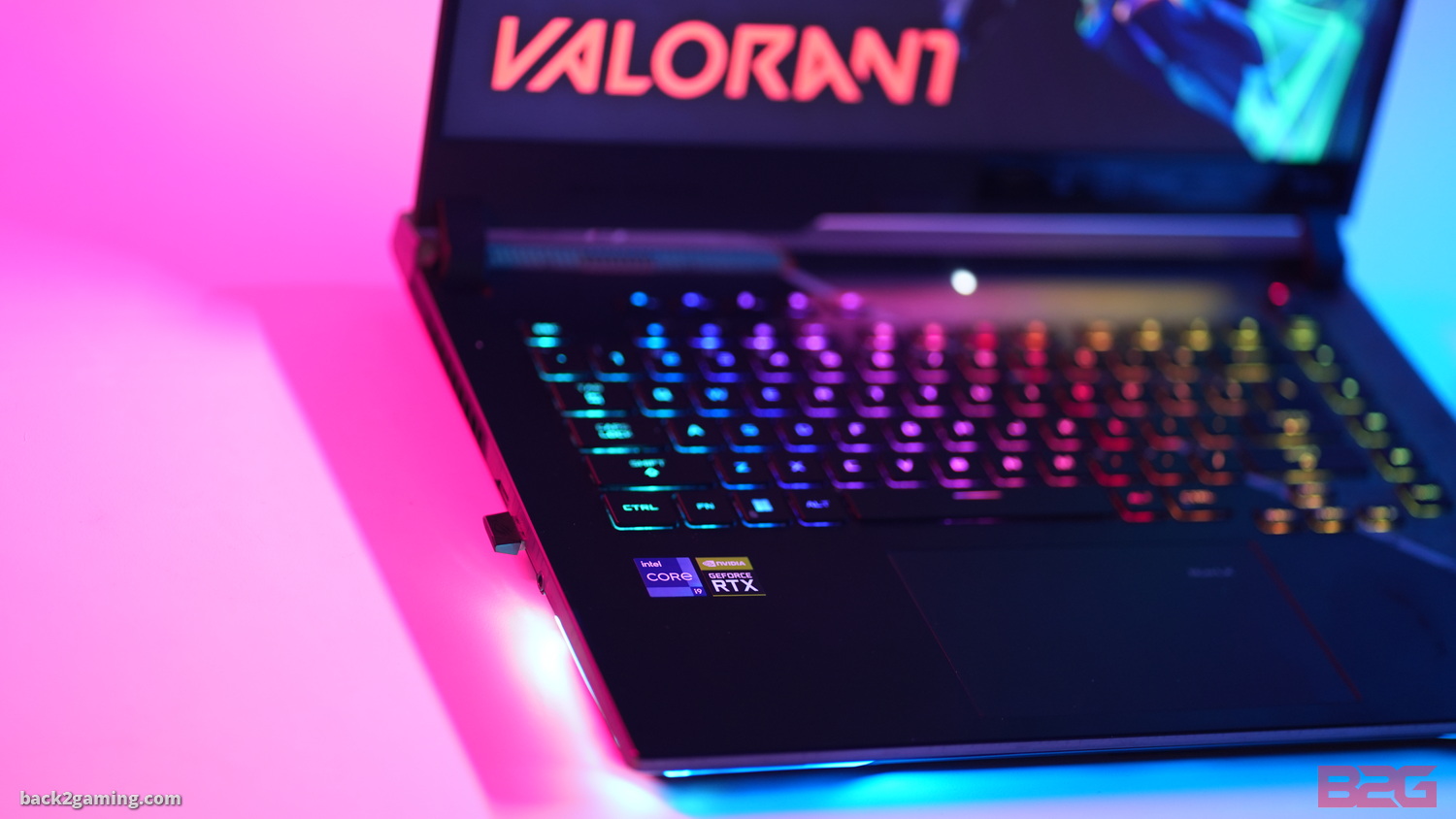 The Core i9-12900H is the non-OC flagship CPU for the mobile enthusiast segment of the 12th-gen Intel Core offerings and brings with a total of 14 cores, a combination of 6 P-cores and 8 E-cores. It sites alongside its 12900HK brother as the topend CPUs for this generation of Intel laptops and is rated for max turbo draw of 115W and a standard base power of 45W. This configuration sees the Intel Core i9-12900H offering high level of performance for both gaming and multimedia productivity amongst others.

In this review, we’ll cover both system performance as well as gaming performance. While every laptop maker are free to configure their models to take advantage of the Core i9-12900H, most will utilize its Turbo capabilities as much as they can and this will play a vital role in pushing every ounce of performance from the CPU. Regardless, the Core i9-12900H will make its way on top-shelf models that fuse high-end features with high-end cooling. We’ll find out just how it performs in both general usage and gaming in this review. This review is quite extensive but each page is designed to be referenced independently. 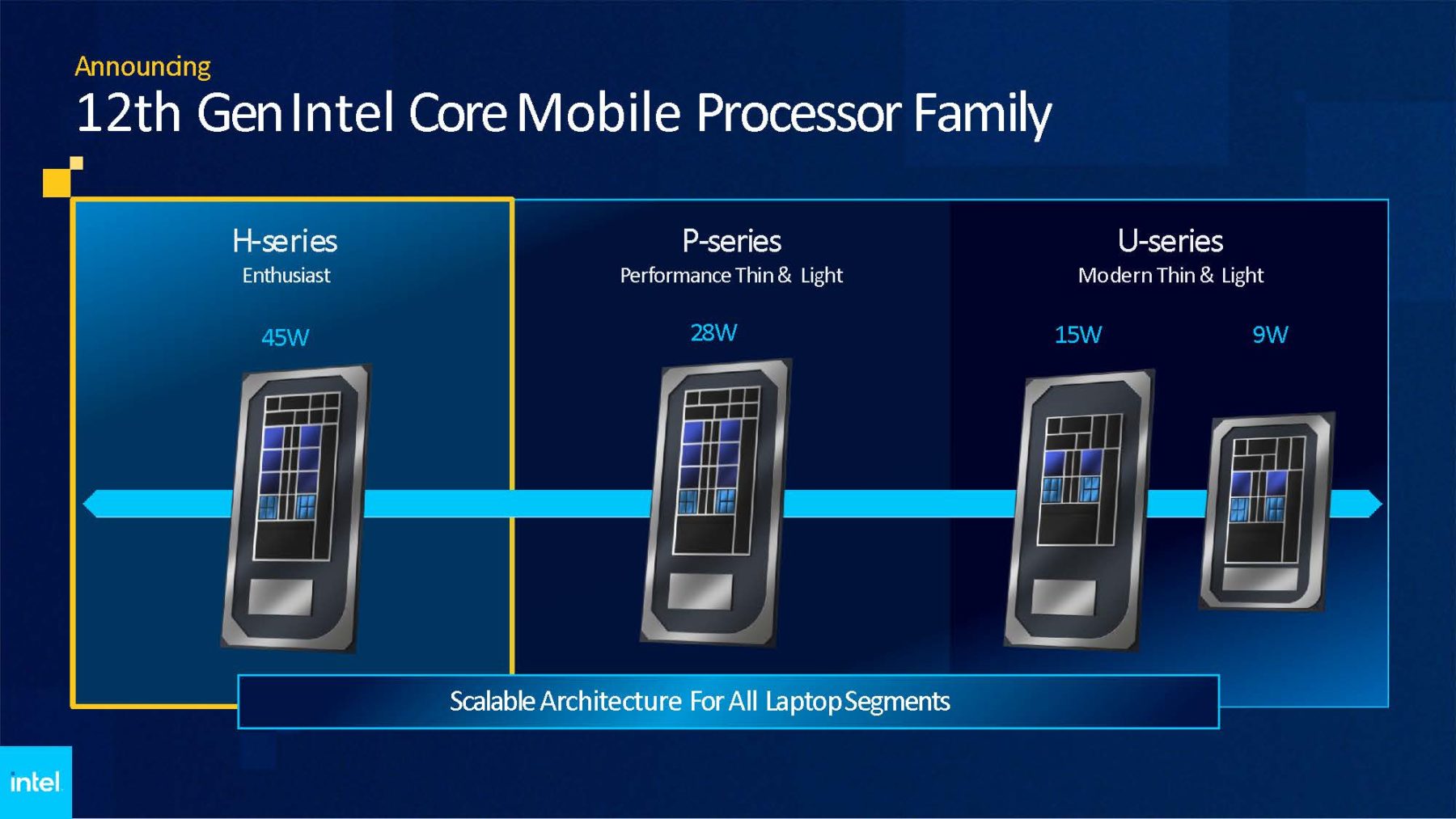 For a deeper discussion about the latest generation of Intel CPUs, please see our architecture breakdown in our 12th-gen Intel Core launch article.

As for the mobile 12th-gen Intel Core CPUs, the strategy for desktop applies with hybrid architecture at the forefront as well with Performance (P-cores) and Efficiency (E-cores) powering 12th-gen Intel Core CPUs. In tandem with Windows 11, 12th-gen Intel Core-based systems are designed to assign work tasks to fit the core best suited for each job. Low power E-cores will handle light workloads and operate with minimal power draw while P-cores will handle the heavier loads. Combined, they offer high core count performance without the drastic increase in Intel’s die size or power draw. 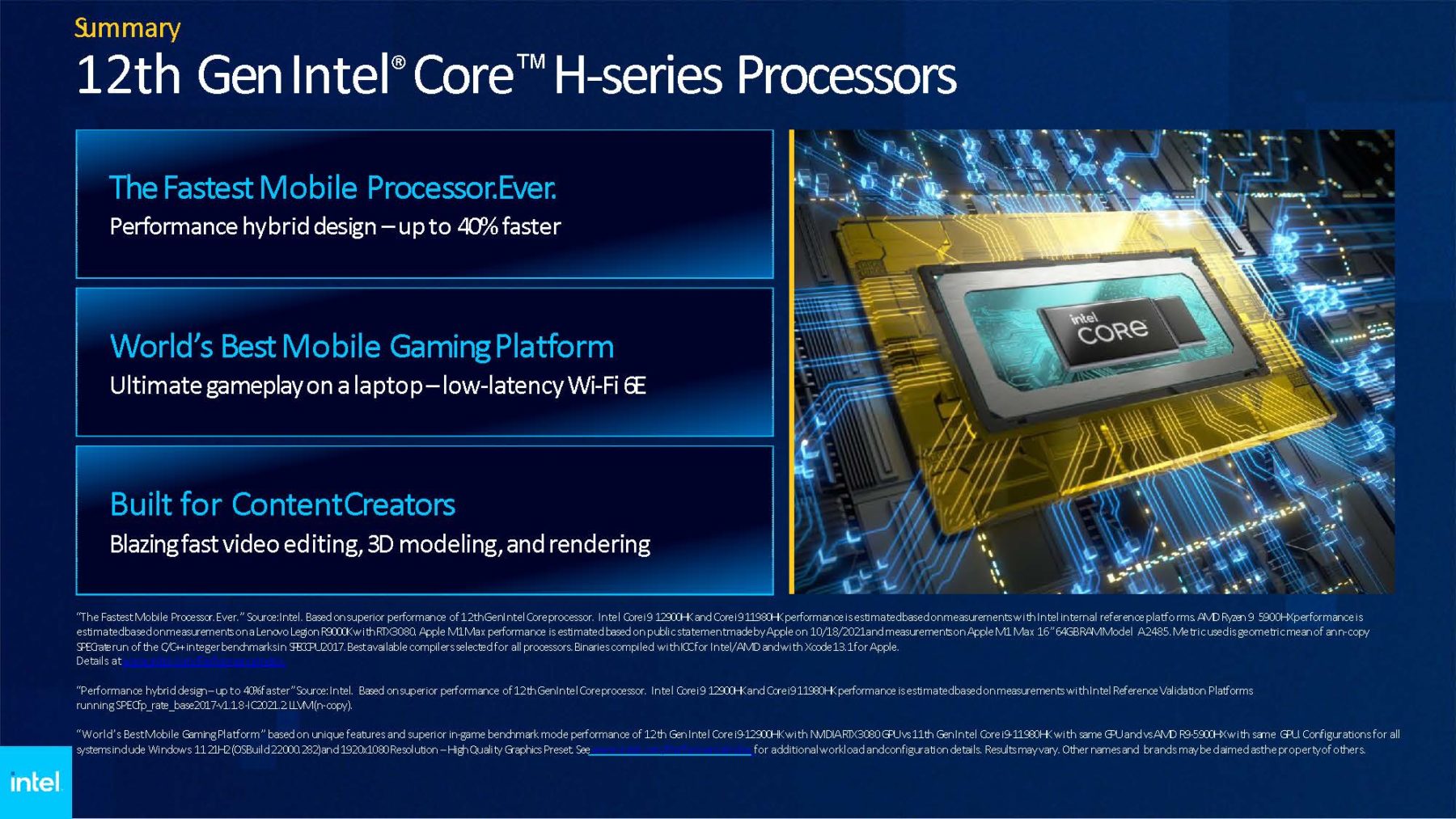 12th-gen Intel Core CPUs’ arrival on mobile was been heavily anticipated thanks to its success on desktop and while  not all desktop CPUs are hybrid, Intel’s new-generation CPUs managed to carve a path towards regaining performance dominance for desktop. This is why many are anticipating Intel to do a similar feat on laptops with the H-series 12th-gen Intel Core processors. With E-cores offering extra power with minimal power draw as and the stronger P-cores doing some heavy lifting, a significant improvement in battery and overall performance is expected on these platforms. 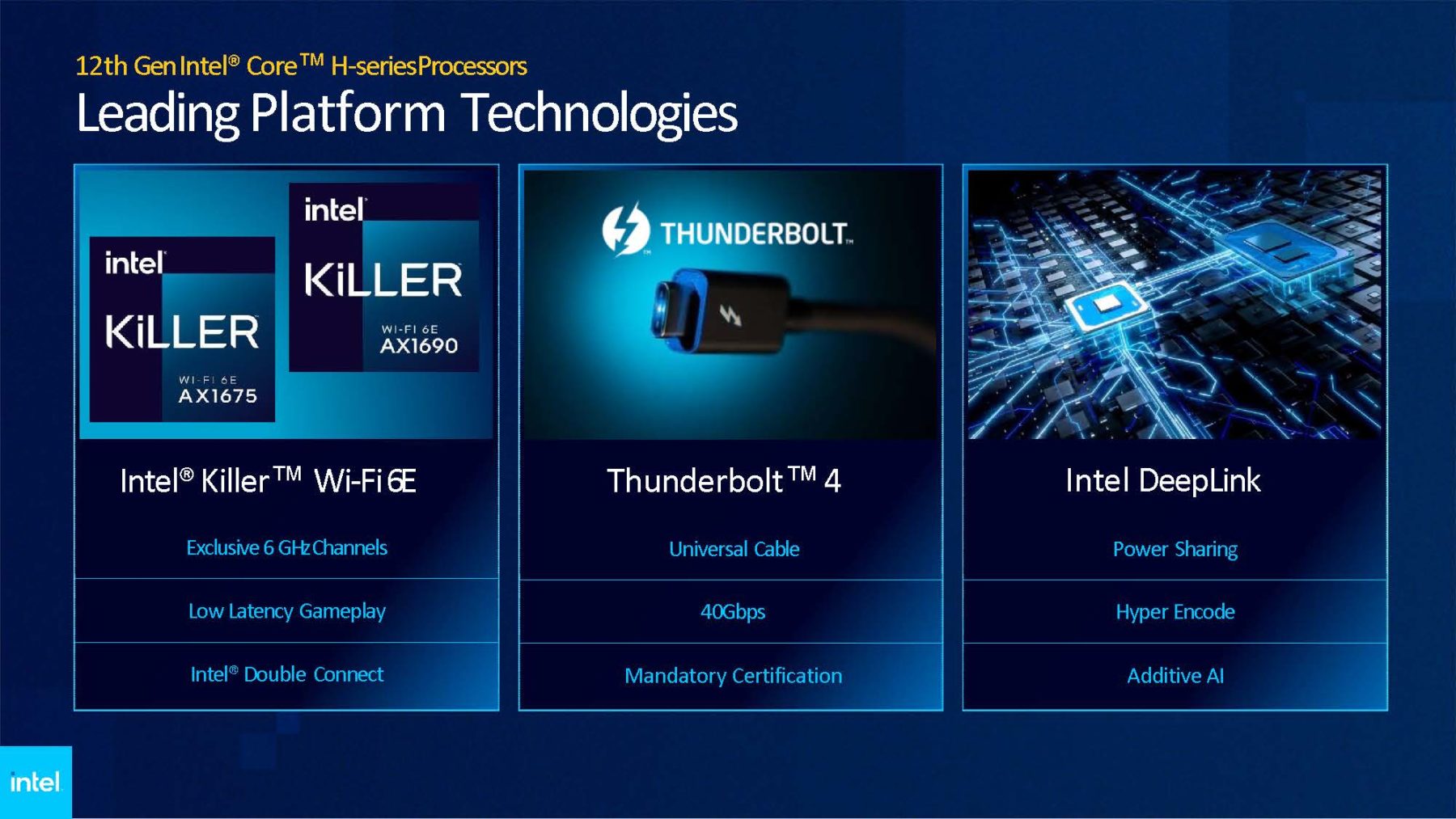 12th-gen Intel Core CPUs for mobile will also bring with richer IO with WIFI-6E and Thunderbolt 4 at the helm for faster connectivity and higher bandwidth. This is coupled by native support for 8lanes of PCIe Gen4, DDR5-4800 and backwards support for DDR4. 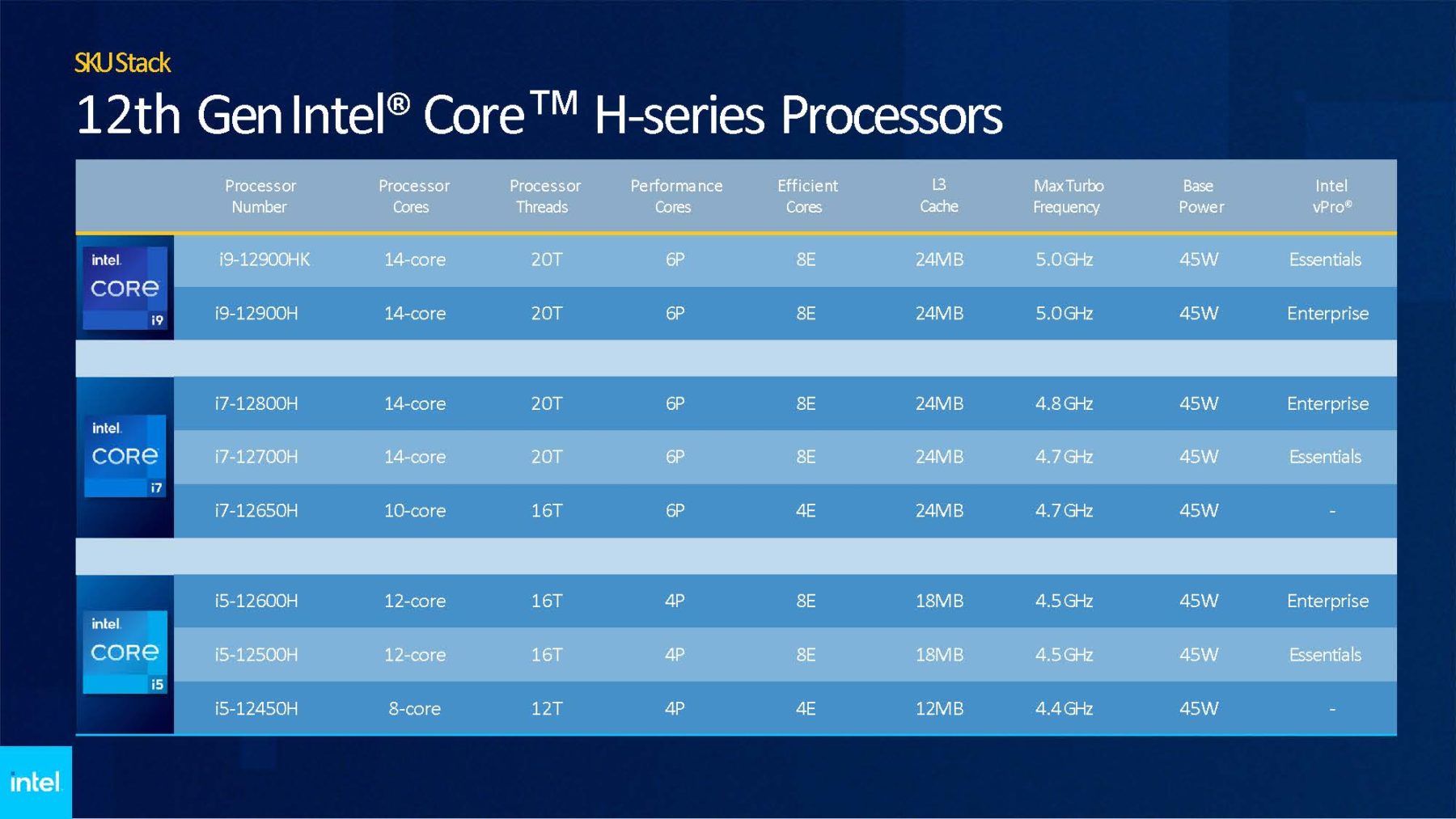 The 12th-gen Intel Core H-series mobile CPU stack will comprise of a pair of i9 SKUs on the top: the Core i9-12900HK with 14 cores total (6P/8E) capable of P-core Turbo up to 5Ghz on the P-cores and E-cores up to 3.8Ghz. This is shared with the non-OC Core i9-12900H which features the same specs. Together, these CPUs will mostly be seen on enthusiast gaming models as well as top-end productivity systems. 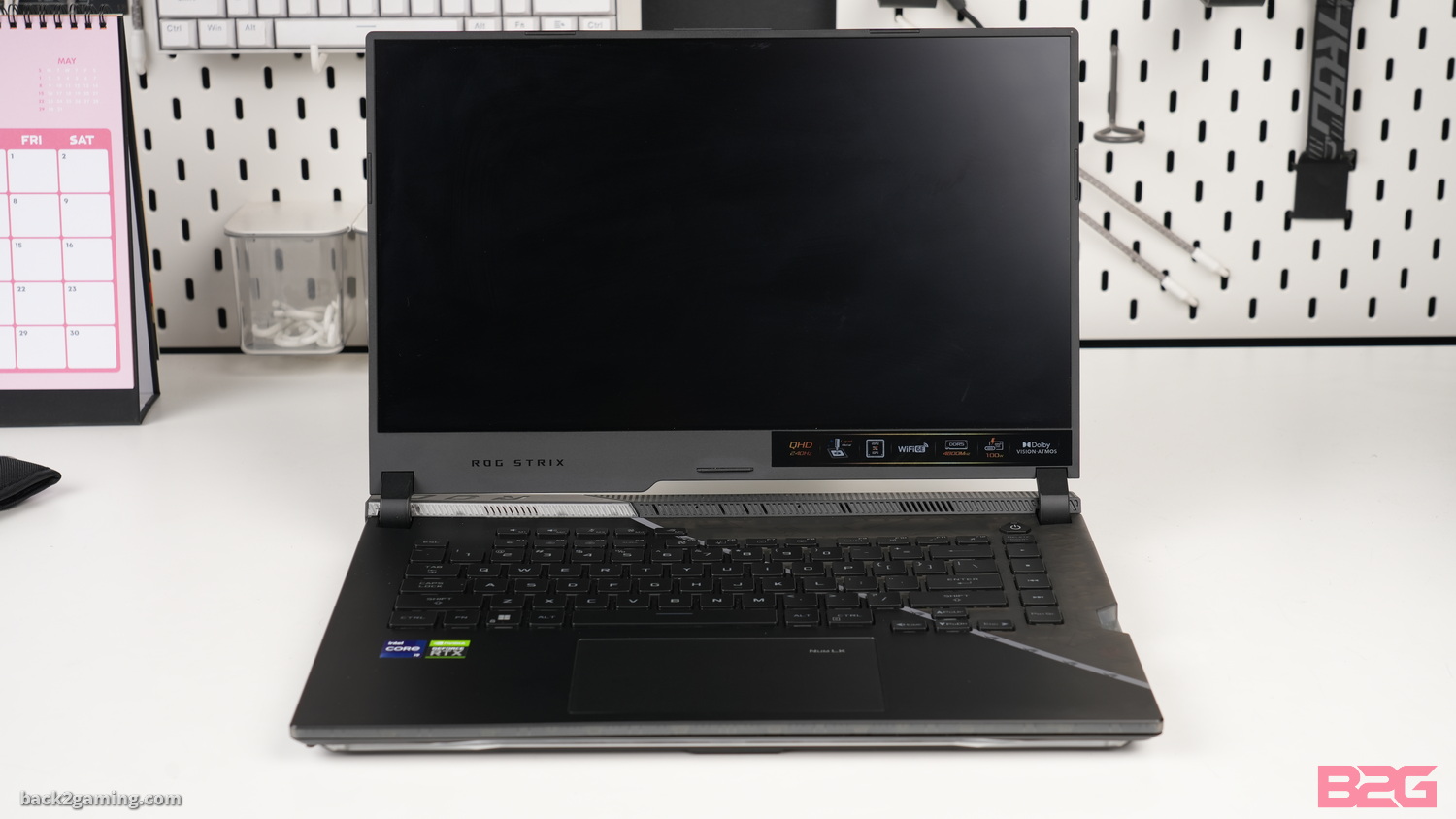 The unit we’ll be using for test today is the ROG STRIX SCAR 15 2022 (G533ZW-LN108WS). This particular model features a couple of variations with our specific configuration featuring a 32GB of DDR5-4800 memory and a new NVIDIA GeForce RTX 3070 Ti laptop GPU rated for 150W (Dynamic Boost) as well as MUX switch. 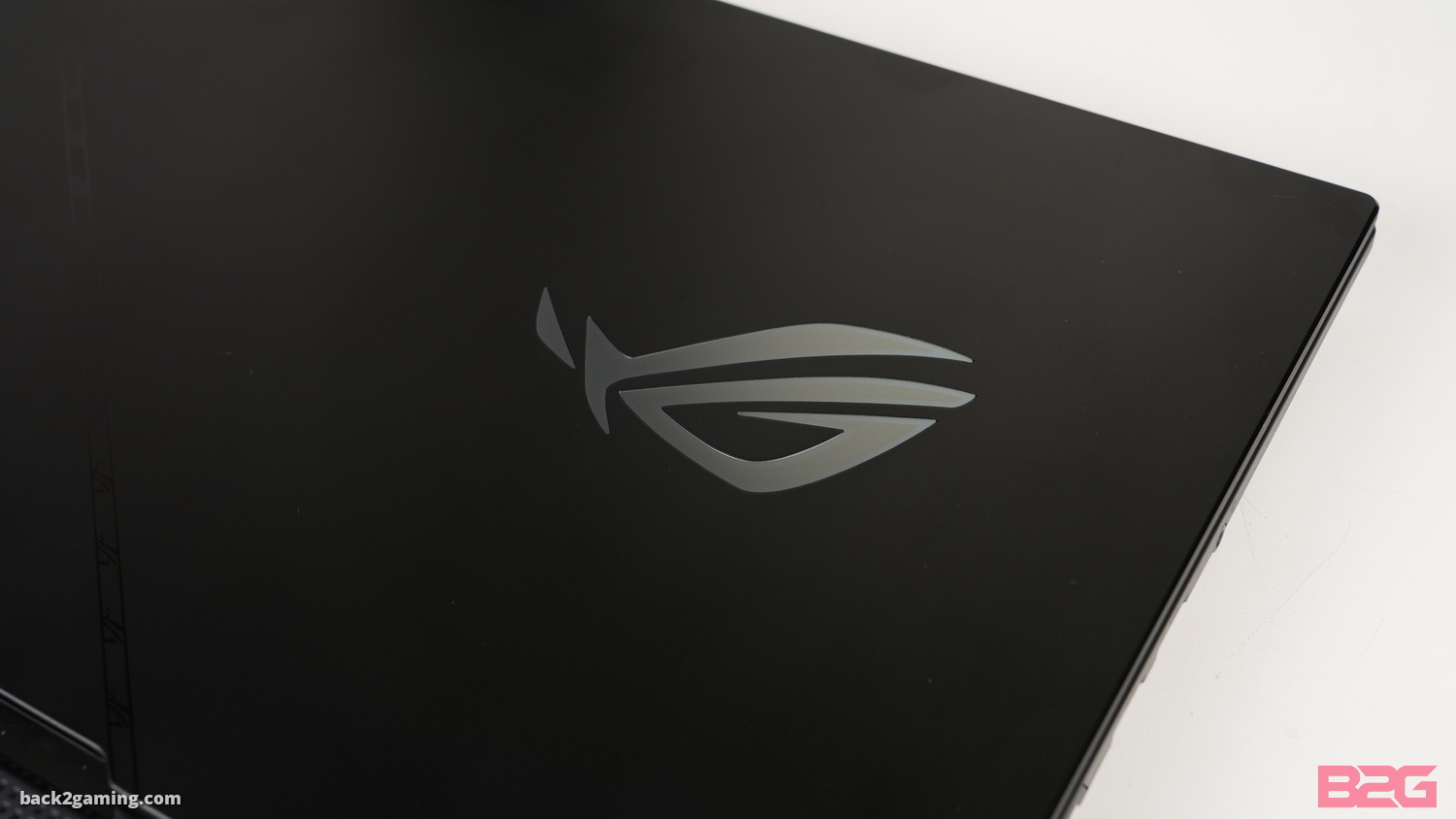 ASUS offers the ROG Strix SCAR 15 and SCAR 17 in configurations featuring an Intel Core i9-12900H and up to an RTX 3080 Ti laptop GPU. Power configuration is pegged at 55W CPU and 125W CPU but this will vary on application loads with Turbo in effect. Display options are primarily 2560x1440p 240hz but options will vary by locales. 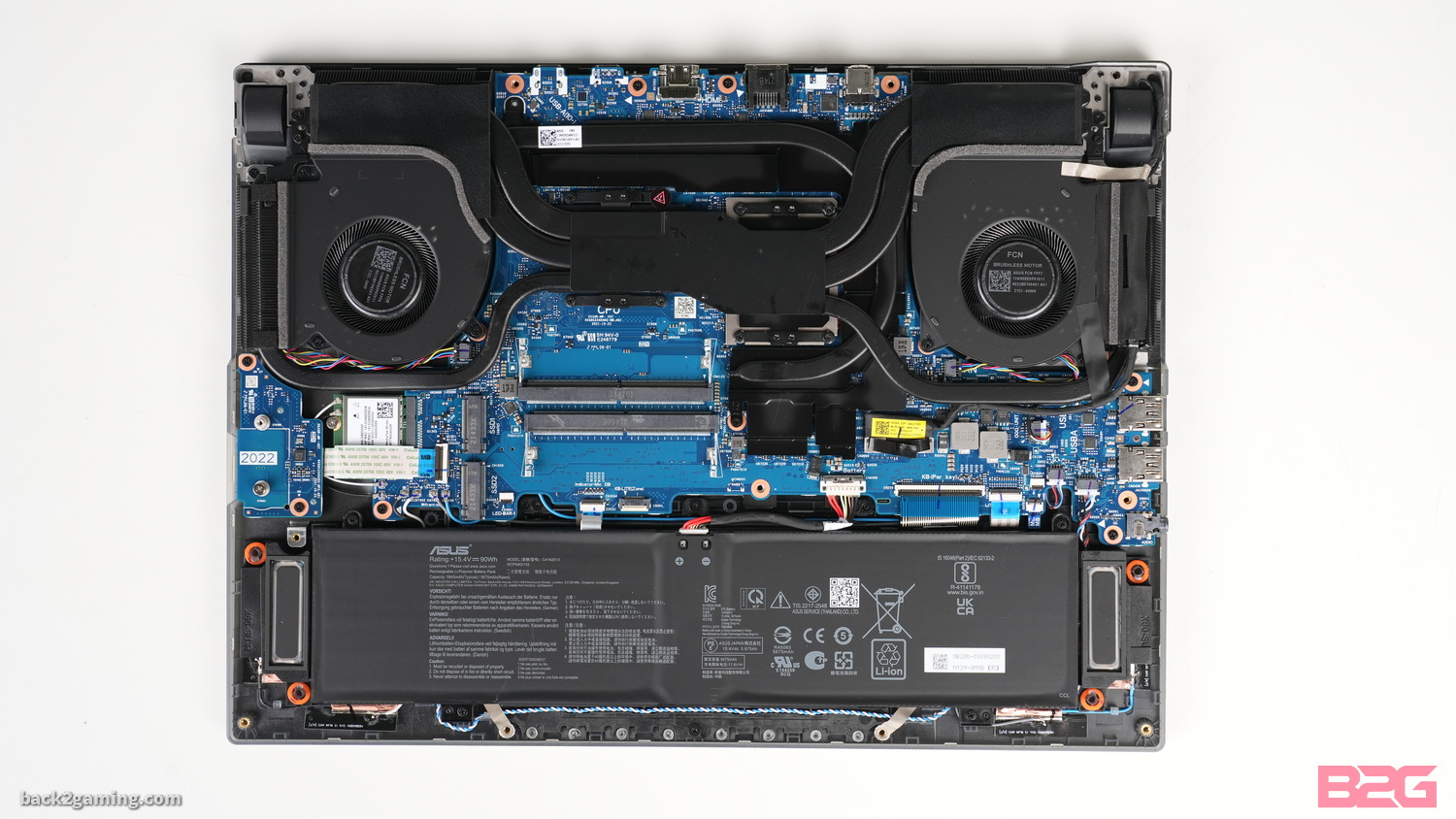