Focusing on performance, the majority of our benchmarks comprises of gaming laptops: the top performing units in the market and feature higher TDP ratings which should see their performance really do a number on our benchmarks. Still, in office workloads the 12th-gen Intel CPU really gives the ASUS Zenbook 14X OLED Space Edition an edge delivering snappy performance in our Microsoft Office benchmark, enough to see it go head to head with an top-end AMD Ryzen mobile CPU. This was already expected as we’ve already seen how good on standard Office tasks Alder Lake is from our ROG Flow Z13 review with a similar CPU to the Zenbook. Performance-wise, you probably could get the same from a similarly specced Zenbook 14X OLED but you’ll lose out on what makes the Space Edition, a “Space Edition.” As I mentioned, its an expensive splash of paint but like most special editions, its either a limited run, is a premium color scheme or has a unique something. In the case of the ASUS Zenbook 14X OLED Space Edition, its a bit of everything.

For the average user, its definitely not something you’d need and its ultimately a choice similar to getting a special edition color of your preferred mobile phone which may or may not have a premium. Performance-wise though, the ASUS Zenbook 14X OLED Space Edition is a very capable day-to-day laptop and its light and compact form factor made it a joy to carry around. If only they can really make the charging brick smaller. Still, you do have the option of charging the laptop with a power bank but given a full use should run up to 5 hours with average day to day use with normal idle times around 8 hours in my personal use (browsing, writing articles, checking emails, watching Youtube videos) its definitely a good daily driver. 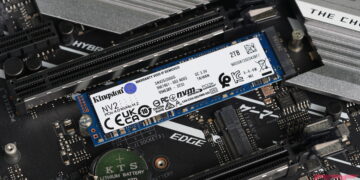