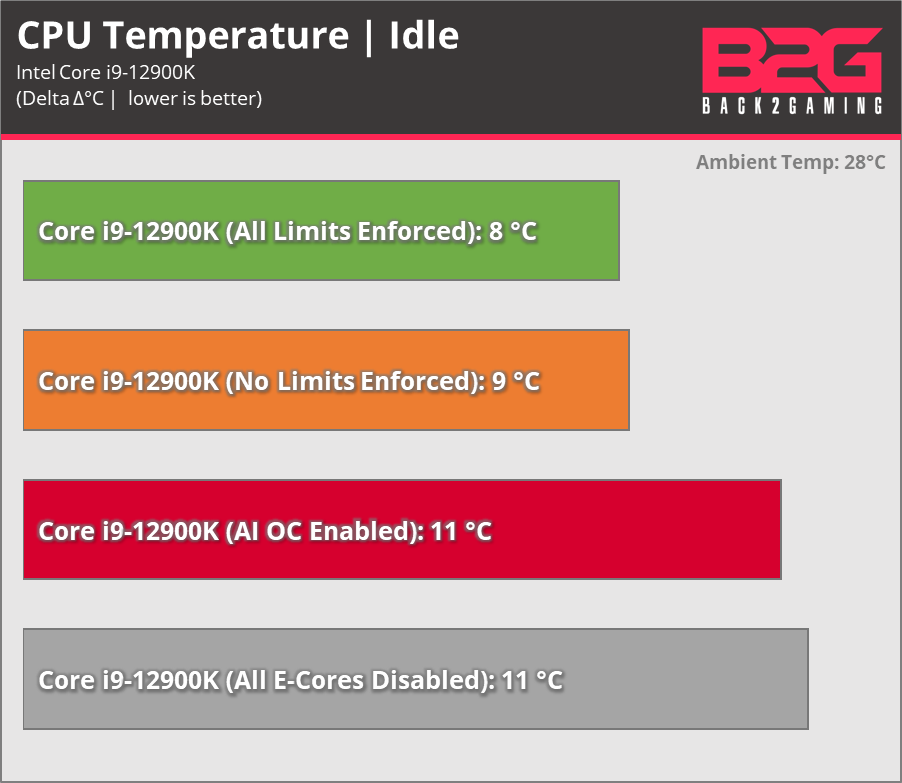 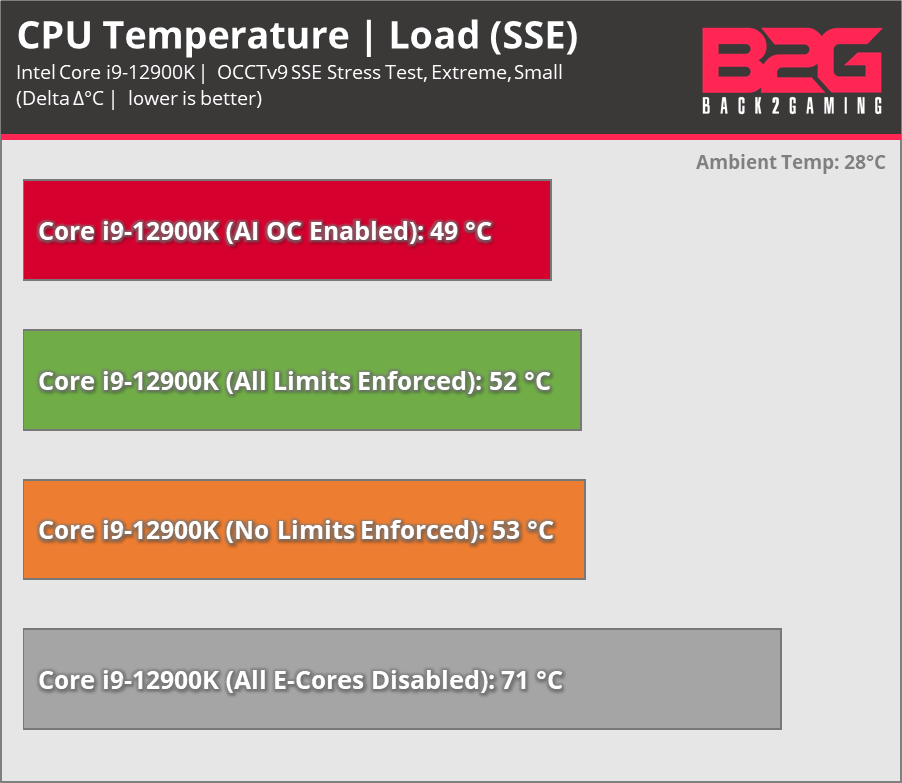 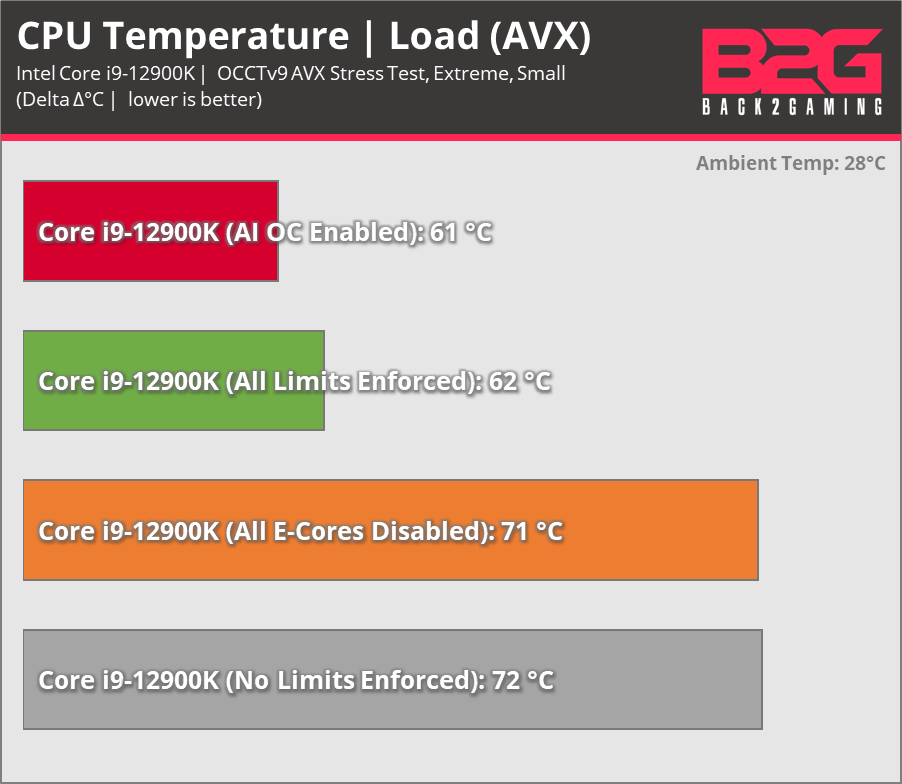 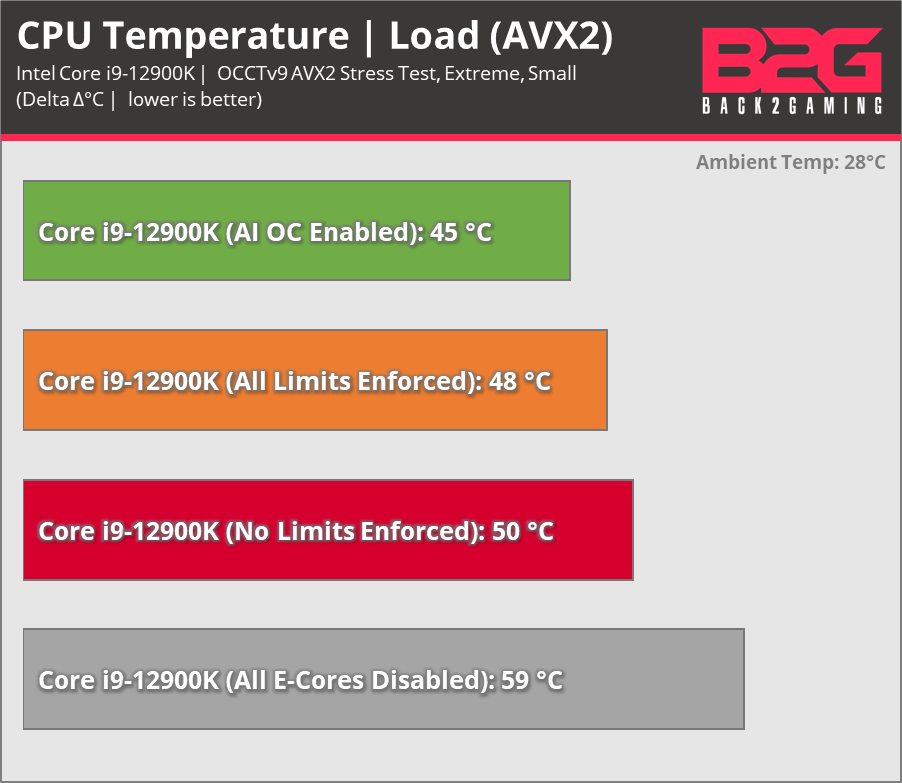 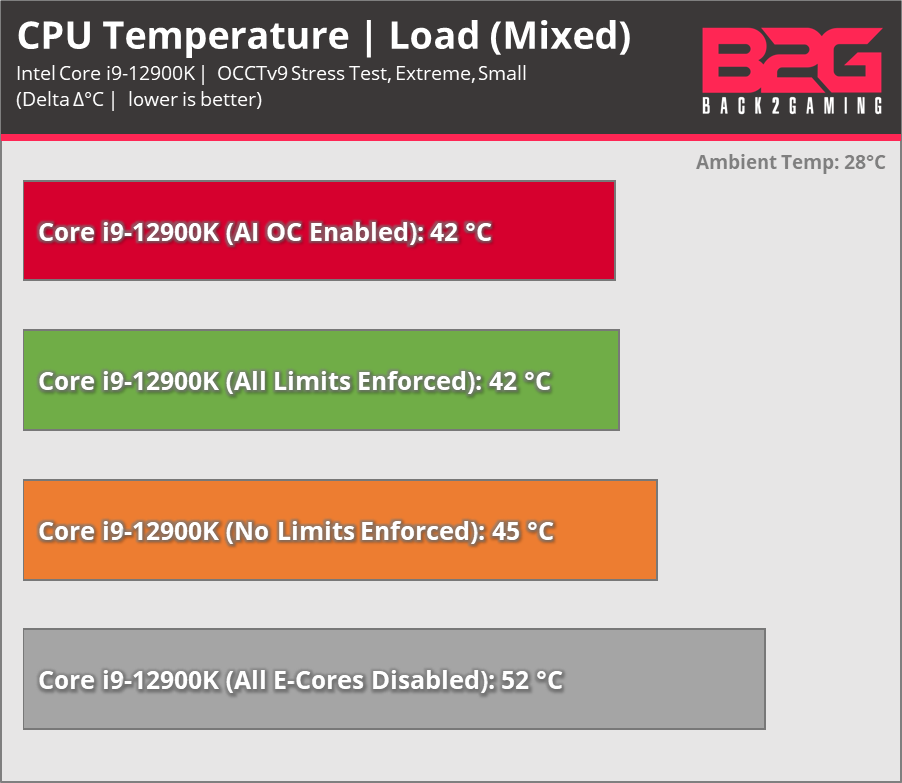 As of this moment, we’ve only tested with one other cooler for the 12900K, the NZXT Kraken X73 RGB which we use primarily for our review. To be fair with ASUS, I have updated this segment to showcase the cooling performance the Ryujin II 360 on the infamously hot 12900K. In actual use, you will never exceed what can be deemed acceptable temperatures, it is only benchmark loads like Cinebench and similar that these insane heat output of the Core i9-12900K and its hybrid cores out. To illustrate this better, see the chart below:

In our behavior chart, we can see that on light load types, we can see fairly decent results with Ryujin II 360, it is with AVX and that we see significantly large power draw and this is the reason why there is an AVX offset. With AVX instructions hammering our CPU, it is consuming upwards of 200w of power. While the 10900K is more defined at 280W in our other testing, the thermal density that the Core i9-12900K comes with a new challenge for cooling solutions and certainly a challenge for Intel’s monolith die design.

In gaming workloads, this is not an issue. With the default fan profile set in BIOS and XMP turned, our test system benchmarks logged average temperatures in our games benchmarks below:

Shadow of the Tomb Raider and Witcher 3 are our mainstay CPU tests for games due to their high, actual in-game CPU usage. The CPUs peaks at 78*C  on average but actual maximum CPU reading would be around 80-82*C in our 28*C ambient lab environment.

ASUS includes an LGA1700 bracket for all Ryujin II stocks produced after the launch of Alder Lake but ASUS also includes LGA1200 and LGA1700 holes on all their Z690 motherboards so current cooler owners do not need to upgrade if they have an LGA1200 cooler on hand.