Much like many of ROG’s products, the Ryujin comes packed in full-color box with the familiar red and black segments. The front of the box has a nice hero shot of the pump block and a large print of the IndustrialPPC fans used by this cooler. We need to address this right now, these fans from Noctua are 25$ each and are custom made for ASUS with their black dampeners. With this cooler priced at around $300, a good chunk of that is for the fans alone and ASUS, for a company that has embraced RGB, has decided to go with a performance option in this case. Going back to the packaging, the back of the box has highlights of the major features for this cooler. 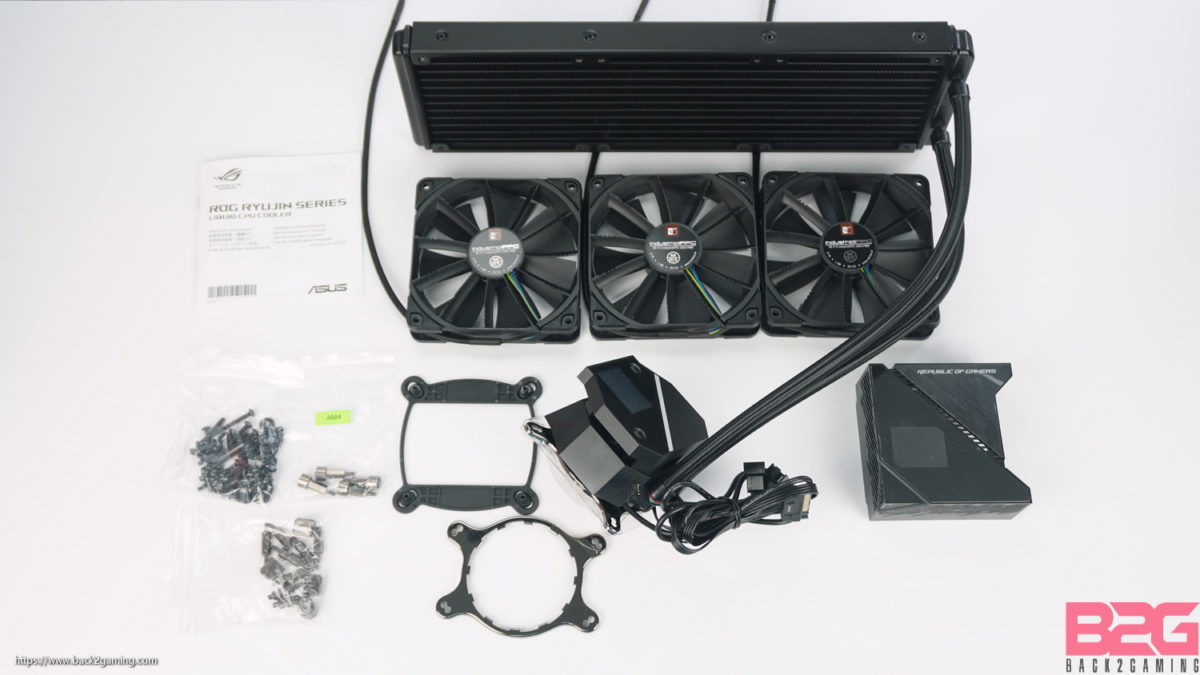 Aside from the fans, the bundle in this package is standard for most AIO: the cooler itself, the mounting kit for AMD and Intel, some documentation and a pump-block cover unique to the ROG Ryujin line. 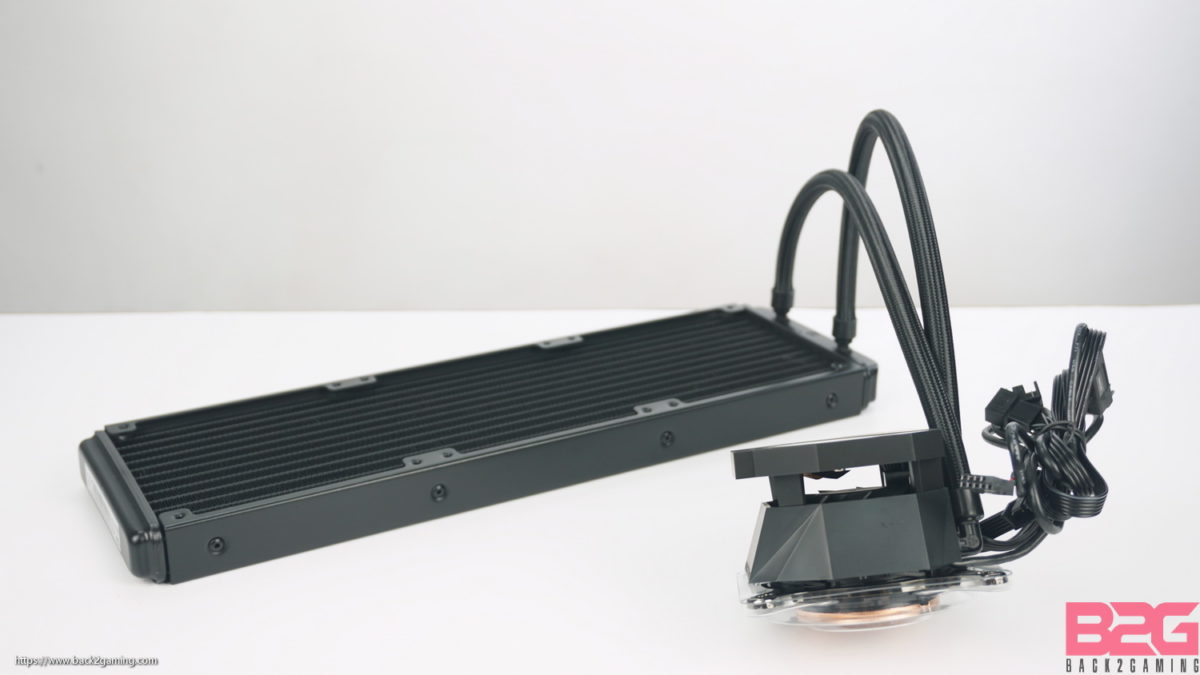 This Ryujin is an off-the-shelf Asetek design and NZXT plus a bunch of others companies will use this AIO design for their own cooler. The major changes for ASUS, of course, are the fans and the pump-block. 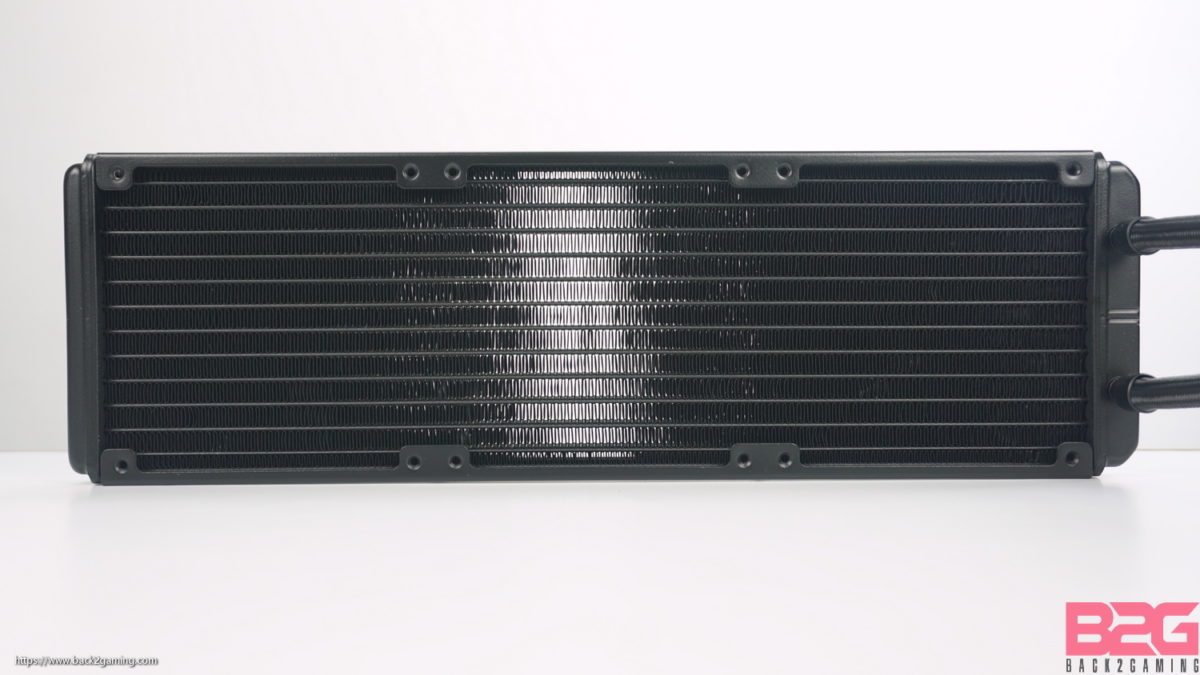 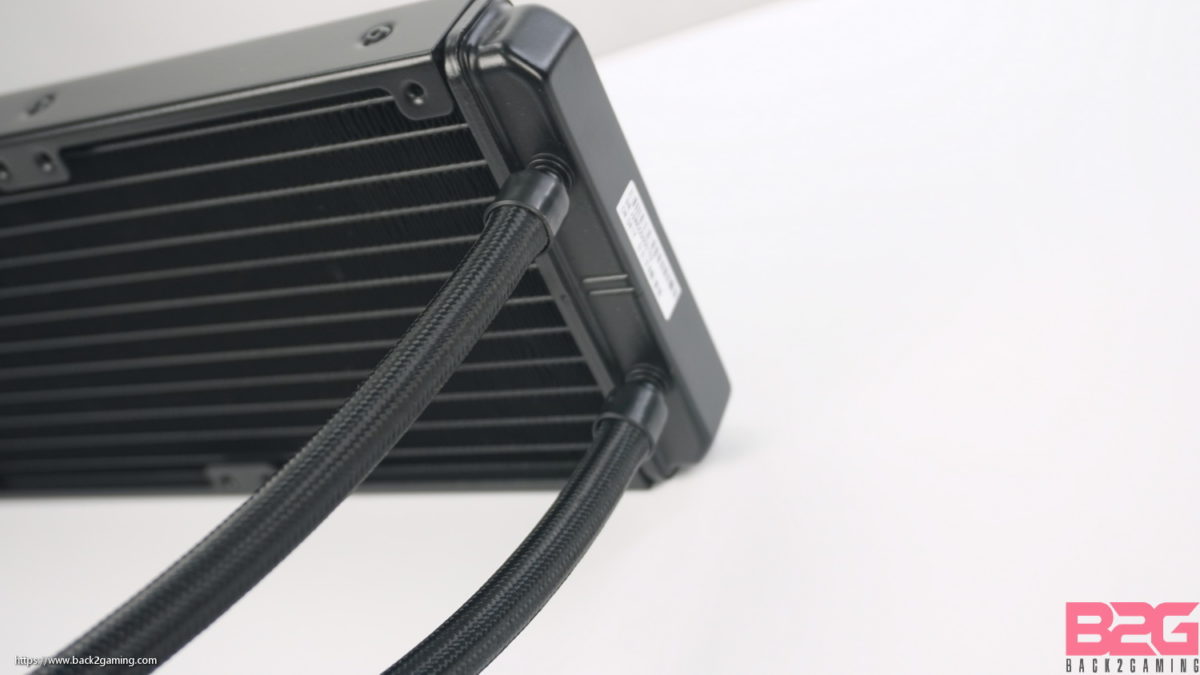 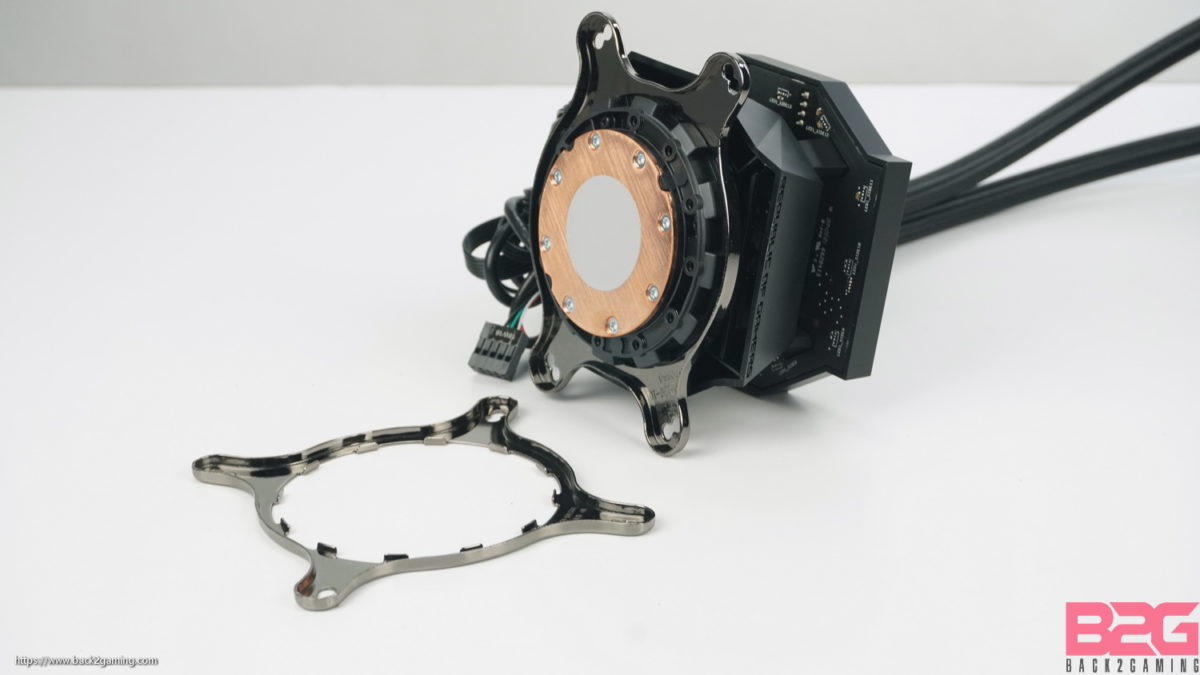 The Ryujin supports many modern sockets from HEDT to mainstream ones. LGA115x are all supports as well as AM4 and AM3. HEDT support for Intel comes-out-of-the-box but for socket TR4/sTR4, you’ll need the Asetek AIO bracket which is usually included with the processor. 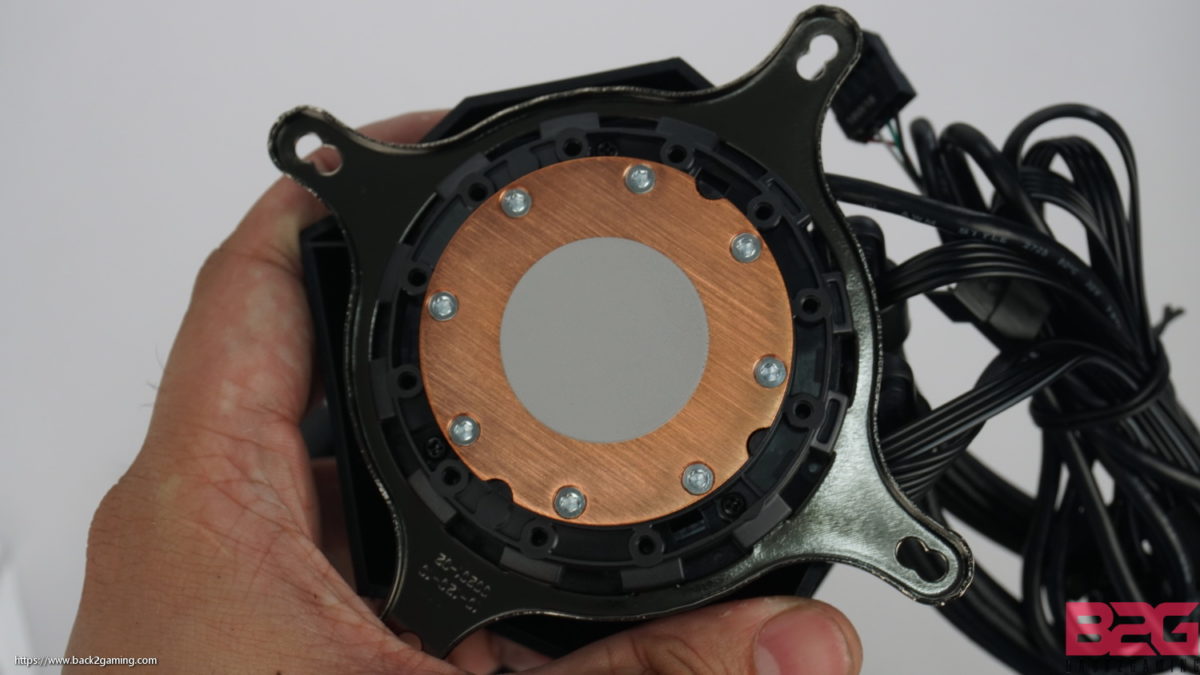 The Ryujin comes with pre-applied thermal paste but if you use your own, you can safely remove this with some isopropyl alcohol and a rag. 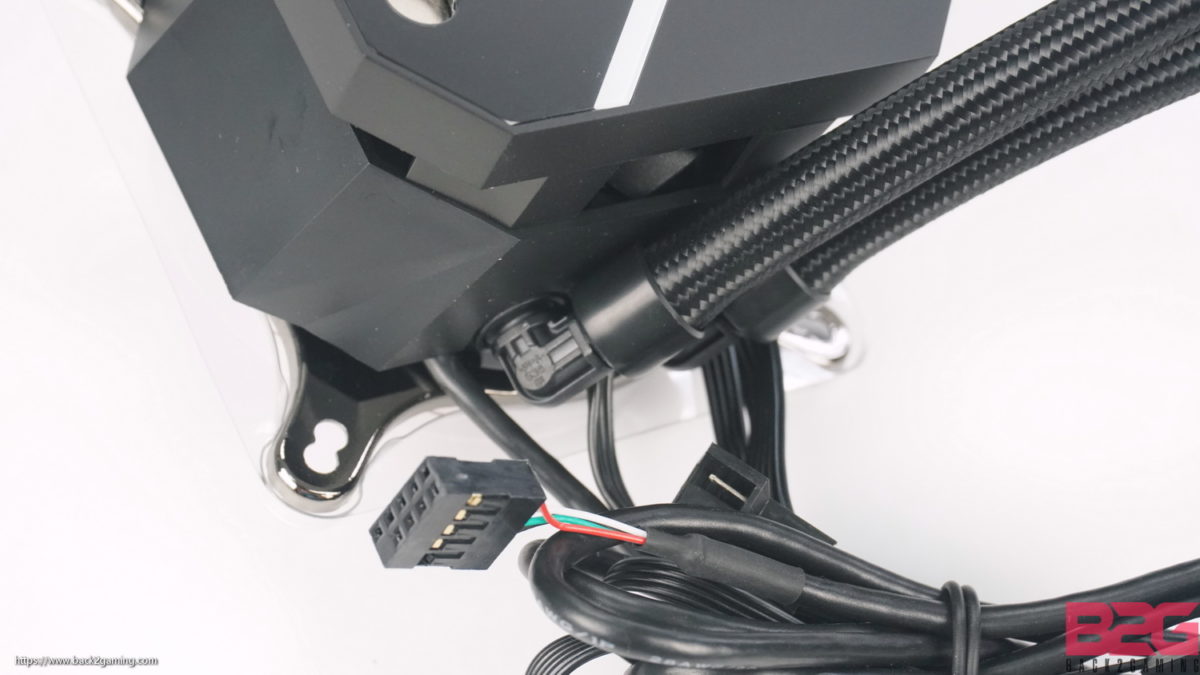 The Ryujin comes all comes already connected to the head. Unlike NZXT and Corsair who have USB cables in the blocks that you need to connect along with a separate main line, ASUS solders everything on so nothing is forgotten or lost.  But like the other companies, these are all required to operated and it does leave some cable mes. 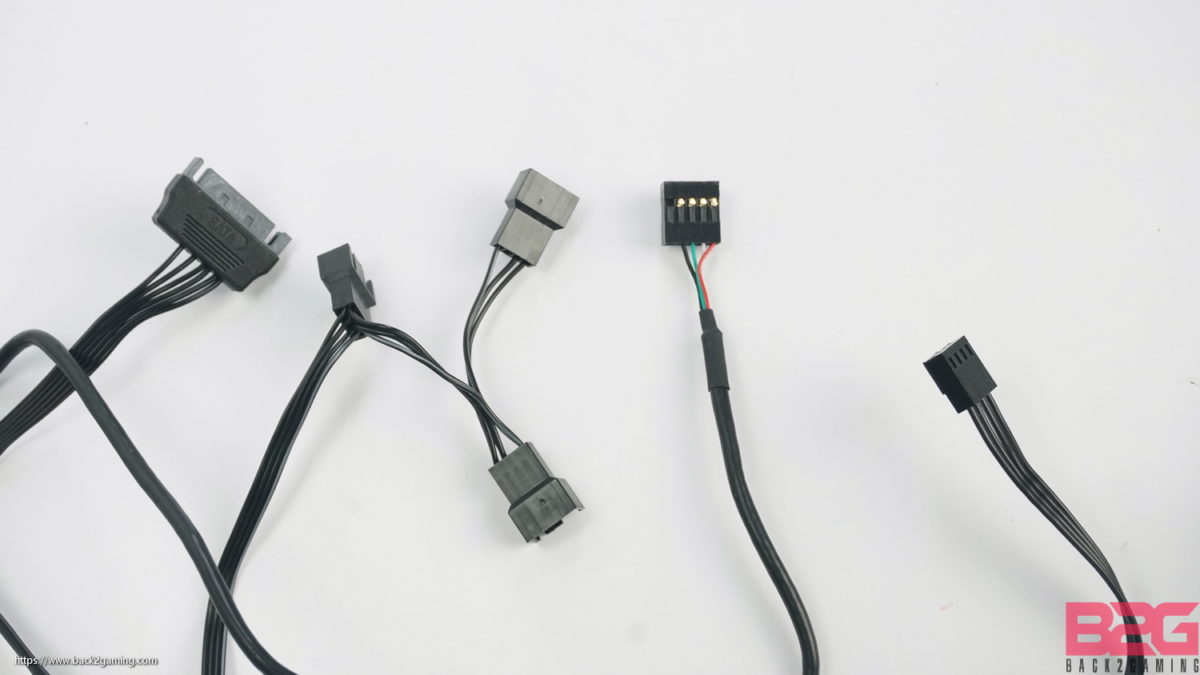 The cable headers include a SATA plug for general power, 3 fan headers for powering and controlling the fans, a USB port and a PWM header for monitoring of the pump.

The main block head features an OLED screen, full customization in ROG Armoury Crate. This is complimented by an RGB light bar. You will need to mount the pump-block shroud cover to full enjoy the lighting as the bare block head looks incomplete but you can totally do so if you wish. Not pictured here is the fan underneath the top of the pump-block which is intended to cool the surrounding areas of the CPU.

The IndustrialPPC fans are intended for, well, industrial applications and yes, these are available in black straight from Noctua. In a previous life, these were the only non-brown fans from Noctua but times have changed and the Chromax line now offers black fans in general. Performance though, iPPC fans are still one of Noctua’s most powerful fans, going as high as 24v and 3000RPM, they offer some excellent air pushing power yet still remain totally silent – Noctua fans’ most notable trait. 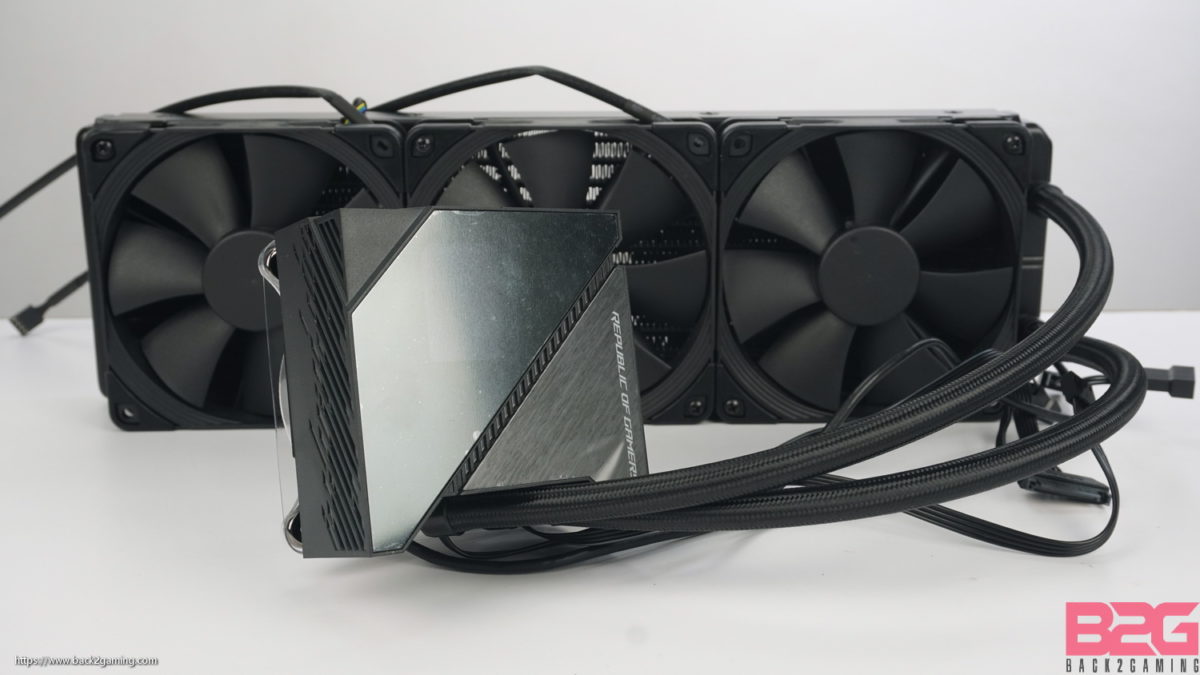 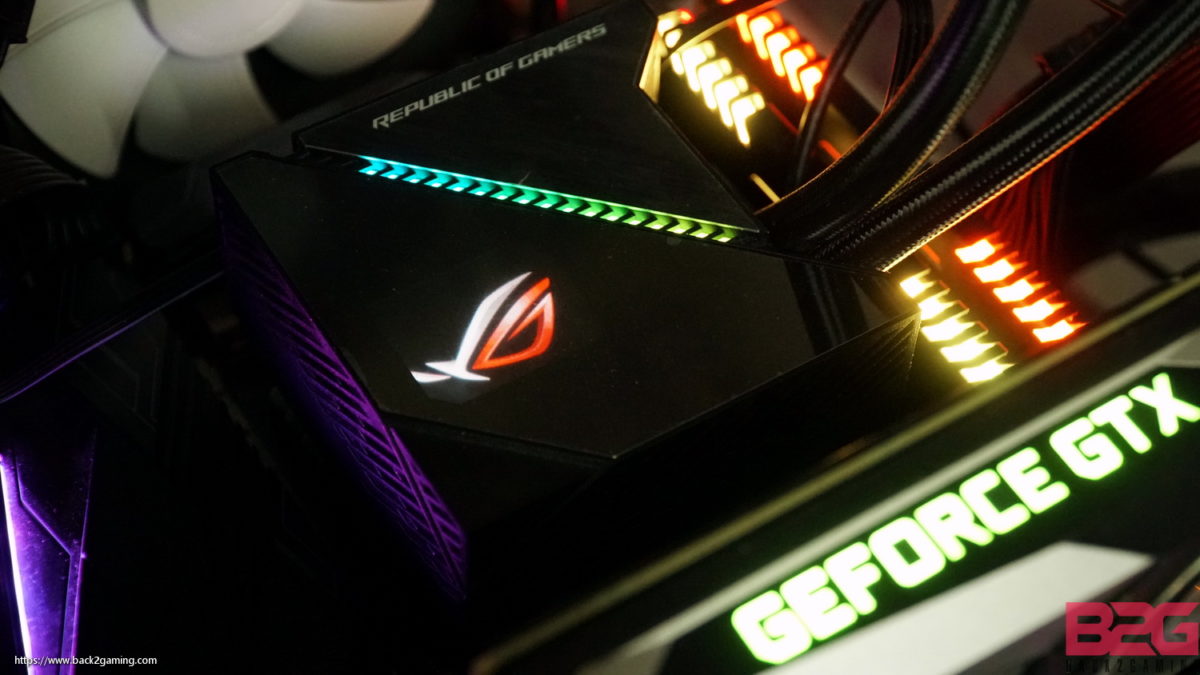