Its starting to get redundant that we have to introduce COLORFUL everytime we do a review but knowing that the brand does not venture much outside their home country. That has slowly changed over time but brand recognition has still remained relatively low profile. Despite that, COLORFUL has enjoyed massive success in China, their home town, and being one of the largest markets in the world, it has paid them back well enough to substantiate a slow venture for closer, international waters as well as the US.

We’ve taken a look at many COLORFUL products before, recently the COLORFUL RTX 2060 SUPER Vulcan X, and today we’re moving over to AMD check out what COLORFUL has in store in terms of motherboards. Today we have the COLORFUL CVN X570 GAMING PRO V14 AM4 motherboard which supports current AM4 processors including 3rd-generation Zen 2 Ryzen CPUs including the high-end Ryzen 9 3950X. The CVN line of motherboards from COLORFUL is inspired by battleships and the latest addition is the model that we have for today. We’ll check how it performs with a Ryzen 9 3900X so read on!

This is actually the first time I am seeing the CVN Gaming packaging and I’m quite surprised COLORFUL is using a white packaging with grey highlights and some orange accents. The model name is printed on the sides and top cover but its a relatively dull box and easy to overlook and I highly suggest COLORFUL to stick with their more traditional packaging style.

The CVN X570 Gaming Pro V14 is done in a black PCB featuring contrasting board prints on the business side of the board. The heatsinks are done in light grayish with a subtle hint of blue. Over at the back we see very little aside from solder points but I have to note it has clean worksmanship.

The upper half of the board features a relatively clean layout with little happenings near the socket area.

A full heatsink covers the VRM area towards to rear I/O and a smaller block covers the upper areas.

The COLORFUL CVN X570 Gaming Pro V14 supports up to DDR4-4000 memory but this board doesn’t support XMP so you need to manually configure your memory if the quick settings don’t help.

The lower half of the CVN X570 Gaming Pro V14 comprises of the PCH heatsink and most of the areas are covered with metal as well thanks to the M.2 spreaders integrated.

The PCH heatsink has an exposed fan with a red trim making it the most striking detail of this motherboard.

The PCI Express slots are lined with metal for improved retention strength.

At the back we have the I/O ports. We have a legacy PS/2 port, USB2.0 ports, video display ports via DisplayPort and HDMI used for Ryzen APUs. Continuing our look at the ports, we have USB3.1 Type A and Type C, a pair USB3.1 Gen2, another pair of Gen1 USB3.1 with a LAN port and the 5-channel audio.

We also have support for six SATAIII ports.

The board features onboard DIY buttons which is great even if this is not a top-end board, this is a great option for DIYers and maintenance use.

Removing the M.2 heatspreaders we have an M.2 slot underneath both the first and second PCIE slots.

All tests are performed in an open bench with ambient room temperature kept at 30*C (welcome to the Philippines.)

Motherboards are updated to the latest BIOS during time of testing kept at their out-of-box settings aside from XMP frequencies when running stock benchmarks.

As many already know, most motherboards will have varying frequency multipliers and this may affect performance overall. As this is part of their out of the box configuration we see it fit to use them as is. All data presented here in are with the default motherboard settings for stock performance. Overclocked performance will be indicated where needed. For non-Z series motherboards, all benchmarks are performed on DDR4-2133 default settings.

As always, we’ll let the numbers do the talking.

Rendering tests are benchmarks designed to gauge performance during multimedia and professional workloads like 3D rendering or video encoding. This gives us a good idea on how a certain system will perform during a certain predefined workload. 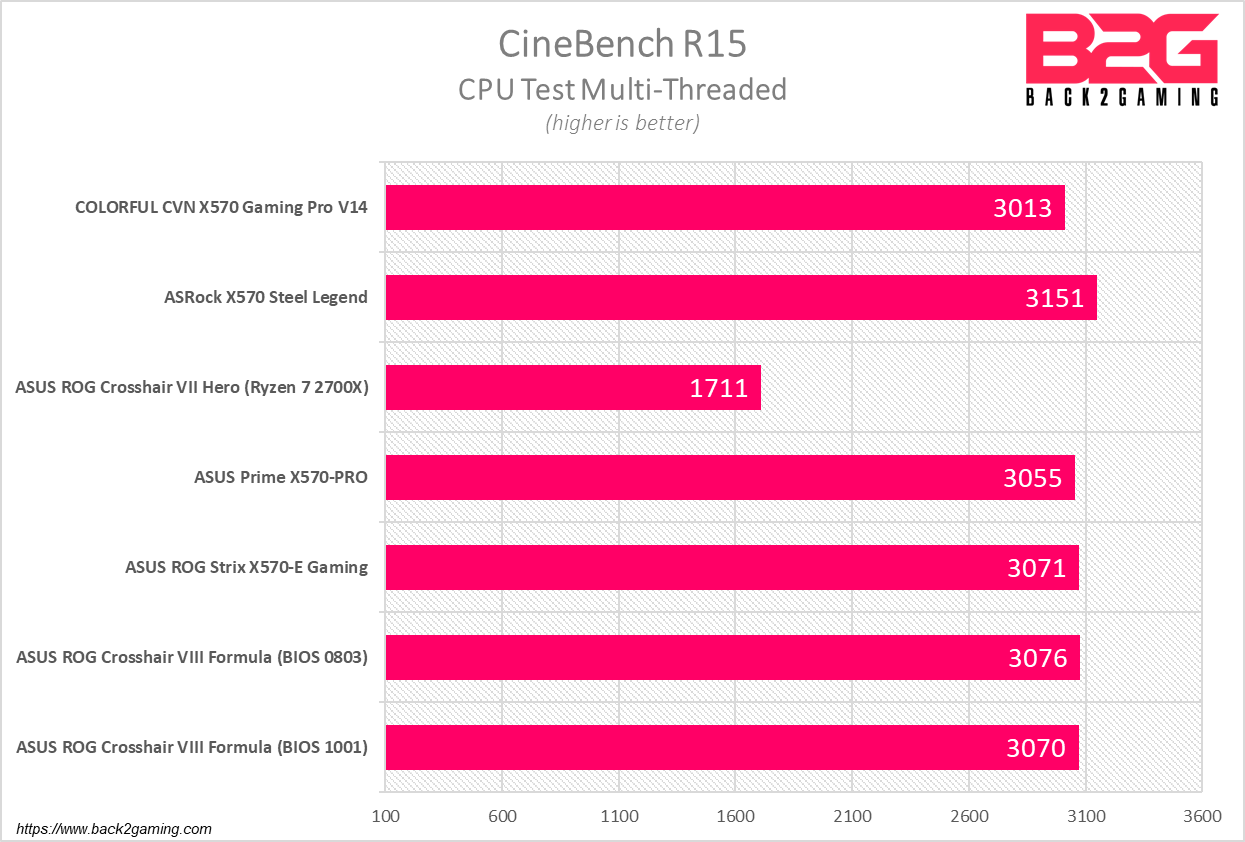 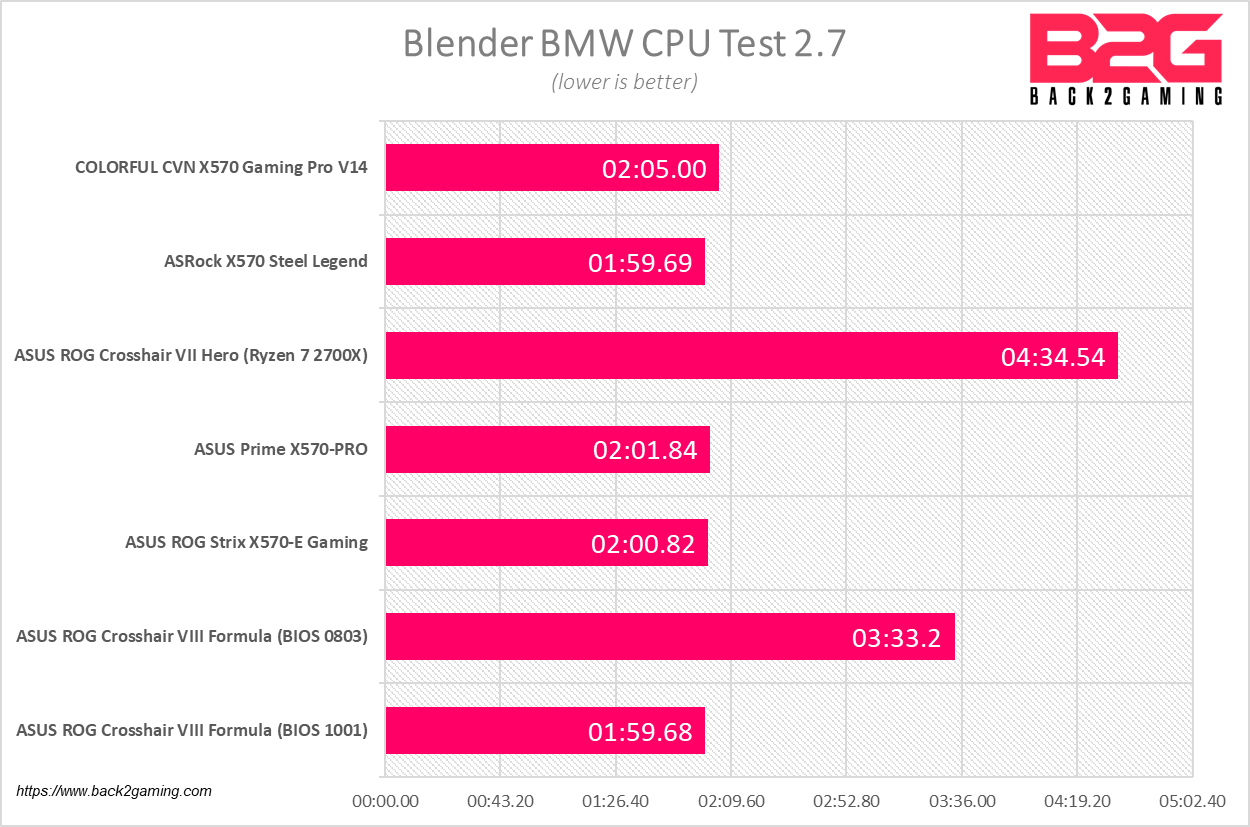 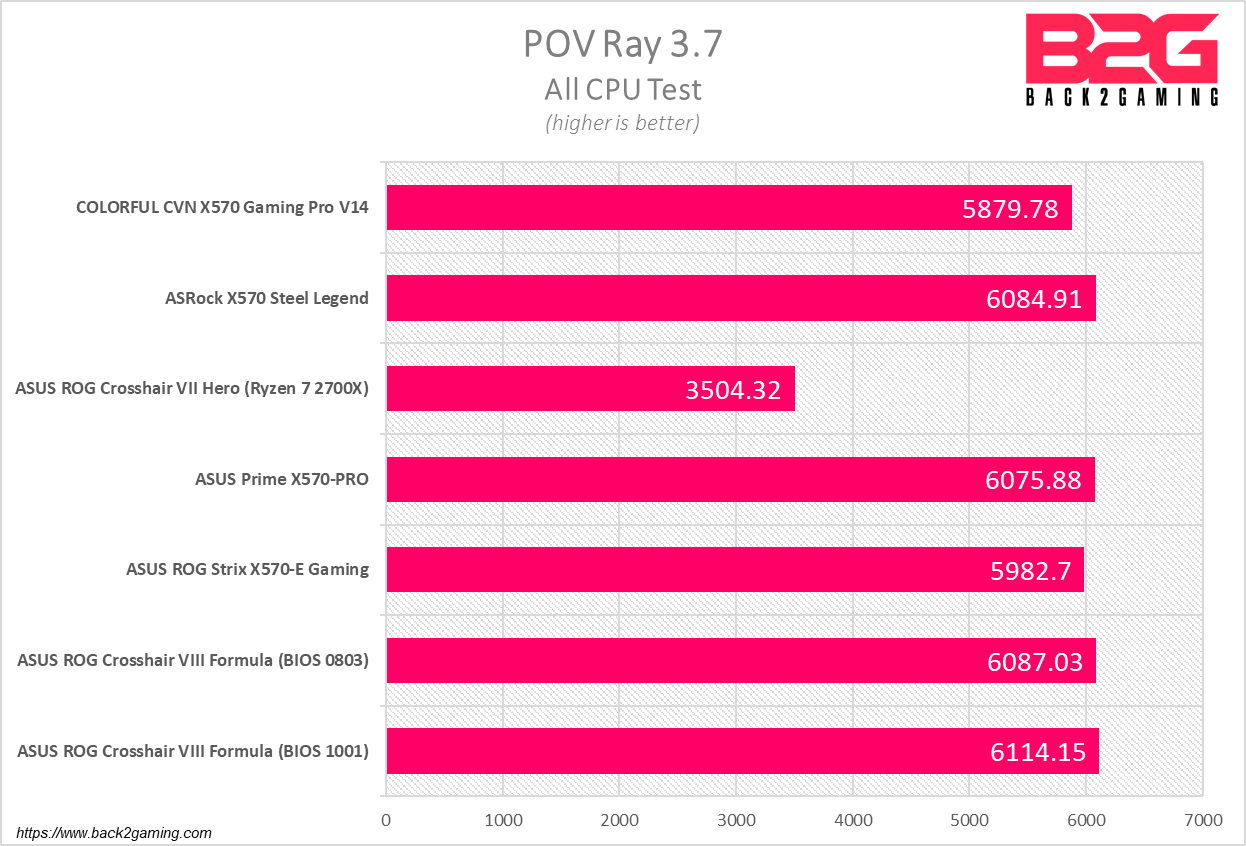 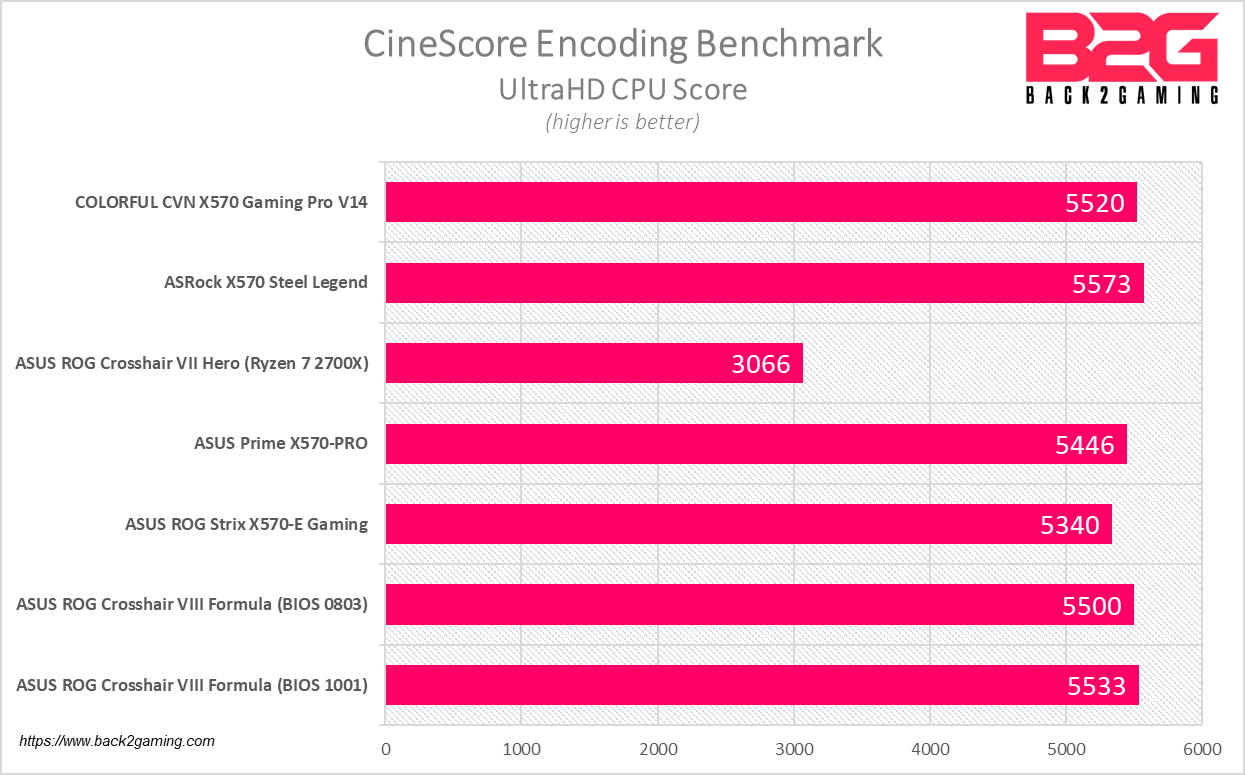 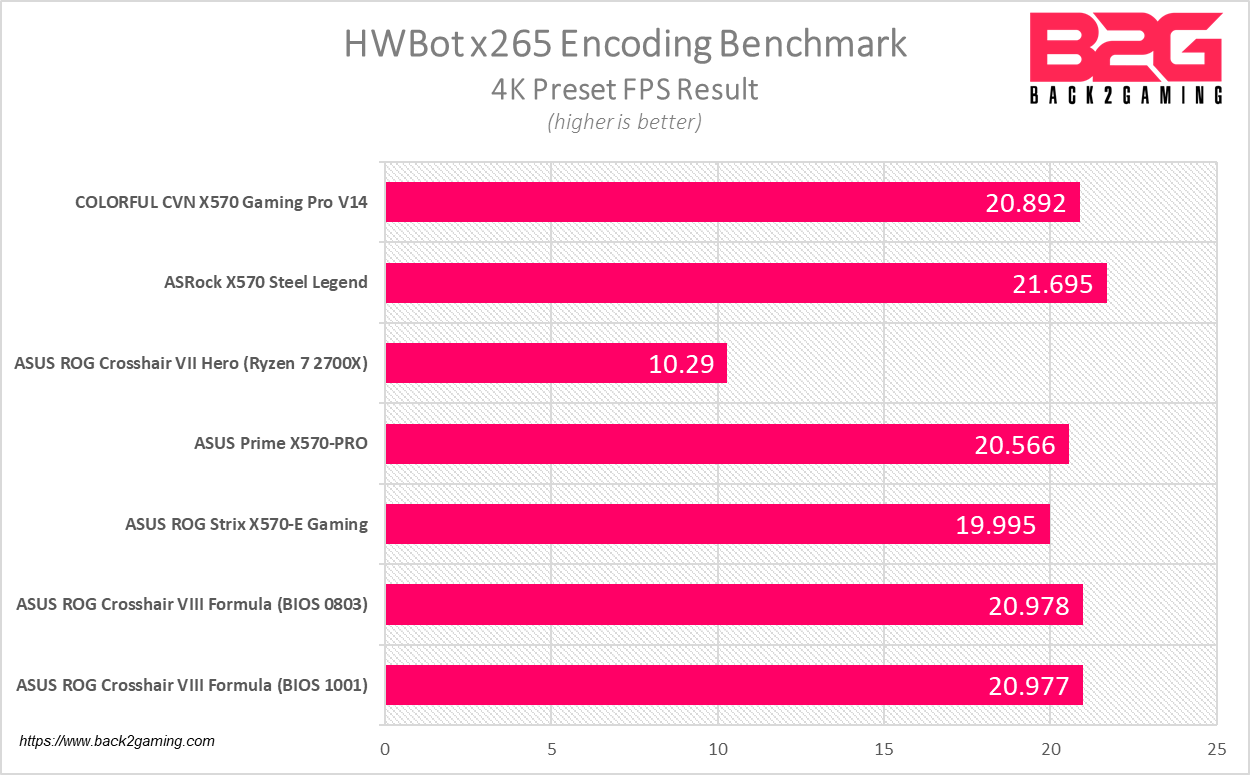 Arithmetic benchmarks measure the performance of systems with regards to mathematical computations which some programs require. These benchmarks paint a good picture of how raw CPU performance is like. 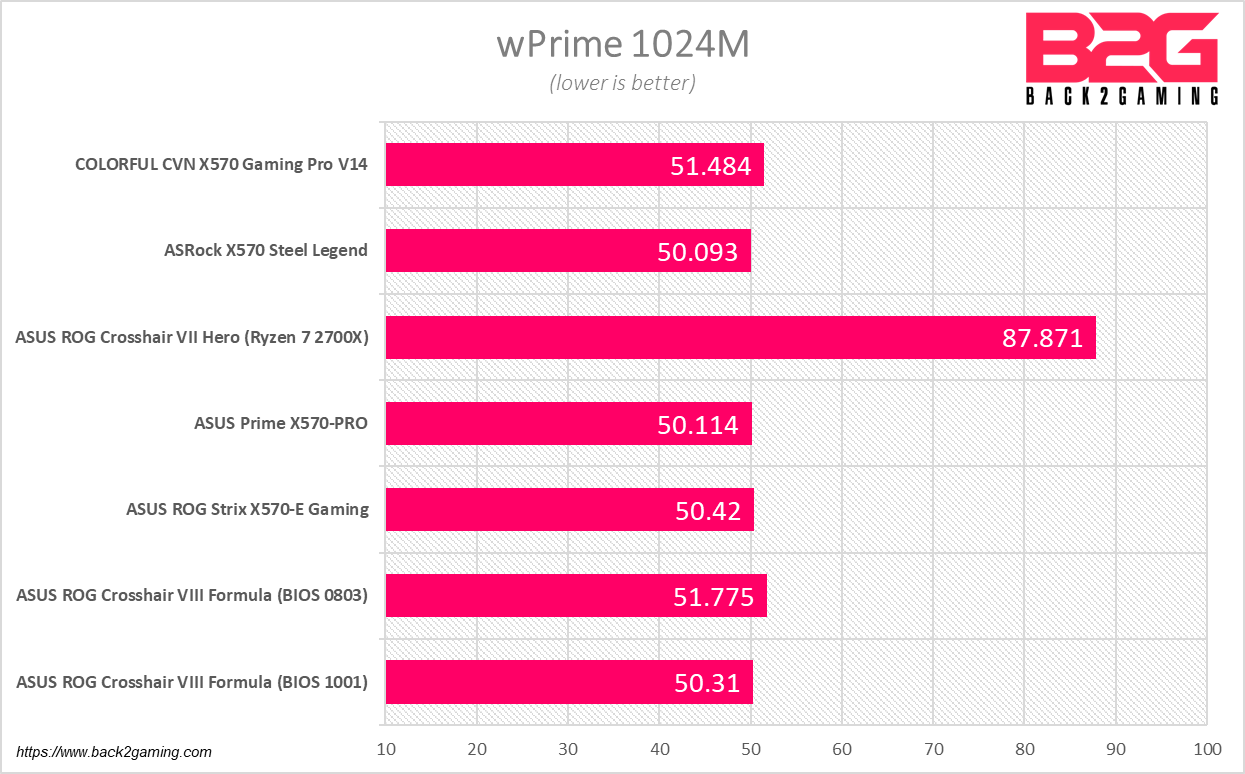 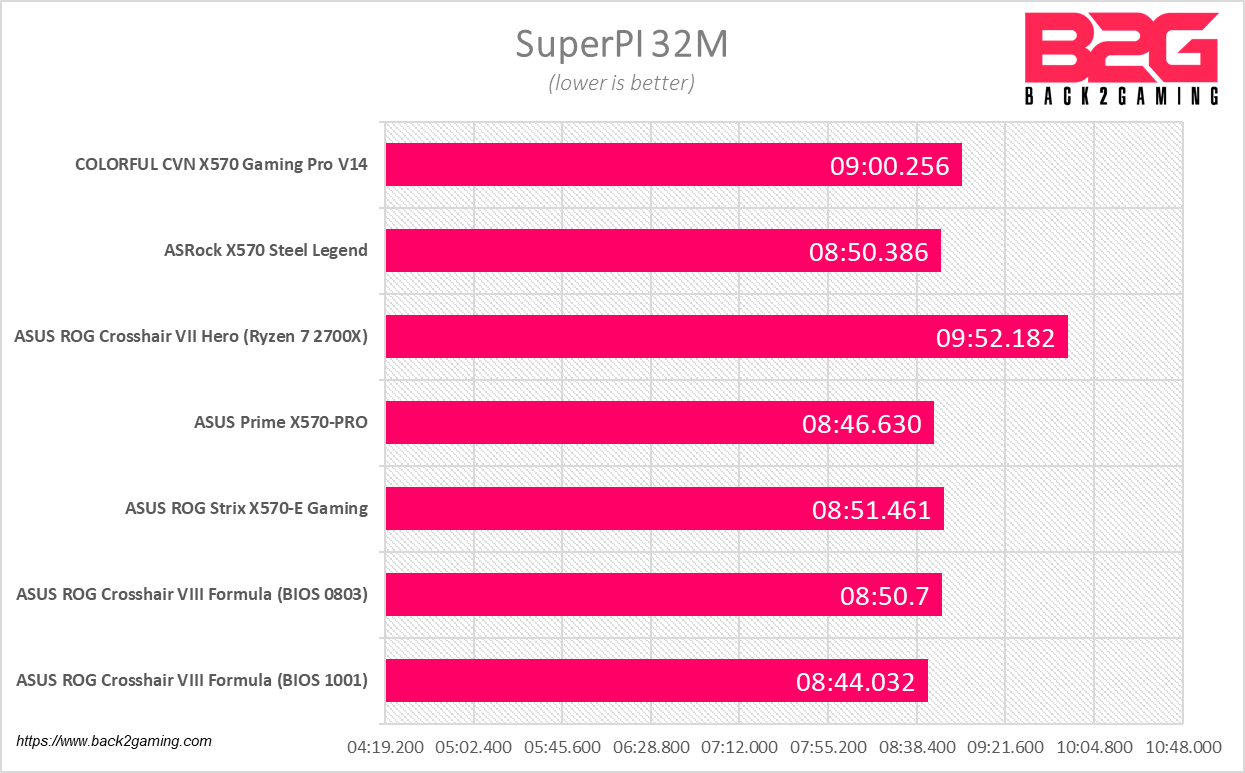 System benchmarks measure the performance of a system based on numerous tasks including a mix of rendering, arithmetic and other things. These benchmarks require the entire system to work together and components should compliment each other to achieve maximum performance. 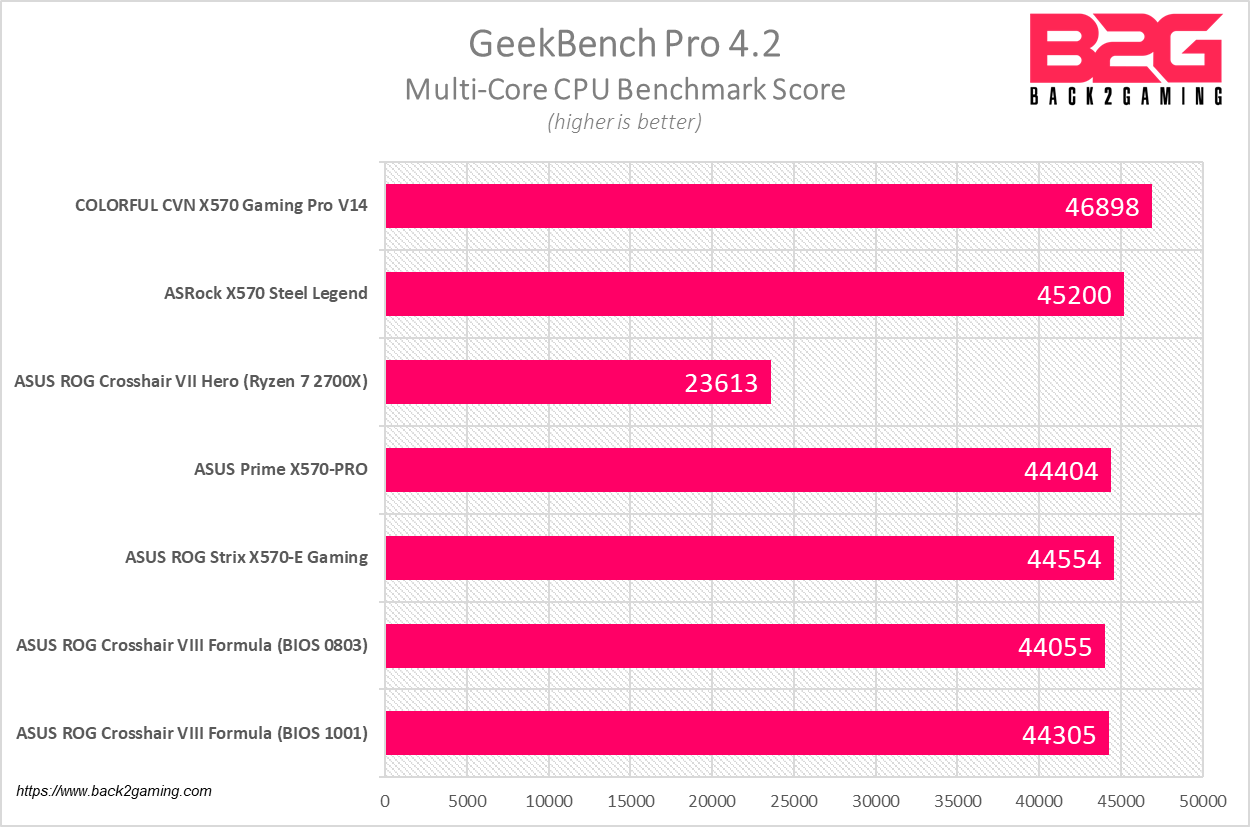 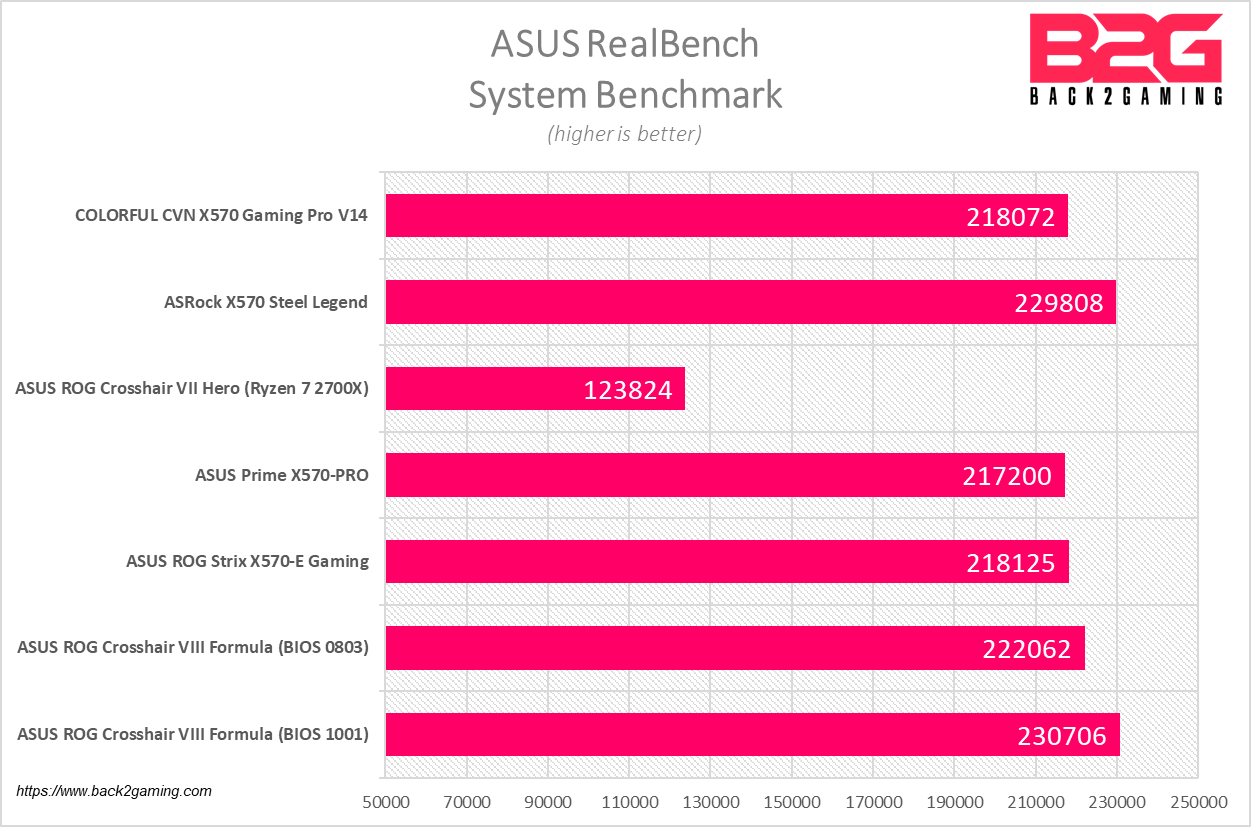 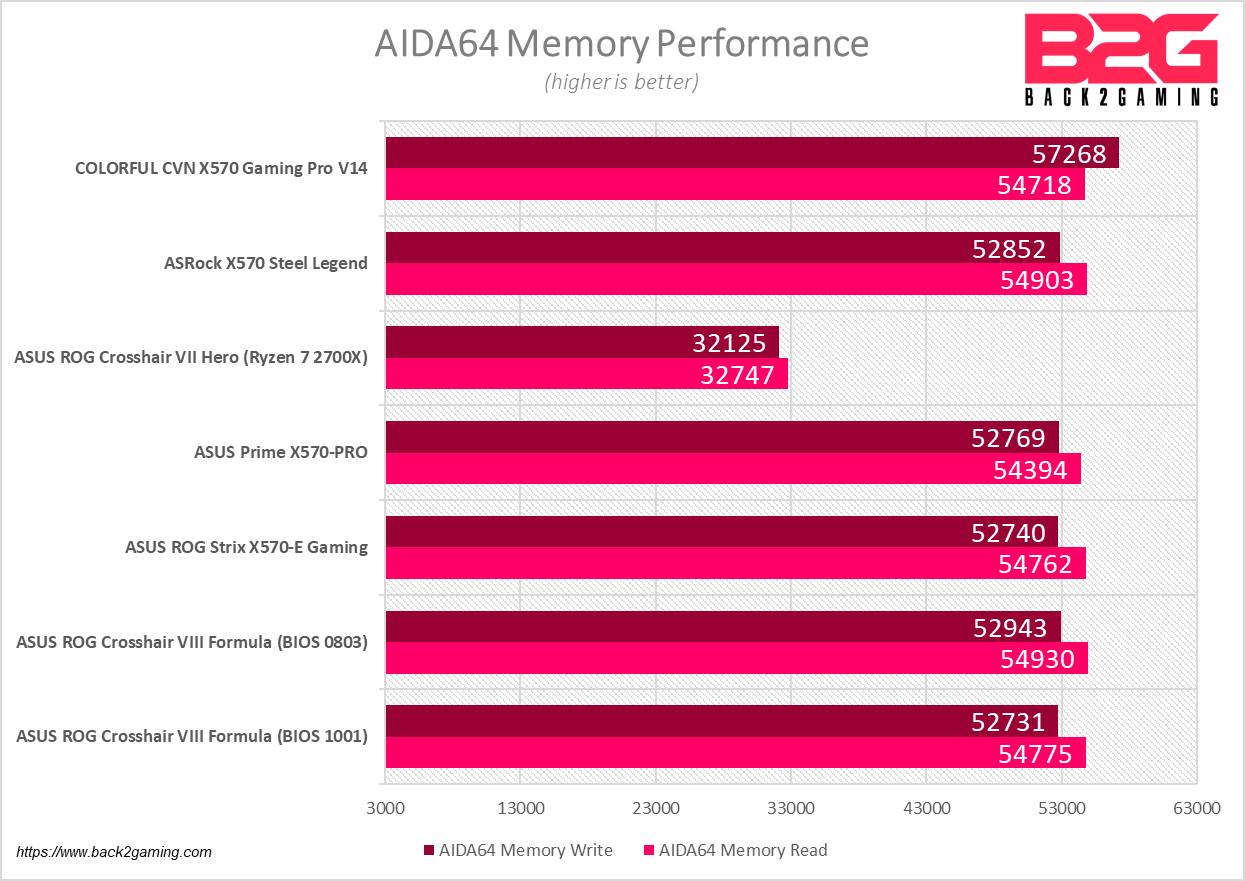 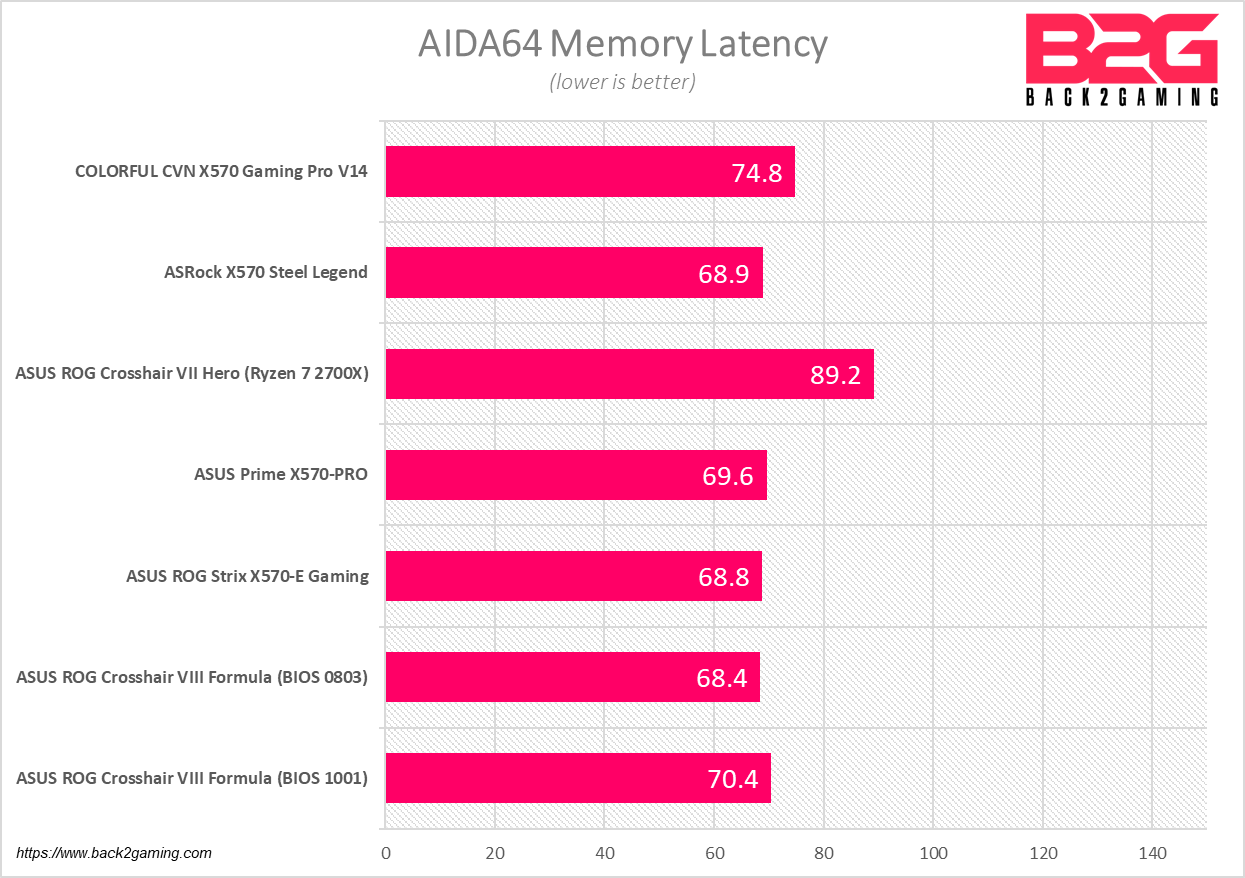 In this test we’ll measure how much manufacturer-set BIOS settings affect temperature and power draw. As we’re dealing with pre-launch samples, more mature BIOS may change these over time. 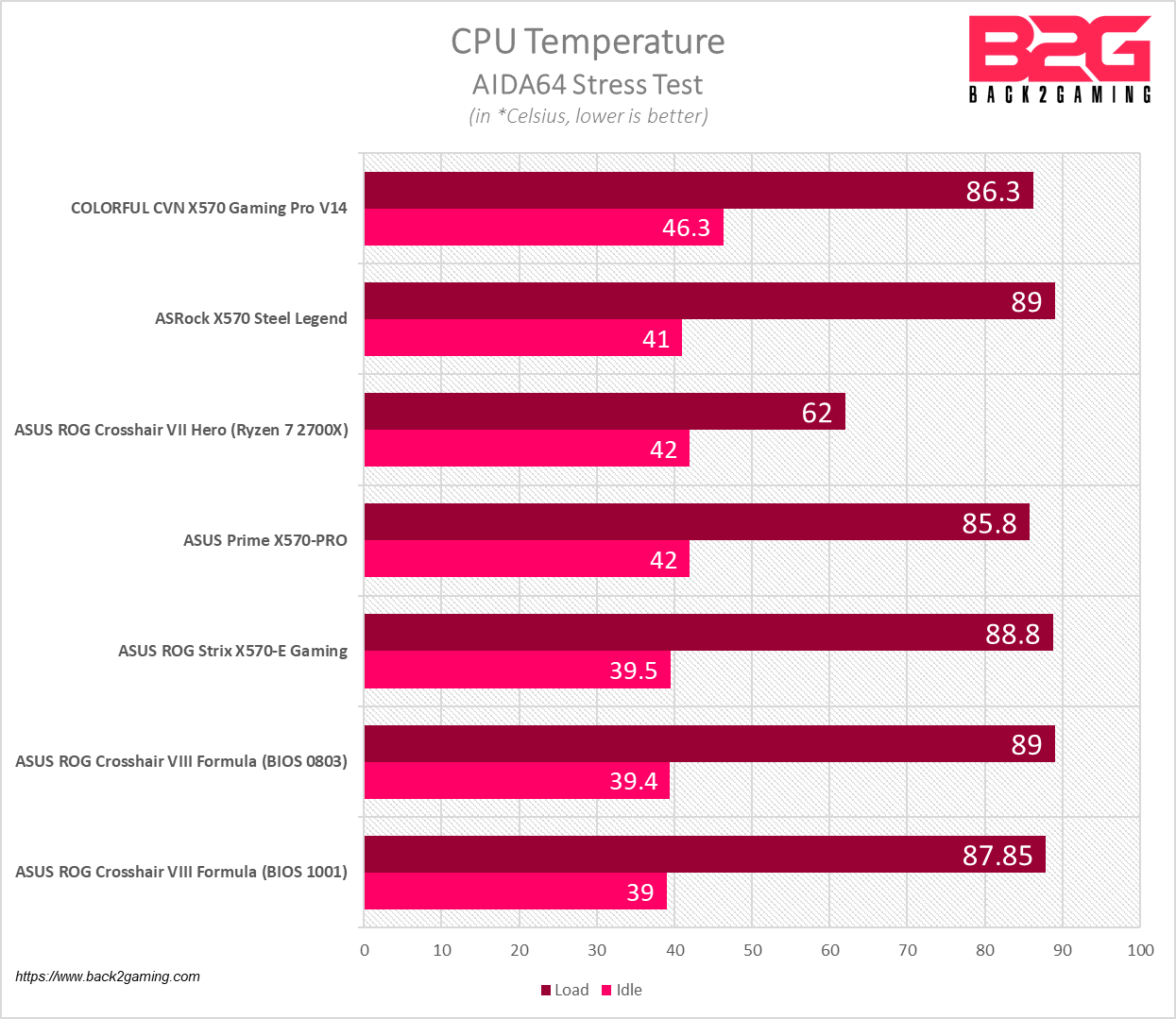 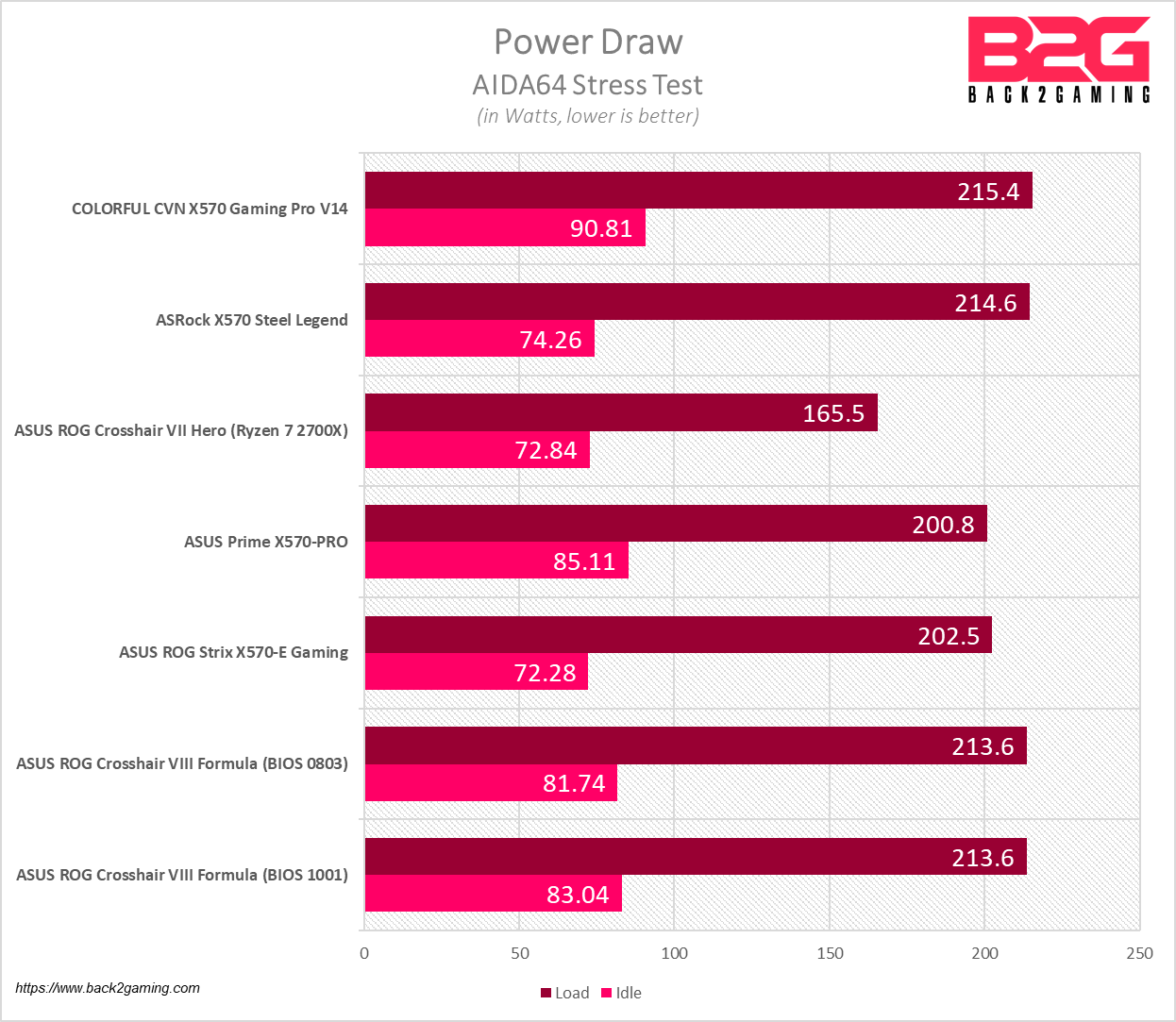 We really don’t put too much stock on individual component temperatures as they will vary depending on usage and we do not benchmark using extreme loads anymore as they’re not reflective of real world applications. To stress the CPU, we use a 20-minute run of AIDA64 stress test. We recorded the peak CPU temps and cross-match HWINFO and AIDA64 readings. For power readings, we measure the peak system draw.

Performance is on par with many of the other X570 boards we’ve tested so far and COLORFUL’s CVN X570 Gaming Pro V14 is actually pretty decent especially for its price segment. That said, this board is fully functional and its mostly a get-in-and-get-out affair, just plugging everything you need and its good. The main drawback though in terms of usability to get the most out of performance is the lack of XMP support. Manually getting to DDR4-3600 was a trial and error that most user will probably never go through and that leaves a massive potential for underwhelming performance especially for those running faster memory kits. Fact is, you can still get your speed, but the BIOS doesn’t hold your hand when manually setting timings. BIOS also needs to be updated with more functional controls. Overclocking on this board is very limited but given its relatively entry-level positioning, this can be understandable.

Build quality on the hardware though is superb and COLORFUL did a good job keeping little plastic on the board. Despite the lighter PCB and heatsinks, this is high-quality board for its price and there’s really nothing to nitpick in terms of the materials used for the board itself. Specs is pretty much standard fare for these kinds of boards so we won’t dock COLORFUL for that.

Ultimately, it falls down to looks and COLORFUL has yet to establish a motherboard that has a gripping theme to it. The CVN Gaming motherboards distinction comes from their battleship lineage and COLORFUL shows that in the aesthetic details of the board and its definitely up to personal choice.

Philippines SRP for the CVN X570 is Php10,300, putting it in good company with ASUS Prime models. Quality is on its side and COLORFUL has always seen themselves on-par with top brands in terms of quality and we won’t contest but they still need to mature their BIOS and software to compete directly with the big boys.

The main challenge is finding one of these boards and right now, availability is quite limited. If you’re eyeing the COLORFUL CVN X570 Gaming Pro V14, ask your local retailer to ask their distributor for stocks.

If you’re looking for a sturdy motherboard or dig the warship aesthetic, the COLORFUL CVN X570 Gaming Pro V14 is one capable motherboard.

COLORFUL backs the CVN X570 Gaming Pro V14 with a 3-year warranty. We give it our Recommended Seal for quality!

Price and Where to Buy