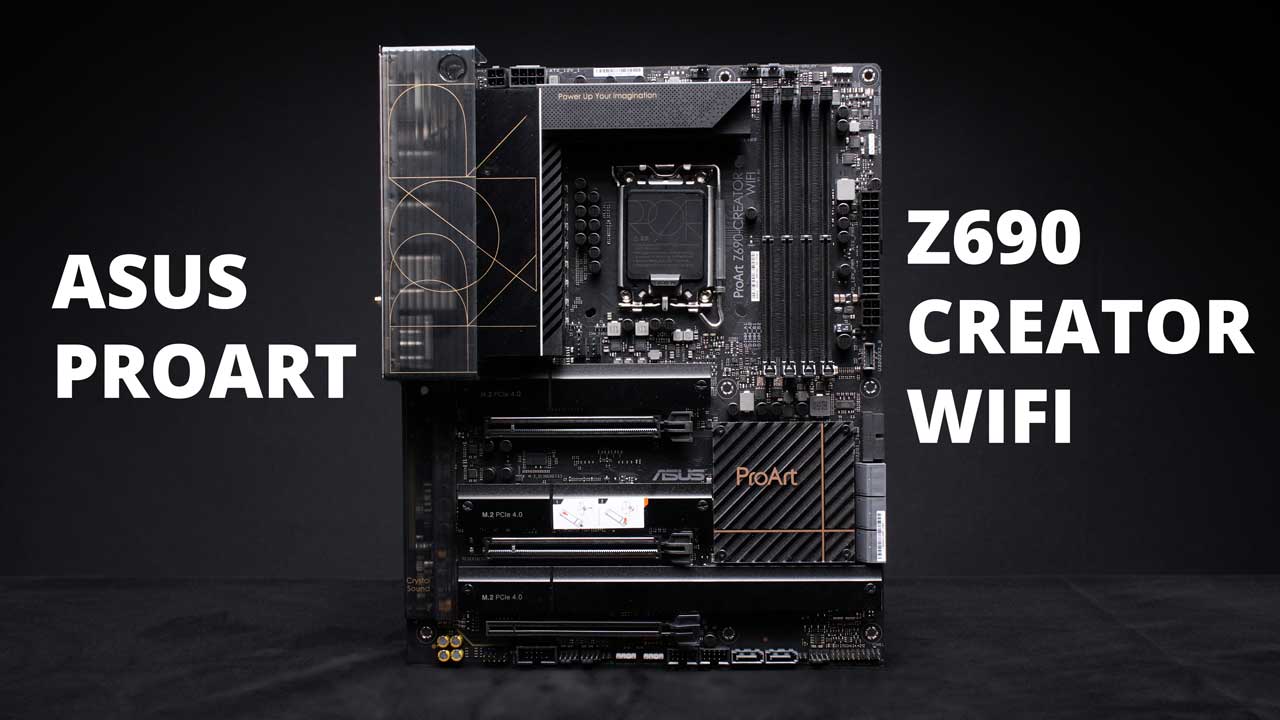 I’ll be putting my comments on overclocking in this section rather than its separate segment. Just like my other Z690 reviews, the struggle is primary on the CPU side wherein the Core i9-12900K is fairly difficult to tame when it comes to temperature despite a promising 5.4Ghz P-core OC and 4.3Ghz E-core OC. A more stable OC is achievable at around 5.2Ghz and 4.1Ghz P and E respectively with a considerable AVX offset. One point though, for professional usage scenarios and when I mean professionals, I mean deadline-oriented projects. If you plan to present to your client on Monday 9am, your project better be ready by Friday end of day. In cases like these, a crash during render is unacceptable. While ASUS does beef up the ProArt Z690-Creator with a heft VRM, I feel its quite unnecessary specially if they’re marketing to an audience that highly favors stability rather than small bursts of performance.

The upside of this is that with the inclusion of an over-built VRM, we also get a fairly overbuilt heatsink cooler. This is partner with a vast improvement in design language and while this is practically the only progression in the ProArt line that isn’t a copy of a Vivobook, its a very standout design piece and its quite sad sticking a Quadro on the ProArt feels like crapping on the design. That is of course if you’re partially building for looks. ASUS is particularly sure they want this is as a semi-pro motherboard with the board having all the bells and whistles of I/O but without built-in RGB lighting. Yes, we have Thunderbolt4, 10GbE, 4x M.2 slots, 8x SATA ports yet have no RGB lighting is actually an impressive feat as I find it quite difficult to believe some executive greenlit at $500 board and managed to suppress the urge of putting RGB lights on it. Again, like overclocking, you do have the option of using RGB, just not directly with the RGB headers.

The ASUS ProArt Z690-Creator WIFI is a breath of fresh air in the motherboard scene and while I’d hate to lift this board by putting another down, both MSI and GIGABYTE seems to be currently lost in what they deem to be a “creator” motherboard. GIGABYTE thinks a creator motherboard has to be a white motherboard with Thunderbolt 4 ports while MSI believes its a gaming motherboard with different name. Both of which are functional boards regardless but lost in the actual purpose. ProArt Z690-Creator WIFI stays true to its namesake by offering the support needed to create a content creation workstation: expansive options for storage as well expansion devices, it doesn’t get as simple as that. To be fair, the Z690 generation does tie it up for GIGABYTE and ASUS with MSI yet to release their own creator series for Z690. If you’re already at the point that you are sure you wanna jump to Alder Lake, if your decision lies between these 2 motherboards, my most simplest argument for getting an ASUS ProArt Z690-Creator WIFI would be its standard PCIe slot layout. If you do come down to using dual GPUs to do accelerated rendering but still need another slot for an another device, they ProArt would make it work as long as they’re 2 slot cards as the Vision Z690 will only support 2 with the 3rd slot being covered.

That last example may be very specific but trust me, more often than not, these content creation system will see more things plugged into them than a pin cushion and its actually weird to compromise on slot placement. I will say the same for ASUS for skimping on an x2 slot for say a capture card or audio device. But other than, as a straight-up graphics or video editing rig, everything’s pretty much nailed down here with a plus on ASUS for having 2 more extra SATA ports if one opts to go full SATA RAID for larger storage rather than faster ones on the M.2 which would make more sense.

If there’s anything I would nitpick here, it would be that this board doesn’t have onboard buttons. Which is a very. very small matter to complain about. Barring that, everything looks good and there’s really nothing I have to complain about. As someone who directly edits on a 10GbE NAS while also maintaining an internal RAID array, I do feel a certain appropriateness for my use-case with this motherboard and this ring true to my circle of friends whose workflow revolves around getting videos, doing the work, backing them up and putting them in cold storage while also maintaining a library of clips and assets which at 4K and 6K, tend to quickly grow exponentially. With 8K and 12K footages already getting their start, its going to be common eventually that professionals end up working with these files.

In closing, just like any niche product, the ASUS ProArt Z690-Creator WIFI is a solution aimed at a specific portion of the market and tries to answer what ASUS deems is the requirements of modern creators and I agree. The ASUS ProArt Z690-Creator WIFI is an excellent motherboard for a professional video and graphics workstation and built on Intel’s new 12th-gen CPU, would be an direction for anyone serious about their content creation DIY workstation.

ASUS backs the ProArt Z690-Creator with a 3-year warranty.