AMD has rocked the very foundation of Intel’s commanding lead in the market with its Zen architecture-based Ryzen family of processors. With the initial launch of the Ryzen 7, competition is once again to Intel and has revitalized AMD’s presence significantly. The Ryzen 7 8-core family along with the HEDT-oriented Threadripper have been doing fairly well to contend with their direct competition but the real competition is where the gaming and mainstream consumer will mostly fall into and that’s where the Ryzen 5 and Ryzen 3 family of AMD’s new processors fall into.

Today we’ll take a look at the CPU as well as gaming performance of the Ryzen 5 and Ryzen 3 processors and see how they fare in our most-demanding CPU-intense titles and benchmarks. We’ll also take a look at how they scale in multithreaded benchmarks.

In this review we’ll focus on the Ryzen 3 family of processors featuring true quad-core parts. Read on to find out more. 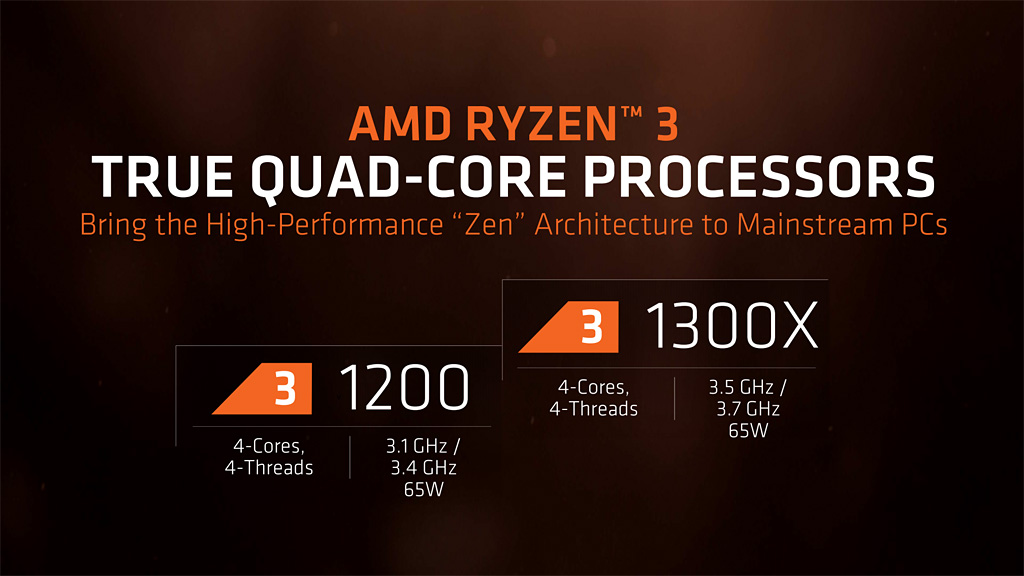 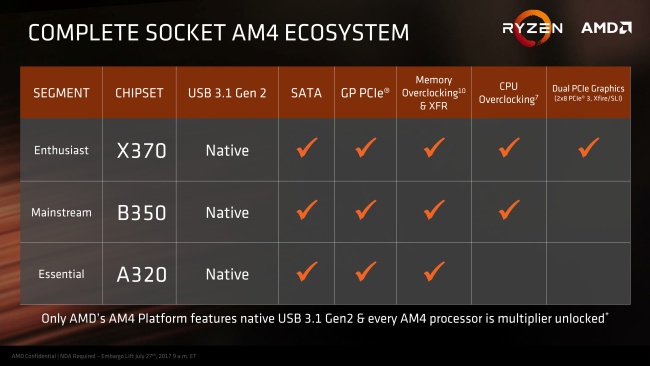 All Ryzen processors have the same number of PCIe lanes but the chipset will dictate what kind of configuration you can run with especially with SLI. The X370 chipset and B350 chipset will both offer multiplier OC support but only the X370 will be capable of having guaranteed SLI and Crossfire although some B350 chipset may have pure Crossfire support. 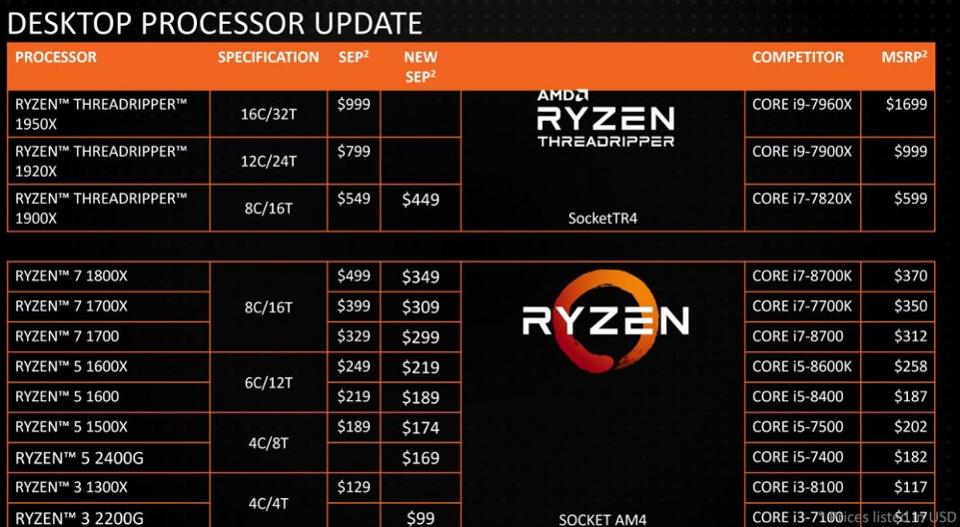 AMD rolled into 2018 by announcing price cuts across the board on its entire product stack, something that Intel has rarely done despite its tumultuous 2017 marred with issues. Back to AMD, going forward they will be pricing their CPUs as listed above which sees massive 100$+ reducitons on the upper end of the stack while the Ryzen 5 and Ryzen 3 will see some considerable price cuts as well. This puts it in even more ideal positions to clamp down on the market by sheer value alone and attract more customers from a purely price advantage. 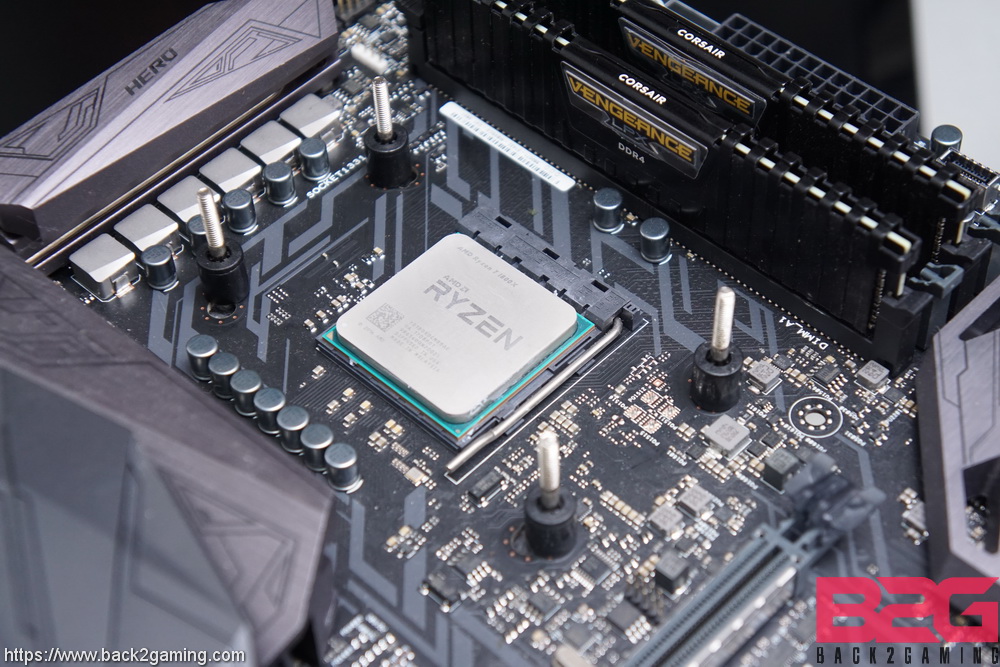 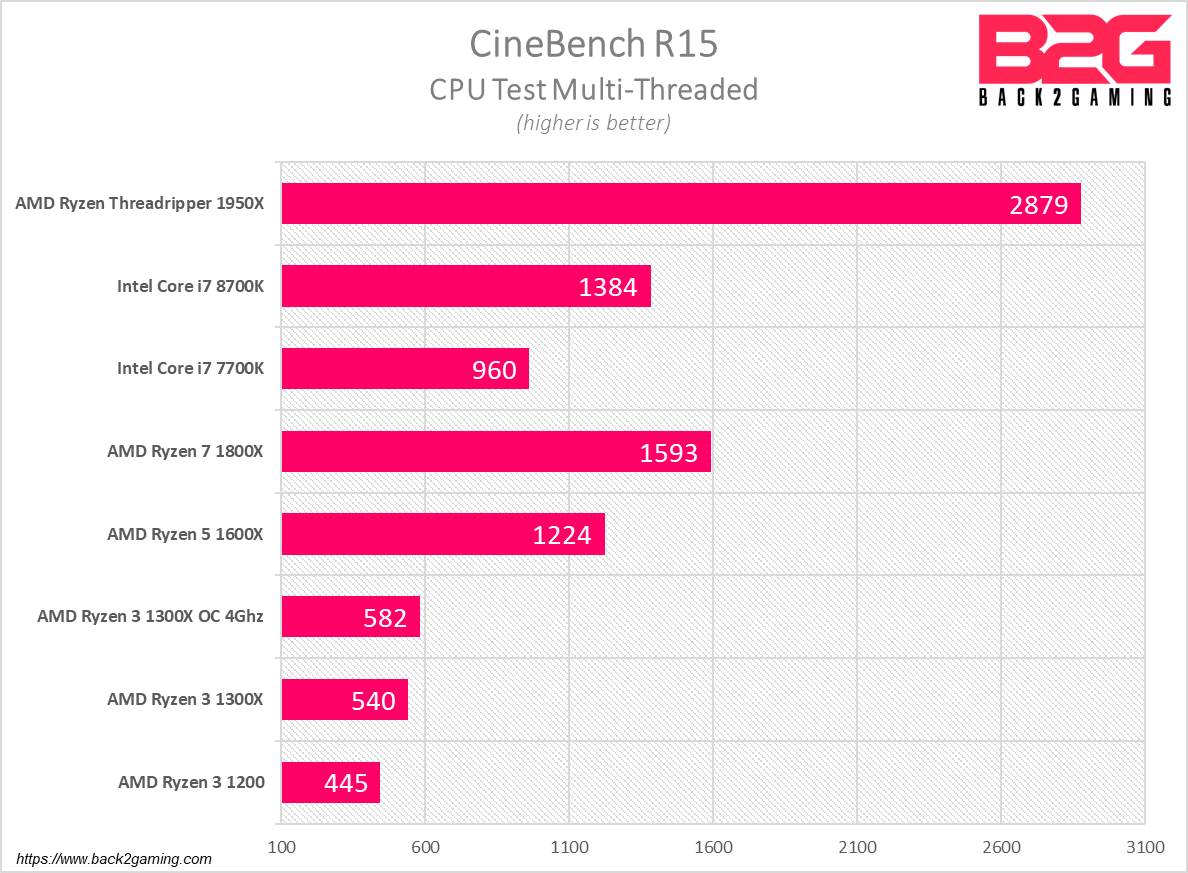 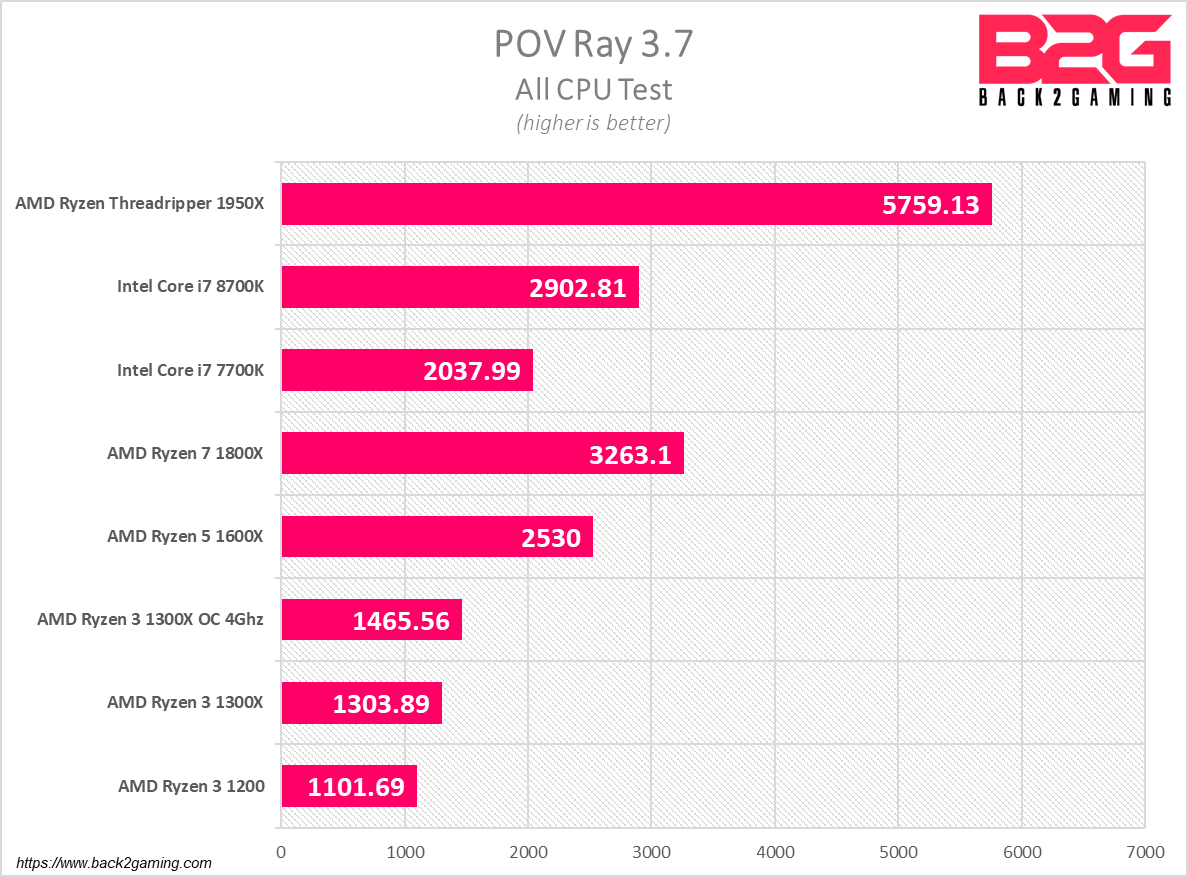 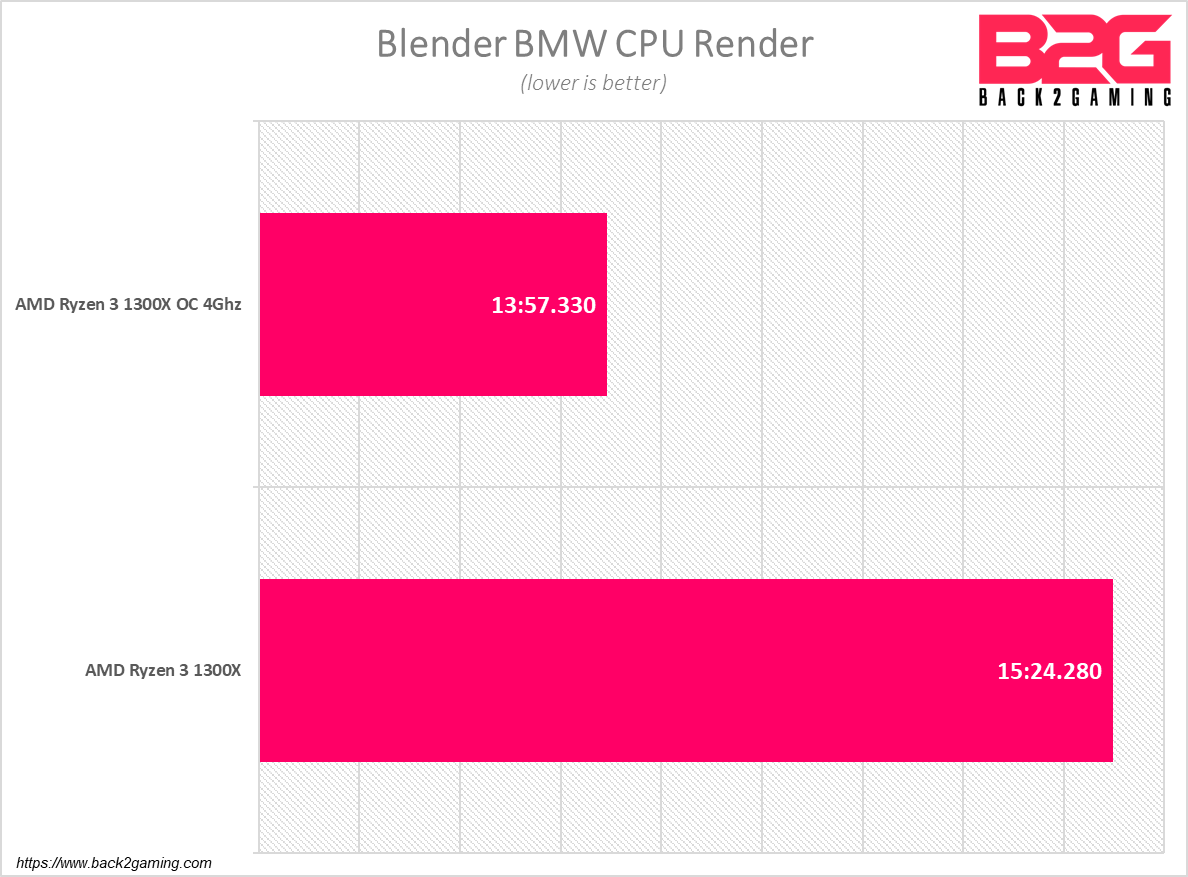 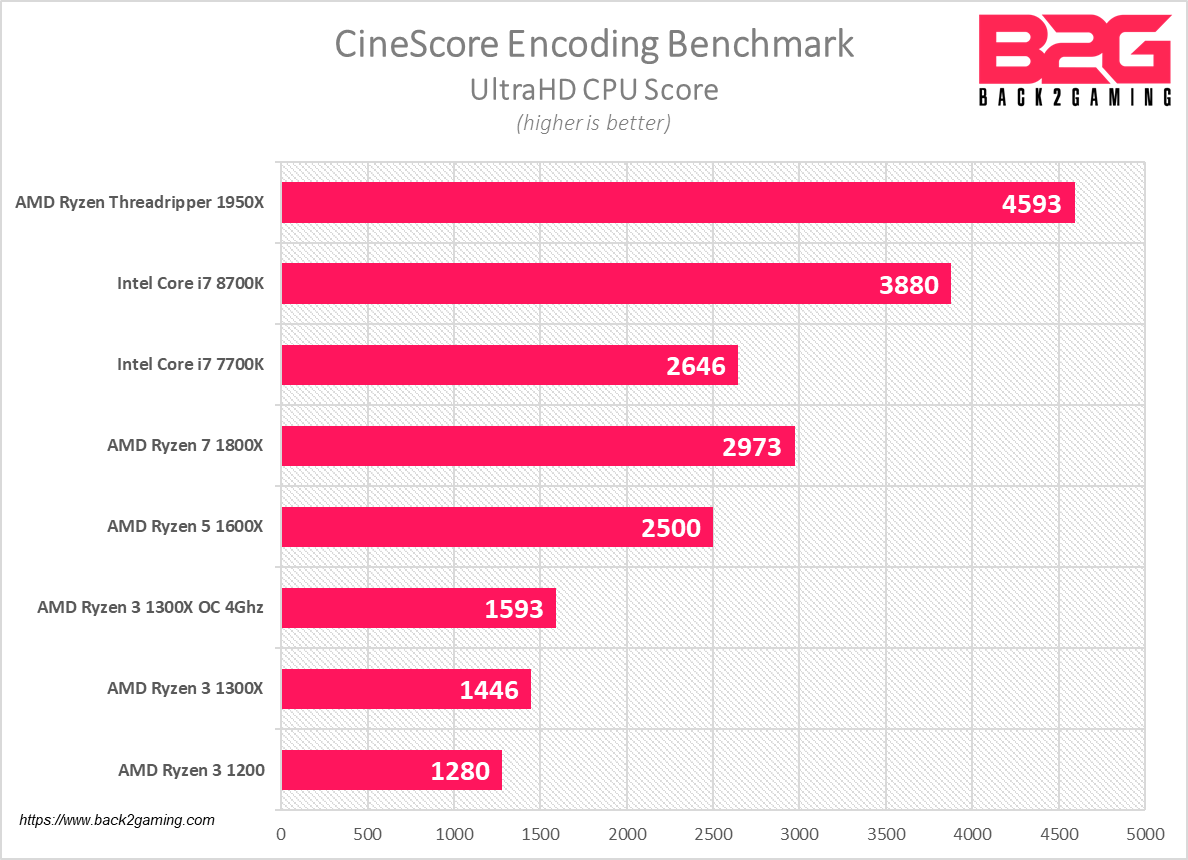 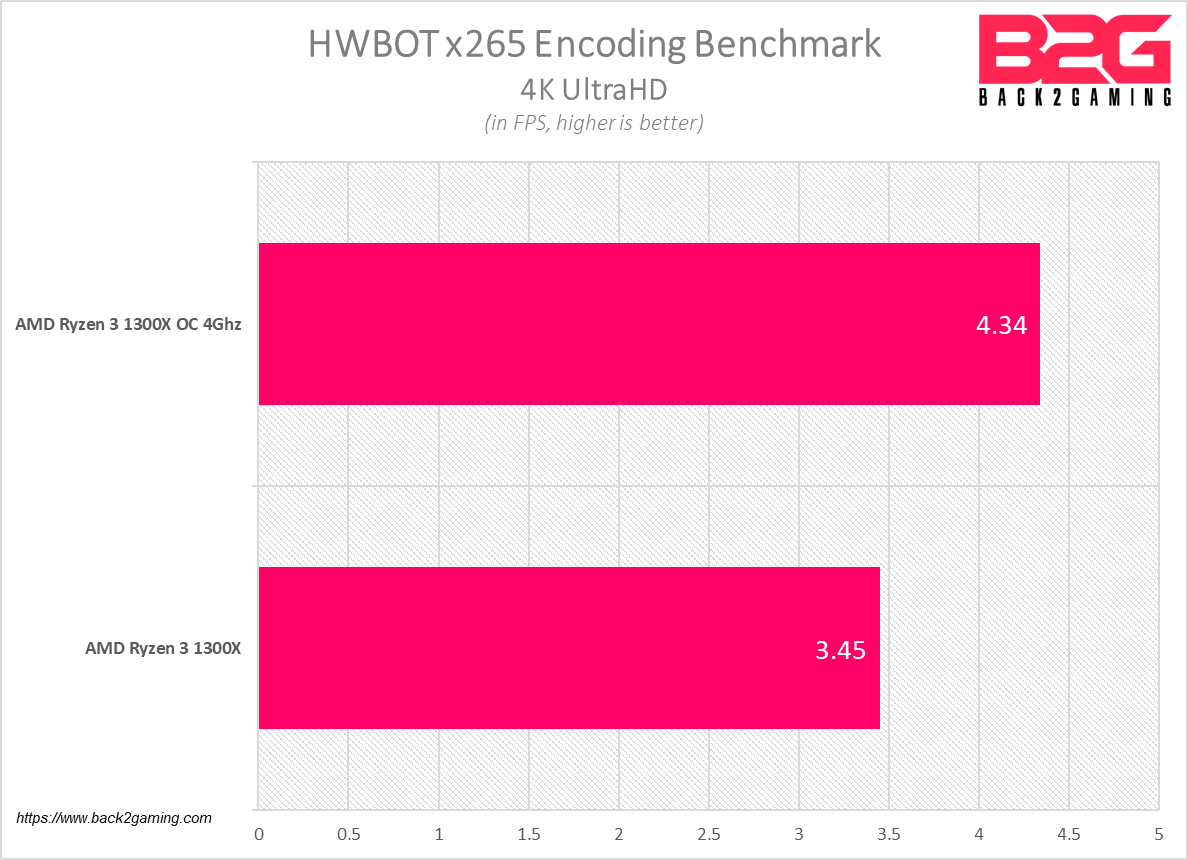 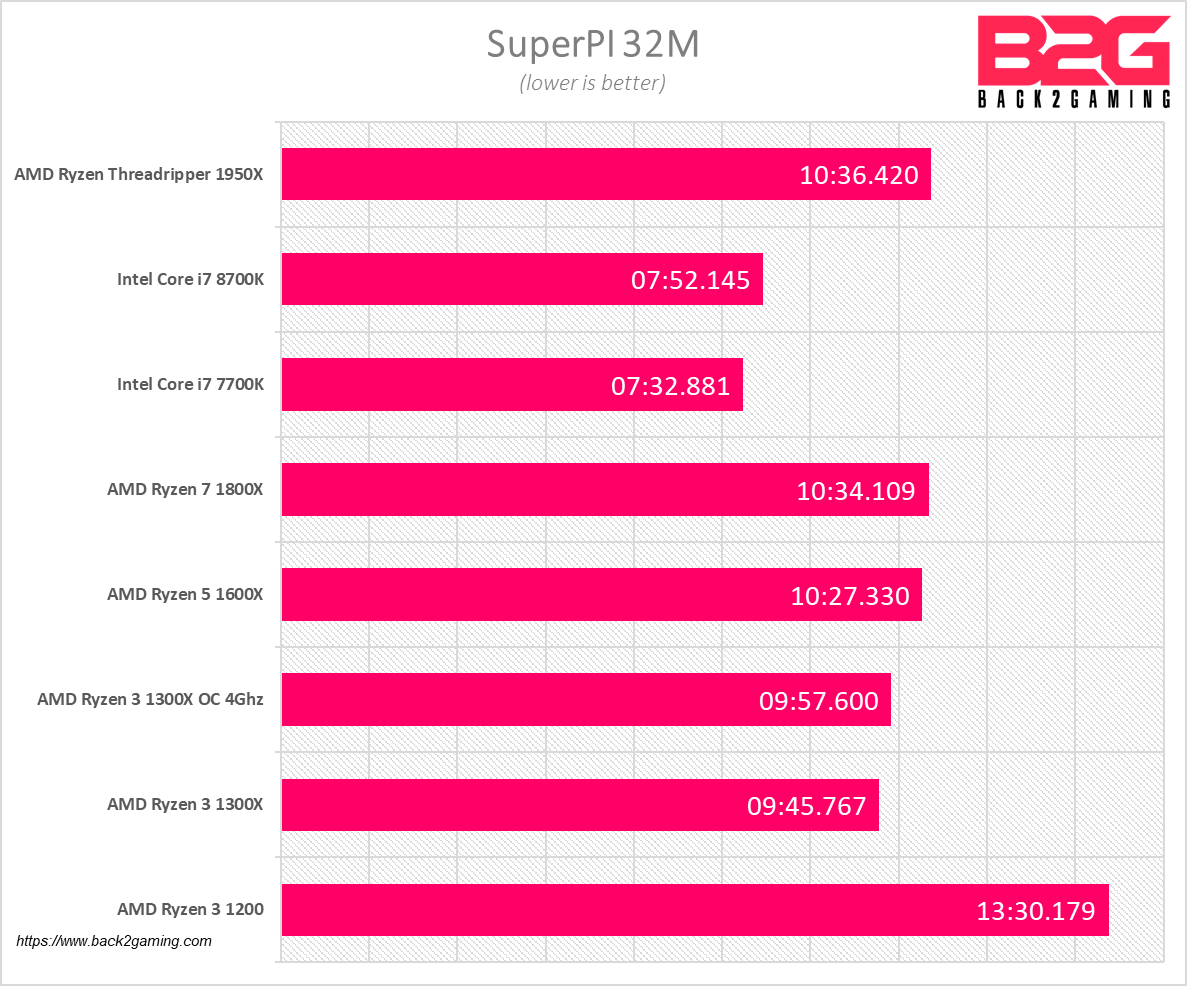 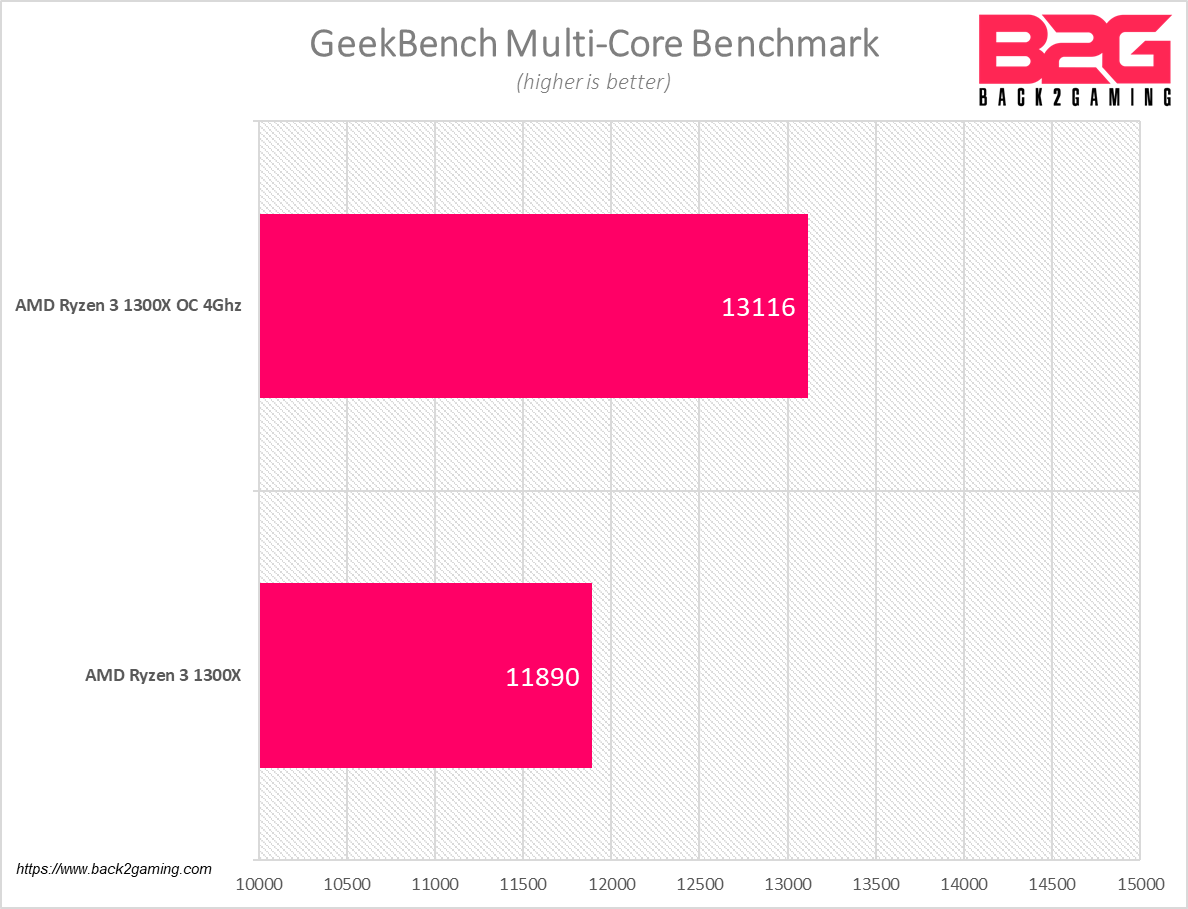 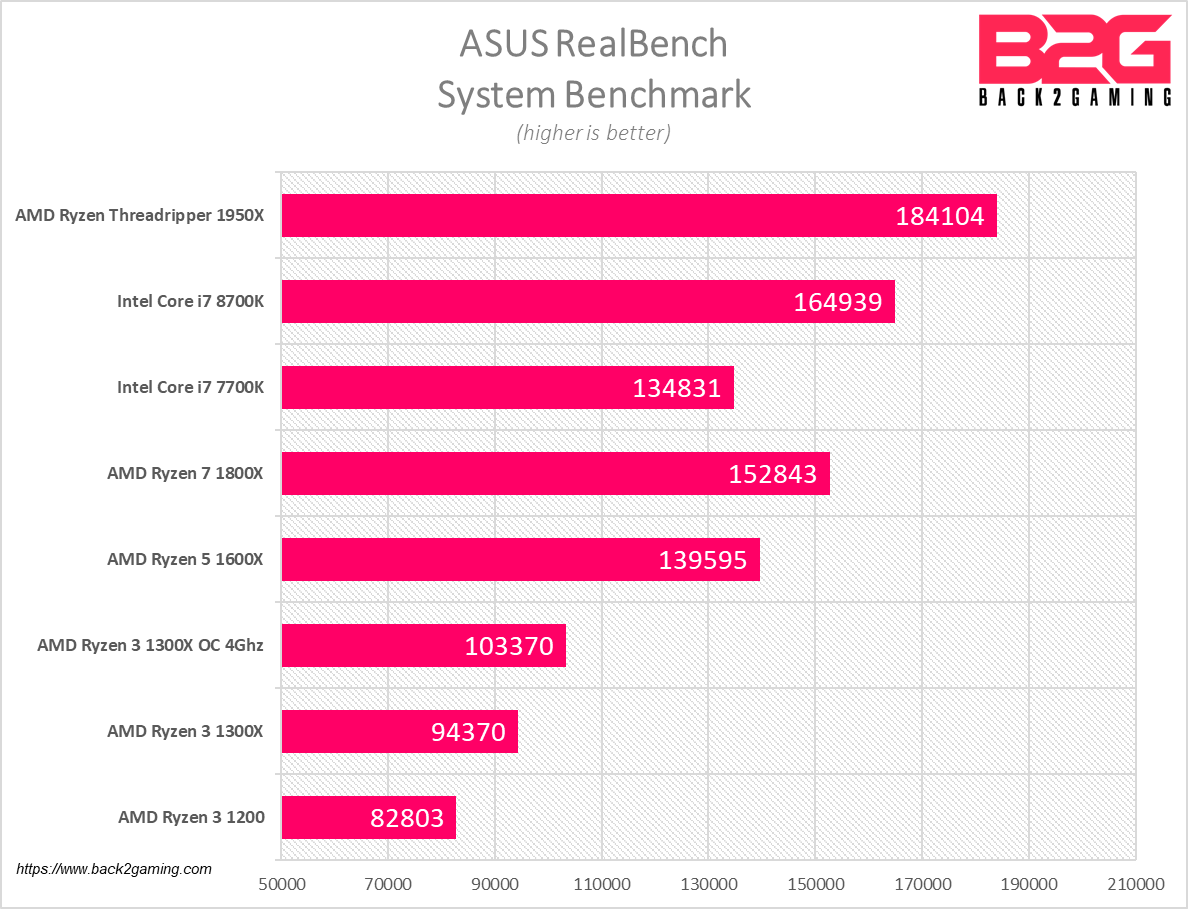 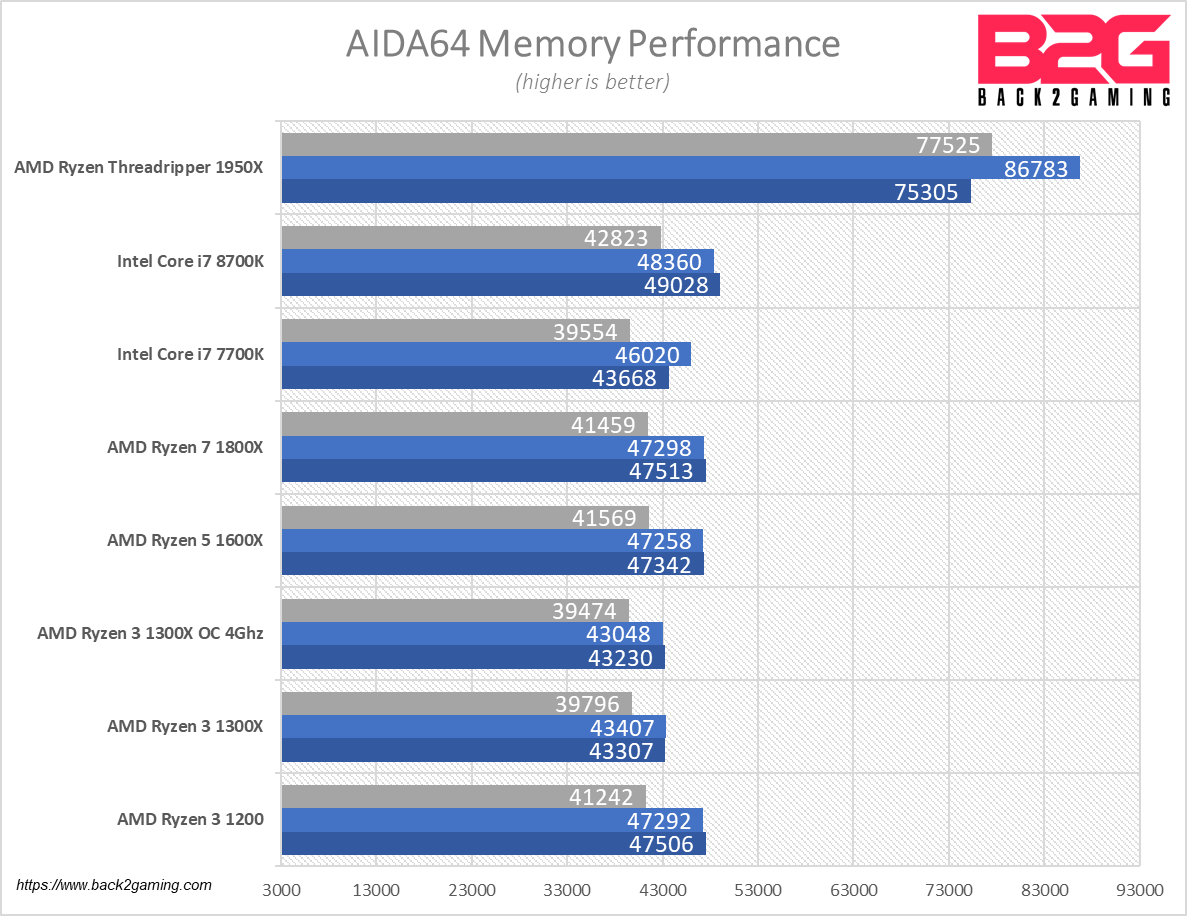 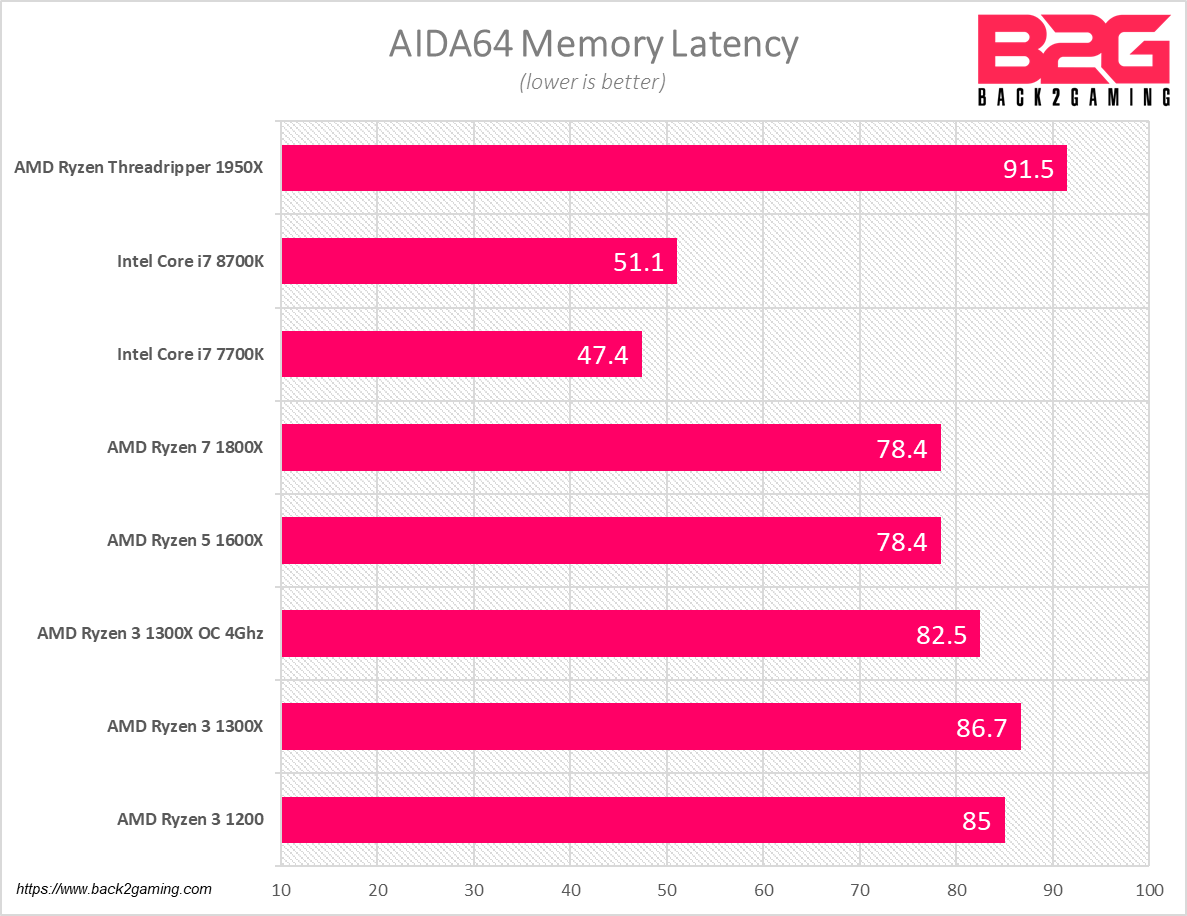 For this test we’ll focus on the gaming performance both our processors. Do note that we have specially selected benchmark runs for CPU testing vs. GPU testing so these vary from our GPU benchmark results. To see more details about the benchmark sequences, please see our game benchmark method guide. 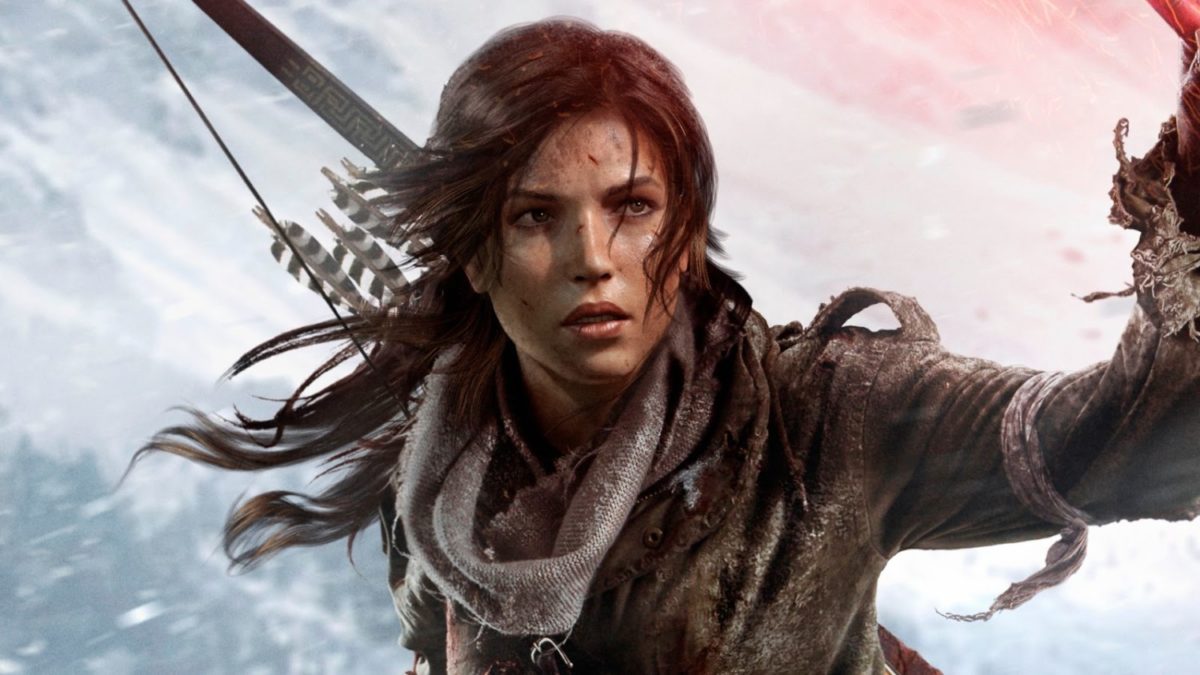 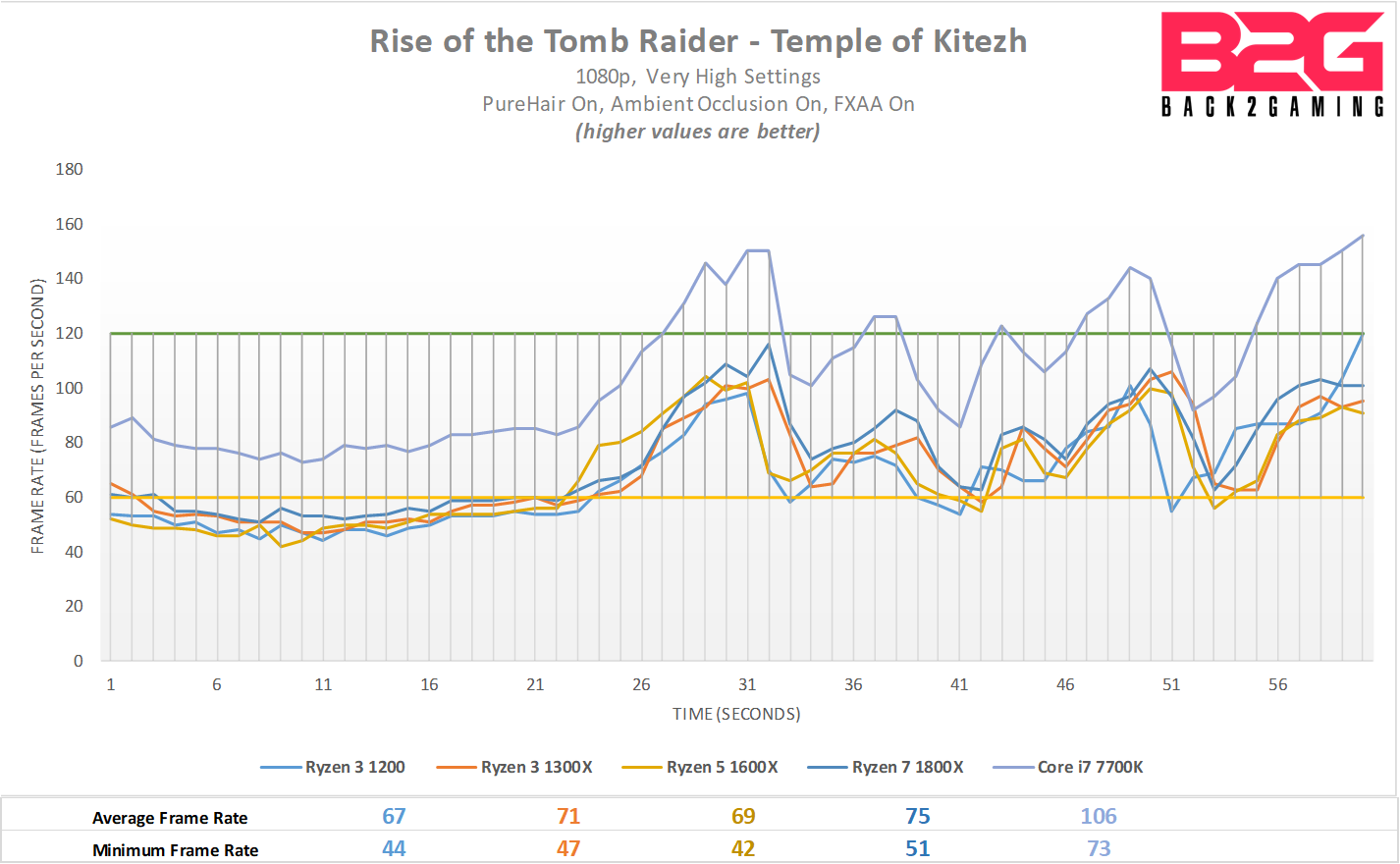 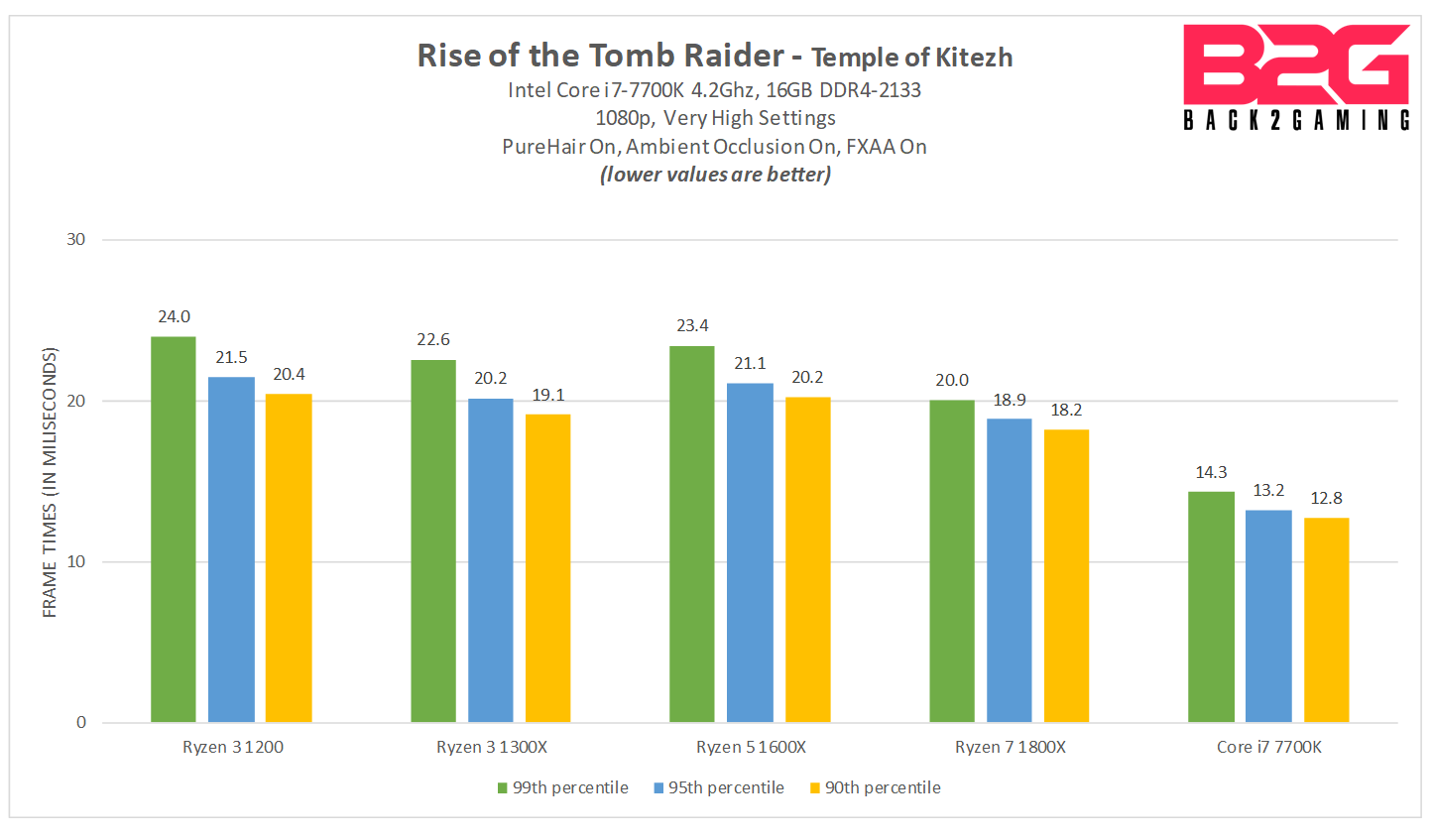 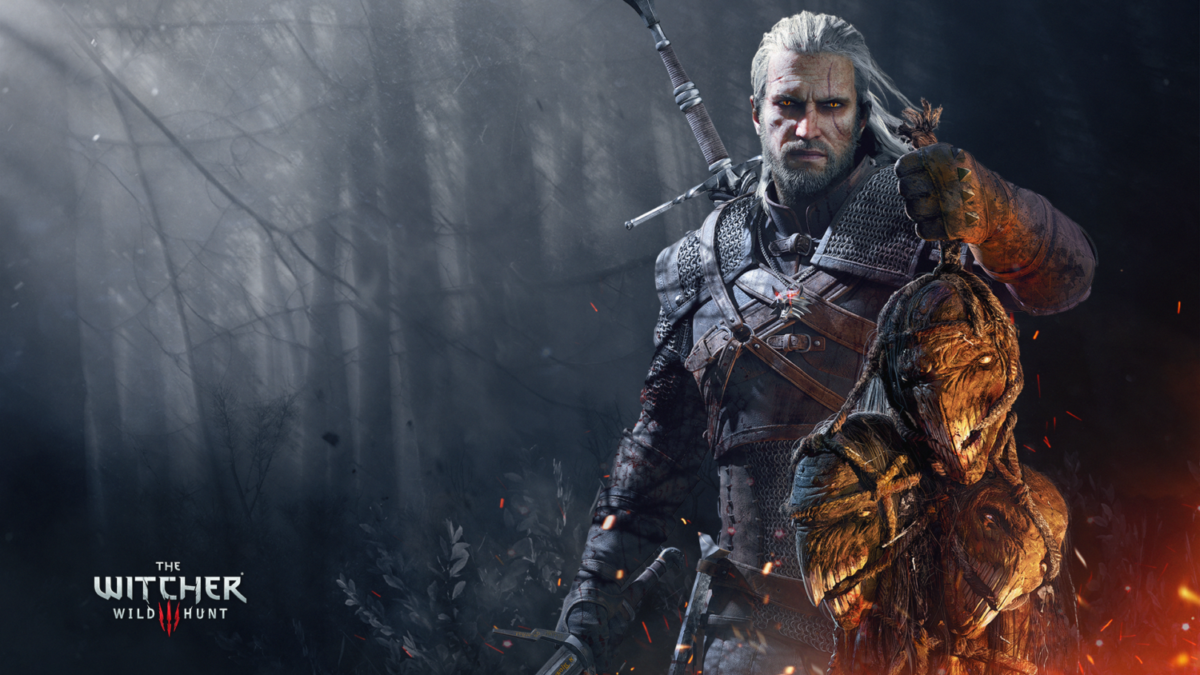 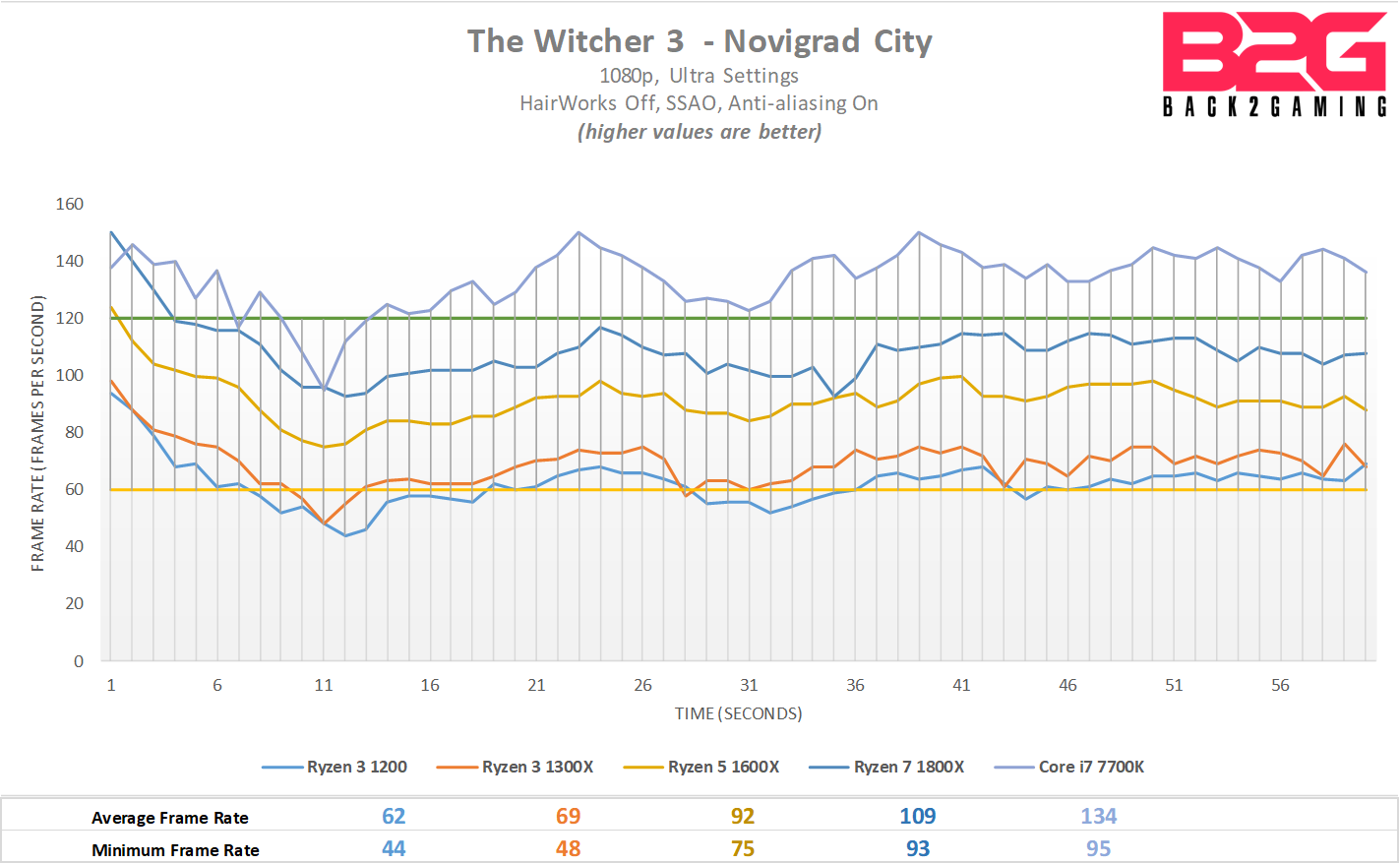 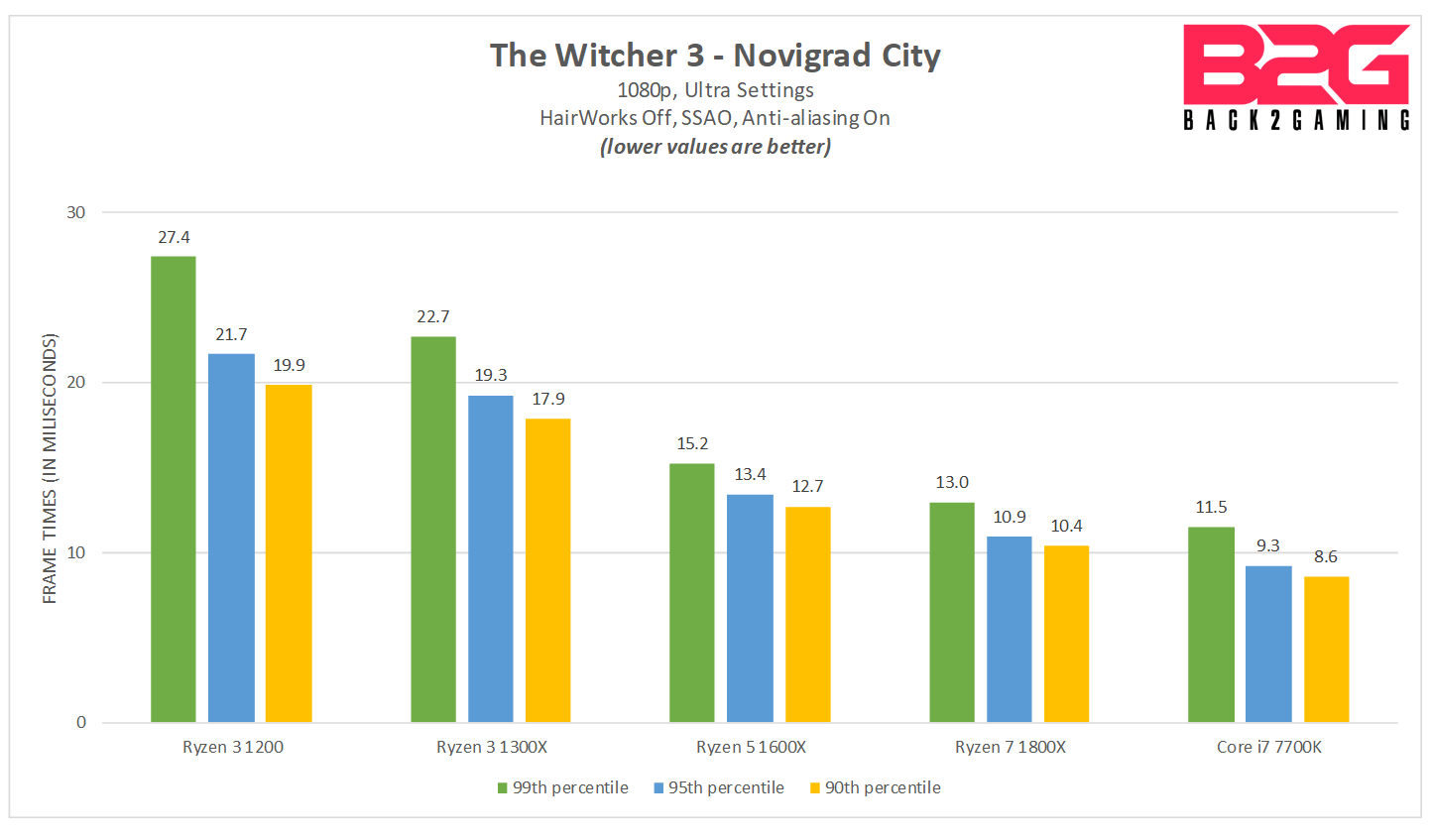 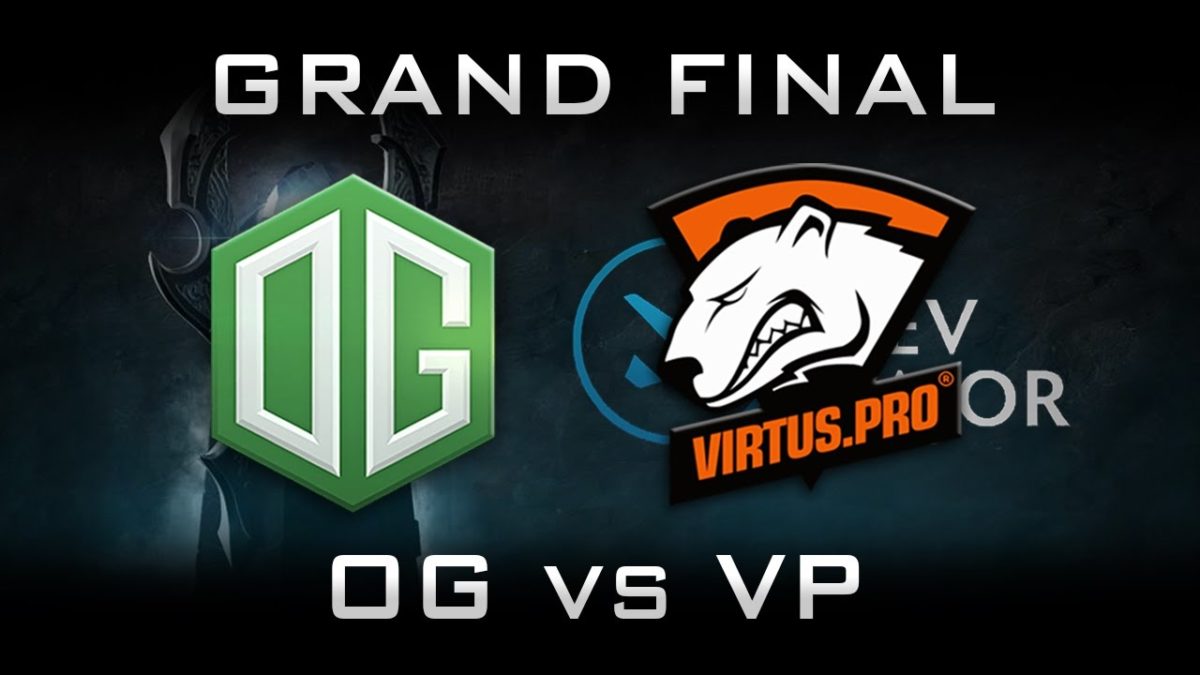 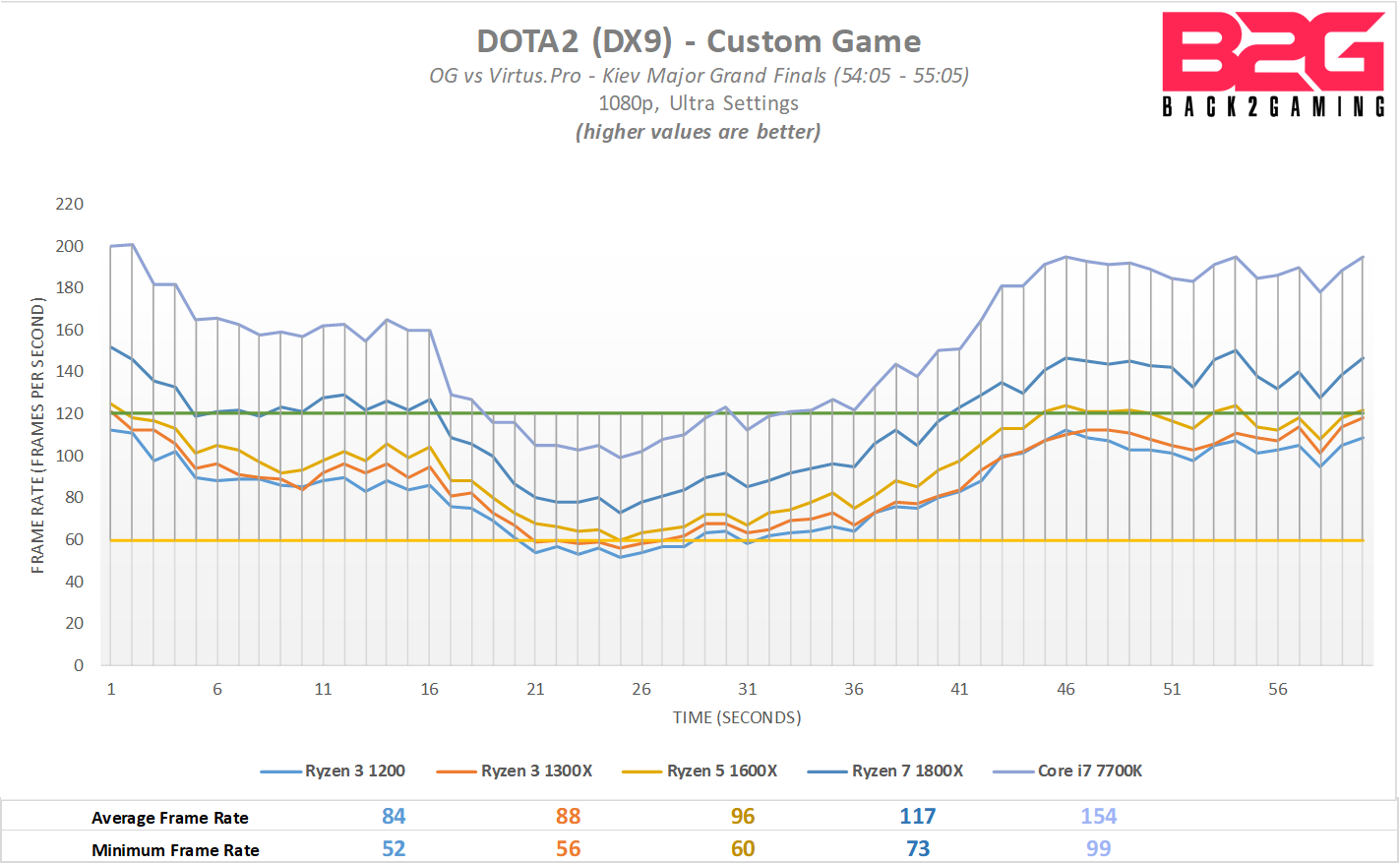 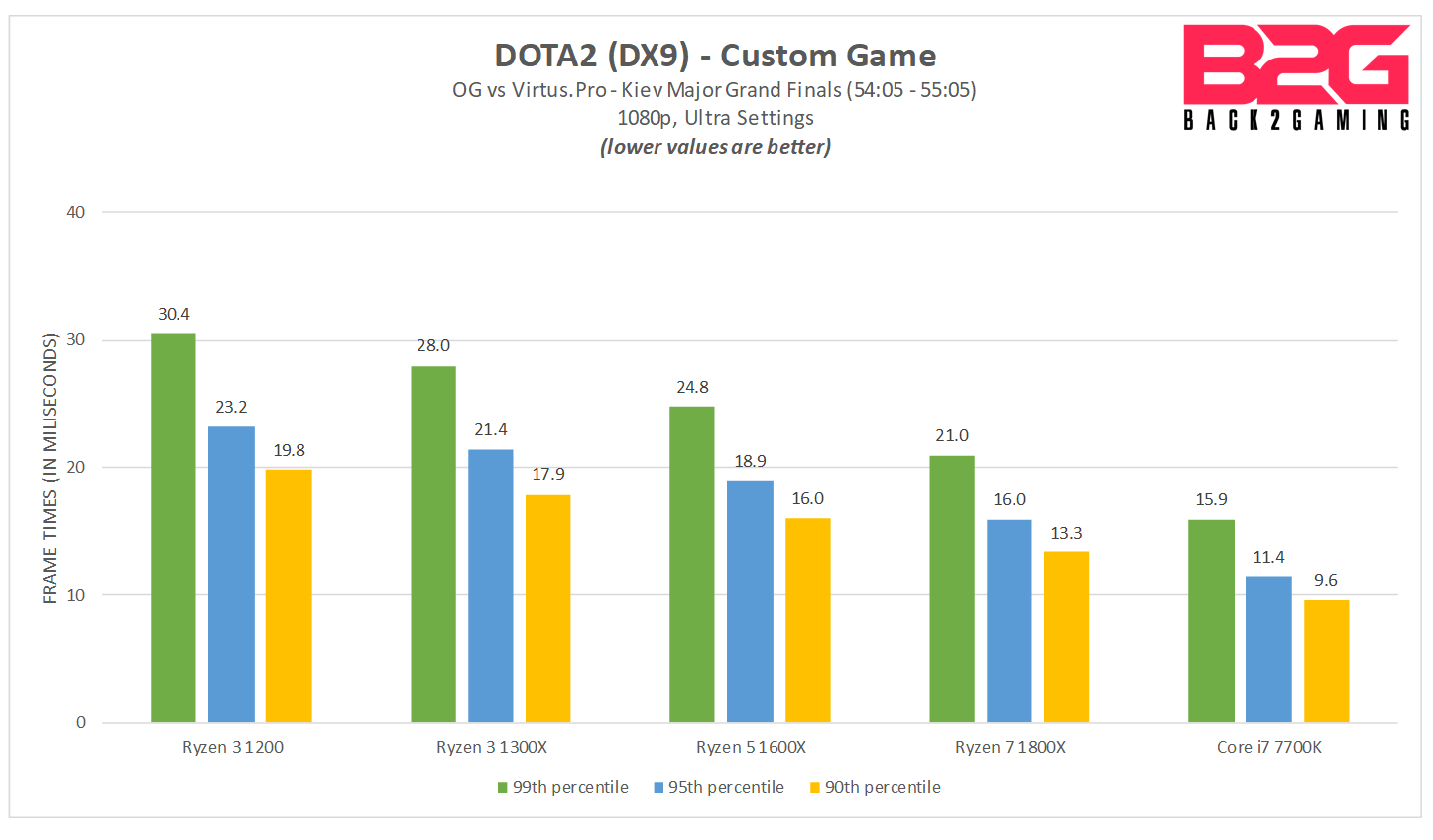 In this test we’ll measure how much manufacturer-set BIOS settings affect temperature and power draw.

We really don’t put too much stock on individual component temperatures as they will vary depending on usage and we do not benchmark using extreme loads anymore as they’re not reflective of real world applications. To stress the CPU, we use a 20-minute run of AIDA64 stress test. We recorded the peak CPU temps and cross-match HWINFO and AIDA64 readings. For power readings, we measure the peak system draw. 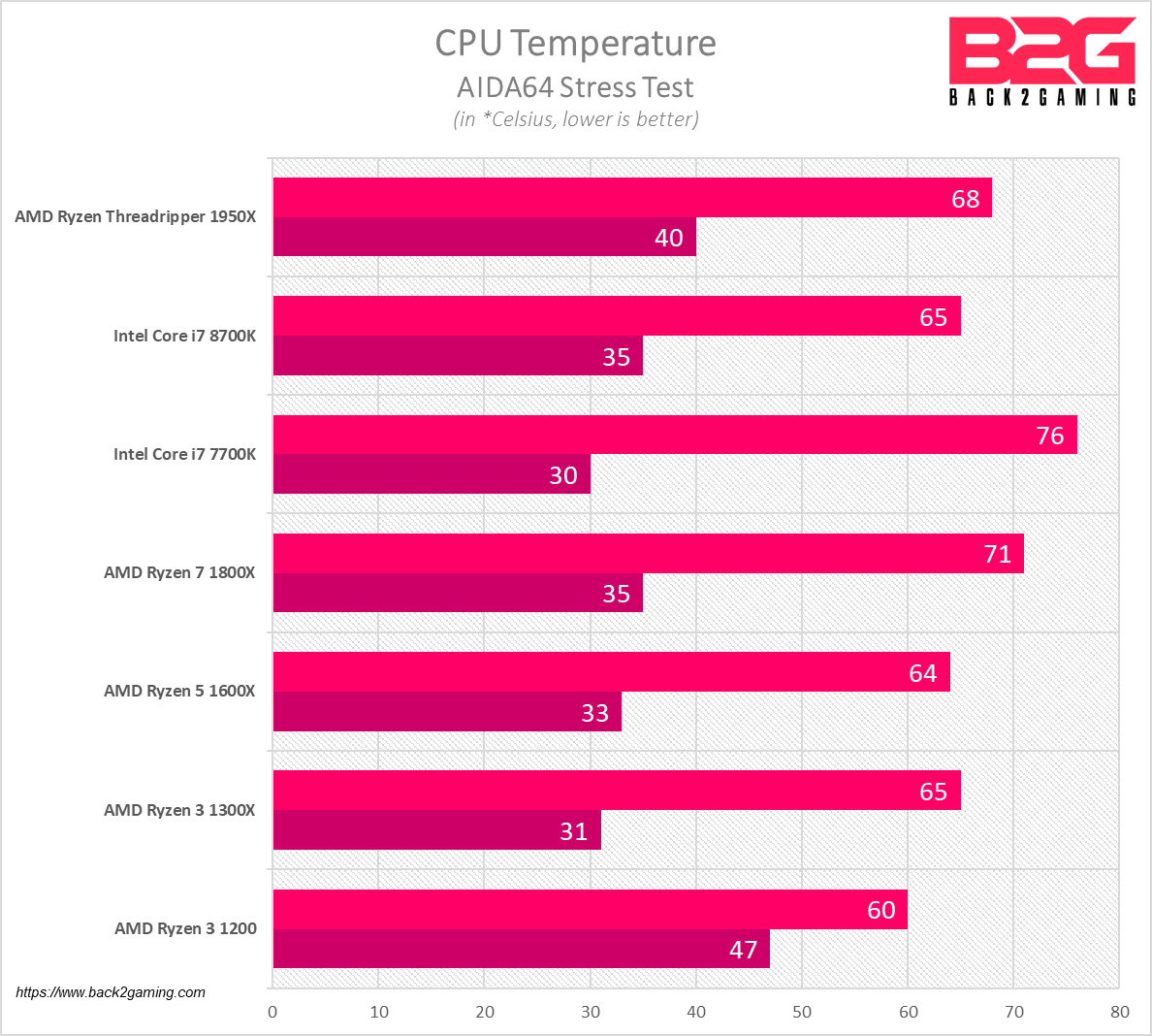 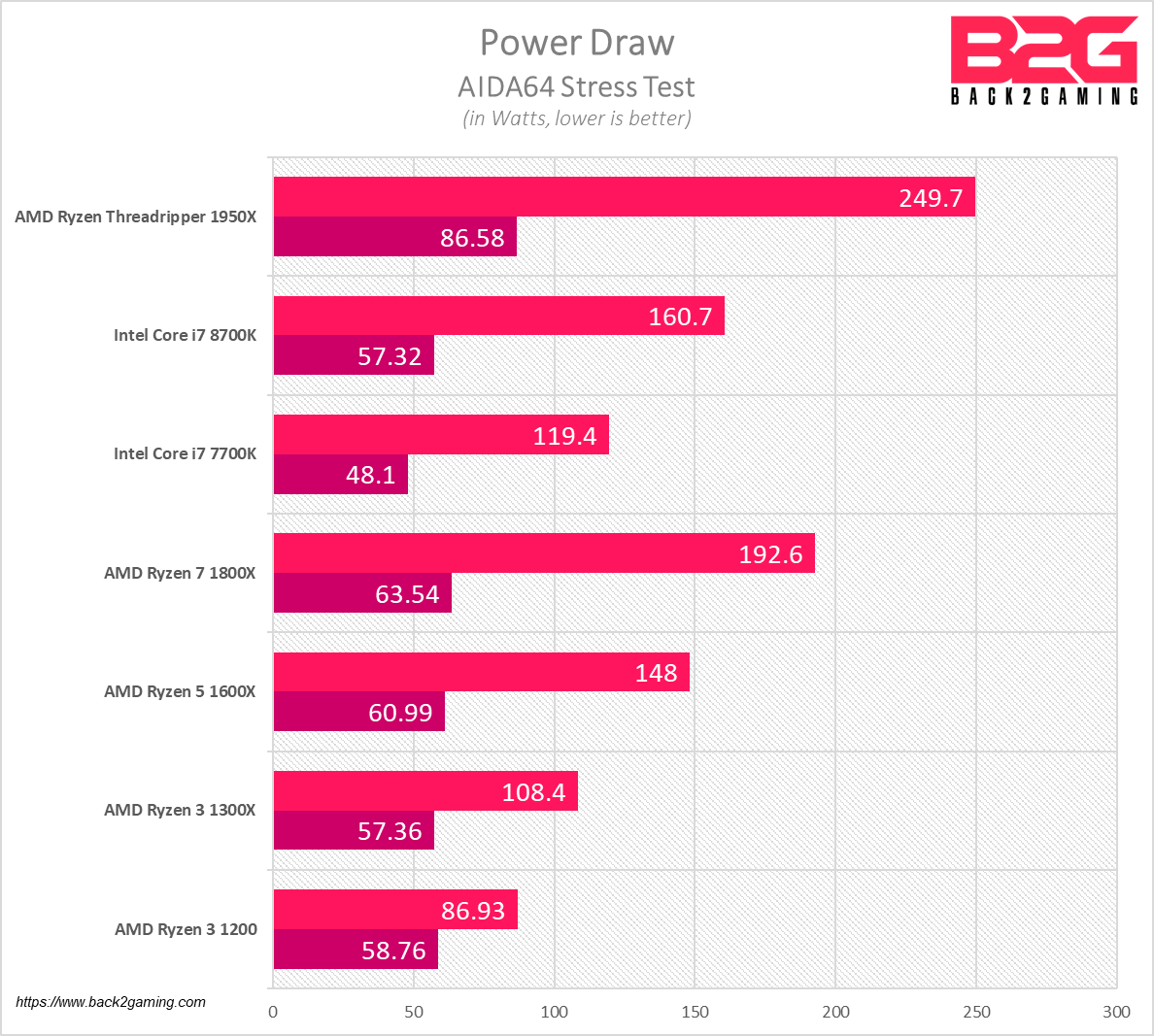 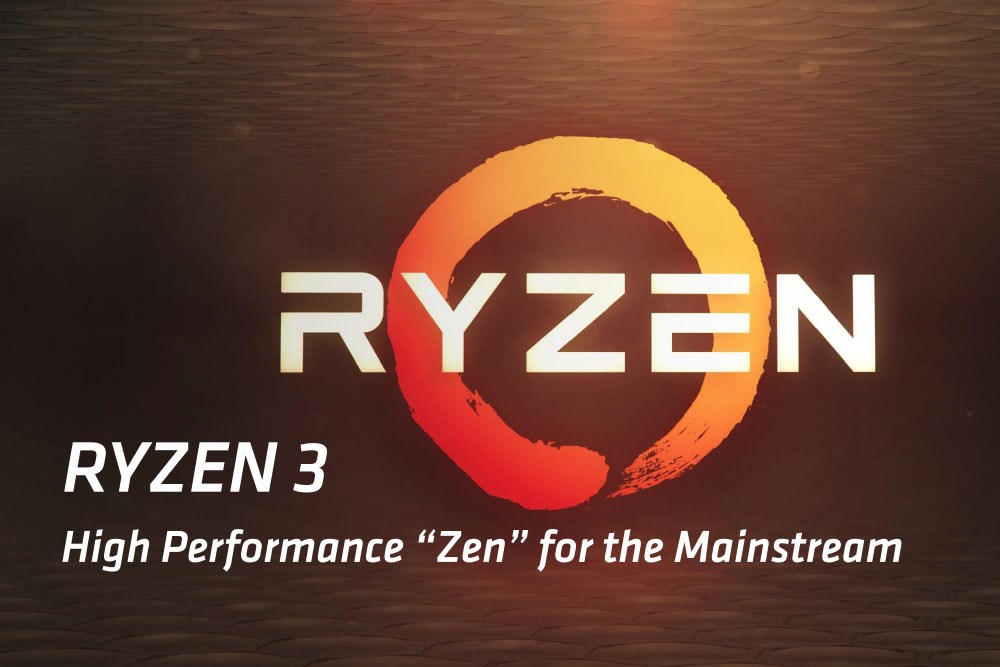 With the Ryzen 3 1300X and Ryzen 3 1200 offering the best value quad-core in the market right now, there’s certainly plenty to look out for whatever the company has in store in the future. But focusing what we have on hand, the Ryzen 3 processors offer compelling value in the entry level market particularly for those who need the quad-core processing power but are still budget-restricted.

Looking at it from a purely performance perspective, the Ryzen 3 processors are still outclassed in single-threaded performance by Intel and even in quad-core scenarios in gaming but looking at the price advantage, the benefits of a quad-core in optimized applications coming in from the future or just the sound of a true-quad core to general consumers, will surely be the more appealing choice.

For those looking to build low-power PCs, the lack of an IGP will be the biggest weakness of the Ryzen 3 processors and provided they reside in the value segment, it was more of making the most out of a position where they did not want to go with an older GPU solution which they already have in their Bristol Ridge APUs.