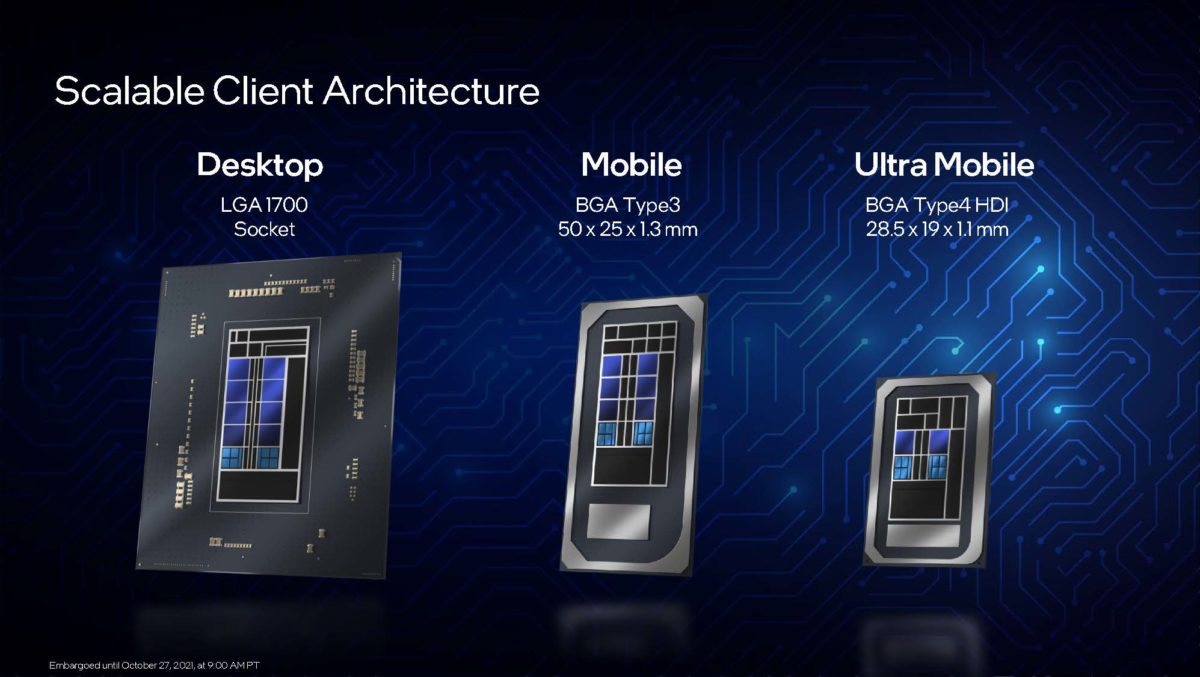 As mentioned earlier in this article, Intel is retaining their monolithic chip design, utilizing a single die to contain all of the components of the CPU. Intel wanted Alder Lake to be scalable between client segments and desktop designs and easily be ported to mobile (laptops) and ultra mobile (tablets). Intel built Alder Lake on their Intel 7 process, formerly known as 10nm Enhanced SuperFin. This node does see an increase in transistor count over last-gen but the basic layout of the CPU remains the same. The major difference here is the addition of E-cores which take up some space on the die necessitating an increase in the overall footprint of the CPU.

Intel will also include the newer UHD 770 Graphics based on Intel Xe LP with Alder Lake. This is the same architecture used on the IGPs of 11th-gen Rocket Lake CPUs and while it is not a viable gaming solution, given the skyhigh pricing of GPUs, those who may want to weather out their GPU purchase until the next payday could live off UHD 770 for work and entertainment purposes.