Adding to the node naming confusion is now Intel’s new approach to adding more cores: the hybrid architecture. Intel still believes in a monolith chip design. One big piece of silicon housing everything in that die. This is in large contrast to AMD’s chiplet design which separates cores into clusters of their owns dies. This has so far worked for AMD to great effect but Intel’s persistence sees them devising smart ways to a solution; not just to increase core count, but increase efficiency as well. 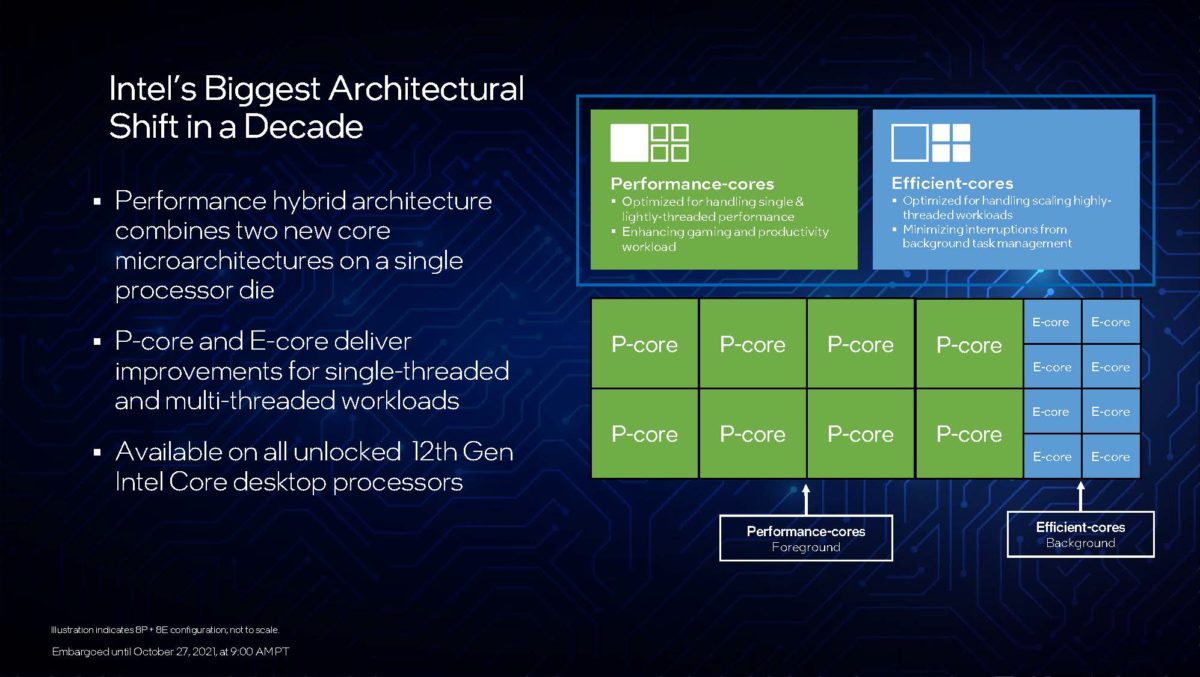 Intel’s 12th-gen Core CPUs will feature 2 kinds of cores: the familiar core design we normally see and what is referred to as the P-core (performance) based on Golden Cove and then we have high-efficiency E-cores (efficiency) based on Gracemont. If this would be a traditional gen-on-gen release, the P-cores are expected to yield 28% performance increase over Skylake. That would usually be the end of that but this hybrid architecture approach adds in the E-cores which can handle very light workloads with very minimal power. This allows Alder Lake to park P-cores when they’re not needing, only bringing them in for gaming, content creation and then combining both E-cores and P-cores when really taxing workloads are being performed.