As part of the ongoing Suplex City Census, this year’s installment of the WWE 2K series confirms a whopping 36 more superstars, current and classic, as part of its growing roster as we near the game’s release. As per 2K’s press release, here are the names we’ll be bringing into the ring come October:

As you can see, it’s a pretty good mix of superstars that have been around and reached legend status, and those that are part of WWE’s ongoing “New Era”. Easily the most notable is the addition of AJ Styles, formerly of Total Nonstop Action Wrestling, New Japan Pro Wrestling, and numerous independent promotions. Styles debuted in WWE earlier this year as the second entrant in the Royal Rumble, to rapturous applause. The Women’s Division is also getting a rightly needed shot in the arm with the debuts of Sasha Banks, Becky Lynch, Alexa Bliss, and Nia Jax, among others.

With the string of roster reveals, new and returning features, and gameplay tweaks, 2K Sports and Yuke’s seem to be ushering their own new era of WWE games. We can’t wait to lace up our boots and step into the ring once again when WWE 2K17 releases on PS4 and Xbox One on October 11 of this year.

In a really weird turn of events, Billy landed himself a job in the radio industry and has been there ever since. You can listen to him talk about video games and make ridiculously obscure references on The Bonus Stage, Mondays to Thursdays at 9pm to 12mn and Saturday mornings at 6 to 9am on 99.5 PlayFM. 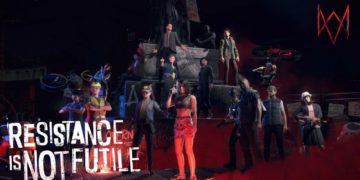 Watch Dogs Legion is a fun game as long as you don't take it too seriously. Its technical and narrative...