Last November, EVGA published a notice that a shipment of their GPUs has been stolen. While its not outside the realm of possibility, its the actual method of how the shipment was stolen that piqued the curiosity of many. The GPU shipment stolen was an entire truckload containing NVIDIA RTX graphics cards with individual card prices going up to just below $2000. While EVGA has already listed the serials of the stolen batch as stolen, many had a bit of fun with the thought, recalling shades of Fast and Furious’ truck heist scenes. Meanwhile, EVGA has not had any success in tracking down the stolen goods… until now, that is. 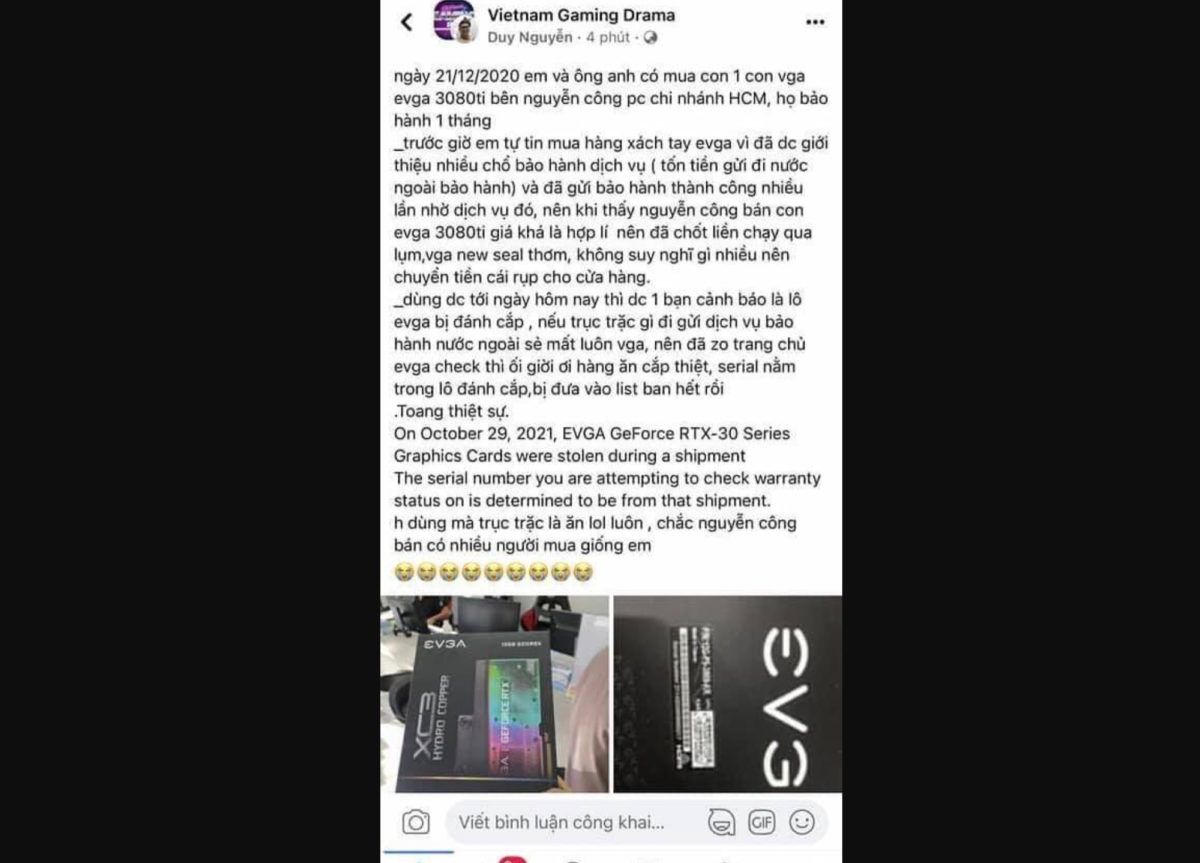 Just a little bit over  2 months and we now have an update on this case with some of the GPUs reportedly surfacing for sale in Vietnam. The discovery was made when buyer Duy Nguyen posted images of his EVGA card after finding out there was a stolen batch of GPUs and his card was part of this batch.

The user reportedly bought the card from Vietnamese dealer Nguyen Cong Computer (NCPC). A month earlier, NCPC posted on Facebook a bunch of EVGA graphics cards for sale. NCPC states that they did not know of the matter and was only alerted on the situation when a user reported that the serial number reflected as stolen in EVGA’s website.

NCPC has since apologized and has offered to recall all GPUs from the batch. The dealer states that the source of their GPUs was a certain “Hoang Minh” who told NCPC that the cards only had a 1-month warranty despite EVGA’s global 3-year warranty for graphics cards. Due to the ongoing GPU shortage, there has been a thriving gray market for PC parts particularly GPUs and CPUs which may be the reason why NCPC did not doubt the supplier.

This confirms that the stolen GPUs may have been forwarded to a fence which distributed the GPUs thru lot sales in various regions, one of which is Southeast Asia.