The global PC leading brand, GIGABYTE, has launched the new AERO series Creator Laptops with the latest 11th Gen H-series processor today. Earlier this year (2021), a series of GIGABYTE laptops with NVIDIA GeForce RTX 30 Series Laptop GPUs to bring a “truly enhanced performance” have been released in GIGABYTE’s online product launch event, Performance Above All. Their performance test score reached a significant increase of 30%1 compared with previous models, which led to a craze of purchases by many creators and gamers.

Despite the challenging circumstance of the global supply chain, the sales went the opposite direction, resulting in an exceptional outcome. Unlike the low-profile version H35 4-core 8-thread CPU launched by the processor giant Intel in early 2021, Intel Core i9-11980HK and lntel Core i7-11800H of the 11th Gen H45 CPUs come with 8 cores, 16 threads and 45 W, leading to AERO’s breakthrough increase of 25%2 in performance score. Within the red ocean of the laptop market, the AERO series has aimed at the creators’ market by providing advantages in OLED display with the world’s only dual-certified color calibration and their extremely high performance, seeking for the final victory. 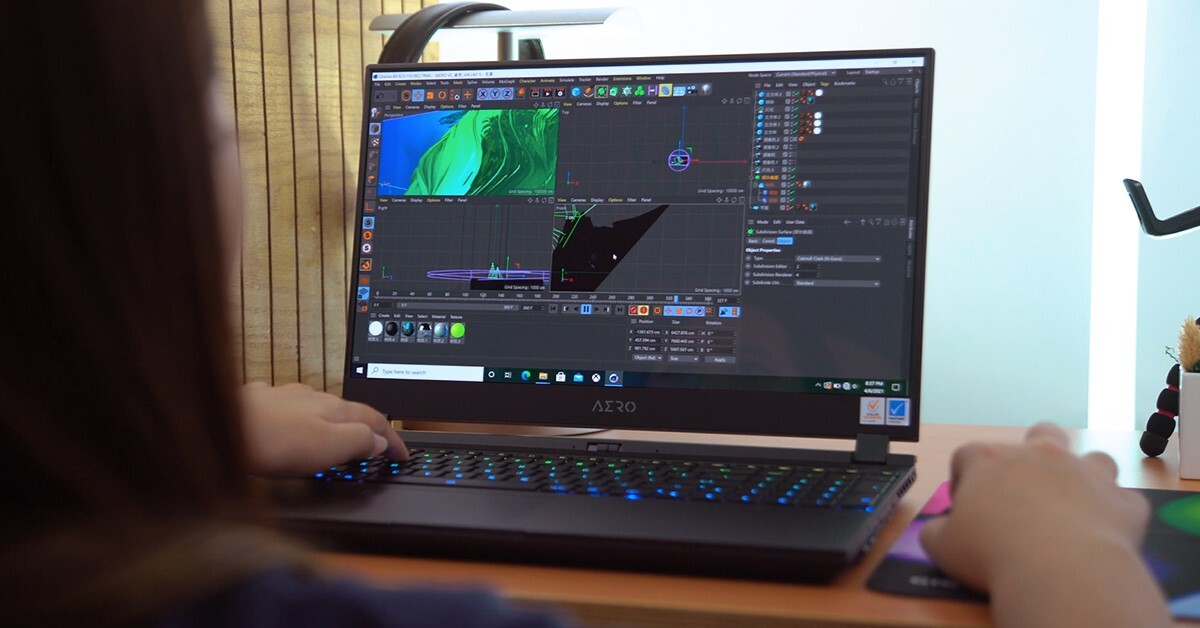 The revisions of the 15-inch AERO 15 OLED and 17-inch AERO 17 HDR this time, all originated from the needs of image editing, picture design, and other creators’ pain points. The new laptops not only reach the balance between high performance and portability which is crucial for creators, but also include the latest version of CPU that integrates Thunderbolt 4 interface, supporting the new-gen PCIe Gen4 SSD as well as Wi-Fi 6, resulting in a significant enhancement in performance and transmission rate. In addition, the new AERO laptops possess the world-leading dual-certified color calibration displays. Apart from X-Rite color calibration process, AERO has also obtained Pantone Validated certification, creating AERO laptops with the most alluring visuals on Earth, giving all creators a smoother and more colorful journey of creation.

The secrets behind the most alluring OLED laptops
AERO Creator Laptops have been winning more and more international awards since their release, including the Red Dot Award for Product Design, the Taiwan Excellence Award, and many others. Jensen Huang, CEO of NVIDIA, has also been so impressed by the AERO series, that he used them as the next-gen notebook example to showcase the visions and innovations of his own company in numerous press conferences. What is the secret behind the screen that has been continuously gaining reputation from media worldwide? In terms of the display, the 4K UHD and color performance of the 15-inch OLED and 17-inch IPS LCD panels consistently reflect the high quality of GIGABYTE products, obtaining the VESA DisplayHDR 400 True Black ultra-high-contrast certification, providing more depth and realism on screen.

The panels are calibrated one by one in accordance with the X-rite Color Calibration before shipment, ensuring a strict standard of Delta E less than 1³. Additionally, the Pantone Validated certification verifies the ability of AERO’s display hardware configuration to accurately simulate the full range of Pantone Color System. This allows designers and manufacturers to work with accurate Pantone colors and enhance their work efficiency. Most of the creator laptops in the market have been chosen randomly to conduct Pantone Validated certification only. The AERO series laptops took a step further and acquired the X-rite Calibration certificate. This will guarantee creators to gain access to all the perfect colors as soon as they turn on their AERO laptops.

GIGABYTE upholds the creator-friendly concepts, pushing the limit of the battery’s existing 94 watt-hours to 99 watt-hours. With its thinness and lightness, plus the battery power that will last for eight hours, users can start creating at anywhere, anytime. Reduced size doesn’t mean reduced connectivity either, as a rich variety of interfaces including HDMI 2.1, miniDP 1.4, Thunderbolt 4 display output, and the UHS-II SD card reader which is most suitable for photography, are all available. Among them, the Thunderbolt 4 interface allows transmission and display with just one cable, providing the maximum output of 4K resolution. With just the addition of an external hard drive, creators can have a unique mobile studio.

The AERO series Creator Laptops are officially on sales as of today. For more information, please visit the official website.