MSI Working on own Stealth Concept with MSI Project Zero

We’ve recently seen GIGABYTE release a video of their stealth concept which reverse motherboard power and basically anything plugged with a cable to the back of the PCB. Seems like MSI is also taking on the concept with their own attempt dubbed Project Zero.

In a Twitter post in what can be assumed is from COMPUTEX 2022, user chi11eddog shows pictures of a motherboard that features no front facing plugs like the power or SATA or front panel headers. As seen with GB’s own design, this does require a case and a GPU to complete the look.

MAINGEAR currently holds the patent for reverse-facing connectors and it may be inferred that MSI will be offering these to MAINGEAR for their own prebuilt selection and MSI can sell them as well as may be part of a kit to complete the Project Zero concept.

For now, only the motherboard has been shown but with COMPUTEX just starting, MSI could release more news afterwards.

New PlayStation Plus Subscription Plan is Now Rolling Out 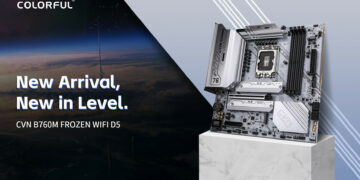