GIGABYTE’s website has become the victim of a group of hackers named Ransom EXX. The group reportedly stole 112GB worth of data which includes highly confidential technical documents containing information about Intel, AMD, and others’ technologies with some potentially still in NDA.

GIGABYTE’s data is currently encrypted as well via ransomware from the attackers. The attack was reported to have occurred in August 2 and GIGABYTE has reportedly shut down its Taiwan HQ systems. This has in turn caused downtime for GIGABYTE and their website affecting consumers by making drivers not available during the span of the downtime.

Employees we’ve talked to have been personally sending drivers to users asking directly for drivers and software for their GIGABYTE products. As of this writing, GIGABYTE”s website seems to be online already with much of its functionality already normal status. 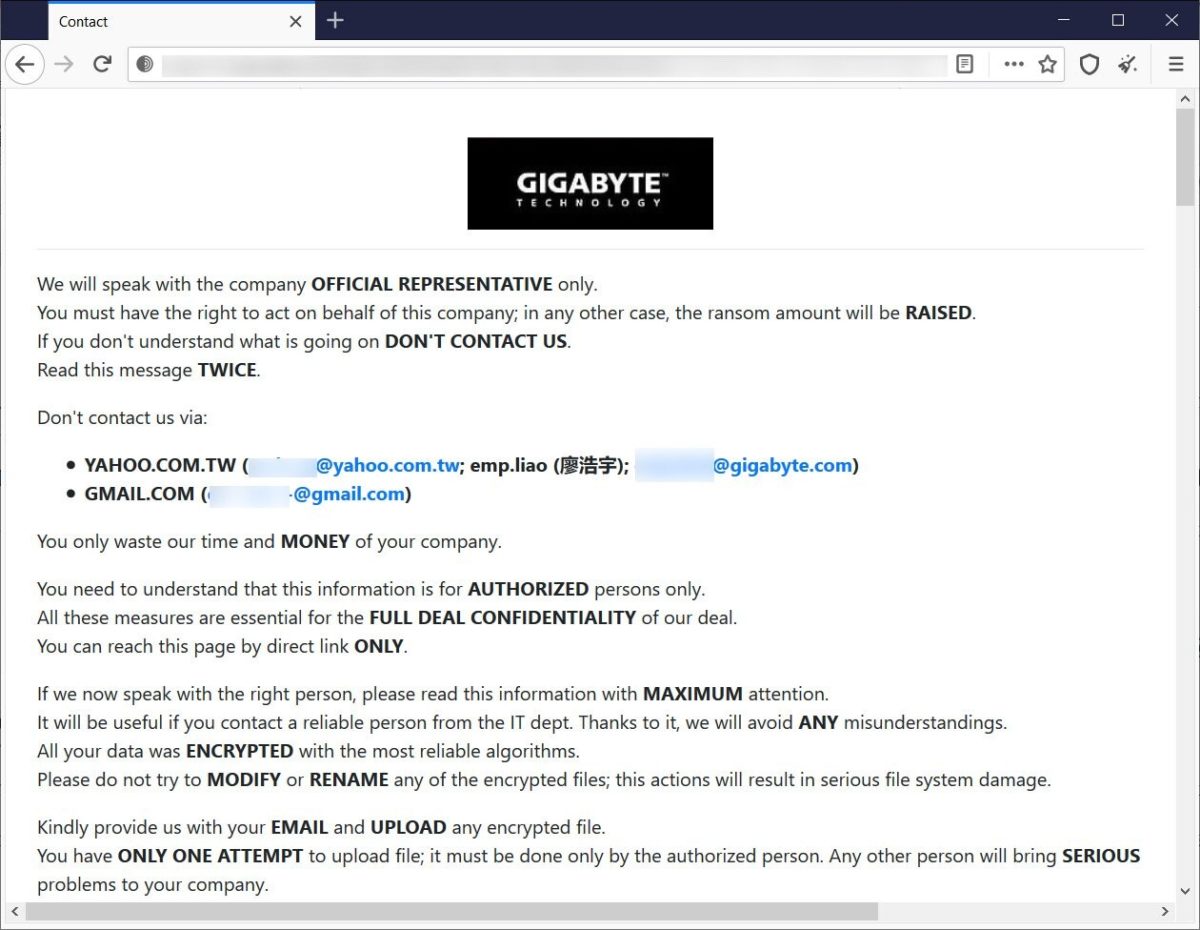 GIGABYTE could possibly make easy recovery from this but it could be facing more serious issues if the hackers release the information they signed an NDA with. Depending on the level of details the information gotten by the hackers and how private they are for GIGABYTE or their partners, GIGABYTE may be highly inclined to keep these information as private as possible.