"One year together"... with a pre-order

As the NVIDIA RTX 30-series finally goes past its first year since being released last September 2020, many gamers have made pre-orders globally as stores made systems to manage the large influx of orders. Many orders remained to be fulfilled and this is not only for local stores as first-parties like NVIDIA themselves and EVGA have had issues meeting demands for the RTX 30. 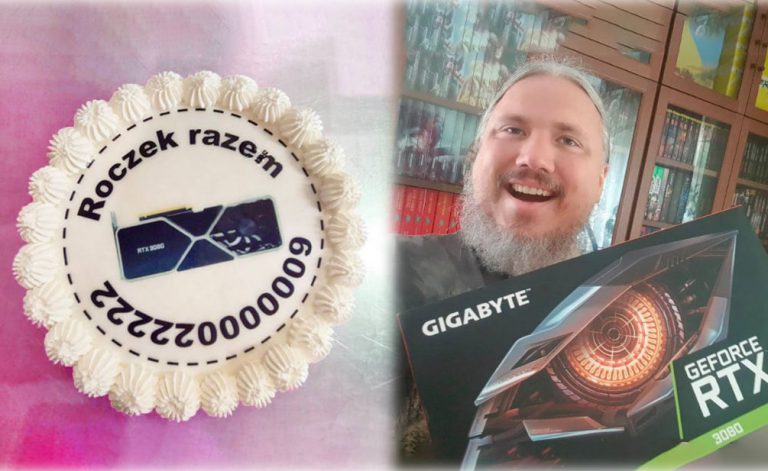 As prices remain high, some stores have safeguards in maintaining pre-order prices for those that create pre-orders. One of these stores is X-Kom, previously infamous for actually cancelling RTX 30-series pre-orders from their waitlist after 10 months but apparently some of these orders remain in their system with a Polish bakery sharing a cake that shows us a an RTX 3080 FE print with the message “One year together” in Polish with the pre-order number.

This cake was apparently sent to X-kom subsequently and as luck would have it, the customer who ordered the cake as a light-hearted jab out of frustration has received an RTX 3080 after 1 year of waiting.

I have to stress that many would miss the problem here and its not that these cards are unavailable, but its because these cards were listed for preorder at SRP, something that a lot of pre-order buyers are not willing to let-go especially with prices now double or triple of SRP. This is the reason why buyers are not letting go of their slots despite more than a year of waiting.