A New Enemy Emerges in Season 9: The latest season continues the The Division narrative and brings agents back to the aftermath of their takedown of a former Division commander-turned-traitor. A new target, Captain Lewis, is out there and the Division must gather intel and face four high-ranking True Sons before they can face him. Season 9 is one of three seasons scheduled to run throughout the year. 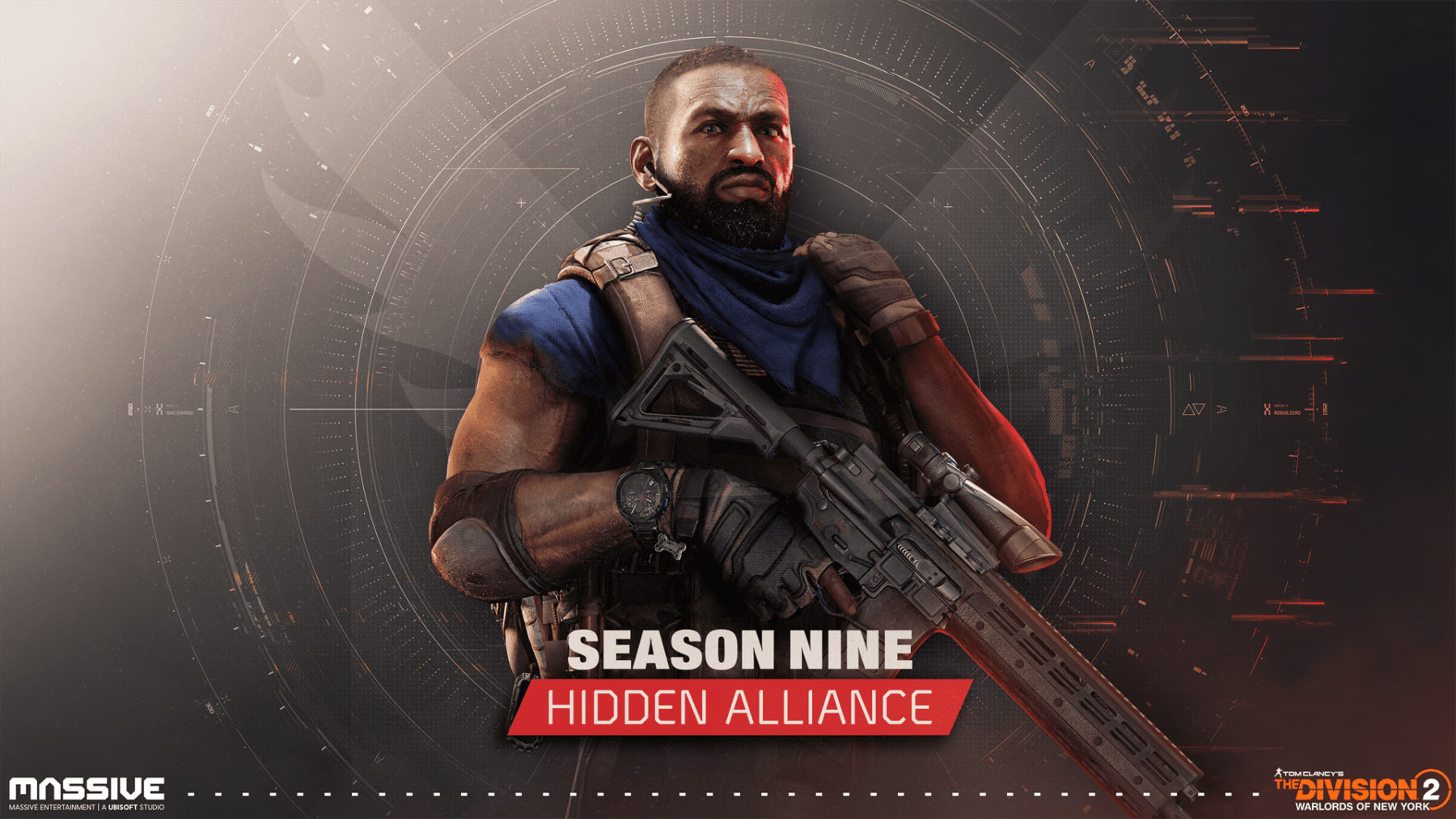 New Eight-Player Co-op Mode: Countdown is a new and intense co-op mode where up to eight Division agents are sent to a power plant and have 15 minutes to stabilize the plant and prevent a lockdown. The agents, deployed in two teams of four, will start at different locations on the map and must work together to overcome the challenge. The Division will be confronted by some familiar foes and will have to fend them off to secure the plant, then call for extraction before time runs out.

New Feature – Expertise: Starting May 12, the Expertise feature gives players a new way to improve their equipment with upgrades to base values such as damage, armor and skill stats. Players can increase their Expertise by using any item in the game. Using more varied items means increasing their level. Expertise also allows players to increase the base stats of each individual item and reach a new power ceiling. 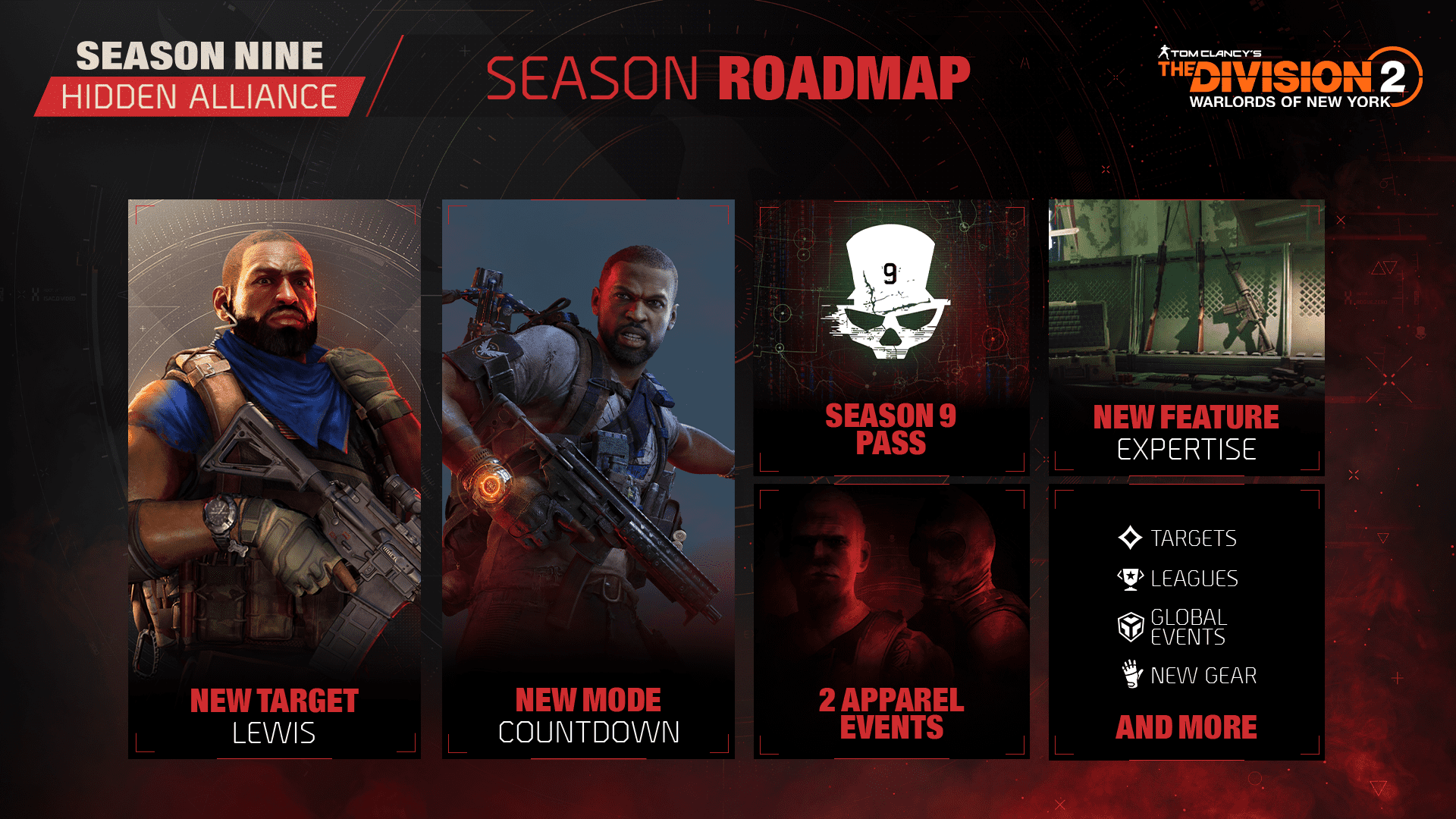 New Weapons and Gear: The new update will also include a variety of new items, including the Heartbreaker gear set, new Exotics, new named items, and more! Additional rewards will also be offered for players with the Season 9 Pass.

Twitch Drops: From May 12 through May 31, all Twitch streamers within the The Division 2 directory are eligible for Twitch Drops. This means all viewers will receive free rewards if they watch any Division 2 streams during that period. Rewards include a Legacy Cache, two High-End Caches and one Exotic Cache. Drops will occur after each hour (watch Division 2 streams for four hours to receive all Drops).

Free Weekend: From May 13 through May 15, The Division 2 will be free to play on Xbox Series X|S and Xbox One consoles, PlayStation®5, PlayStation®4, the Epic Games Store and Ubisoft Connect on Windows PC. 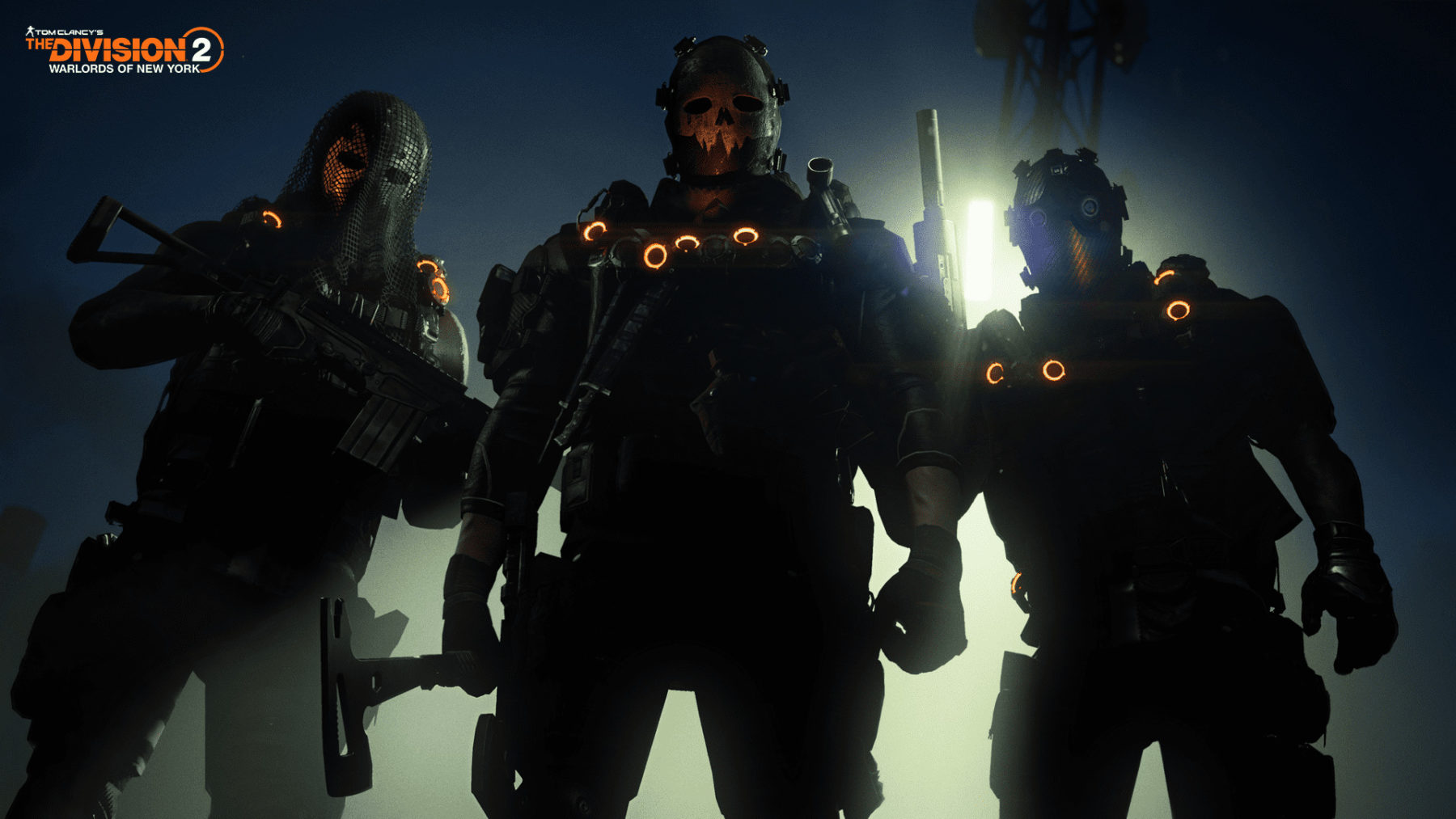