GALAX was in the news recently for posting an RTX 4050 box amongst their other RTX -40 series cards for a dealer event in the Philippines. I can confirm this first-hand as I was barred from taking photos of these boxes by our friends from NVIDIA as well. But that didn’t stop the other dealers who had were taking photos and sharing it on social media with some of them bringing it to Reddit only for VideoCardz to pick them up.

It seems like GALAX is back again on the spotlight with another box as they publish box renders showing the RTX 4070 wordmark on their marketing images.

We’ve recently reported that NVIDIA could be shiping out the RTX 4070 around late Q1 of 2023 alongside the RTX 4060 Ti featuring the AD104 silicon. The card is expected to have 5888 CUDA cores with 12GB of GDDR6X 21Gbps memory while the RTX 4060 will have a further reduced CUDA core count.

Looking closely at the box renders though, they are obviously the GALAX RTX 4070 Ti as denoted by the side label but it with tech media covering them not to talk about the confirmation but rather to further detail the specs, it is quite obvious we’ll be seeing this cards in the flesh soon. 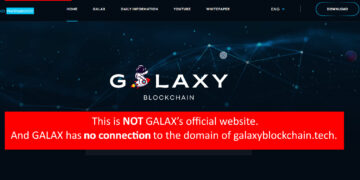 A blockchain project claiming to be supported by GALAX is being outed as a fraud by the GALAX themselves. Galaxy...