Today’s landscape for mobile device ownership see a more extended life cycle for devices as most users replace their products after 2 or 3 years. It is known that after such time, the potential of failing batteries can contribute to the devaluation or complete decommissioning of the device despite everything else being fully functional.

With that in mind, the European Union is seeking to extend this by urging mobile device makers to improve battery life as well as offer replacement parts up to 5 years after a product’s launch. This could see this motion pan in 2 ways: battery technology improvements from the device maker that would see the device retaining 80-83% of its initial charge after 1000 charging cycles. On the other hand, they may also offer replacement batteries and back covers so that users or third-party repair businesses can offer the battery replacement service.

The initiative also pushes for manufacturers to provide more than just battery as buttons, charging points, cameras and other vital components is being considered to be provided within a 5-year period with other parts like the SIM card tray and charging ports and assemblies to be made available for a longer 7 years.

Feedback is still being collected on this initiative and is still under the proposal review process. Once considered, it may be until the end of 2023 till the law gets passed and there will still be a grace period for device makers to comply. 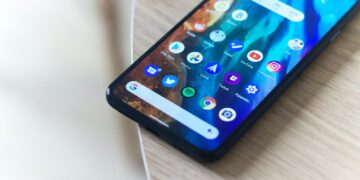 So, browse the following information and become a pro at playing fun games on your Android device in no time.