This morning, Siliconera posted a story about the revelation of a sequel to 2009’s Dissidia: Final Fantasy. Known as Dissidia Duodecim: Final Fantasy. The title is slated for release next year for the PSP. Details are pretty scarce at the moment, but according to the Shonen Jump scan they posted, it’s confirmed that two new characters will be joining the fray: Kain Highwind from Final Fantasy IV and Lightning from the most recent entry in the series, Final Fantasy XIII. View the scan after the jump.

Dissidia was one of the reasons I bought a PSP in the first place. I think my neighbors freaked out when they heard me scream â€œ[email protected]$%% YEAH!!!â€, but I digress. We’ll keep an eye out for additional details and media in the coming weeks and month. Speaking of which, the 2010 Tokyo Game Show is just around the corner. Keep your fingers crossed and hope it makes an appearance there in any way, shape or form.

On a final note, let me ask you, who would you like to see in Dissidia Duodecim?

Remembering Dad as a Gamer

In a really weird turn of events, Billy landed himself a job in the radio industry and has been there ever since. You can listen to him talk about video games and make ridiculously obscure references on The Bonus Stage, Mondays to Thursdays at 9pm to 12mn and Saturday mornings at 6 to 9am on 99.5 PlayFM. 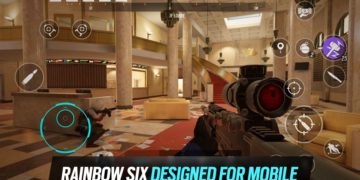 R6 Mobile CBT for Android starts today for PH, NA, SG, and a couple more regions. Register in-app to for...

Are you ready for the mighty Patapons again?

How Did We Discover the Rocket Jump?