Following the hype of the recently concluded Computex 2019 where AMD announced the Ryzen 3000 series CPUs and previewed the upcoming RX 5700 GPU, AMD now takes the stage at E3 2019 to announce their new family of 7nm GPUs. The new RX 5700 series is based on the new RDNA Architecture using TSMC’s 7nm FinFET process. Back at the Computex 2019 preview, we were shown a demo of Strange Brigade pitted against the RTX 2070. with a bare win from the red team. 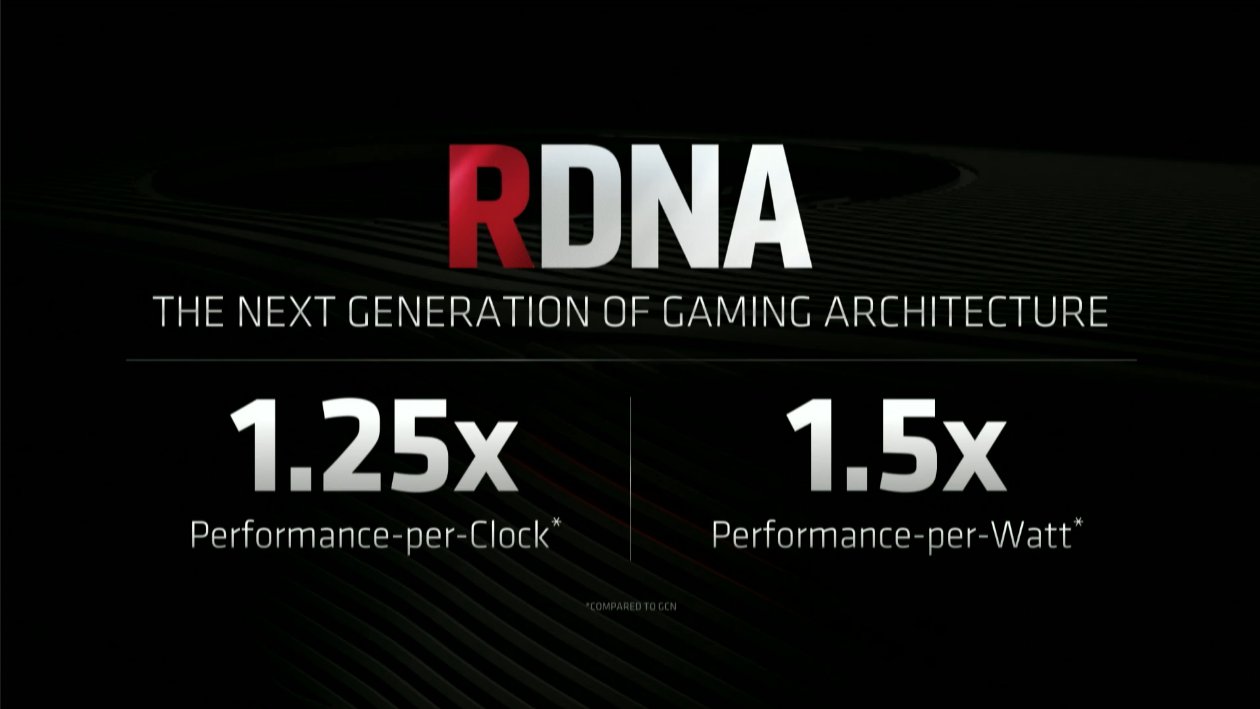 The 7nm Navi GPU with the RDNA Architecture is the world’s first PCIe 4.0 compliant graphics card. Thanks to the 7nm process, the RX 5700 series is able to have a 25% improvements in IPC compared to Vega as well as a 50% improvement in power consumption. 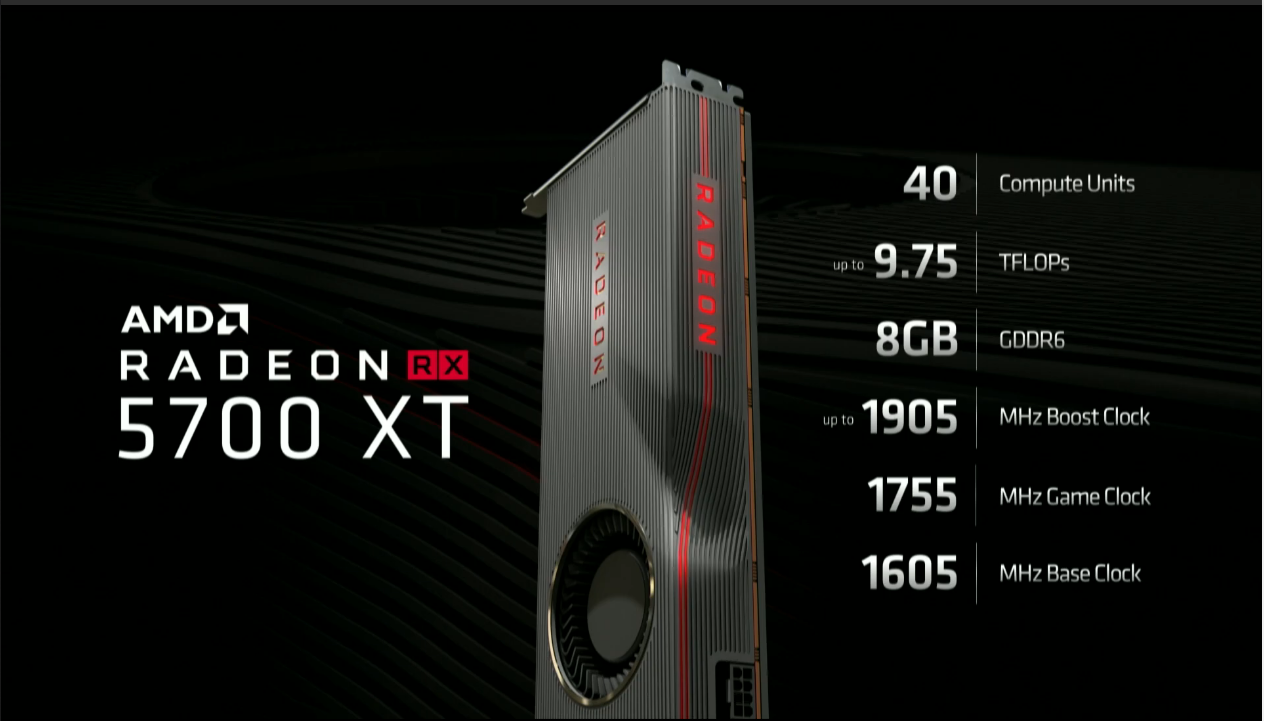 First of the product stack is the Radeon RX 5700 XT boasting a 1605 Mhz Base Clock with a boost clock of 1905 Mhz and a “Game Clock” of 1755 Mhz. Gameclock is basically the average speed which the new Navi GPU will run. It uses 8GB GDDR6 memory which is a little surprising considering AMD has been upfront with HBM memory. The R700 XT ran World War Z with an average framerate of 116 fps compared to the RTX 2070 which ran for an average of 102 fps. 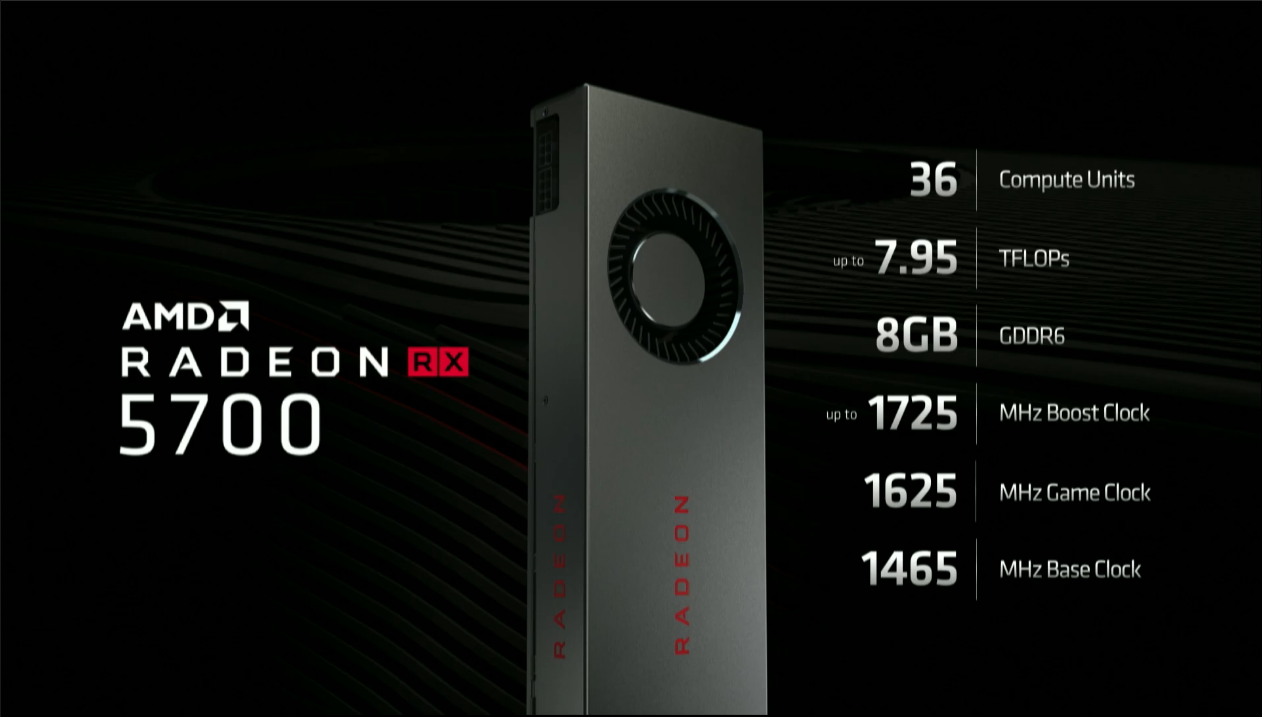 A cheaper variant of the 7nm Navi GPU is also announced to compete against the RTX 2060 at a cheaper price point. The RX 5700 has a slightly lower base clock of 1465 Mhz with a boost clock of 1725mhz. The lower count of compute units and TFlop performance is able to generate an average frame rate of 88 fps on Apex Legends. The RTX 2060 on the other hand, manages an average frame rate of 72 fps. 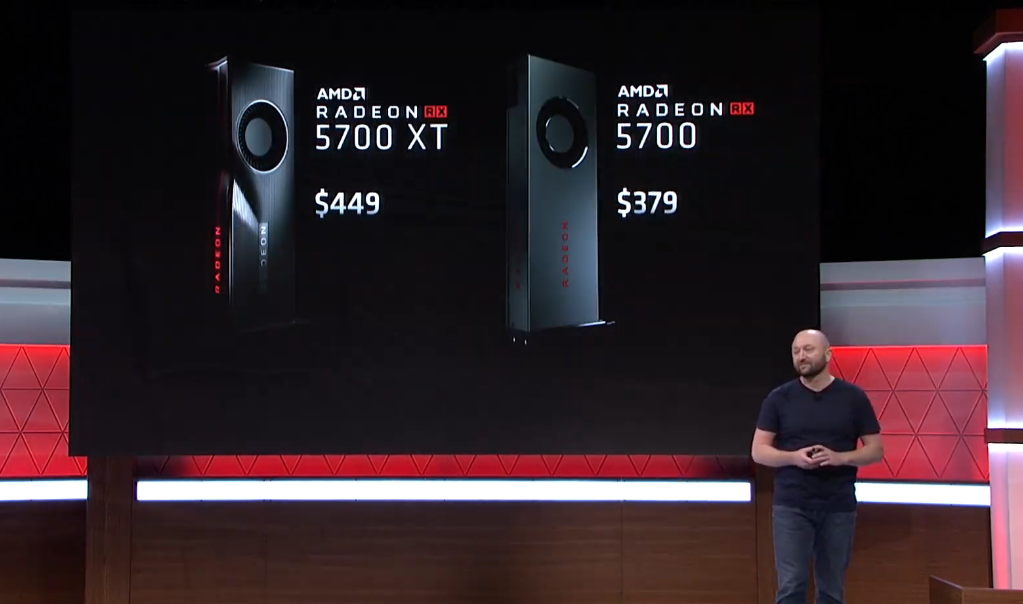 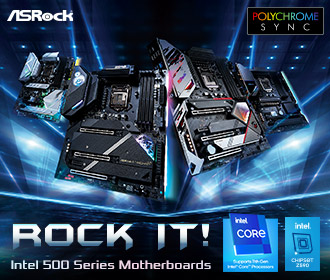 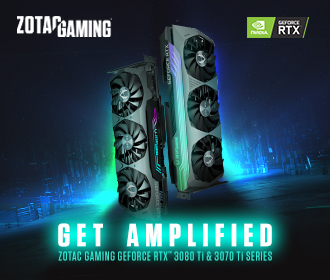 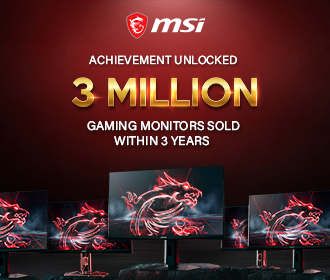 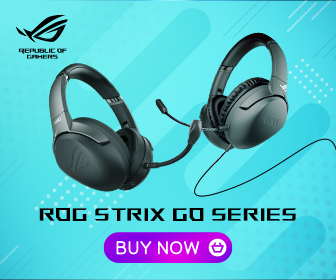