Fresh off NVIDIA’s RTX 4090 launch, AMD is reminding everyone that they will be launching/unveiling their RDNA3 on November 3rd. That said, some confusing wording as AMD SVP & GM for Radeon Scott Herkelman uses the word “launch” while AMD Gaming Marketing Director Darren McPhee terms it as an unveiling. Semantics aside, AMD’s announcement is set and we may see the Radeon RX 7000 by December with an opening launch of their flagship card.

Join us on November 3rd as we launch RDNA 3 to the world! More details to come soon! #RDNA3 #AMD pic.twitter.com/oftq1Fjrgt

A leaker from Chinese Bilibili (because Bilibili PH is an anime streaming site from the same company) going by ECSM suggests that AMD’s RDNA3 launch will be headlined by their top-end card and then followed by a secondary flagship card. Its unclear if this refers to an RX 7800XT and a RX 7900 non-XT card or perhaps at Radeon RX 7900XT and a RX 7800XT combo.

The leaker goes on to state that AMD may struggle against the RTX 4090 so AMD may position their cards at a more attractive price point.

AMD Radeon RX 7000 will be based on TSMC’s 5nm node and will support AV1 encoding like Intel’s Arc and NVIDIA RTX 40 cards. 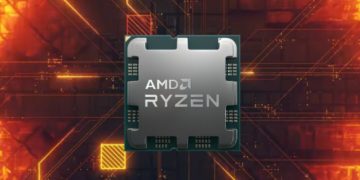