Online Gambling in India set to Get Costly – Reasons

On March 1, the Indian government announced a slew of new regulations for the country’s online gambling industry. The rules, which will come into effect on April 1, are expected to increase the costs of doing business in the sector significantly. If implemented, there’s controversy on whether it may weigh down the geometric growth of the gambling industry.

Here’s a look at what you need to know.

Why the Cost of Gambling is Set to Increase in India

Gambling is about to get a lot more expensive in India. A group of state finance ministers has proposed a flat 28% goods and services tax (GST) on all gambling activities, including online poker and fantasy games.

The tax will be levied on the entire “face value” or “bet amount,” meaning that gamblers will have to pay more upfront when they buy betting instruments. The panel of ministers also decided that the tax would be applied to every betting transaction, making gambling even more costly.

This news is sure to disappoint gaming enthusiasts across the country. So, if you’re looking to gamble, you might want to do it sooner rather than later—before the new taxes come into effect.

Why the Move for Increased Tax Policy on Gambling?

The online gaming industry is lobbying for a high GST rate, claiming that a high rate would make the entire industry unviable. This would have a devastating impact on the industry, which employs around 45,000 people.

If the GST council approves these recommendations, it would be a major setback for the industry. The online gaming industry is a $2.2 billion industry, and a move into the higher tax bracket would jeopardize its future. The gaming industry provides skills-based games like e-sports, rummy, poker, chess, and fantasy games.

A lower GST rate would ensure that the industry can continue to thrive and provide employment opportunities for those who rely on it. The panel of ministers is expected to make a final decision on the GST rate for gambling soonest.

When is Indirect Tax Charged?

International experience suggests that the former is generally the case. If the platform offers games of chance that are characterized as betting or gambling, then the tax is usually levied on the entry fee or wager.

However, with the proposed convergence of GST rate by GoM at 28% for online gaming, it remains to be seen how the valuation mechanics will be prescribed for skill-based games.

In line with international practices, the value for online gaming should be the gross gaming revenue or the rake fee (platform fee) and not the entry amount or stake. However, only time will tell what will actually happen.

Any Tax Impact on Method of Payment in India?

There’s absolutely no tax implication on the payment method used for gambling deposits. However, small fees may be charged not by government but by the payment company as transaction fees.

RuPay casino deposits, Neteller, and popular e-wallets are absolutely free. However, winnings are taxable, as per section 115BB of the Income Tax Act. The winning amount attracts a tax at a flat rate of 30% excluding cess. The net rate with cess included adds up to 31.2%.

This provision has been in place for some time now, and there has been no change in the payment method since its inception. Thus, it is safe to say that any impact on the method of payment would significantly impact the gambling industry as a whole.

Two possible scenarios could play out if this were to happen. Firstly, the industry could move towards a system where taxes are deducted at source. This would mean gamblers would have to pay taxes on their winnings before receiving them.

Alternatively, the industry could adopt a system where the gambling operators pay taxes. This would increase the cost of gambling, leading to a decrease in demand. Ultimately, any changes to the current system would have far-reaching implications for the gambling industry. 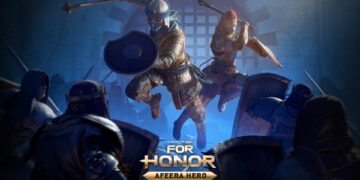 The Growth of Sports Betting in Malawi: BetZillion's Expert Overview