There is no best ship in Star Citizen as it is a sandbox game that comes up with a variety of different roles. Some are purely combat ships, while others are better options for hauling cargo or exploring deep space. Players usually opt for a multi-role ship instead of a specialized one because it works in almost all situations.

There are various other aspects of the game which affect the ship’s performance, such as the crew size and lone wolfs will be having a difficulty compared to team players. There is a maintenance cost and insurance that shipowners have to pay from time to time. Buying a ship is one thing, but you have to constantly spend money to keep them running.

The layout of the ship should be the first thing that you should look for when buying a ship as well as you can test them before finalizing the purchase decision. A ship with a maximum capacity of two or three persons is best for single players, and they won’t be able to use a ship with more capacity than this. Here are the nine best Ships in Star Citizen that you can choose for your adventure. 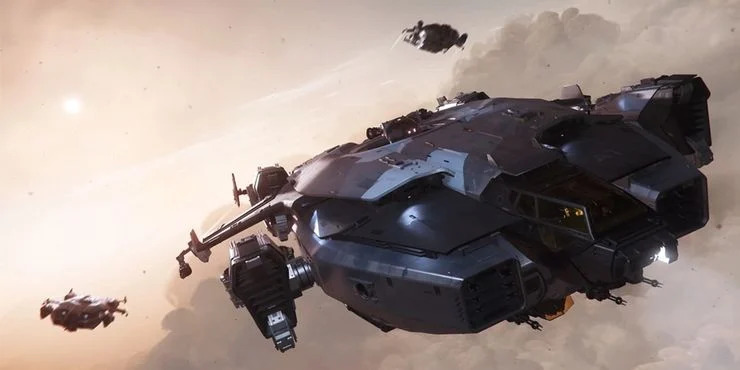 By looking at the data, it is safe to assume that the military faction invests the biggest amount on their ships among all other factions. As a member of the military faction, you never know when you have to engage in a fight, and staying ready for every situation is the best strategy.

There are many ship designs that are for military use in Star Citizen, and Valkyrie is one of the best ships in its category. Its hanger can carry vehicles and troops, making it a dropship and a warship at the same time. With its powerful thrusters, going anywhere in the space is easy and takes way less time.

Avenger is an all-time favorite ship of many, and it will remain so for some time as it features something for everyone. It has fair cargo room, some combat capability, speed, and maneuverability, and it isn’t as vulnerable as some of the other beginner ships. It is a jack of all trades ship and the best choice when you’re just getting started. You don’t have to land on a planet or a space station to log out, as it features a bed. The Avenger can handle both cargoes and fights pretty well. You will need auec to upgrade your ship, and you can get Star Citizen auec if you have already used it upon buying the ship.

The RSI Aurora series is a cheap and fragile ship making it the first choice for beginners. The only worst thing about it is that you have to upgrade it after a time. Its price attracts a large number of beginners who have a tight budget but still want a good ship in their arsenal. It is a one crew ship with a maximum cargo capacity of six SCU.

For those who play Star Citizen with their friends, the Pisces is a good choice. It features some offensive capability, two extra seats for your friends, good cargo capacity, and the ability to carry boxes around for box delivery missions.

Compared to various other ships on this list, the Pisces is pretty new, making it an attractive choice. It is best for space exploration, scouting, and recon missions.

The spaceship can make a big difference when you are an ace fighter pilot and want to achieve the glory of the best pilot. With a variety of different guns, nothing dares to stand in your way. Buccaneer is faster, smaller, and more maneuverable in Star Citizen through which you will be able to show your piloting skills. It is an interplanetary single-person ship but can take on big targets effortlessly.

There are lots of colonies on various planets, but the majority of space is still free, and there is no law in space. Raiders can attack you anytime, and there is no guarantee of safety that you will be able to return home.

Developers knew this and made a few ships to make it possible for beginners to returning home safely. The Vanguard-Sentinel is a two-pilot spaceship that comes up with a variety of different weapons.

Space exploration is pretty enjoyable, but the space is lawless, and this makes it very dangerous. Hiring the crew for a big ship is a difficult task. Star Citizen doesn’t offer ships with just one crew member, so the Terrapin is a jackpot. It features extra armor and a shield to protect you from enemy attacks, while its sleek design makes it a powerful ship. Turn in any direction by using the four directional boosters on each side. Give befitting replies to enemy attacks with the best weaponry.

Transport items between two locations in space with the Mercury Star Runner ship. You can pilot this ship and still fight with enemies at the same time. It has a massive wingspan, and it can carry more things than you can imagine. It requires a minimum crew of here persons. 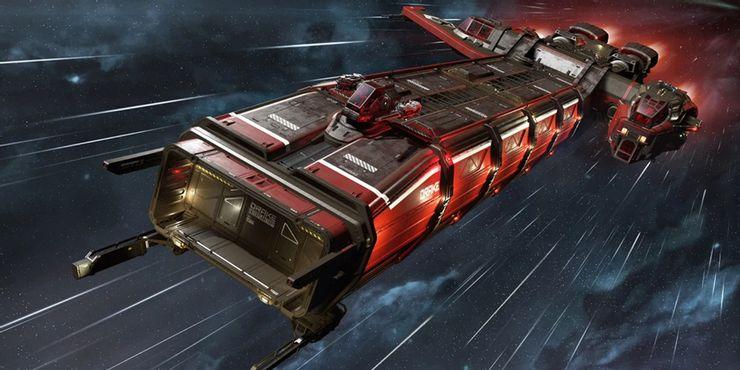 Much of the universe is empty, but this doesn’t end problems at all. There will be issues, and the biggest of them all is that you will have to stay safe from enemies. Although the space has a lot of nothing to offer, there is plenty of content in the game to balance it out. As a result, a solid and dependable spaceship is sometimes the best choice.

Drake Interplanetary Caterpillar comes to the rescue as this massive transport vessel is designed to travel long distances with heavy cargo. A large number of people may work on it at the same time, and it’s not too expensive for cargo carriers to begin using. MMOpixel provides you with packages that include ships and auec currency to enable you to save some money.