The Argument Rages On: How do you Pronounce NVIDIA’s Ti?

Today in NVIDIA’s keynote, Jensen Huang took a backseat in leading their keynote and Jeff Fisher, SVP at NVIDIA, took us out of Jensen’s kitchen for their COMPUTEX keynote. NVIDIA announced a few things but with rumors already circulating, many were anticipating the announcement of NVIDIA’s RTX 3080 Ti and RTX 3080 Ti. But one thing isn’t sitting well with enthusiasts and its not stocks, its not pricing, its how Jeff Fisher pronounces Ti. And he says it as “Tie”. And some people are not comfortable with it.

Who cares about these things? Well, plenty of people do

The NVIDIA Ti product naming was present all the way back to the GeForce2 days and from what I recall even back then it had something it was referring to. The word Ti itself is derived from Titanium which today we can see also used in the NVIDIA’s Titan-class products. The Ti naming doesn’t really serve anything aside from denoting another product to differentiate it from a main card to which its usually more superior to.

If you search for “NVIDIA Ti pronunciation“, you’d be littered with numerous results of forums threads answering the same thing.

And luckily that first result from Reddit actually links us to an NVIDIA employee.

How do they say it in NVIDIA?

So this employee goes on to state that they pronounce it as “Tye” in NVIDIA. Yes: TIE. TYE. Tie. And this is also the same pronunciation that Jeff Fisher uses in the keynote. You can see it below:

He goes on to announce the RTX 3080 Ti and then the RTX 3070 Ti and pronounces at TIE. And some are just not comfortable with it.

The oldest Ti card announcement I know from video is for the NVIDIA GTX 560 Ti which is presented by Justin Walker.

In the video, just like how Jeff Fisher says it, Justin Walker also pronounces it as TIE. Not TEE-EYE. And this goes back even further with some older cards wayyyy before Youtube’s inception.

So it looks like NVIDIA internally says it as TIE so why are people so disturbed by it? Because NVIDIA’s big boss Jensen Huang doesn’t say TIE. He says Tee-Eye.

Because Jensen Said So 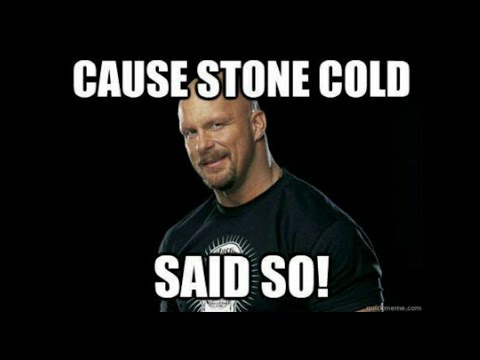 As the president and CEO of NVIDIA, Jensen Huang does what Jensen Huang wants. He’s the man behind the big green brand after all. But from what I can tell, even from NVIDIA’s branding guidelines, that the NVIDIA Ti pronunciation is outlined but Jensen Huang only pronounces it as TEE-EYE (T- I) during talks and presentations. Historically, Jensen has made all of the announcements for all graphics card launches. Here’s one from way back when he announced the GTX 780 Ti:

And here’s the main reason why I believe people are riled up about this. Having no definitive declaration of an official pronunciation, people gravitate towards people of authority. And there is no greater authority than the CEO and with Jensen making all the announcements, being the frontman of sorts leading the recognition of these products, people will stick to how he delivers it. Jensen Huang says it as TEE-EYE.

But at the end of the day…

It actually doesn’t matter how you say it. Being in the tech media, we’ve worked with NVIDIA employees using both TIE and TEE-EYE. Its just how the person chooses which one to use and some may be in a team where TEE-EYE is the thing and sometimes a person may be in a TIE saying team. At the end of the day, we still can’t buy GPUs at retail prices and that hurts so much.

3 Tips for picking the Most Trusted Online Slot Casino

How Lady Dimitrescu Will Return to Resident Evil

Mega-spoiler article so you have been warned as walk thru the details on how Capcom can bring back for the...

What's up with this motherboard?

Takeru Satoh's  behind-the-scenes special "Road to Kenshin" chronicles his journey in filming some of the difficult stunts throughout the past...

Where to Have Fun in Canada

Well, whichever way you’d like to spend your holidays, Canada is one of the most versatile countries you can visit....

No Result
View All Result